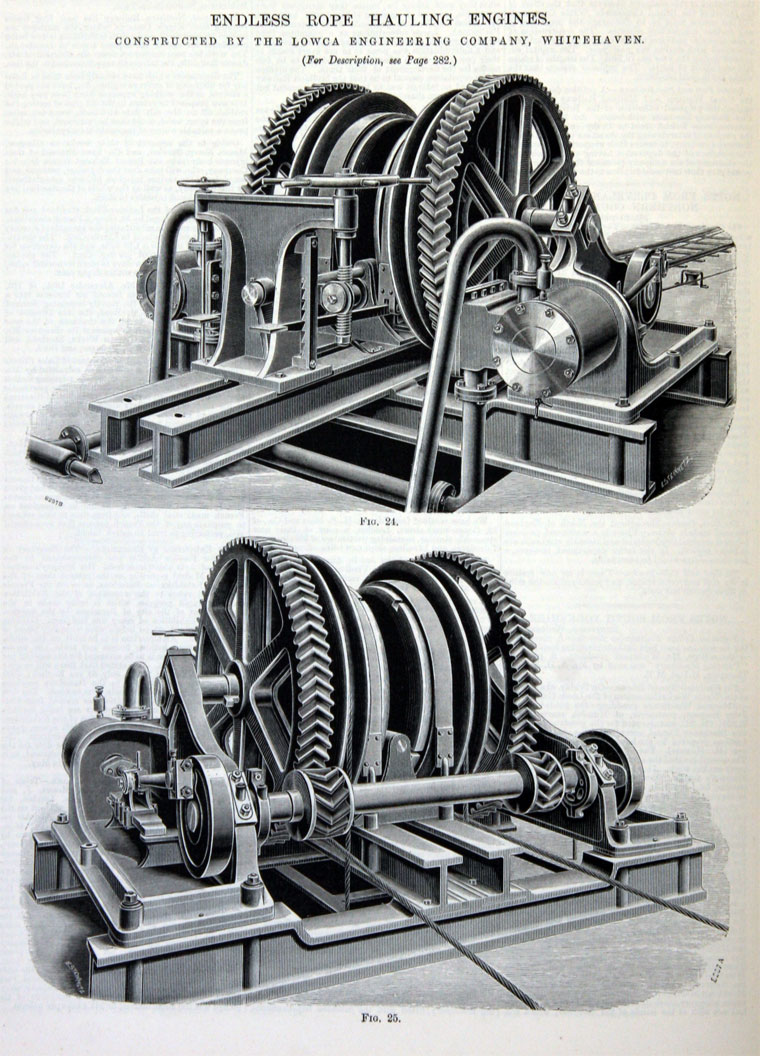 March 1888. A hauling engine with duplicate helical gearing in the ratio of 5 to 1, and a friction clutch. 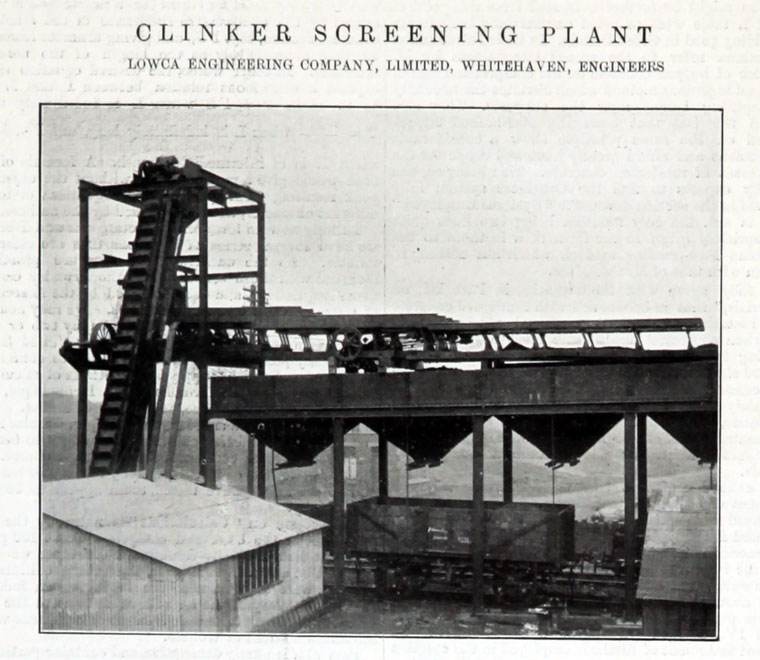 of Lowca, near Whitehaven, Cumberland

1857 Fletcher, Jennings and Co took over the business of Tulk and Ley of the Lowca Engine Works.

By 1884, 171 locomotives had been built. Henry Allason Fletcher retired. The company acquired limited liability status as the Lowca Engineering Co.

1905 The name changed again to the New Lowca Engineering Co but it was short-lived. Orders had fallen.

1909 Produced the Lowca tractor unit designed by Harry Bentley (2) for the War Department and using a V8 engine.[1]. The engine was described and illustrated in The Engineer. The cylinders were arranged in V-formation, with tandem HP and LP cylinders. The HP cylinders were 2in. bore, and the low-pressure pistons had 5in. effective area, after deducting the area of the high-pressure trunk, the stroke of both being 4in. Steam distribution was effected by a single camshaft and poppet valves on the lines of the petrol engine, but means were provided for causing the valves to revolve so that they re-seated themselves continuously in fresh positions. All the camshaft and crankshaft bearings were ball bearings. The final exhaust took place through circumferential ports in the low pressure cylinder. In the annular chamber surrounding the LP cylinder was a coil of feed·water tubes, so that the feed to the boiler could be raised in temperature by the waste heat from the exhaust steam. On the bench test the engine ran at 700 - 770 rpm and developed 33 BHP.[2]

1912 After a disastrous fire all production ceased.

1927 The company was finally wound. The works had produced 245 locomotive including the twenty by Tulk and Ley