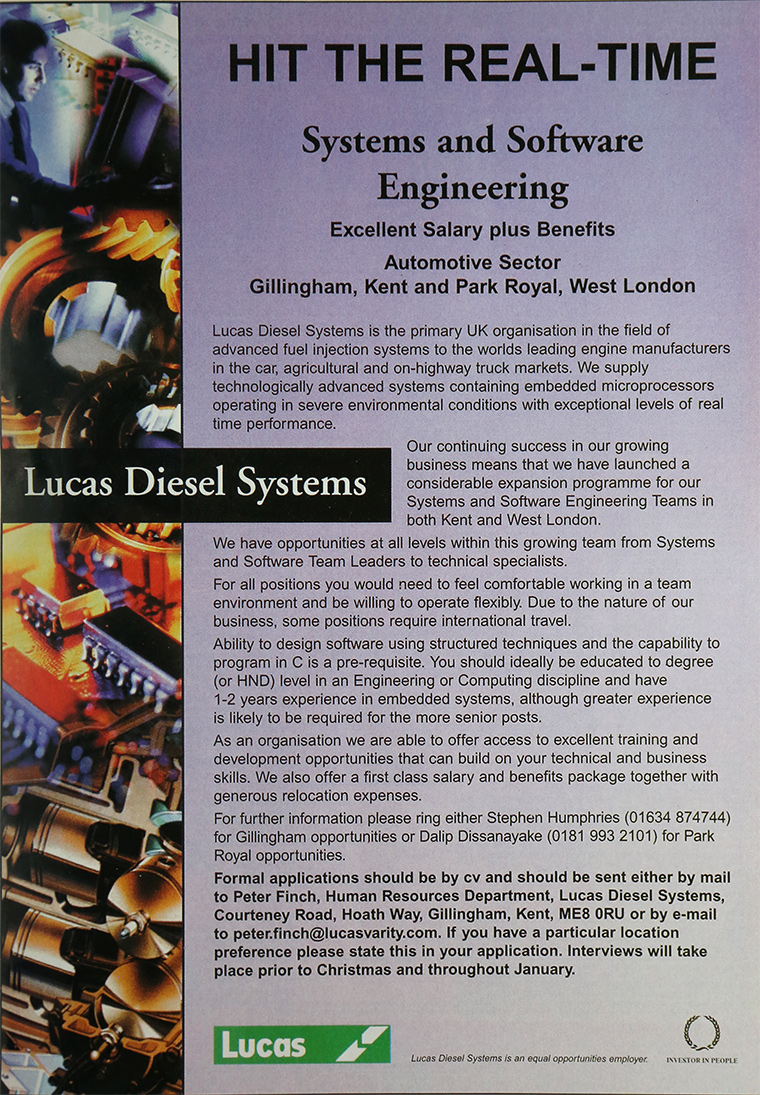 1999 As part of the break-up of Lucas Varity, its new owners, TRW, sold the Lucas Diesel Systems company to Delphi Automotive Systems[5]