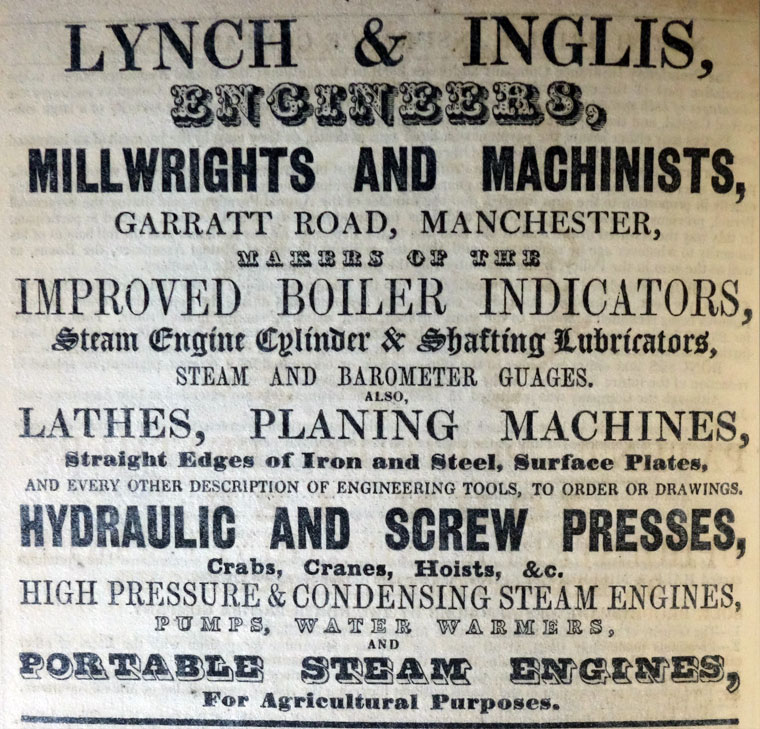 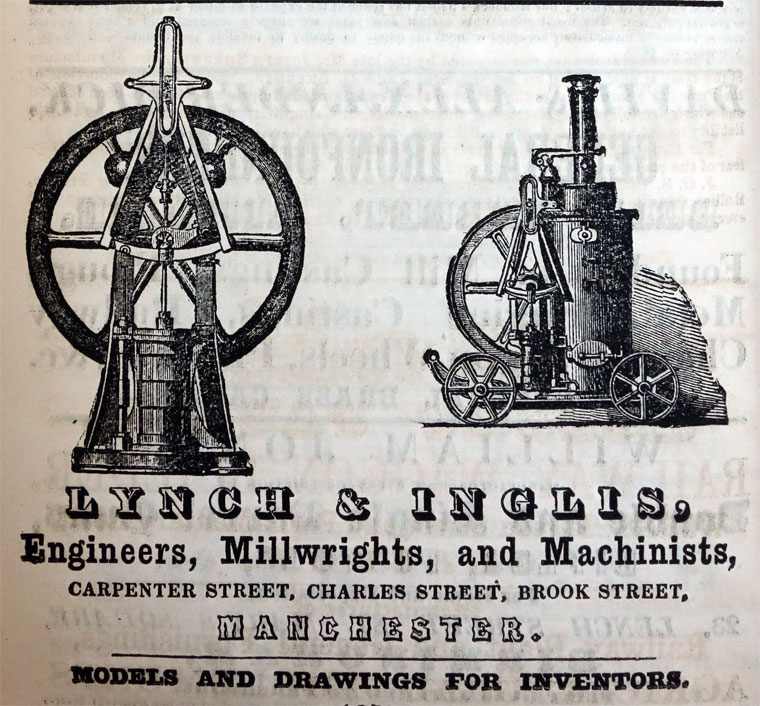 1856 The writer of an article concerning engineering in Brazil noted that at the Ponta d'Area Foundry at Nitherohy [Ponta d'Areia, Niterói], a Mr Maylor was the General Manager, and 'I noticed Mr Lynch, formerly of the firm of Lynch & Inglis of Manchester, in the position of foreman. The establishment is devoted to general engineering and mill work, iron founding and boat building....' [3]