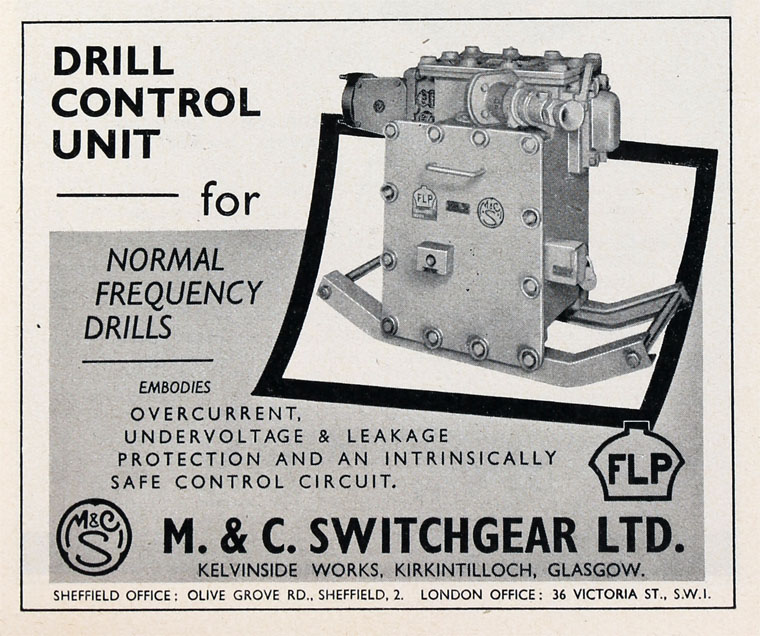 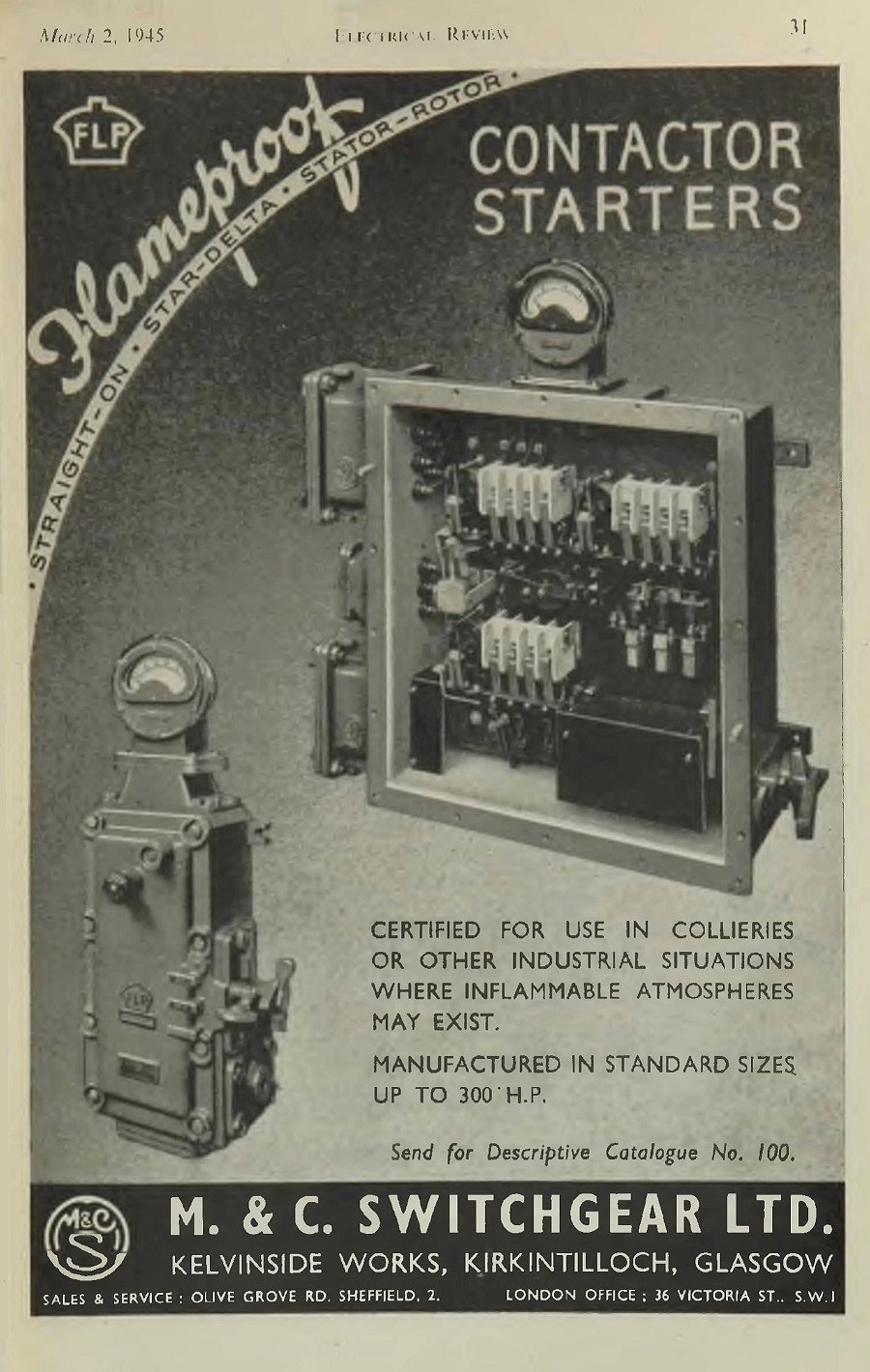 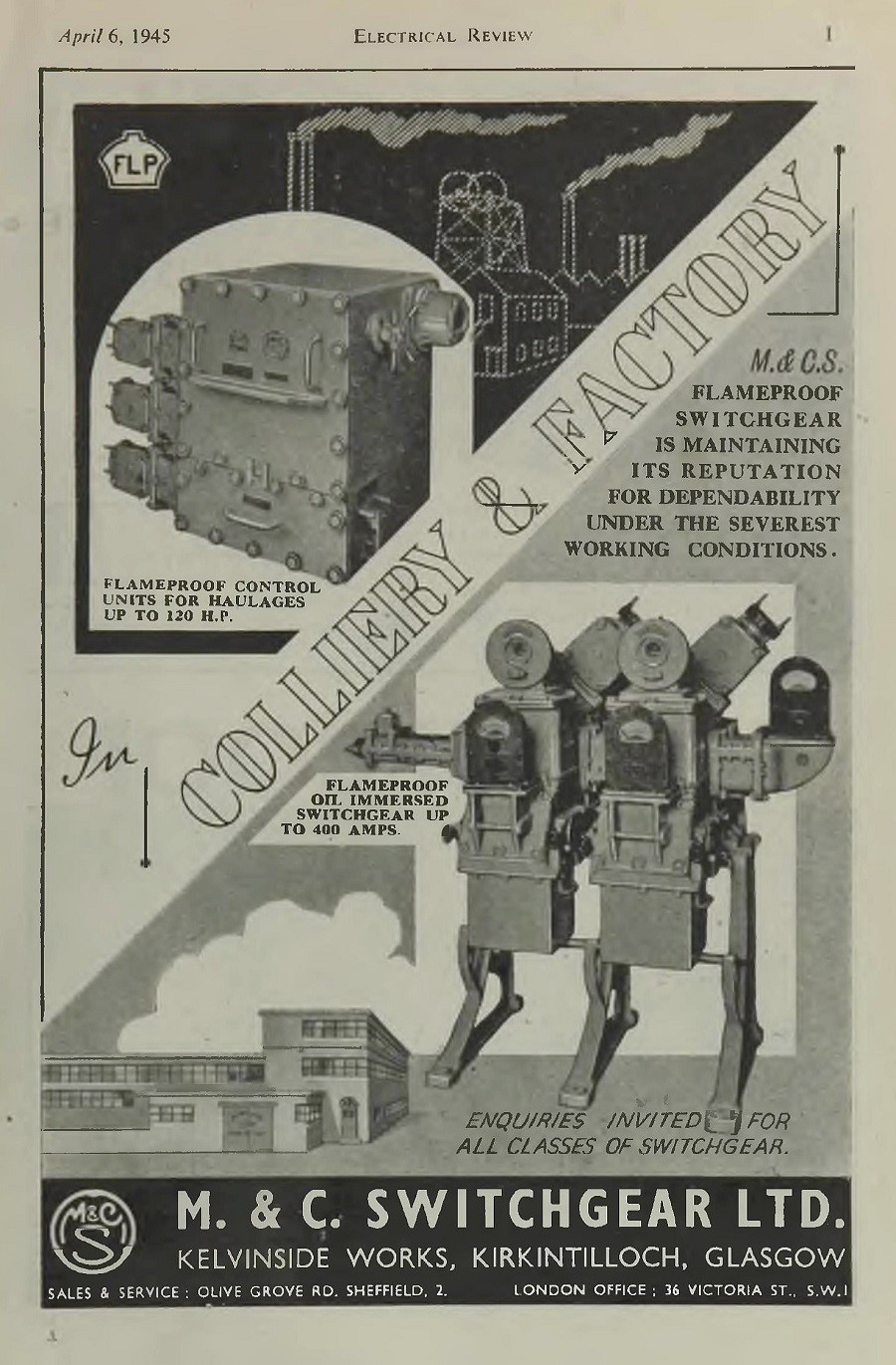 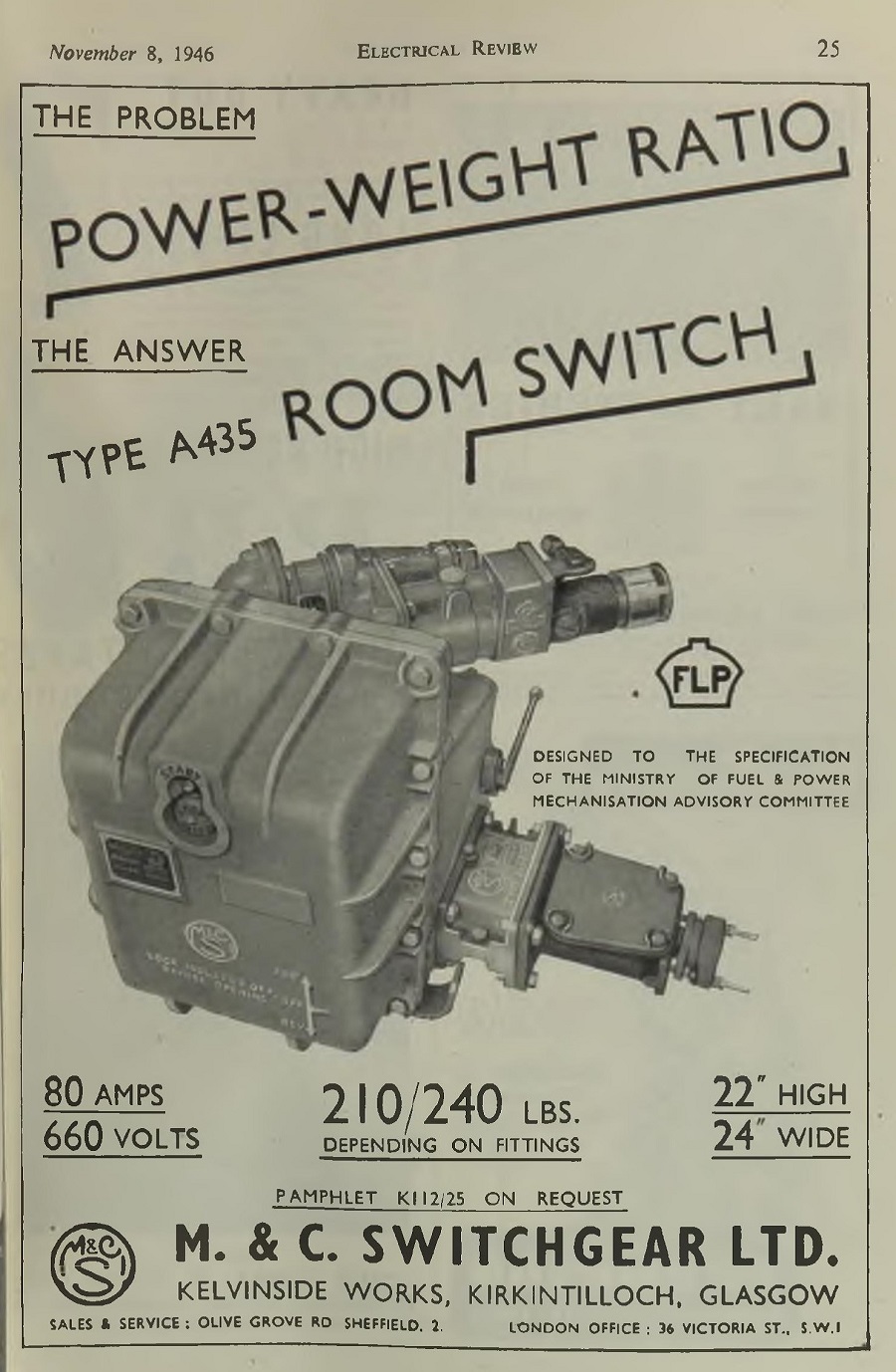 1931 Mavor and Coulson who had started as electrical engineers but were moving into mining equipment, formed M. and C. Switchgear at Kirkintilloch.

1943 Patent - Improvements in or connected with electric switchgear for the control of electric motors. [3]

1961 Patent - Improvements in or relating to electric switches. [4]