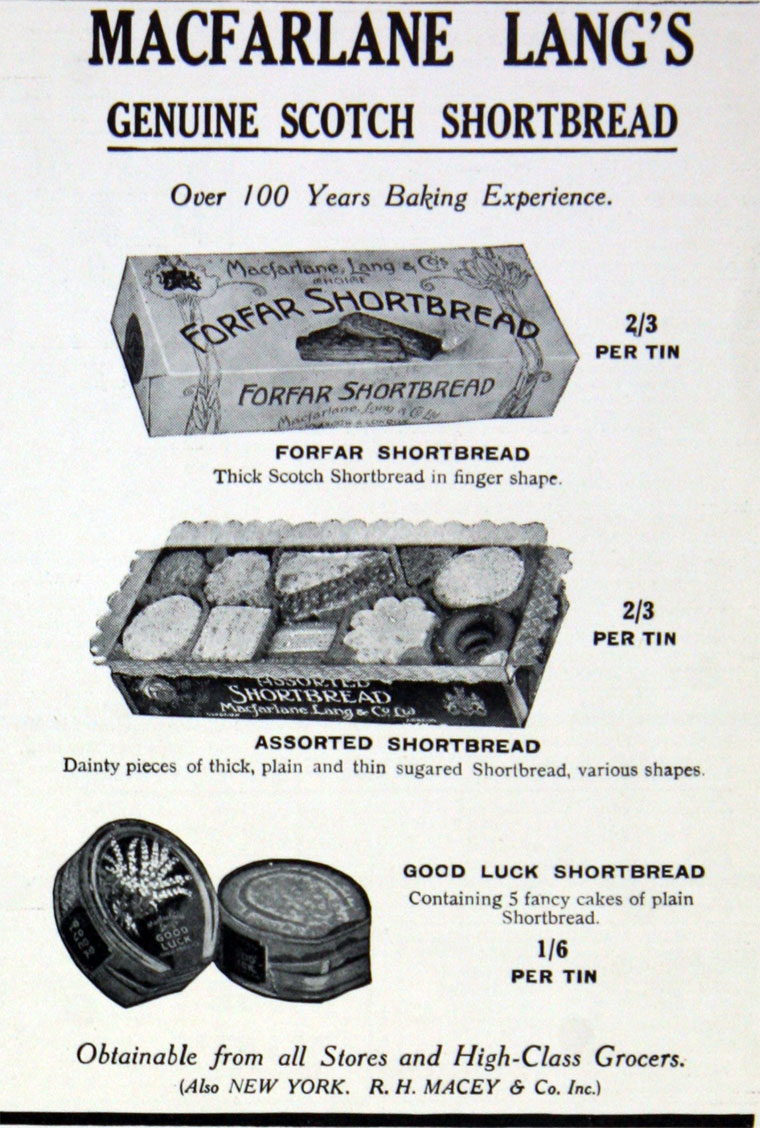 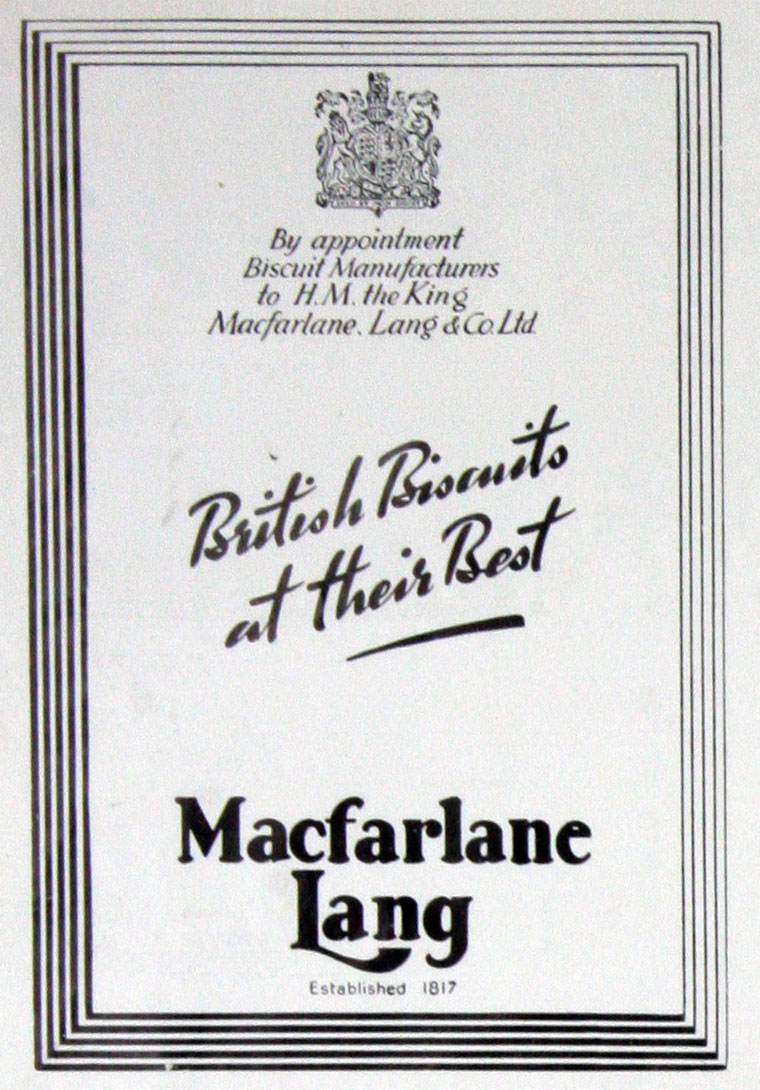 1817 The business began by James Lang as Langs bakery.

1886 The first biscuit factory was opened and the firm changed its name to Macfarlane, Lang and Co in the same year.

1903 The business then opened a factory in Fulham, London.

1904 Incorporated as a Limited Company.

The Macfarlane family continued to develop the business