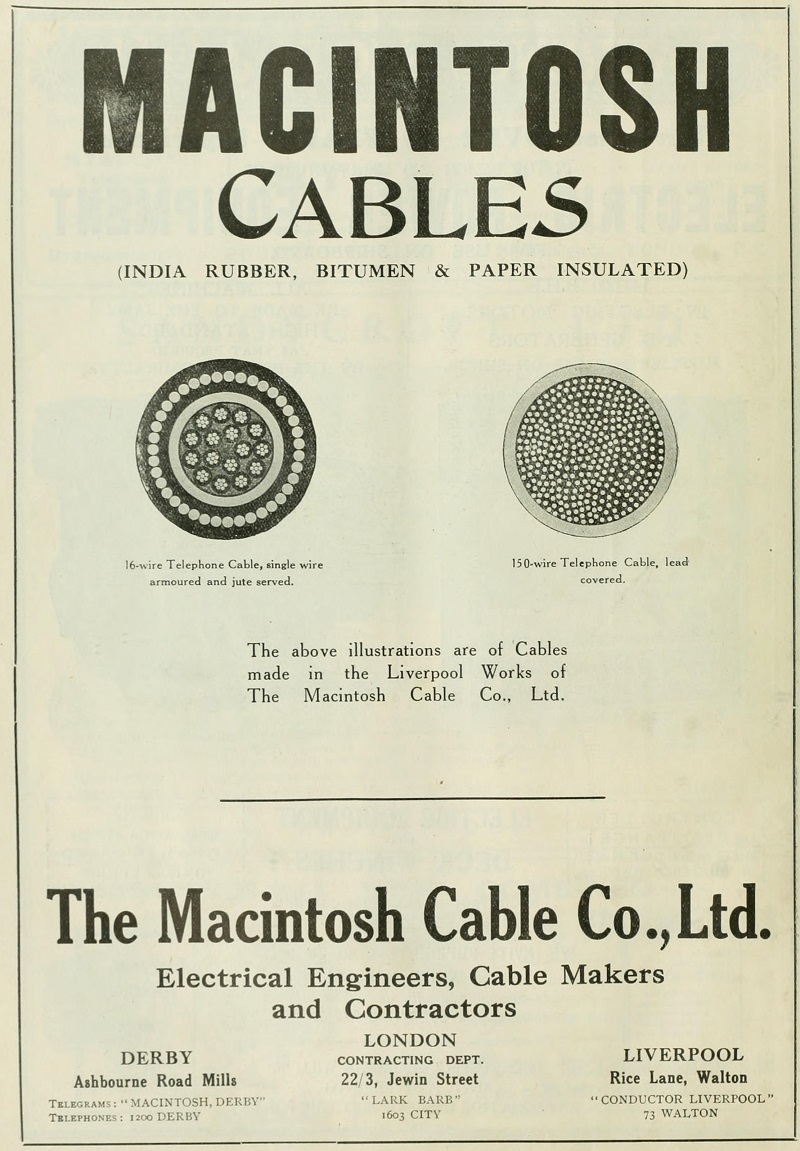 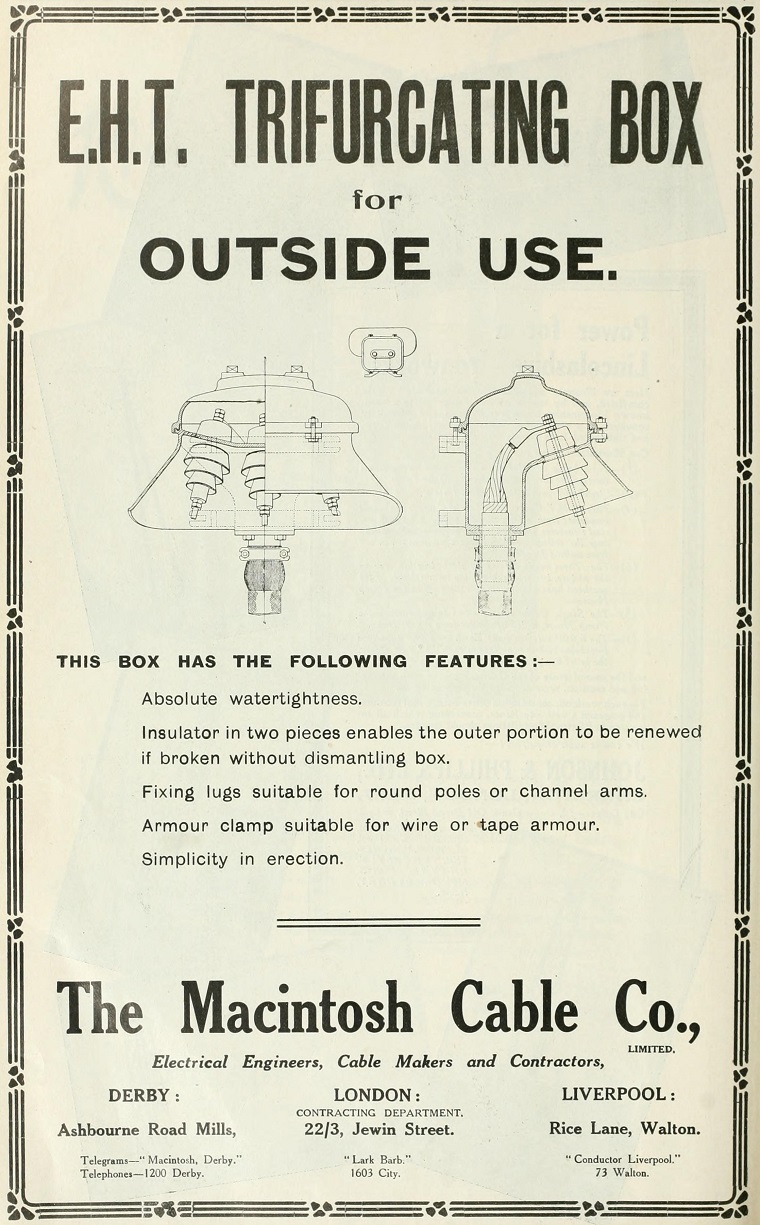 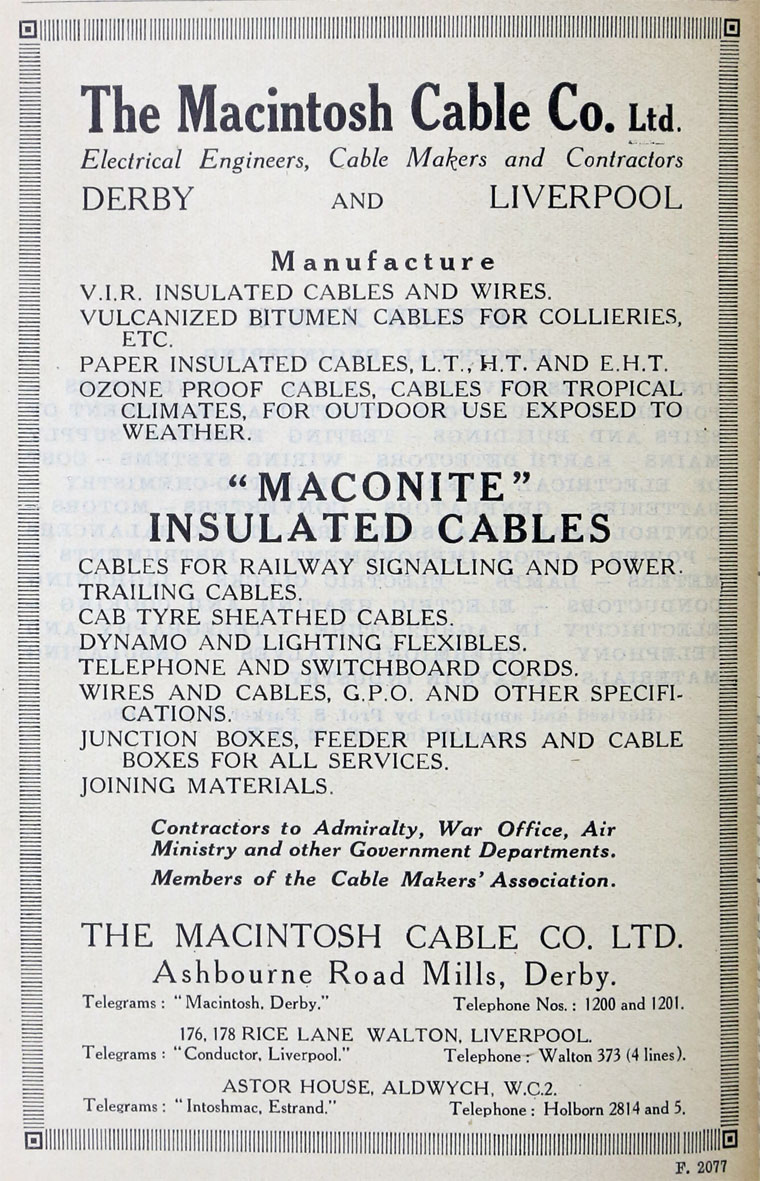 1926 Acquired by the Dunlop Rubber Co, as part of its general acquisition of the Charles Macintosh group of companies[1] broadening its business into general rubber goods trade.

1927 Patent - Improvements in and relating to means for attaching or securing electrical conductors, cables, or the like to walls or other supports.

The Macintosh Cable factory was run by Dunlop for three or four years and a considerable capital investment was made in new buildings and plant.

1930 Acquired by British Insulated Cables (later BICC). Dunlops had decided not to continue in the cable industry in view of their general programme of expansion in the rubber manufacturing industry and sold their shareholding in the Macintosh Cable Company to British Insulated.

The Macintosh factory was modern and well equipped, employed about 550 people and had a turnover of about £600,000 a year. Most of the machinery and plant was transferred to factories of British Insulated, but some obsolete plant was destroyed.

1936 Works were closed and production transferred to other factories of British Insulated.