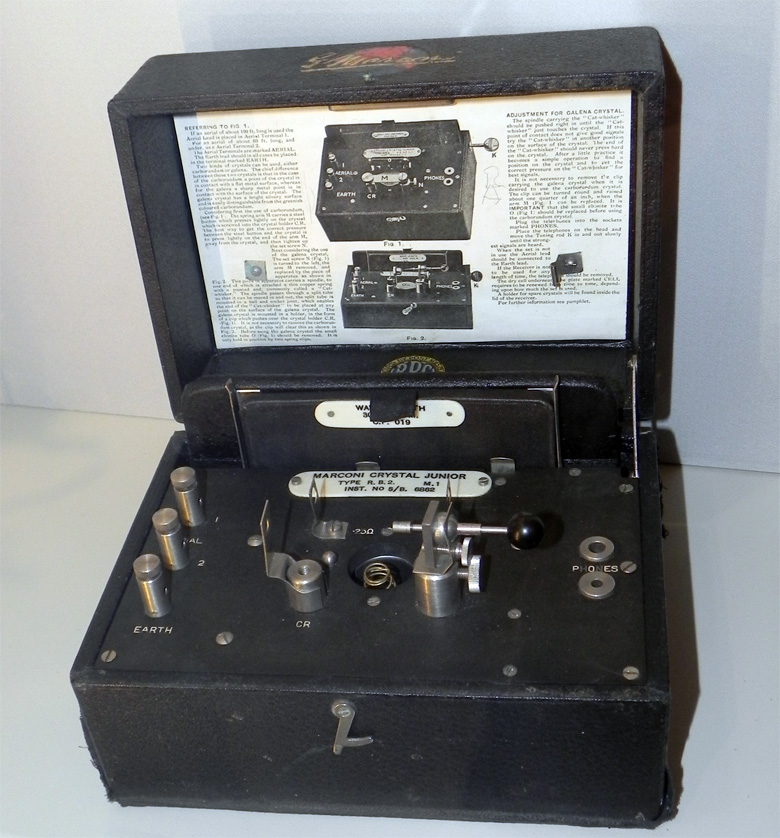 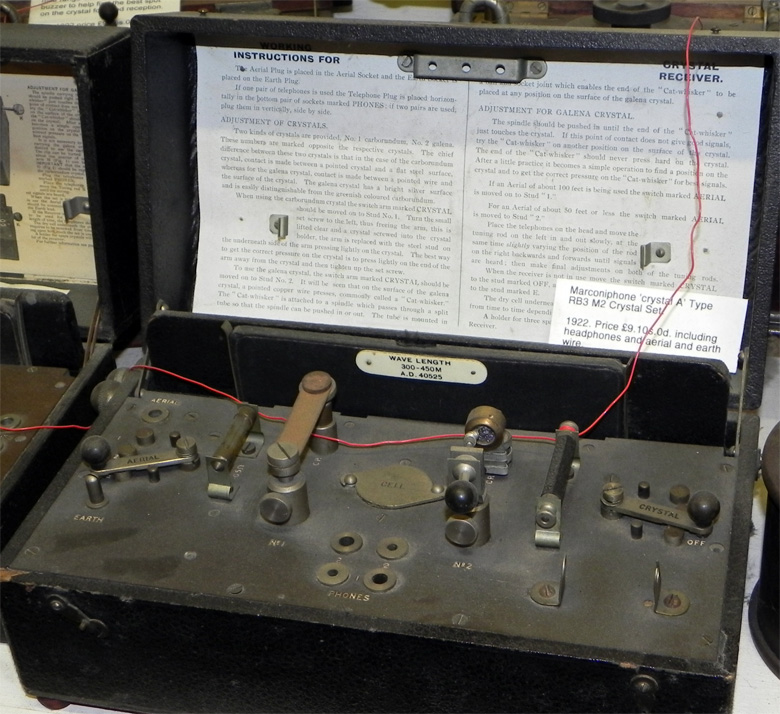 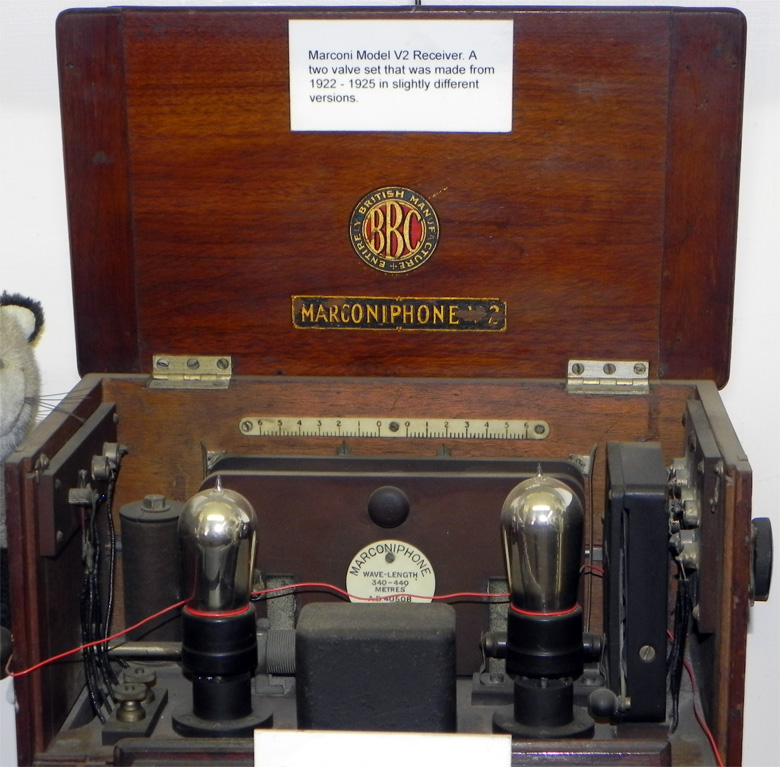 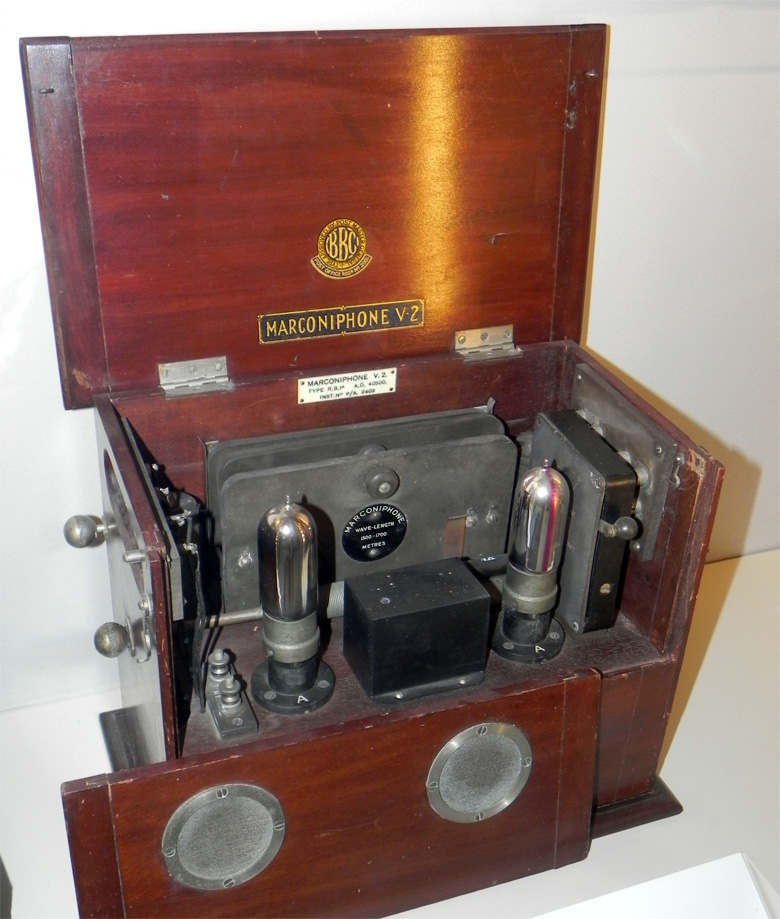 1923. Model VS. Exhibit at the Ceredigion Museum‎. 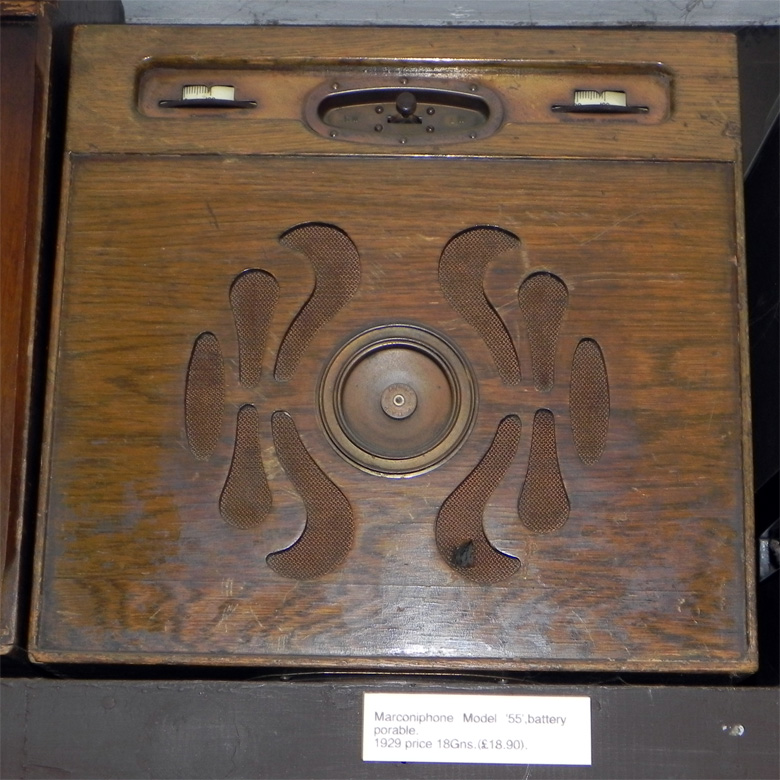 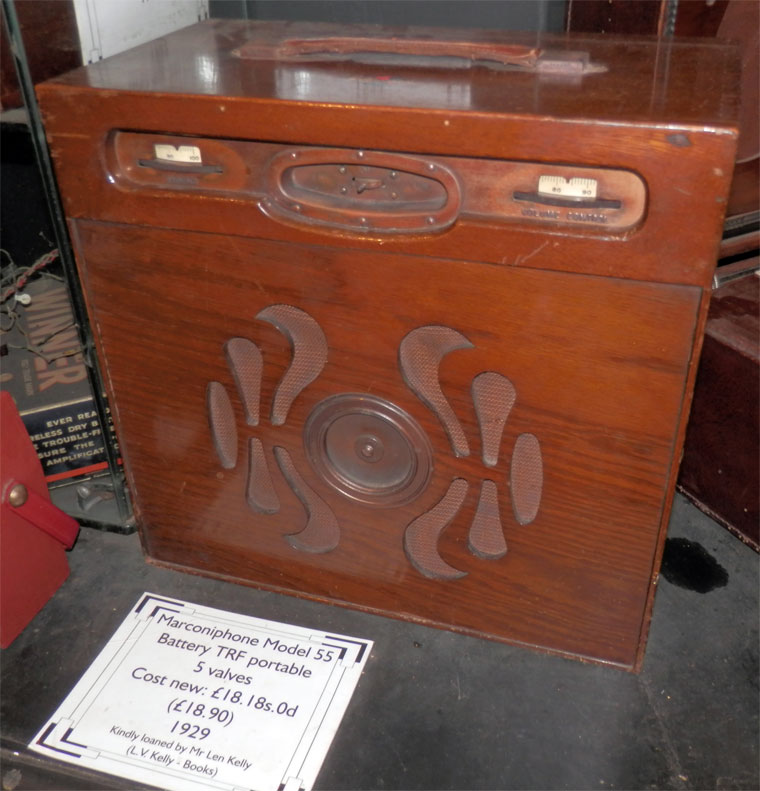 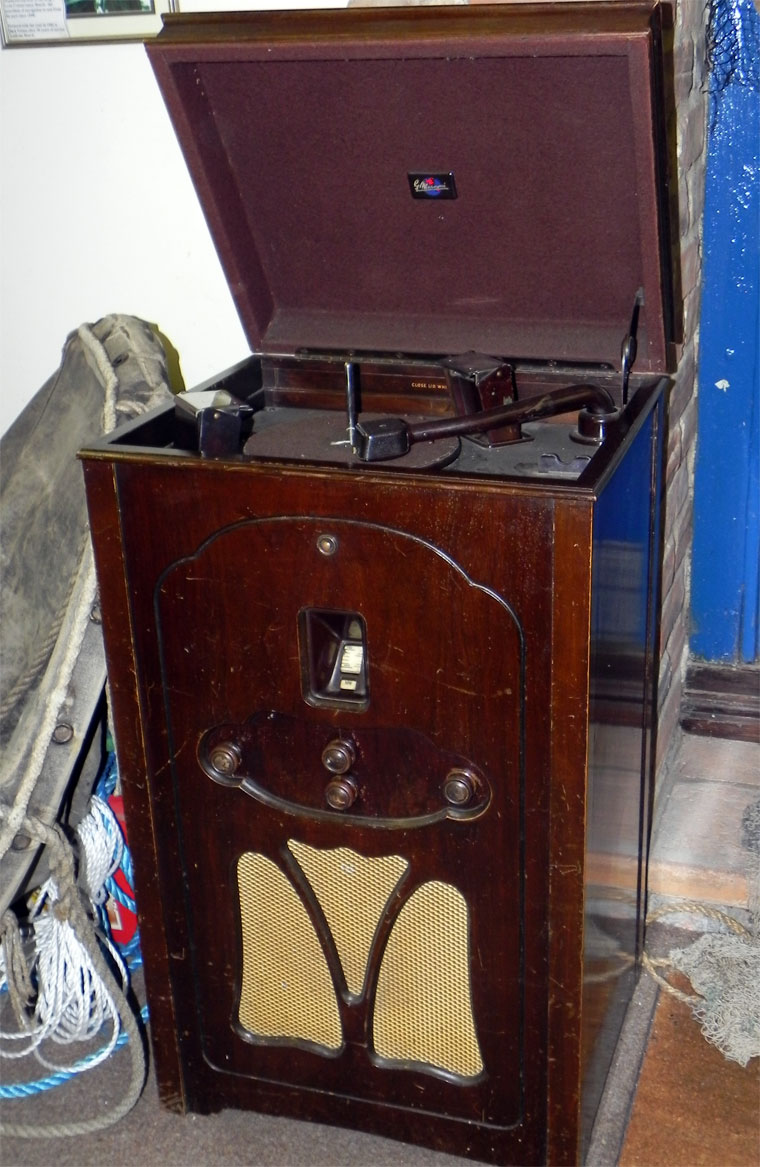 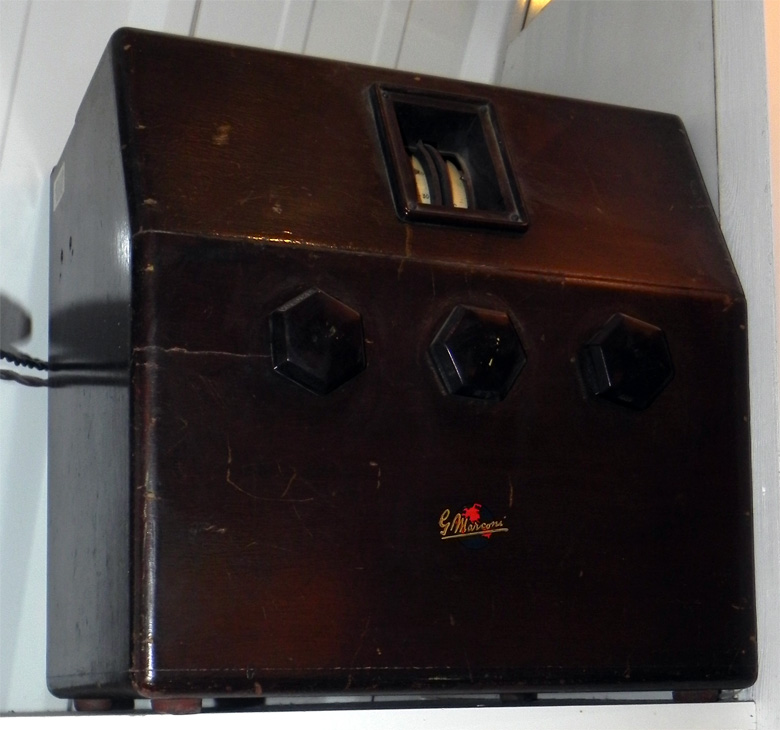 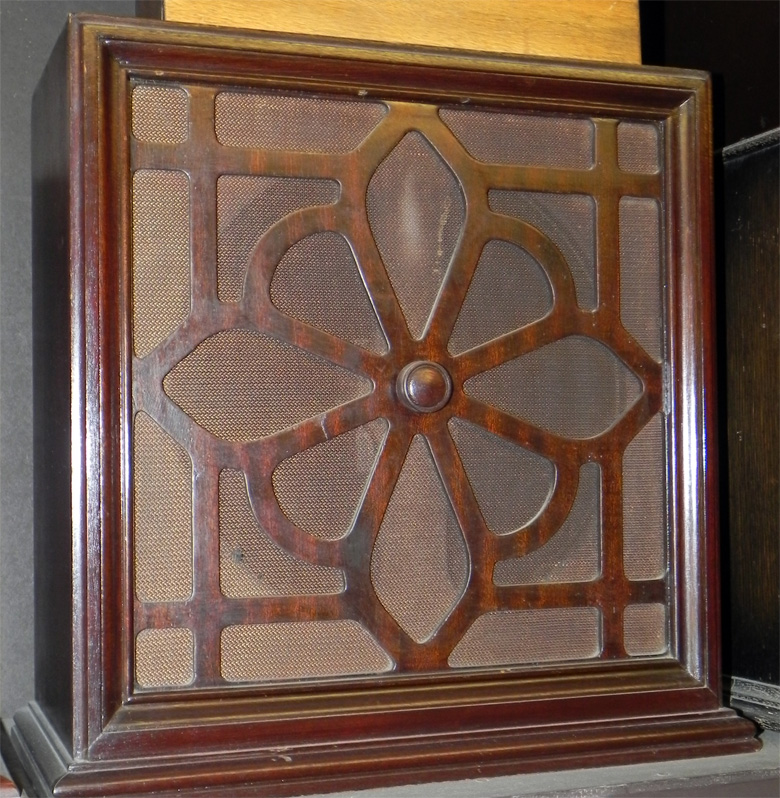 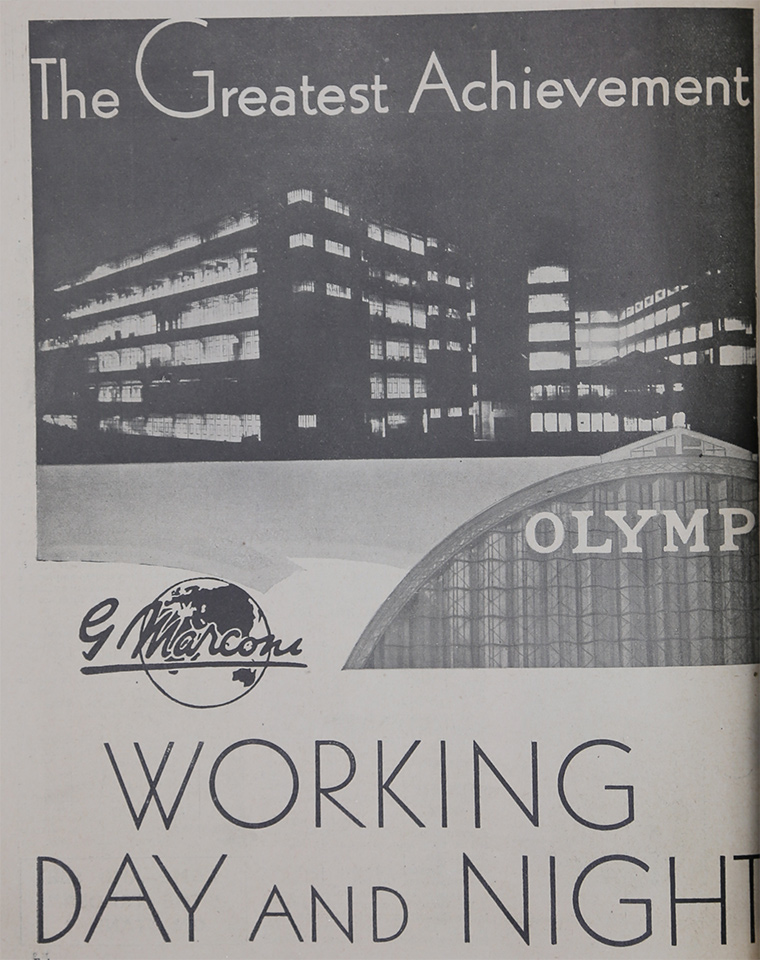 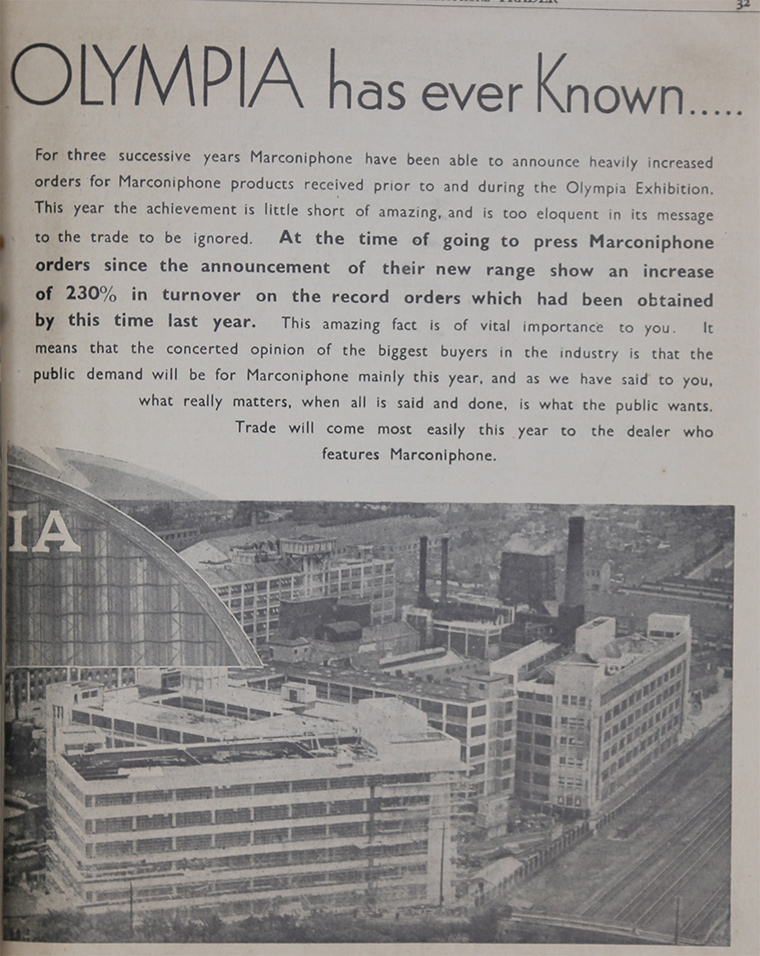 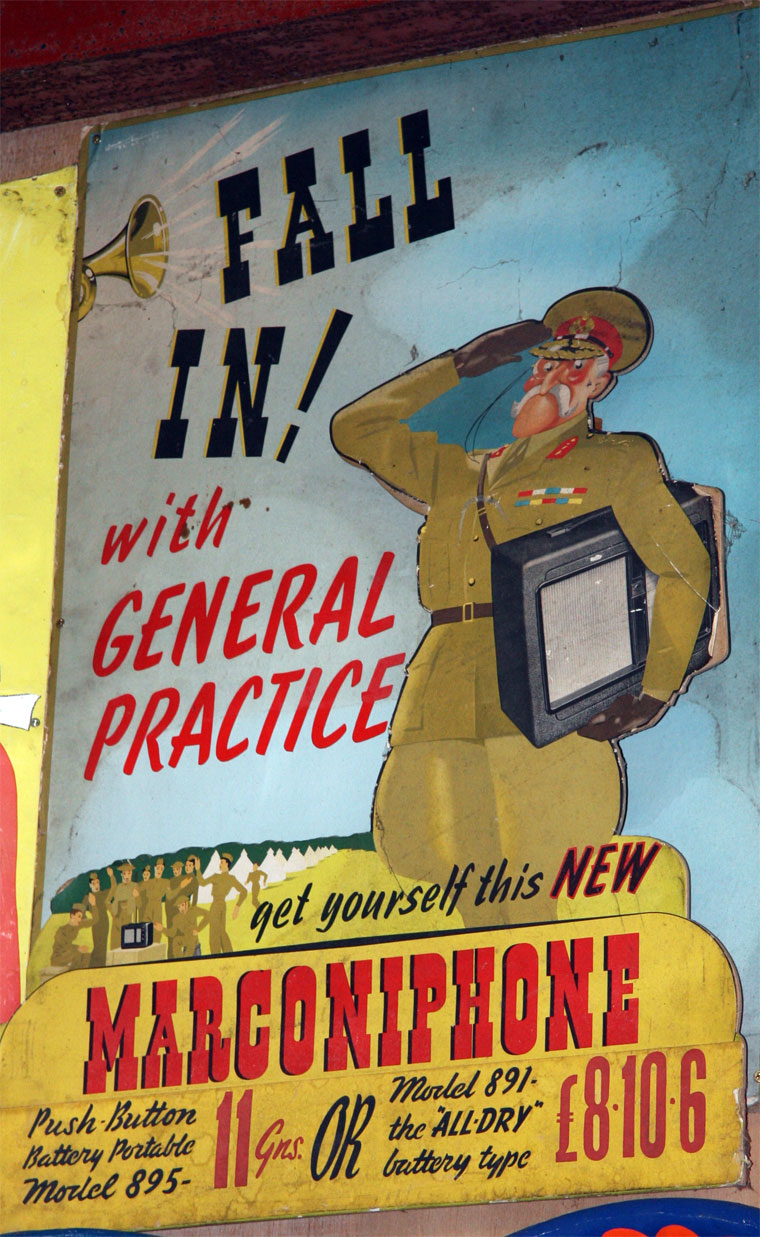 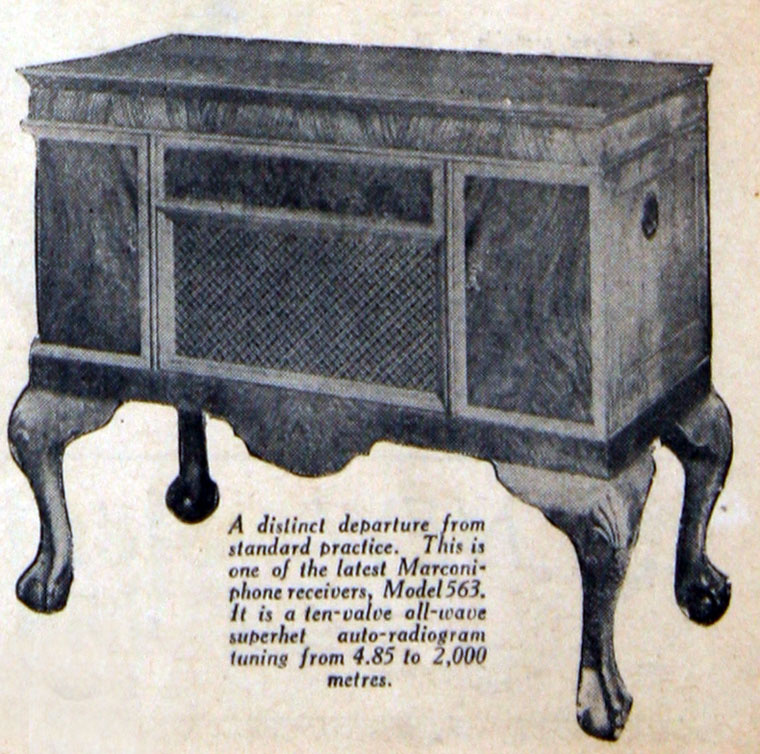 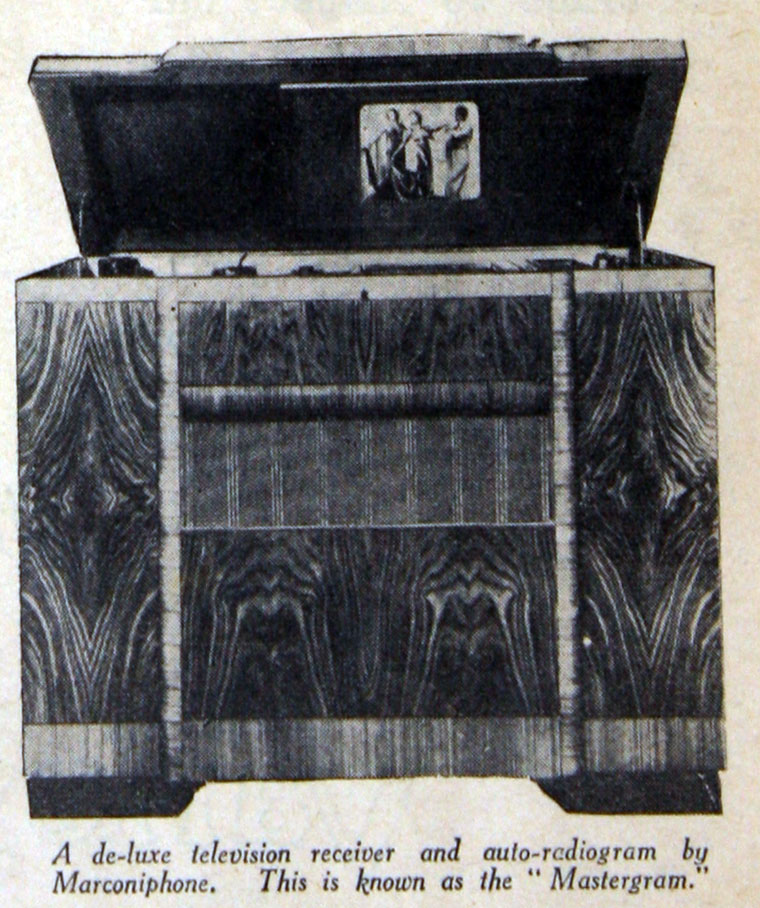 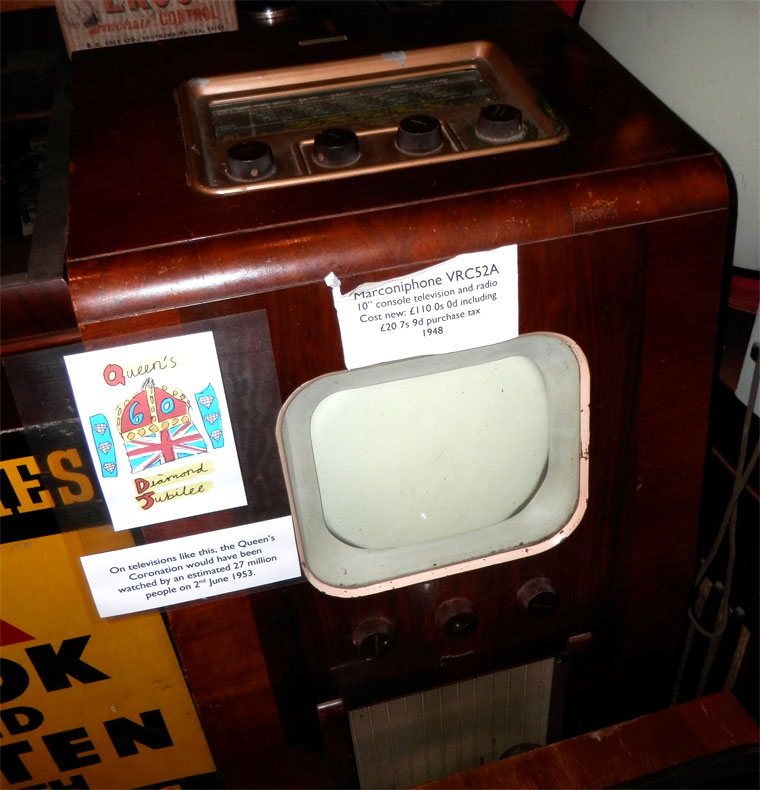 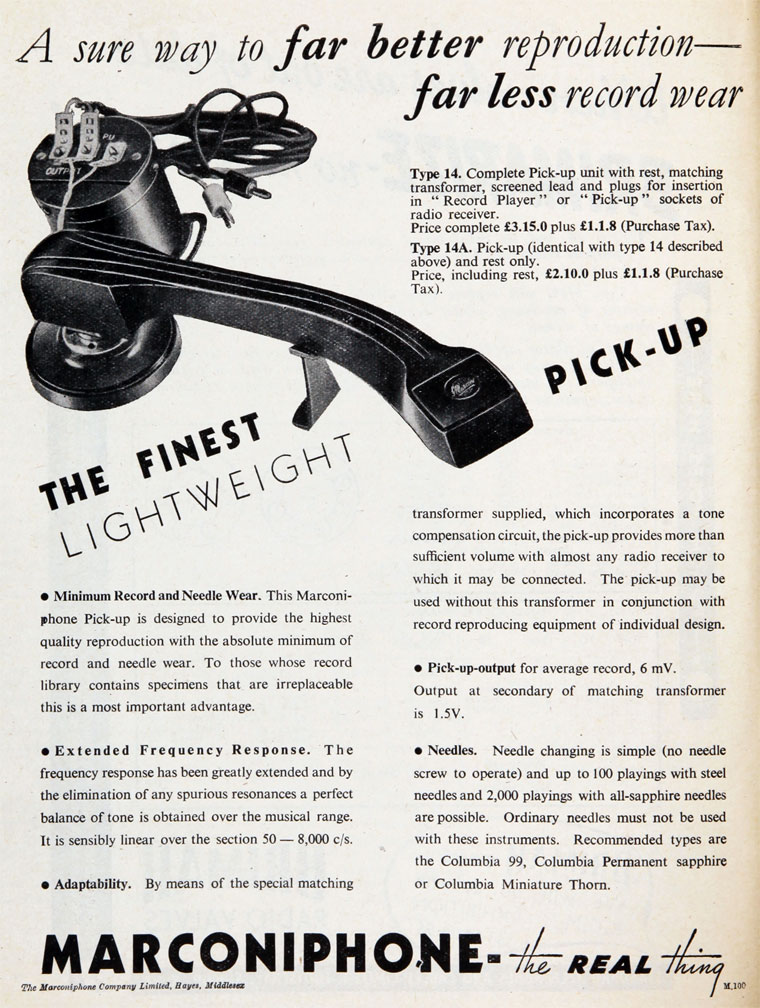 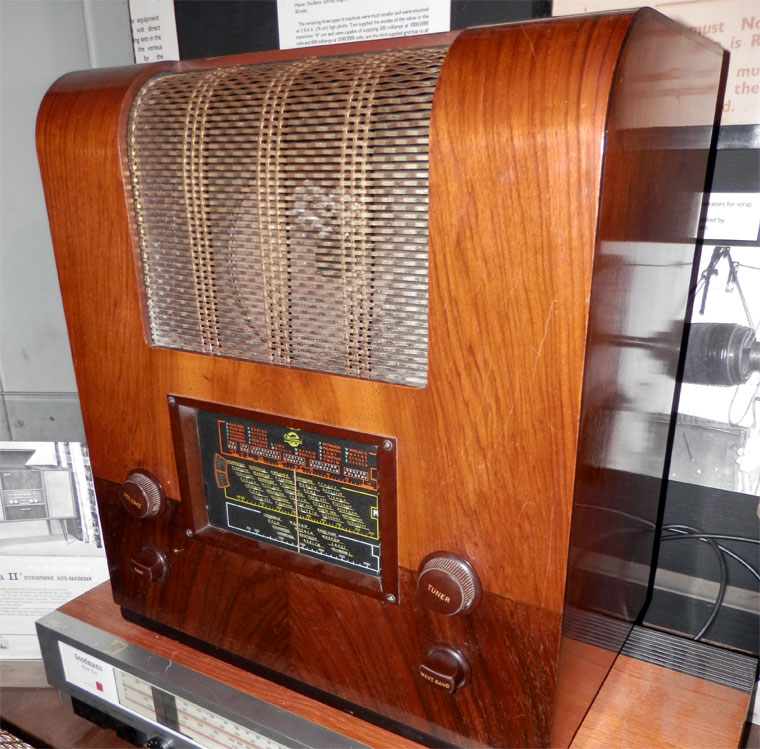 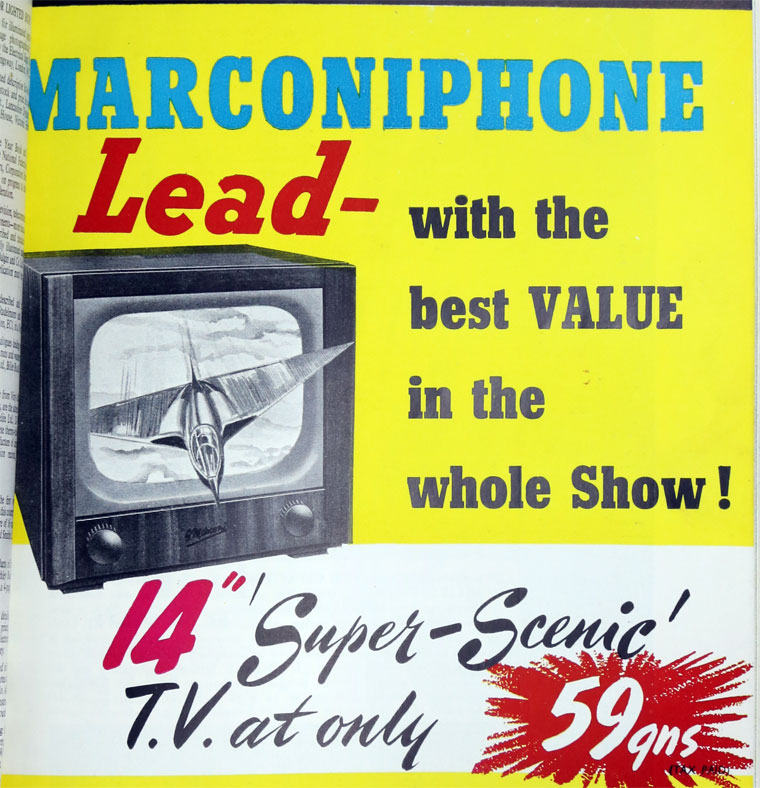 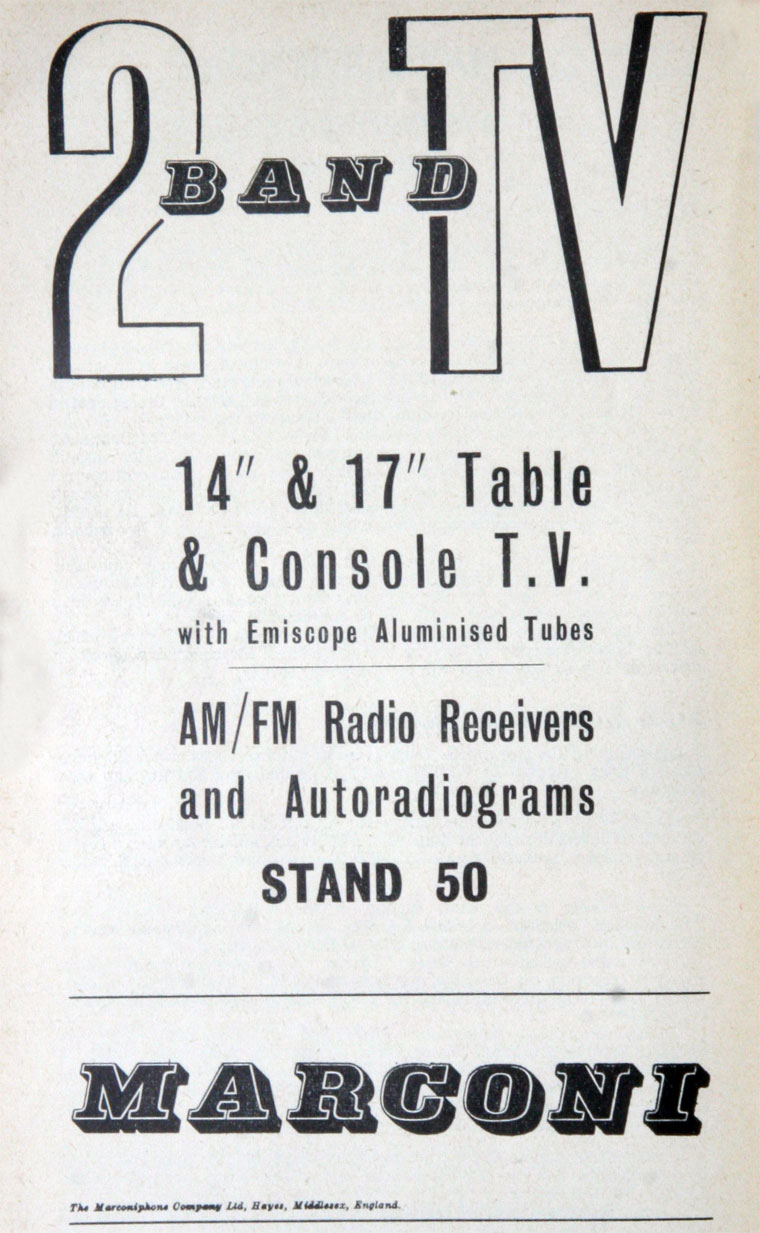 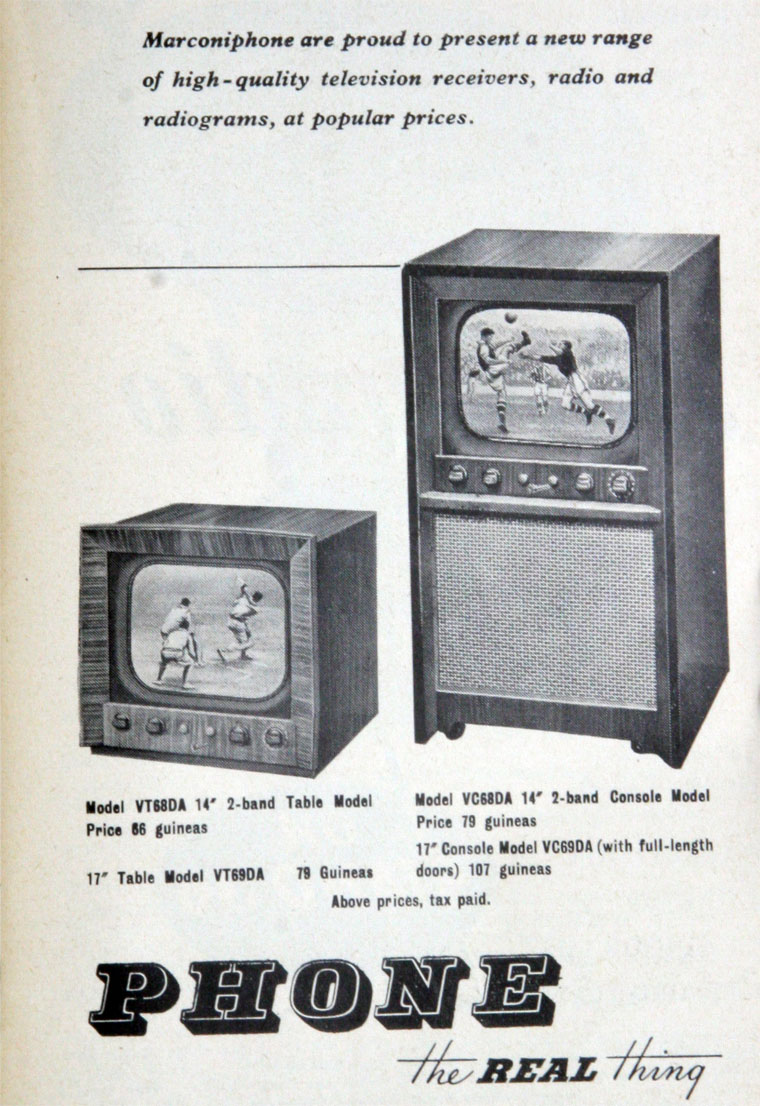 1923 Marconi sold its interests in domestic radios and rights to use the Marconi name to Marconiphone Co [4].

1924 Advertisement for the Marconi V2 Two-valve receiver from the 'Marconiphone Company' Ltd. [5]

1925 Advertisement for Marconi Valves by the Marconiphone Company and GEC. 'Made at the Osram factory'. [8]

1926 Marconiphone bought their own manufacturing company Sterling Telephone and Electric Co at Dagenham, so orders to Plessey Co ceased[9].

1926 June. Their address was 210, Tottenham Court-road, London, W.C.2. Mr F. W. Perks who until recently was the company's London sales manager, was appointed general sales manager, and the duties of London manager was taken over by Mr E. A. Oakman.[10]

1957 Thorn Electrical Industries took over the manufacture of the HMV and Marconiphone range of consumer products from EMI.