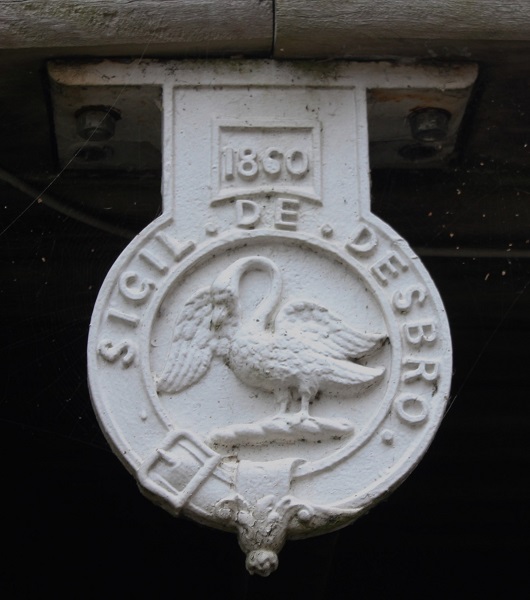 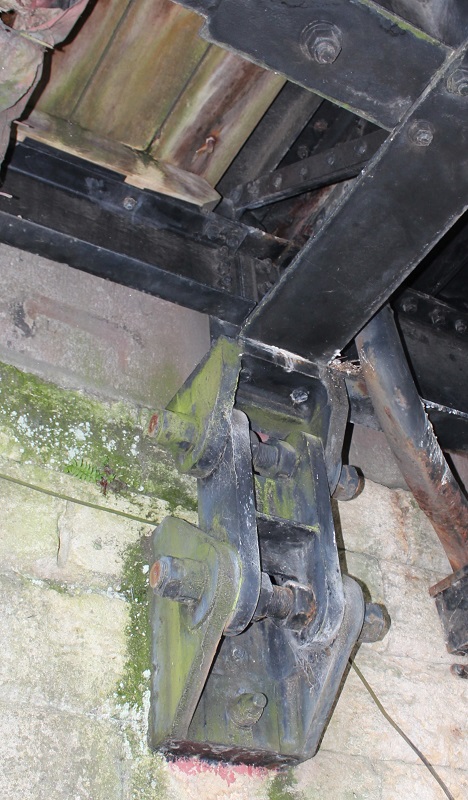 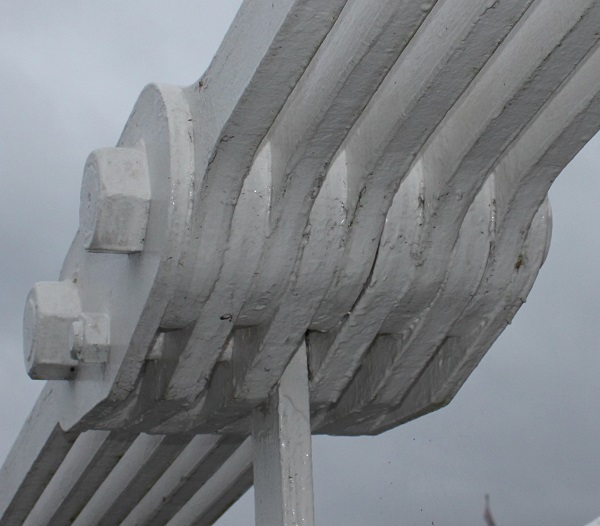 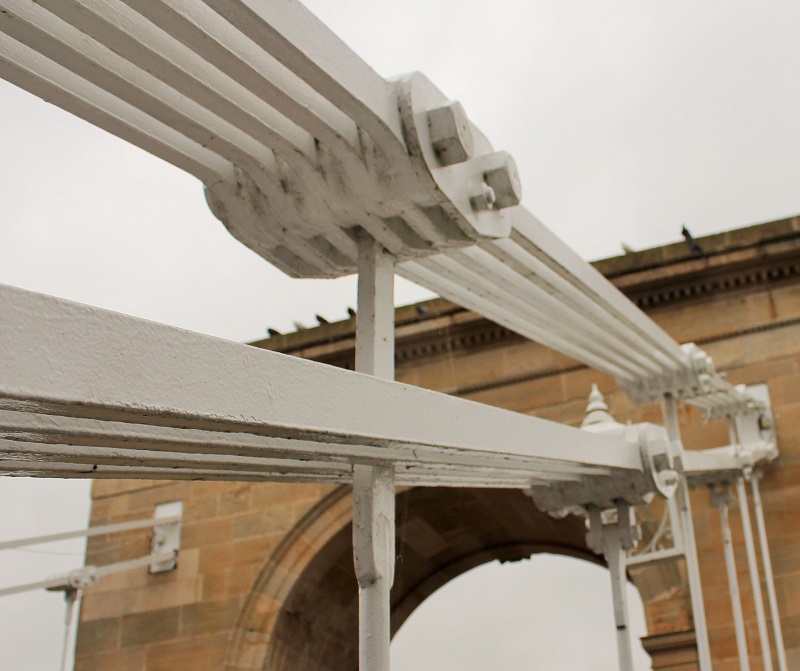 Marlow Bridge is a road traffic and foot bridge over the River Thames between the town of Marlow, Buckinghamshire and the village of Bisham in Berkshire. It crosses the Thames just upstream of Marlow Lock, on the reach to Temple Lock.

There has been a bridge on the site since the reign of King Edward III which was stated in around 1530 to have been of timber. In 1642 this bridge was partly destroyed by the parliamentary army. In 1789 a new timber bridge was built by public subscription with a contribution from the Thames Navigation Commission to increase the headroom underneath.[1]

The original suspension bridge design, by John Millington, had two pairs of cast iron towers on stone pedestals. One source states that the chain links were to be wrought iron rods 10 ft long and 2" diameter.

Millington laid the first stone on 22nd September 1829, but his work came in for criticism, and he relinquished his position.

William Tierney Clark was appointed to complete the bridge. He made significant design changes including all-masonry piers instead of cast iron and masonry. The chains and structure designed by Samuel Brown. [Where is the evidence for this?]

The contractor for the stonework was Messrs Corby and Clifford of Marlow. William Hazledine supplied the ironwork. Hazledine and Clark were in dispute about the specified ironwork, which delayed completion by almost two years. It appears that Clark specified links of circular section, while Hazledine was only prepared to supply links of rectangular cross section. Clark eventually accepted Hazledine's proposals. This aspect of the project is discussed at length here [2]

Clark went on to design the Széchenyi Chain Bridge (opened 1849), across the River Danube in Budapest, Hungary.

Over time the suspension chain ironwork in its anchorages corroded and several suspender rods fractured.

In 1962 it was decided to reconstruct the bridge for an increased weight capacity, but retaining its original appearance. The work was carried out in 1965-6, by consultants Rendel, Palmer and Tritton, Horseley Bridge and Thomas Piggott Ltd, and sub-contractor Aubrey Watson Ltd. Steel suspension chains, suspender rods, and a steel deck were installed. The original wrought iron work was retained where possible.

New bearings were installed where the chains pass over the piers. See here for information on the ill-conceived roller bearings for the chains. The ruling section of the chains is 35mm wide and 65mm deep. The new chains were raised 3" at mid span.

For much more information on the history of the bridge and details of its repairs, see here [4]

1830 'We see, by the account of the Sessions held at Aylesbury, that some strong allusions were made to the late abortive attempt on the part of Mr. Millington to build a suspension bridge, at Marlow. We should much like to have these observations before the public, and likewise to know, whether those Magistrates who so well knew, and so strongly recommended Mr. Millington, are not in some degree morally, if not legally, accountable, for the enormous expence and shameful delay the ignorance of this ci-devant engineer has caused the county of Bucks. We owe, in common with many others, a debt of justice to Mr. Francis, of Marlow, for his bold and fearless attempt to unmask the pretensions of our Trans-atlantic engineer, and showing to the public the value of claims, which had not one atom of sound science to support them. The building of the bridge is now under the direction of Mr. Tierney Clark, who erected Hammersmith suspension bridge; and we have now every reason to hope the intended bridge at Marlow will be speedily and effectually completed.'[6]

1832 'Some hope is at length entertained of the completion of Great Marlow Suspension Bridge. Mr. Tierney Clark has surmounted the obstacle opposed to him by the contract entered into by his predecessor for the iron chains, and has obtained them properly adapted his purpose......'[7]

1832 Advert (original spelling):'To be Sold by Private Contract, THE Bars of WROUGHT IRON LINKS, used in erecting Marlow Suspension Chain Bridge, containing 220 links, 10 feet long, 2 inches deep, by 1/2 inch and 3/8 inch thick, width 82 screw pins and burs to ditto, weighing upwards of four tons, made of the best hammered iron. May be seen by applying to Mr. W. Shuttle, on the premises.'[8]. The bridge in its current form has just over 600 links, and it would be interesting to know how the 220 slender links were used during construction.

1860 Advertising for tenders for repairs involving the wrought iron lattice girders and all ironwork, and renewing the woodwork, roadway, fixing the railings, painting, etc. The contact for information was Messrs Easton, Amos, and Sons of Southwark[9]