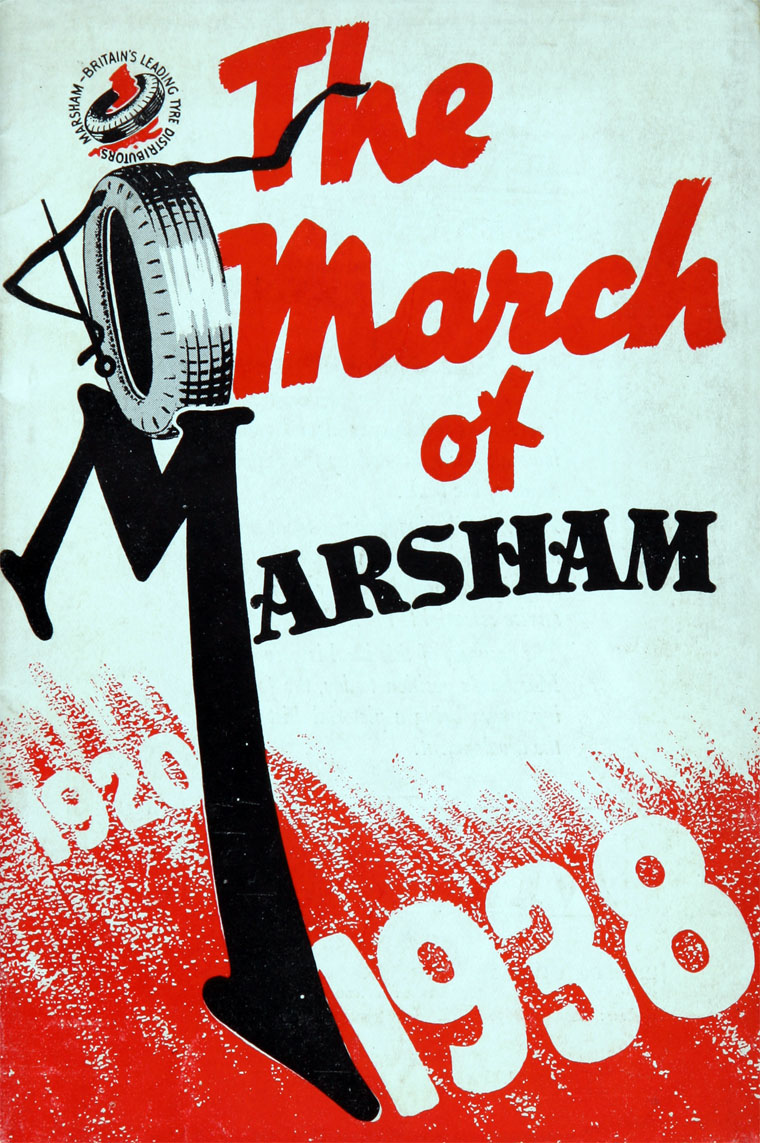 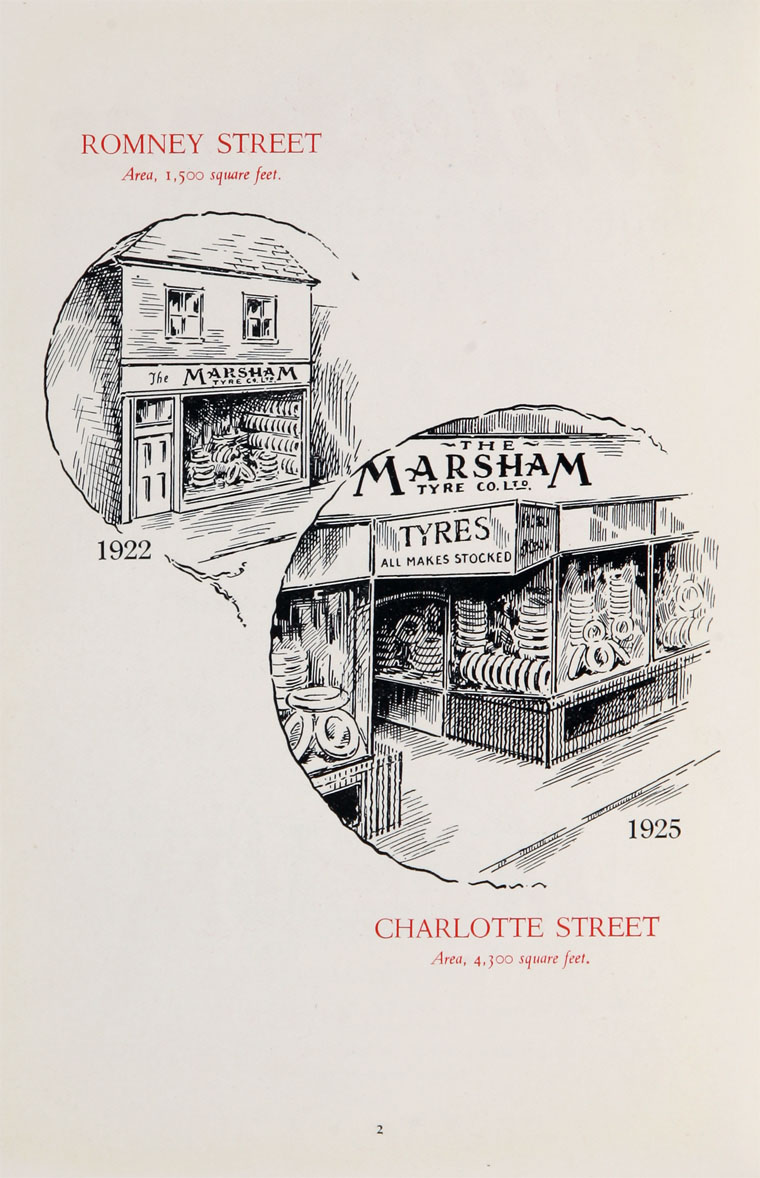 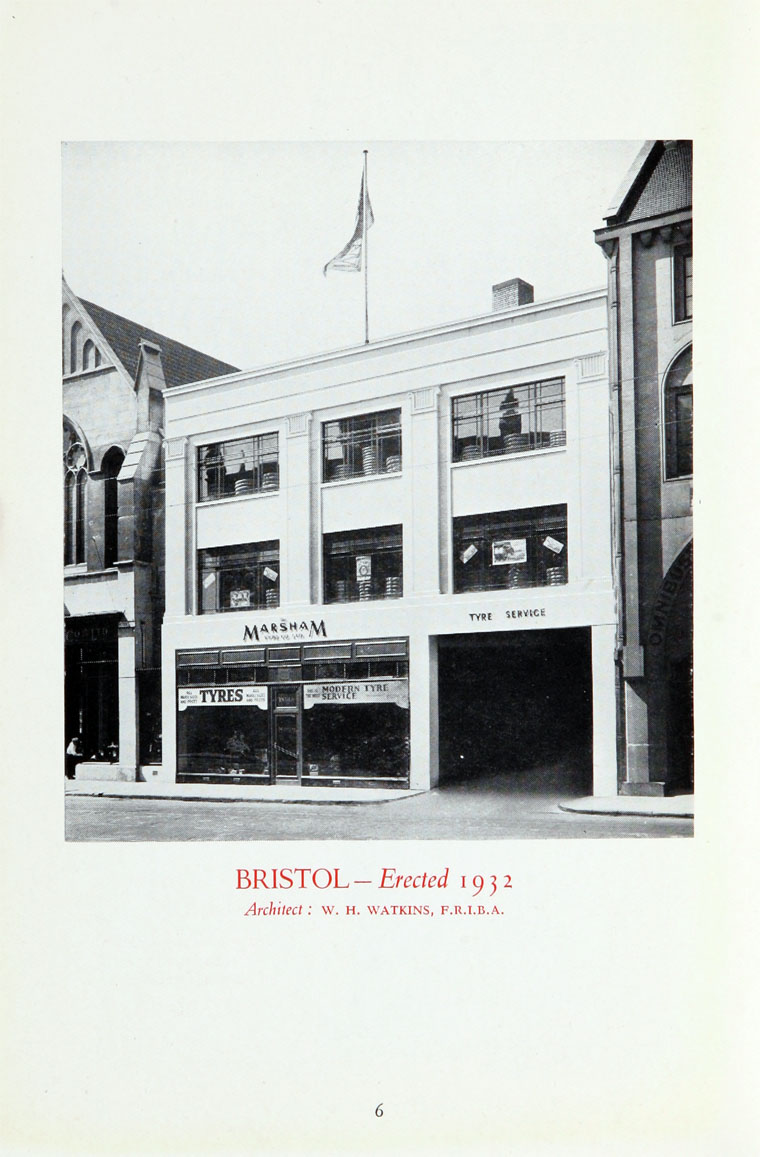 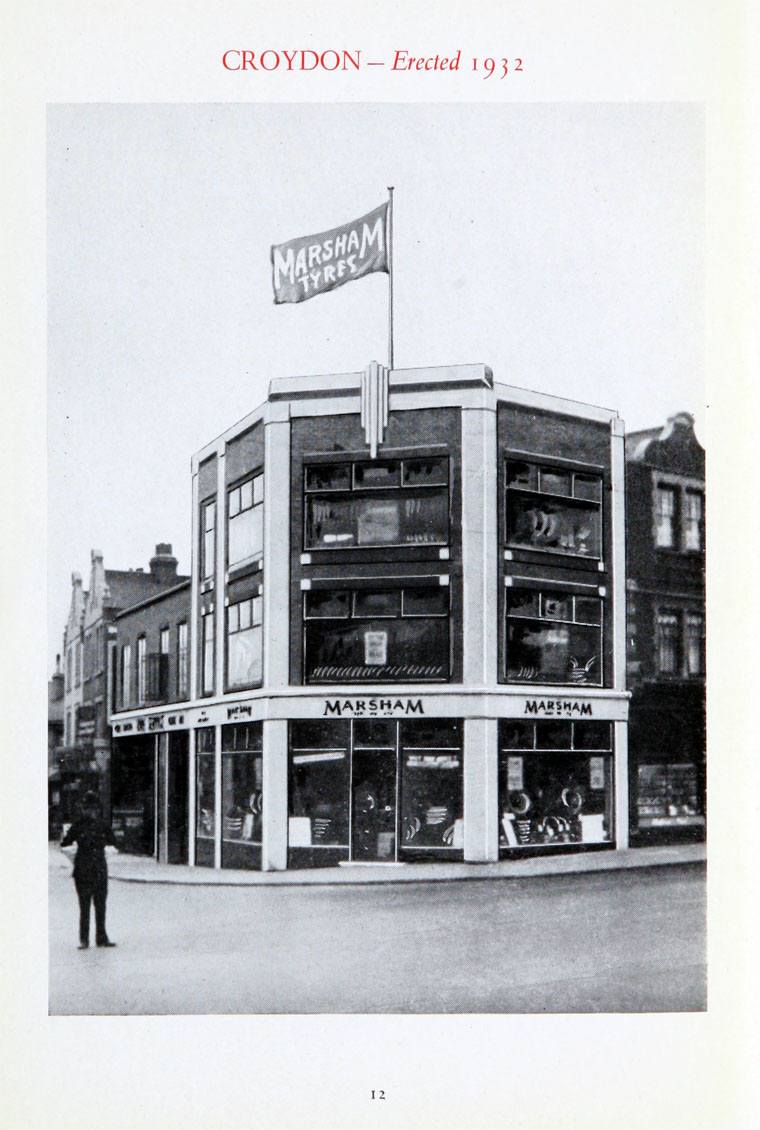 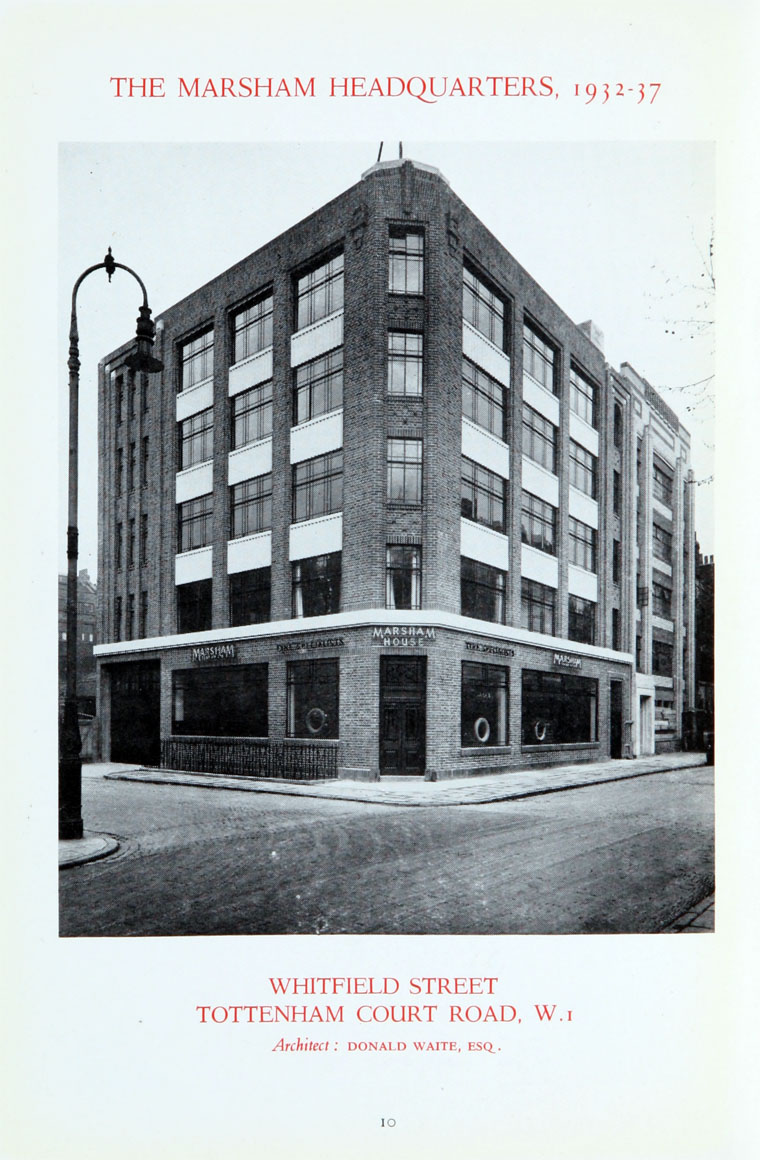 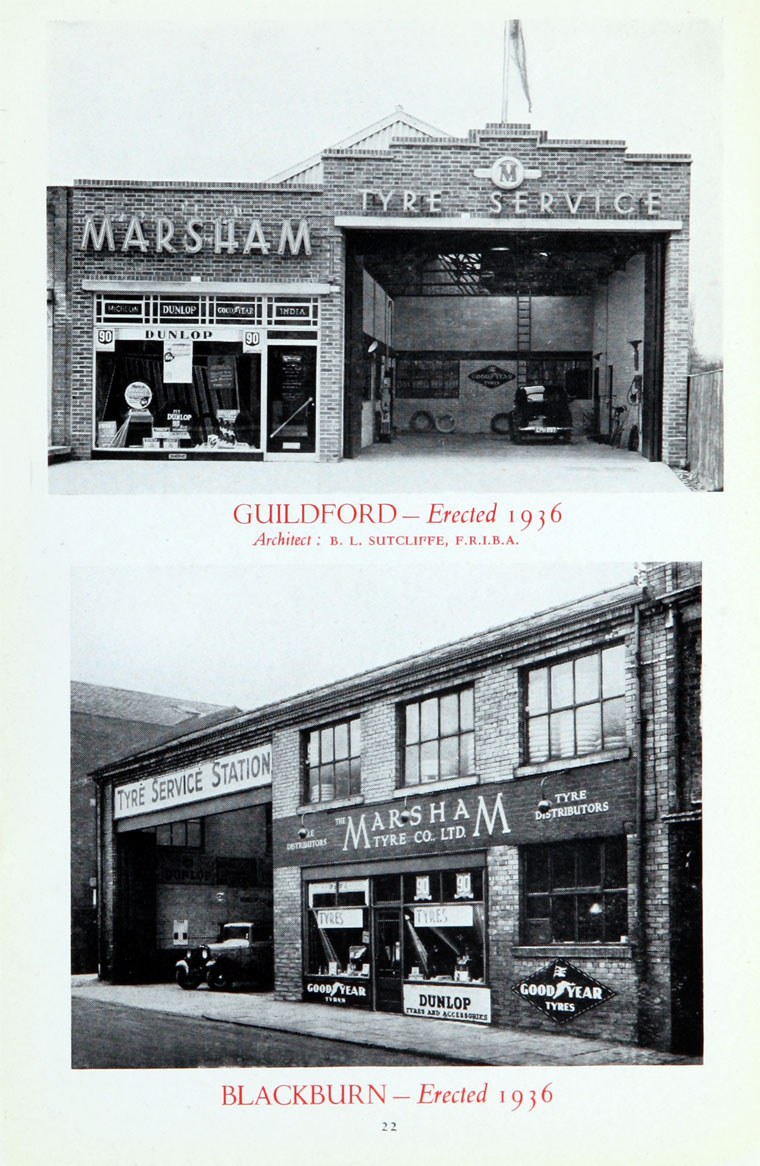 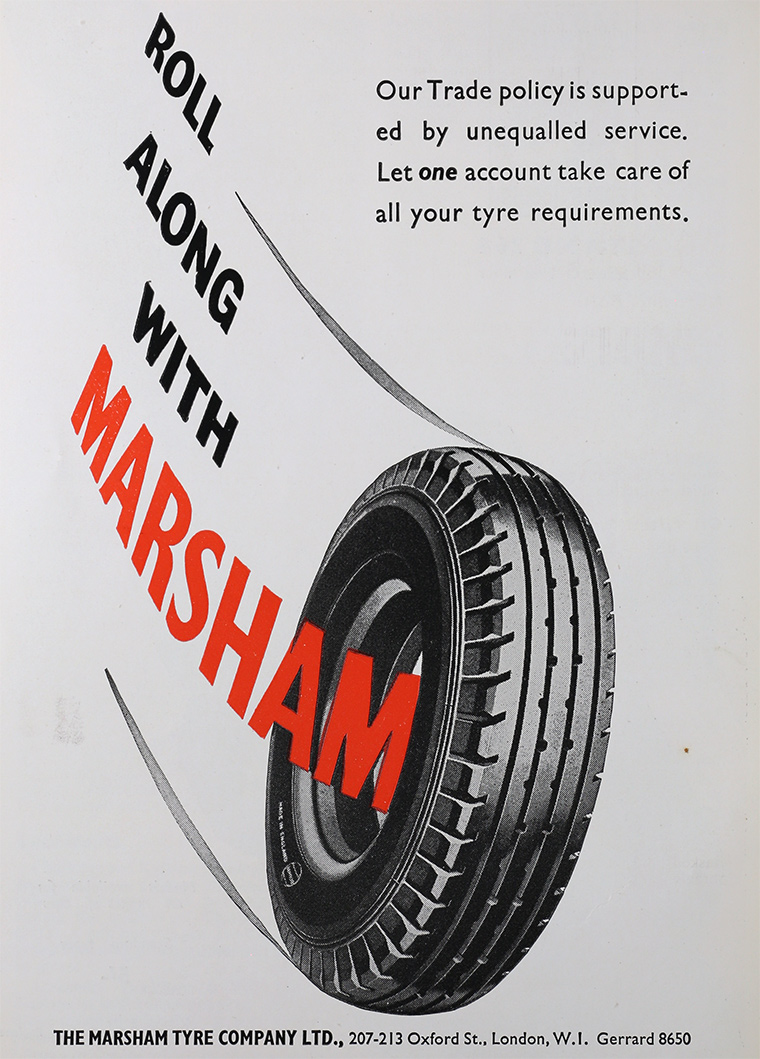 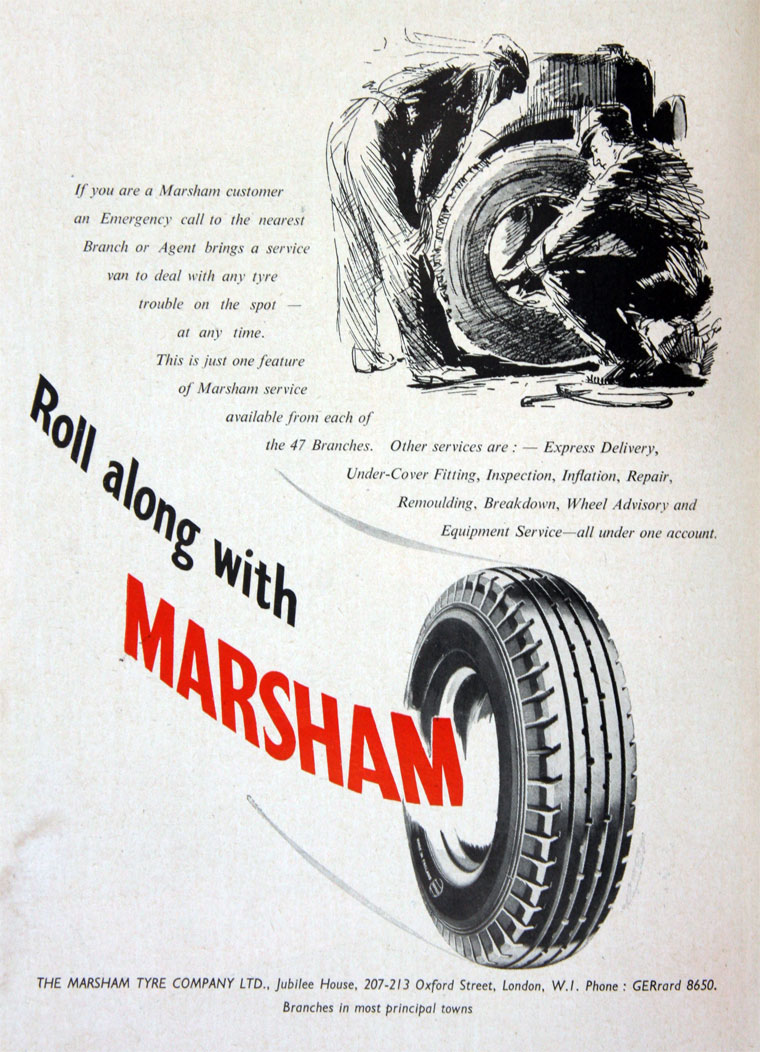 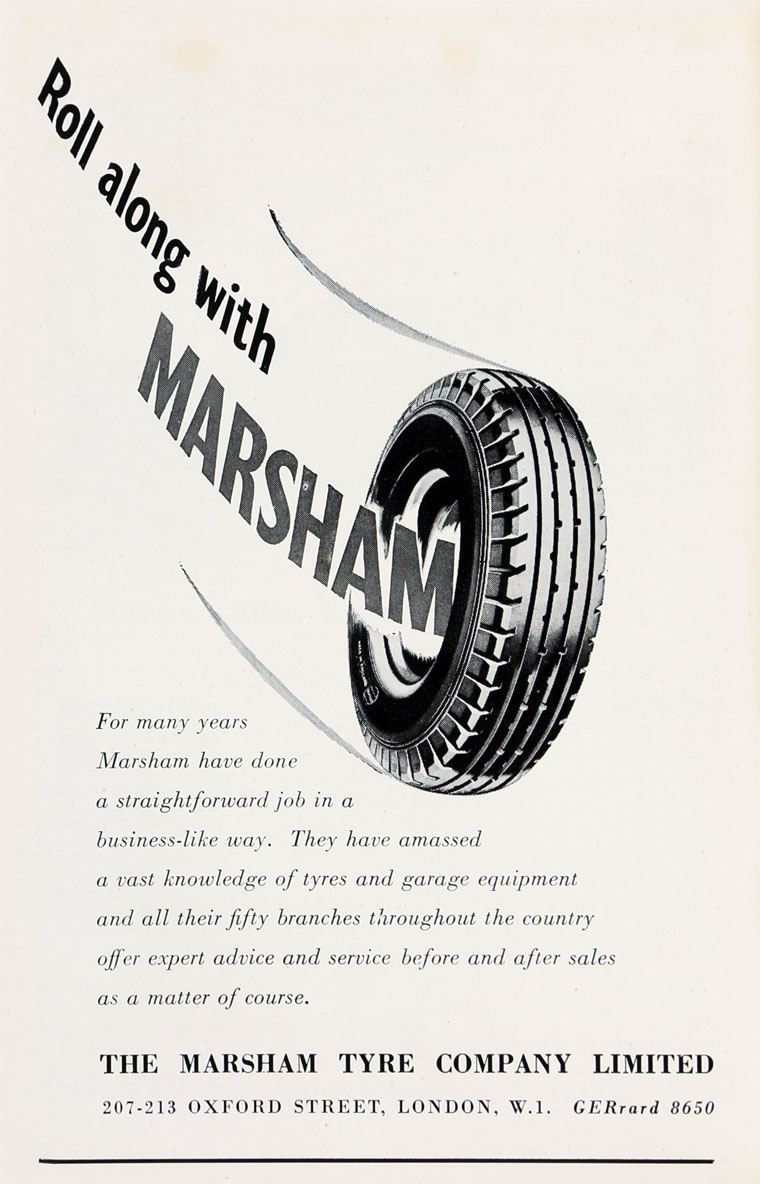 1922 Due to the idea of a firm dealing exclusively in tyres appealing strongly to the Motor Trade, it was necessary for the company to move to Romney Street in Westminster to accommodate space ten times larger than the previous occupations at Marsham Street.

1925 The company needed yet more space for production so set up in Charlotte Street.

1932 A vast new central tyre station of the most modern design was erected at Whitfield Street, neat Tottenham Court Road in the heart of London.

1932 Marsham built a service station at Hull, and suburban station at Croydon.