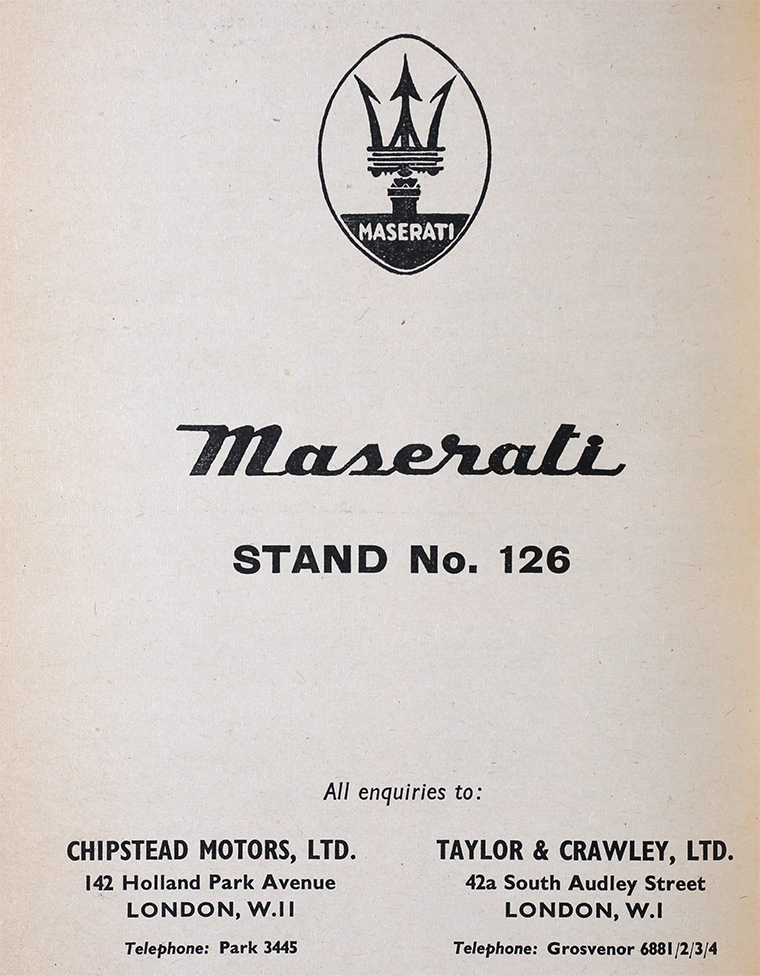 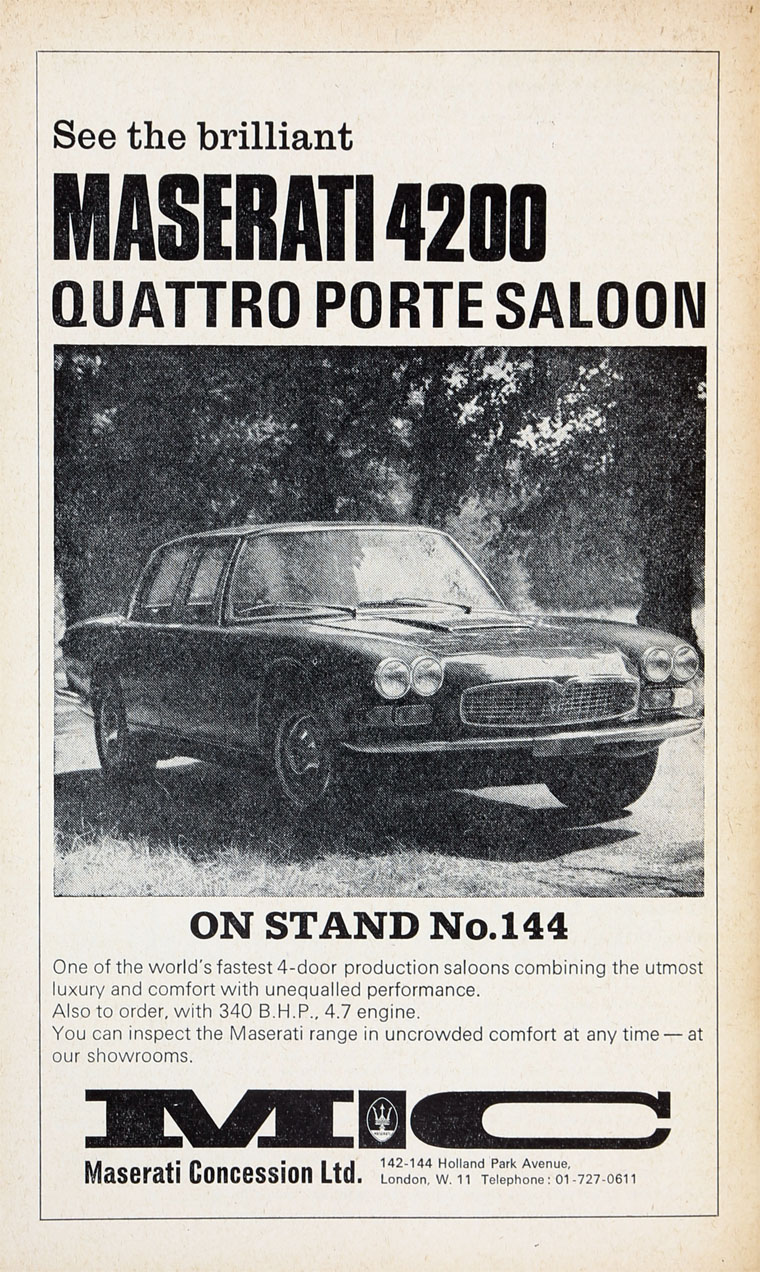 The Maserati brothers, Alfieri, Bindo, Carlo, Ettore, Ernesto and Mario, were all involved with automobiles from the beginning of the 20th century. Alfieri, Bindo and Ernesto built 2-litre Grand Prix cars for Diatto.

Maserati began making race cars with 4, 6, 8 and 16 cylinders (actually two straight eights mounted parallel to one another). Mario, an artist, is believed to have devised the company's trident emblem, based on one the Fontana del Nettuno, Bologna.

In 1937, the remaining Maserati brothers sold their shares in the company to the Adolfo Orsi family, who in 1940 relocated the company headquarters to their hometown of Modena, where it remains. The brothers continued in engineering roles with the company. Racing successes continued, even against the giants of German racing, Auto Union and Mercedes.

In 1939, a Maserati 8CTF won the Indianapolis 500, a feat repeated the following year.

1971 Agents in the UK are Citroen Cars