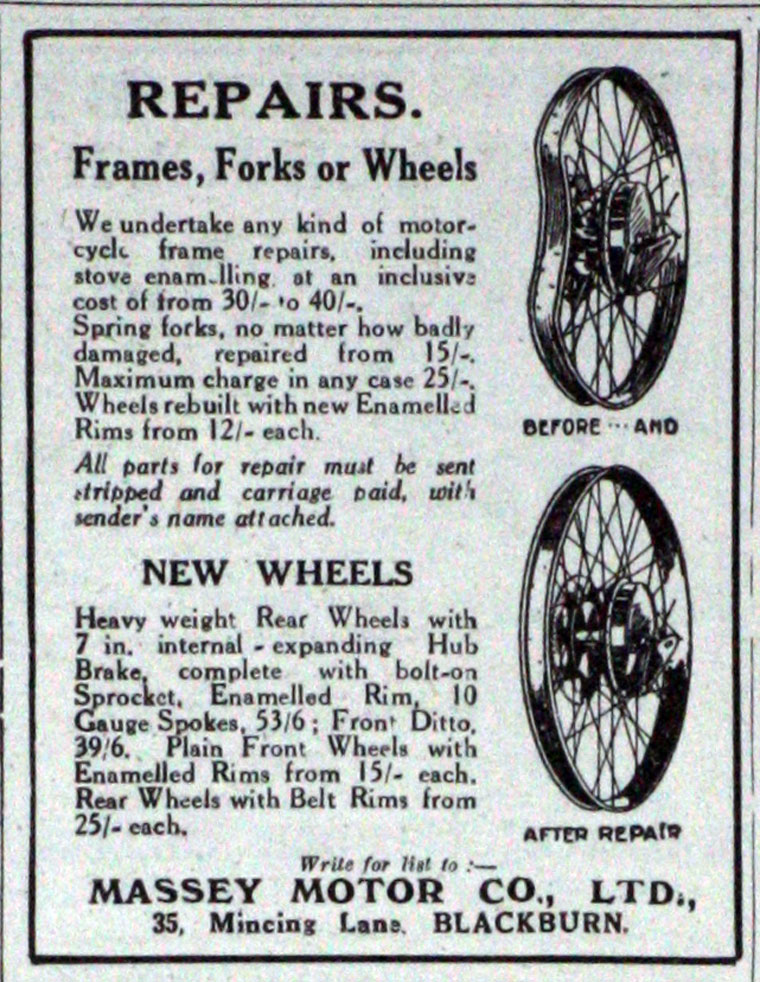 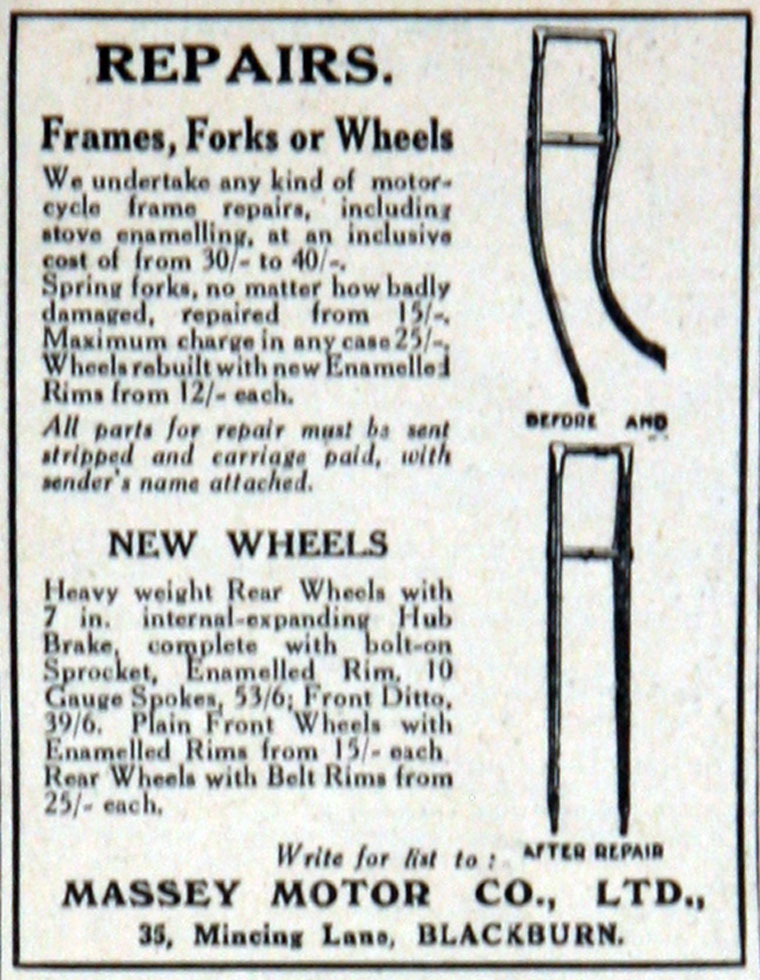 Massey were motorcycles produced from 1923 to 1929, originally by E. J. Massey

1923 Having left the Massey-Arran company the previous year, E. J. Massey produced a new marque under his own name. The new Massey motorcycle was available from January 1923, and had a 545cc Blackburne engine for either solo or sidecar use. A special feature was internal expanding brakes for both wheels. Soon there were further models with an ohv version of the 348cc Blackburne, plus 292cc and 346cc sv JAP engines. A cheaper version of the 292cc sv JAP model also became available a little later. This had two-speed chain-cum-belt transmission and V-rim brakes. However, by the end of the year, production had ceased.

1924 Early that year, both the name and the rights to manufacture were acquired by R. L. Jepson of Blackburn.

Until the end of the decade Massey machines continued to be available, fitted with either Blackburne or Villiers engines.