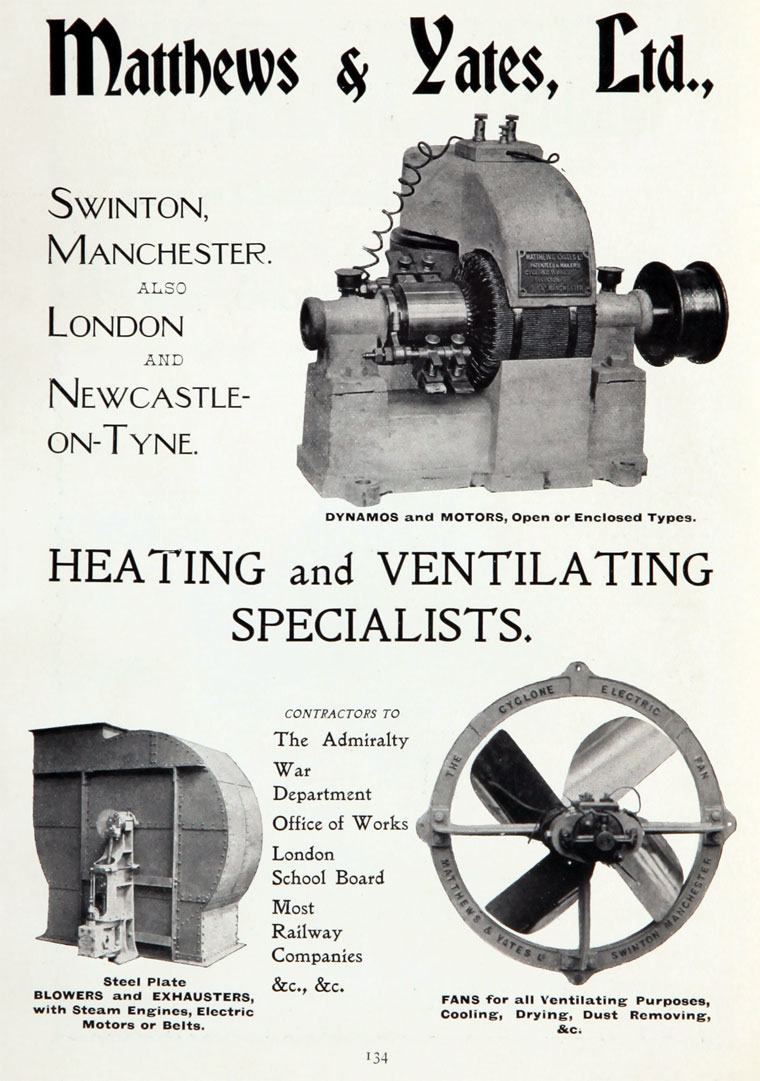 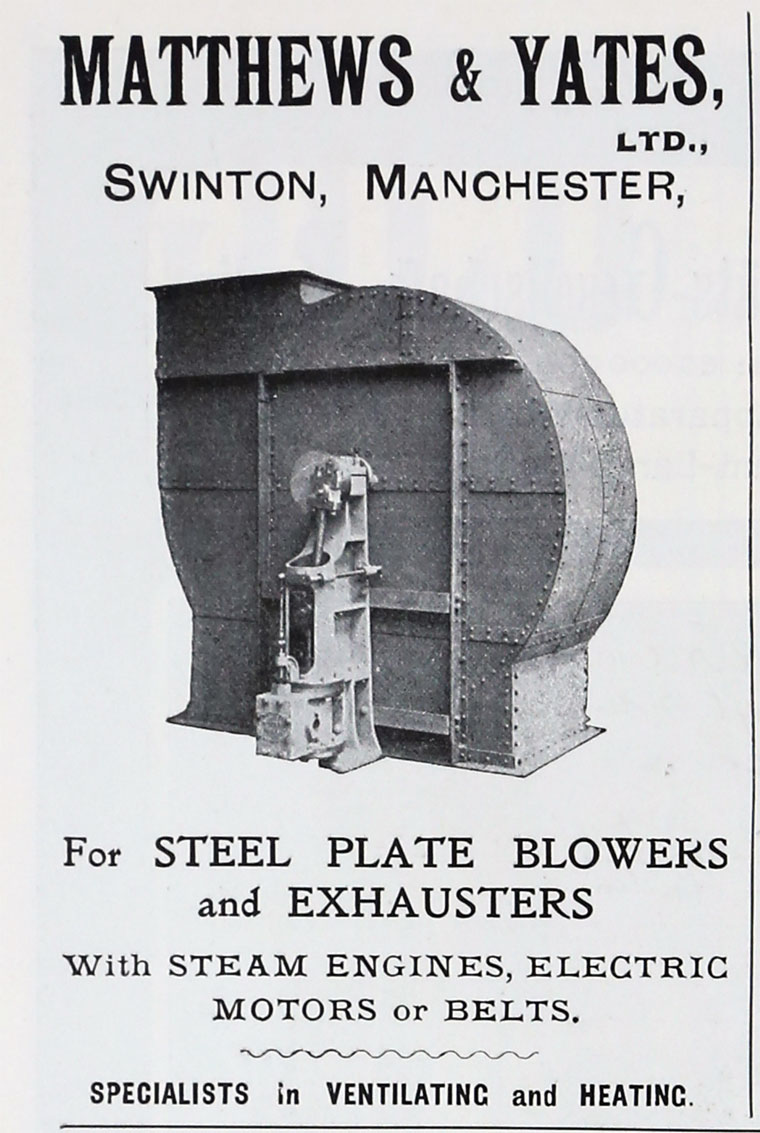 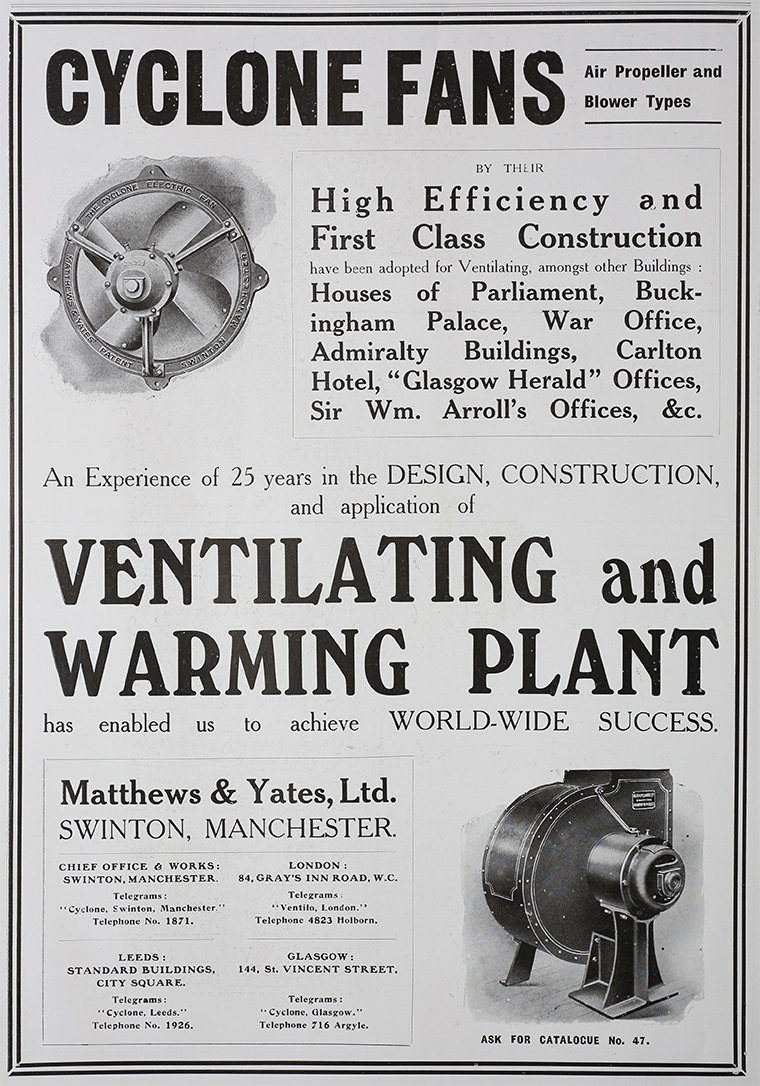 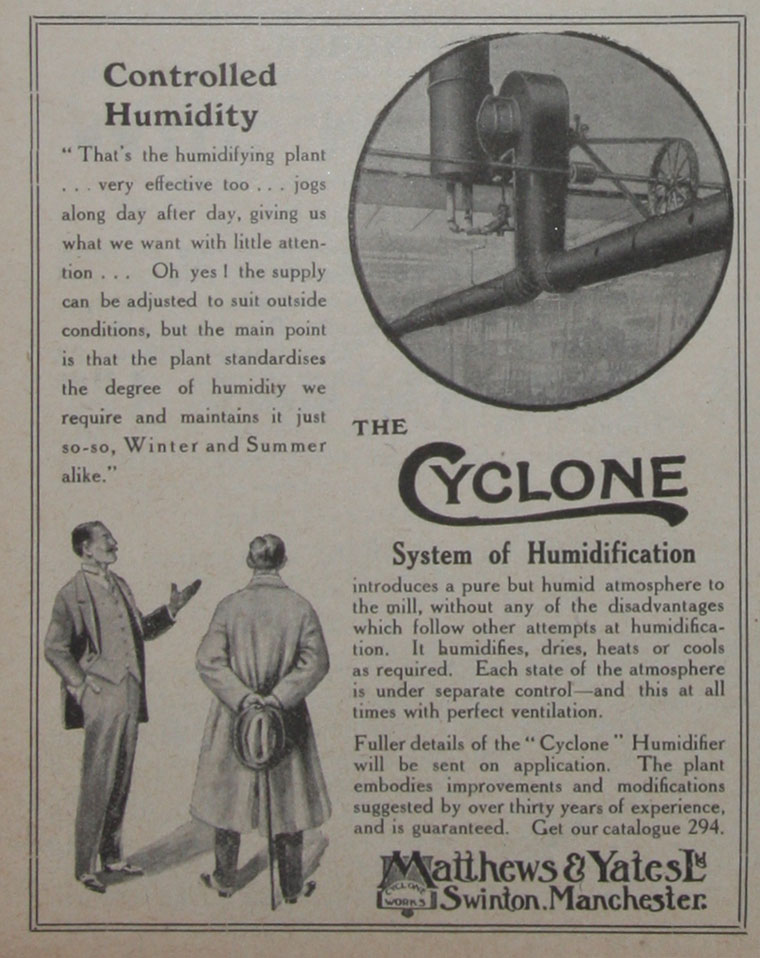 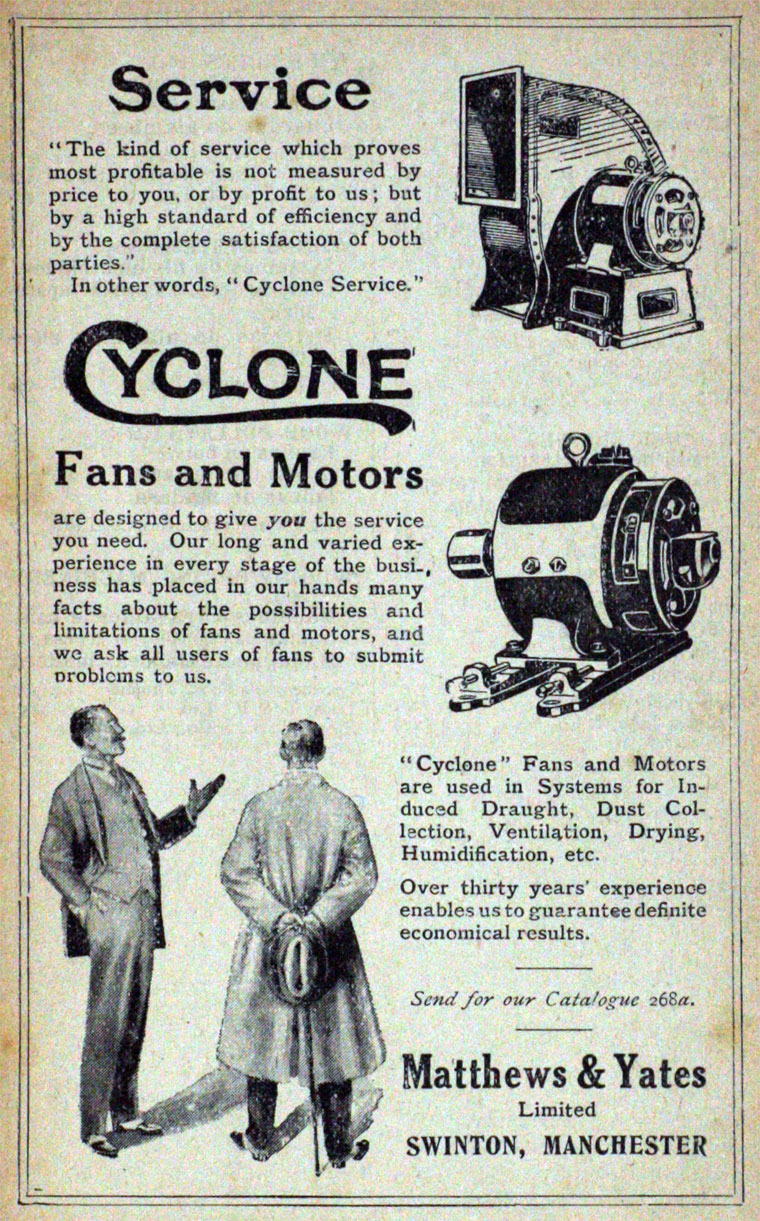 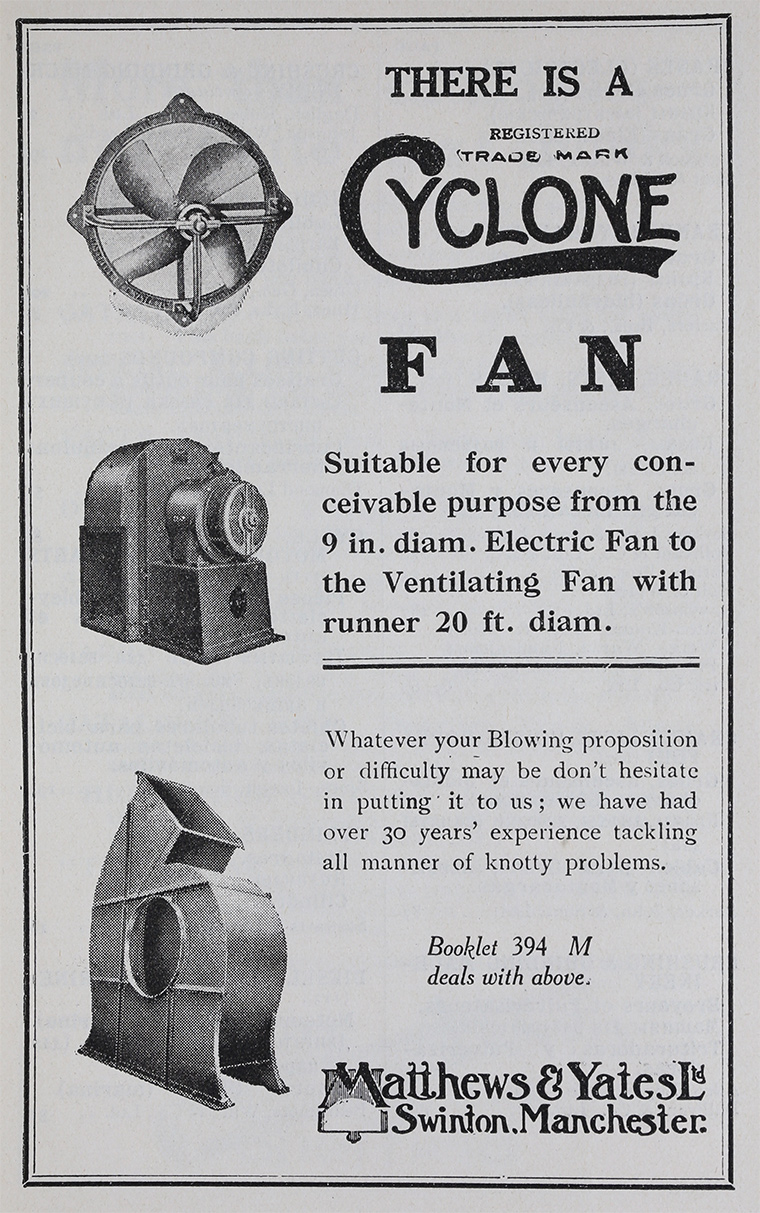 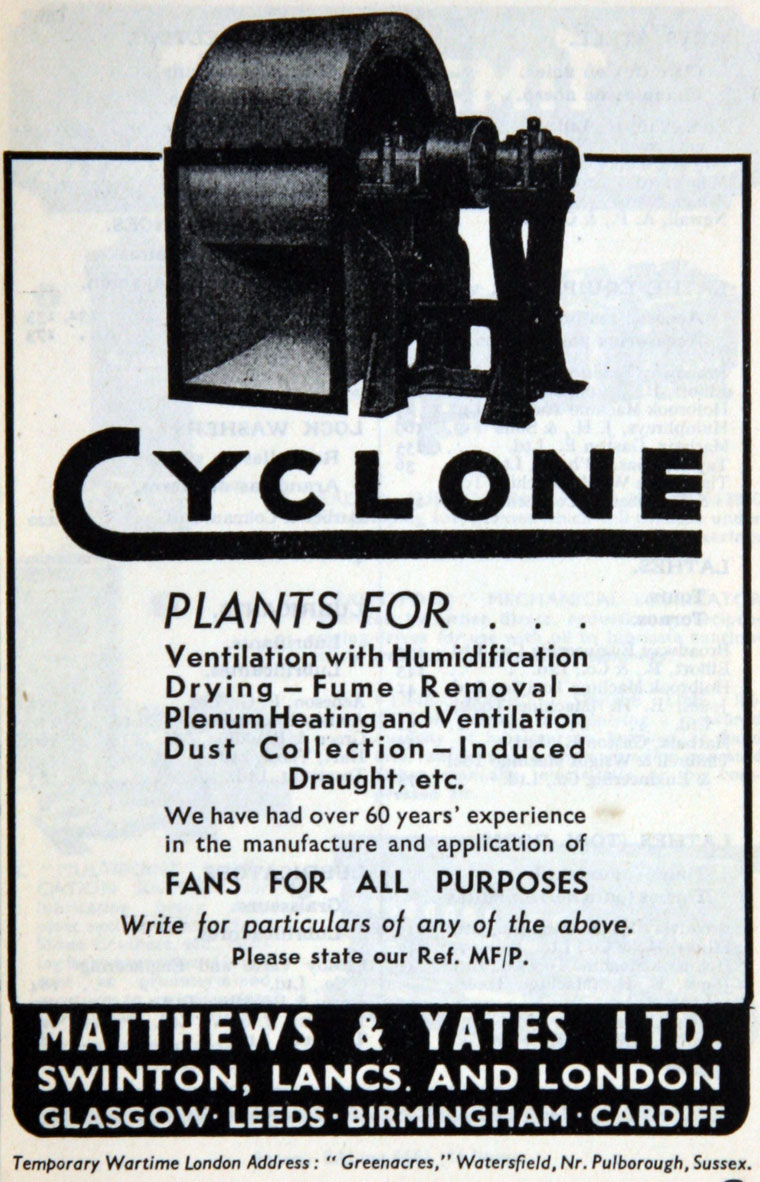 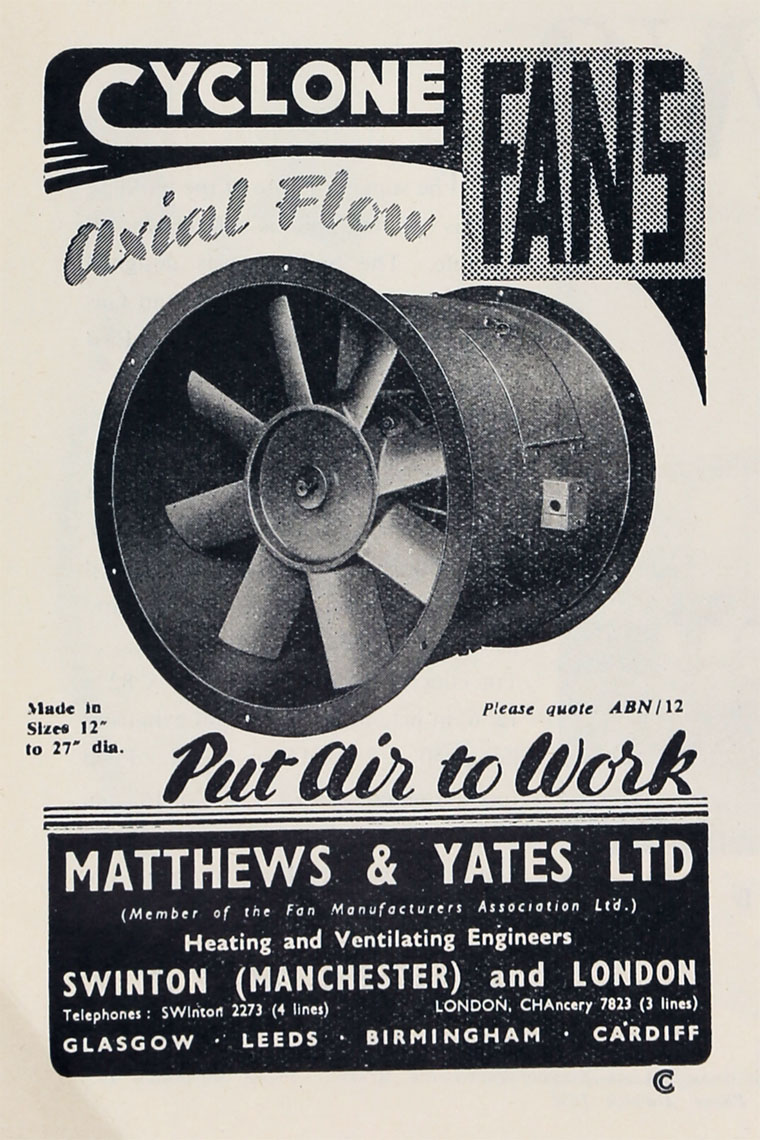 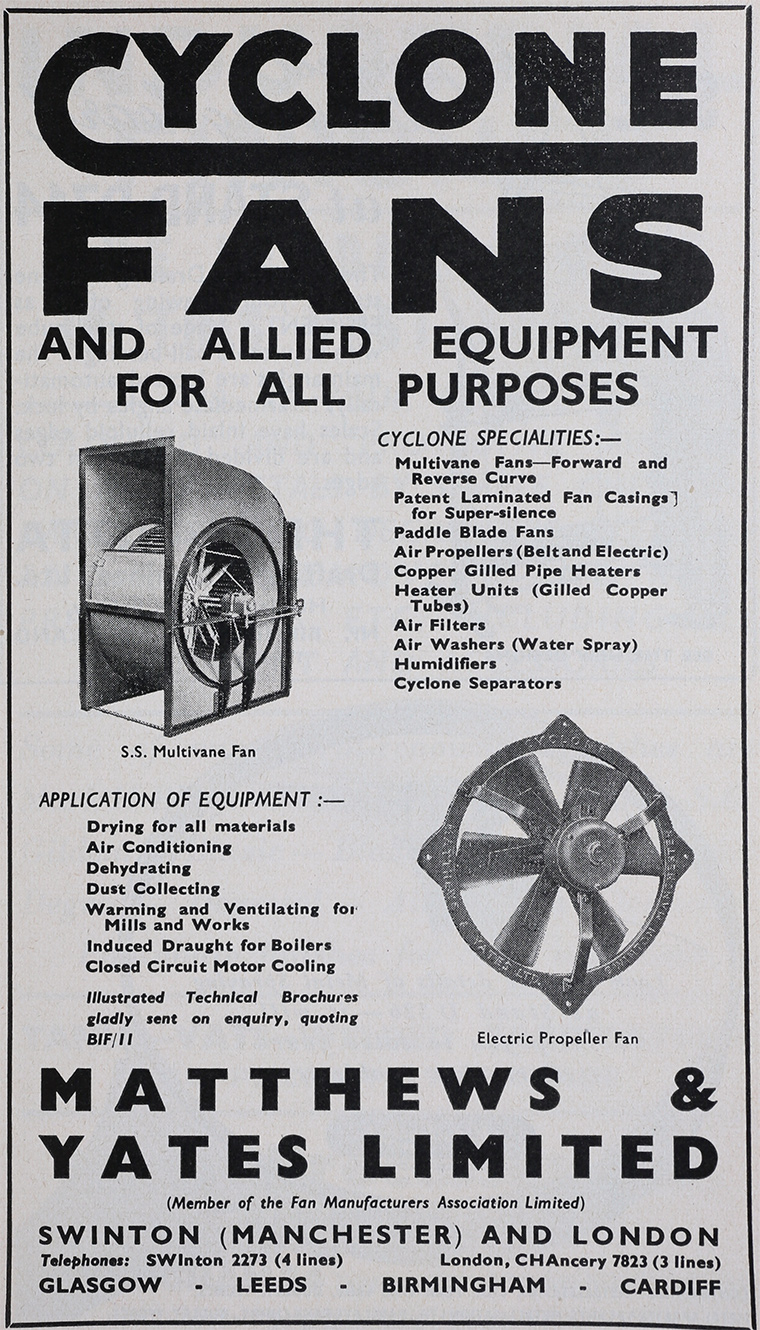 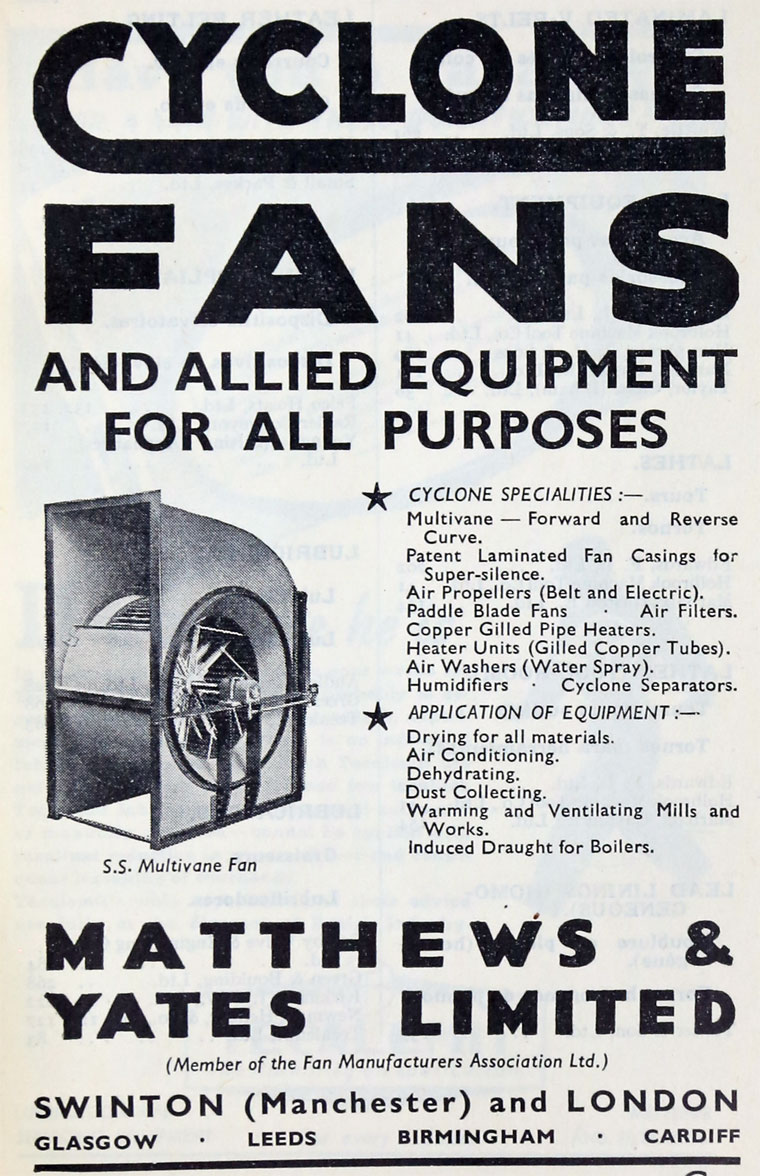 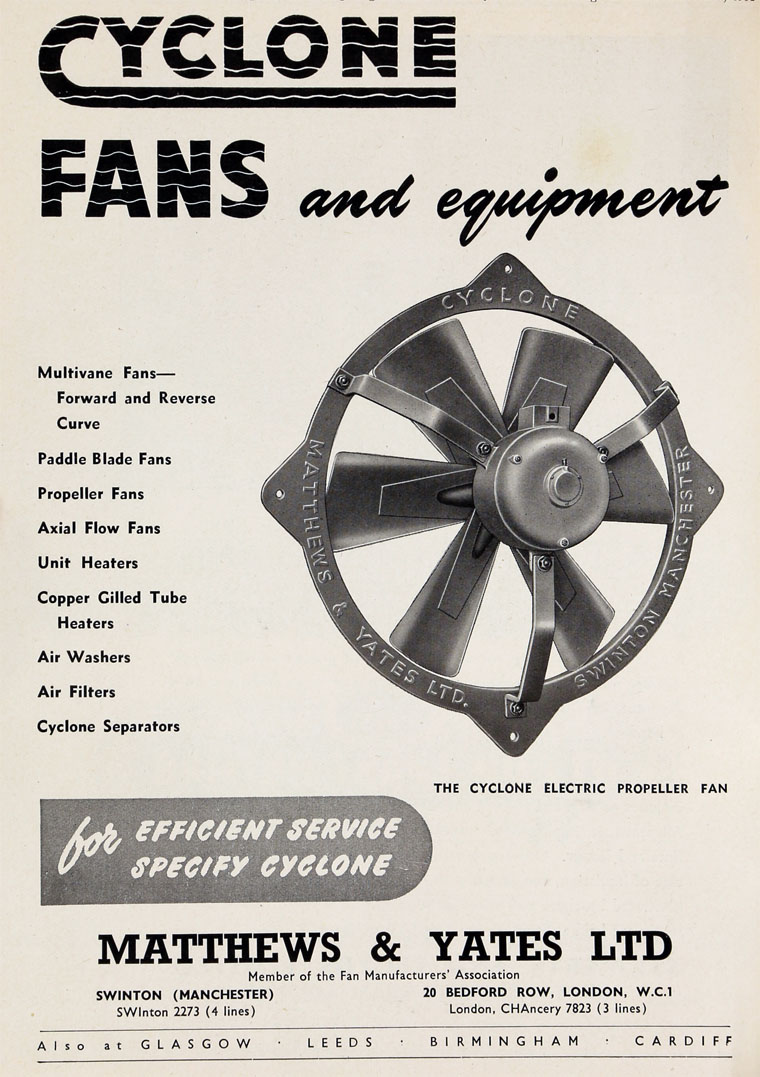 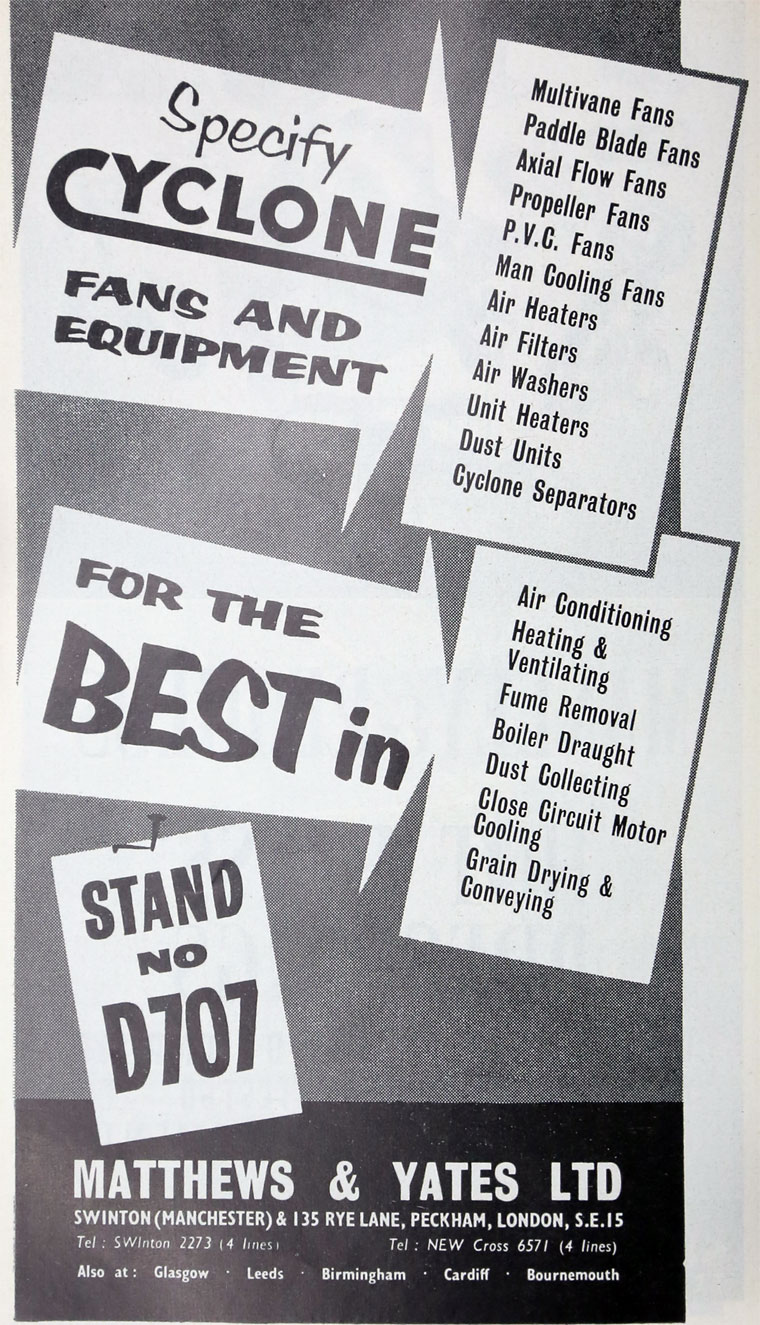 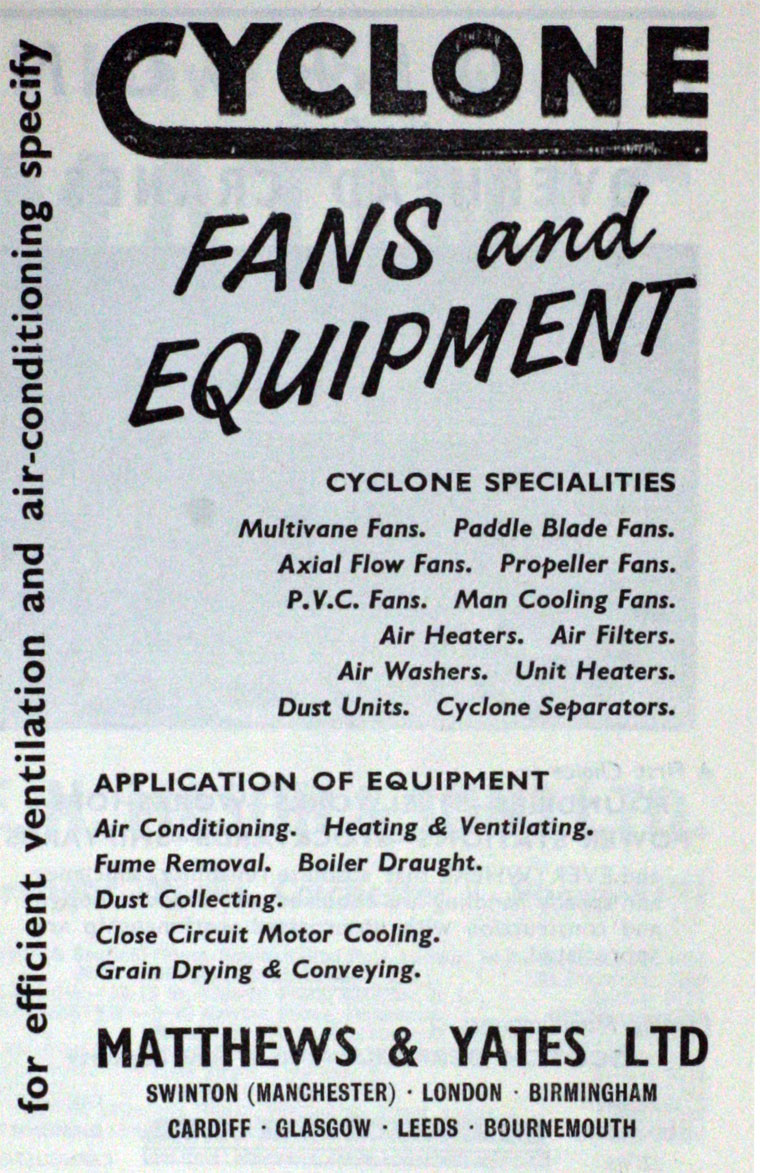 1940 Advert for plants for ventilation etc.

1945 Advert for 'Cyclone' plants for drying and air conditioning.

1984 Acquired the fan business of Sturtevant