Grace's Guide is the leading source of historical information on industry and manufacturing in Britain. This web publication contains 138,914 pages of information and 225,312 images on early companies, their products and the people who designed and built them. 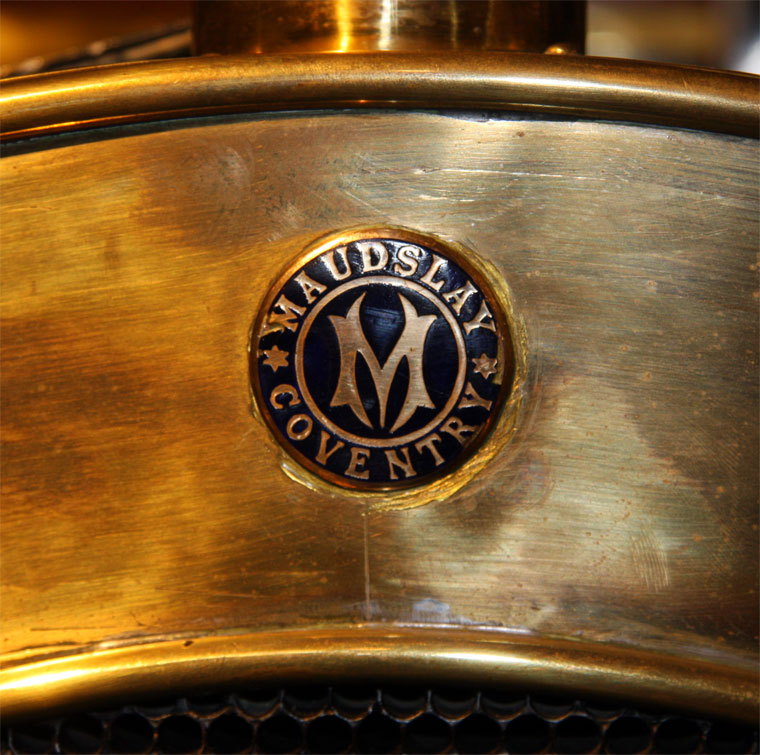 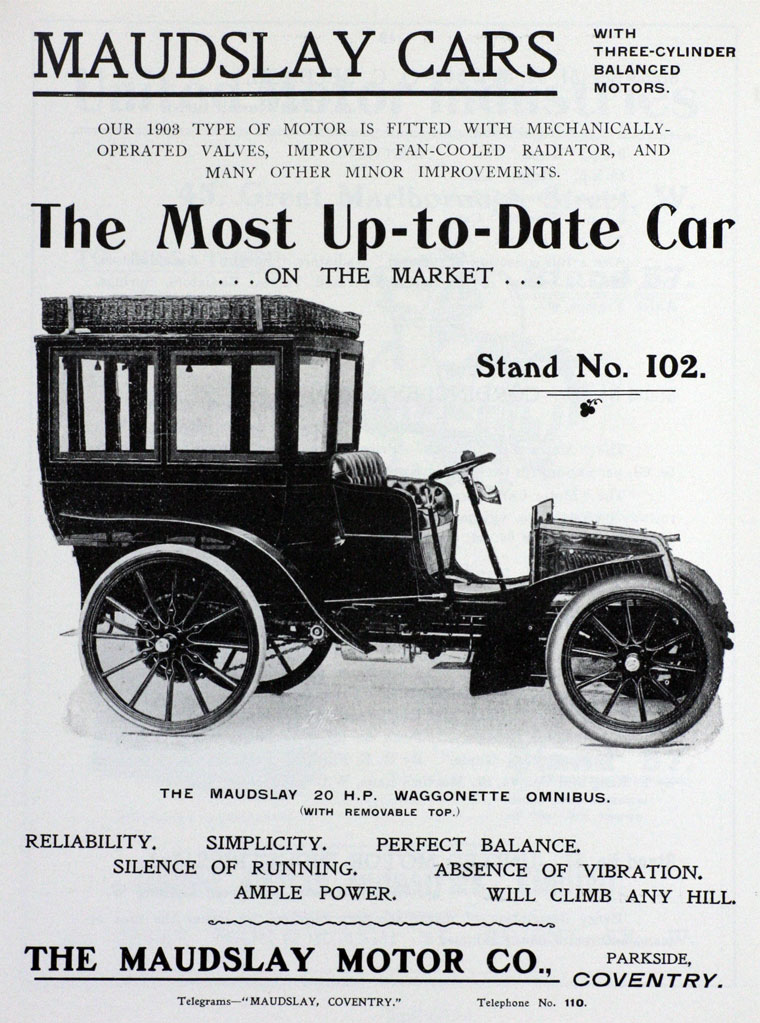 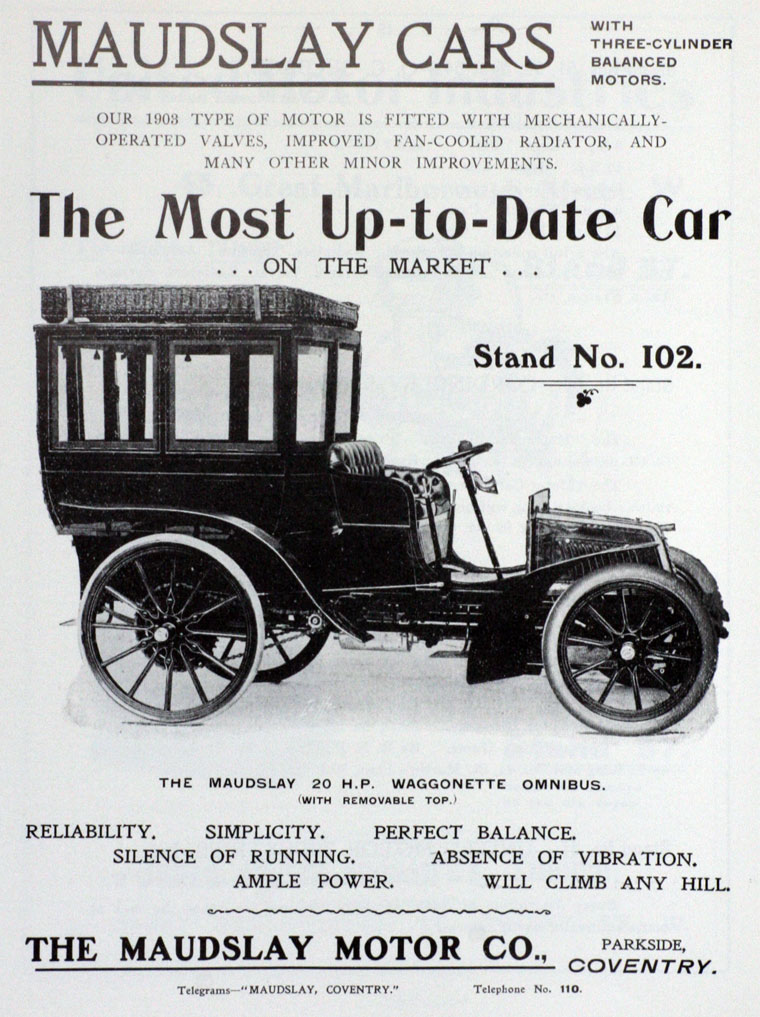 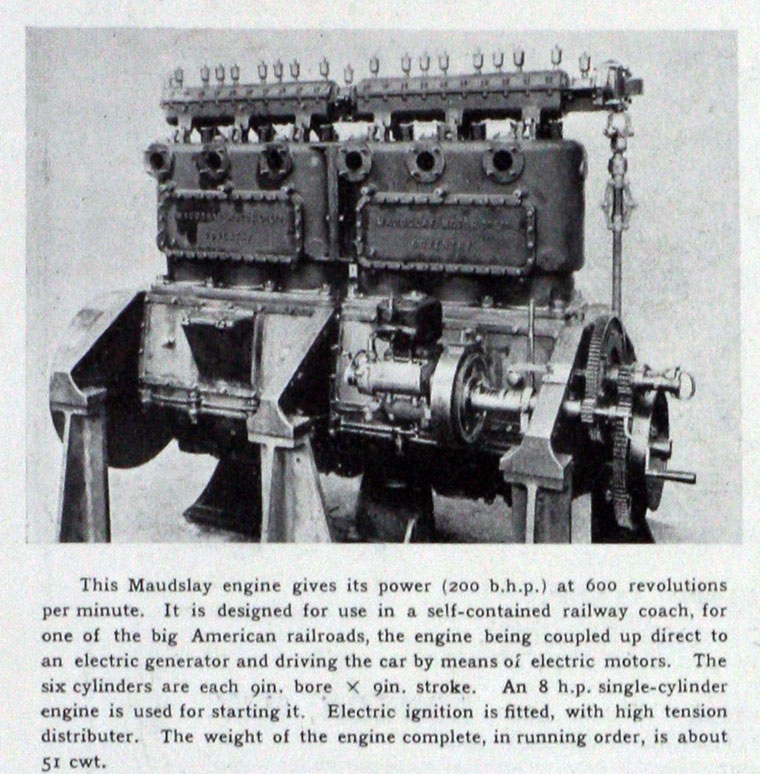 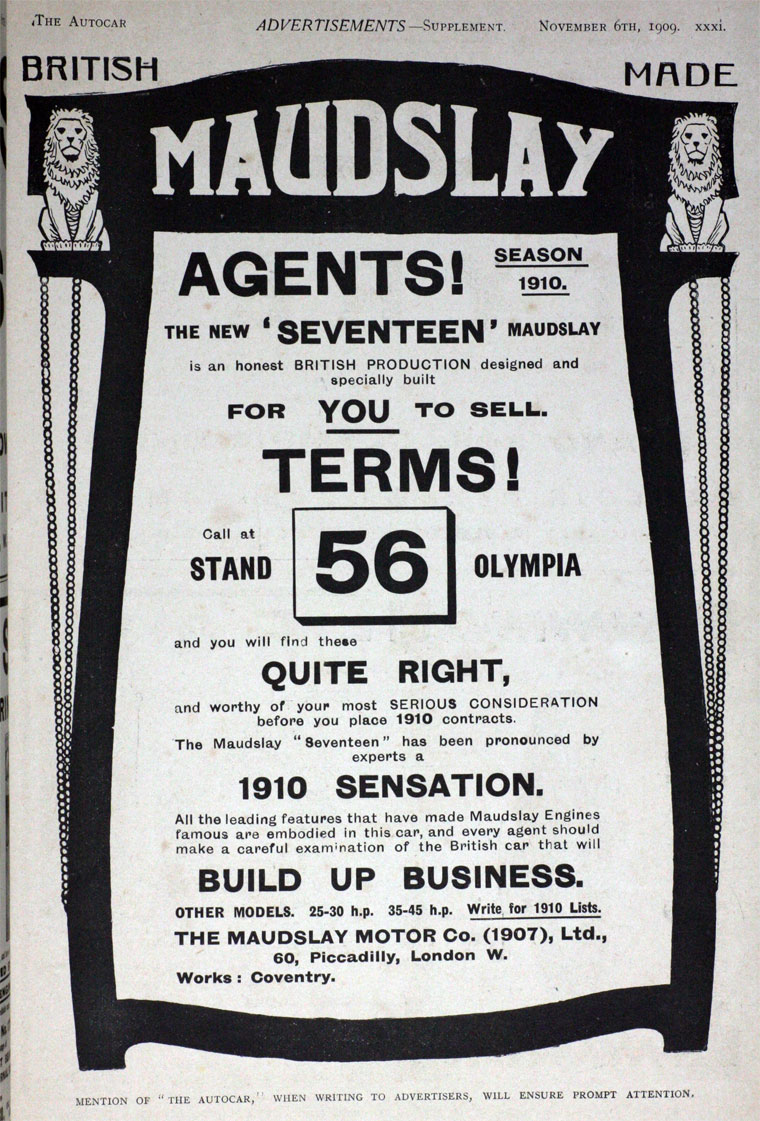 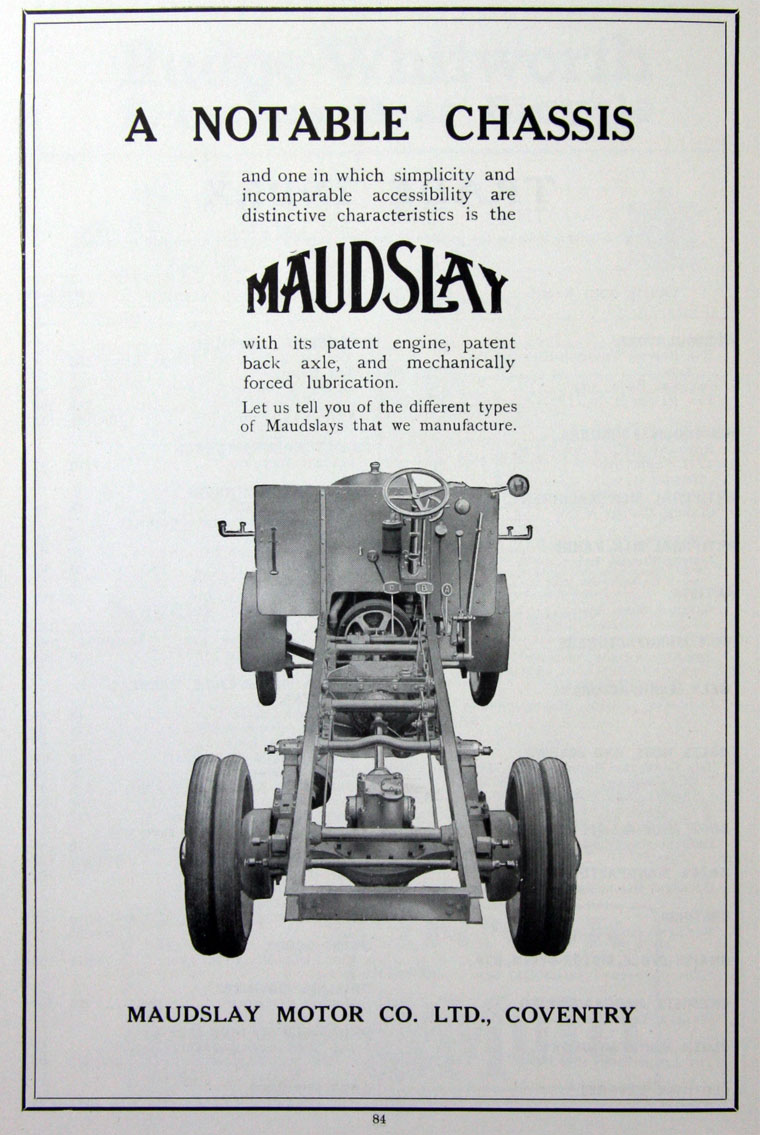 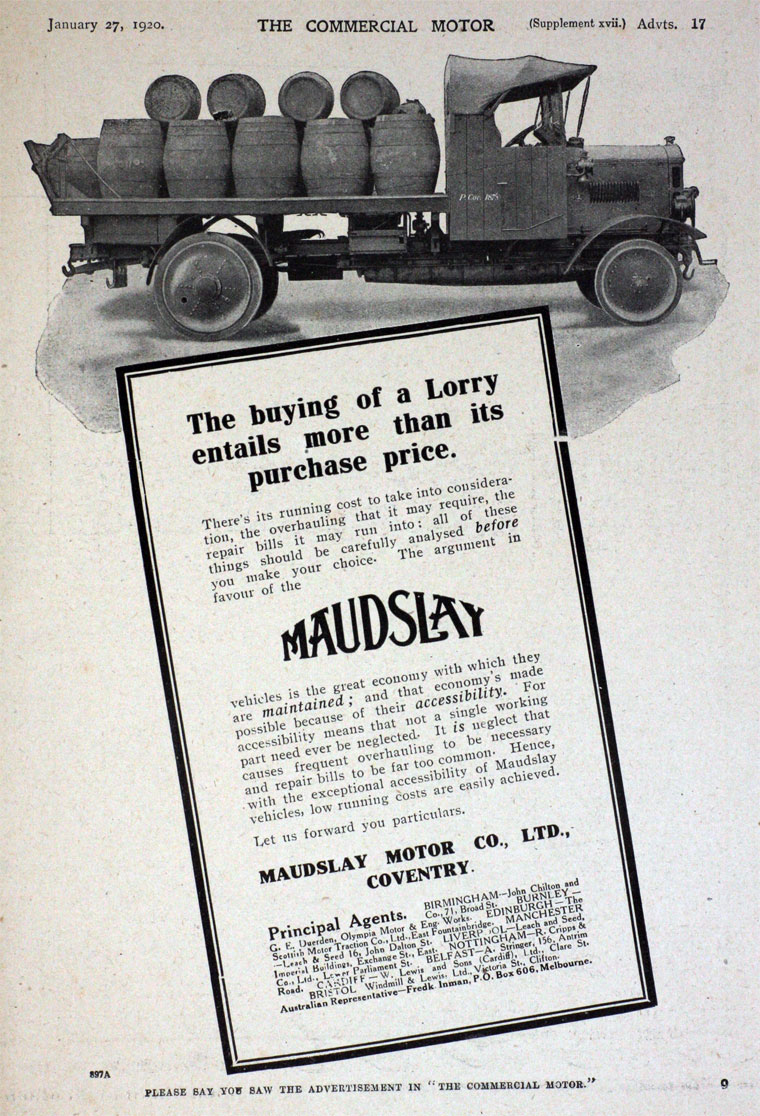 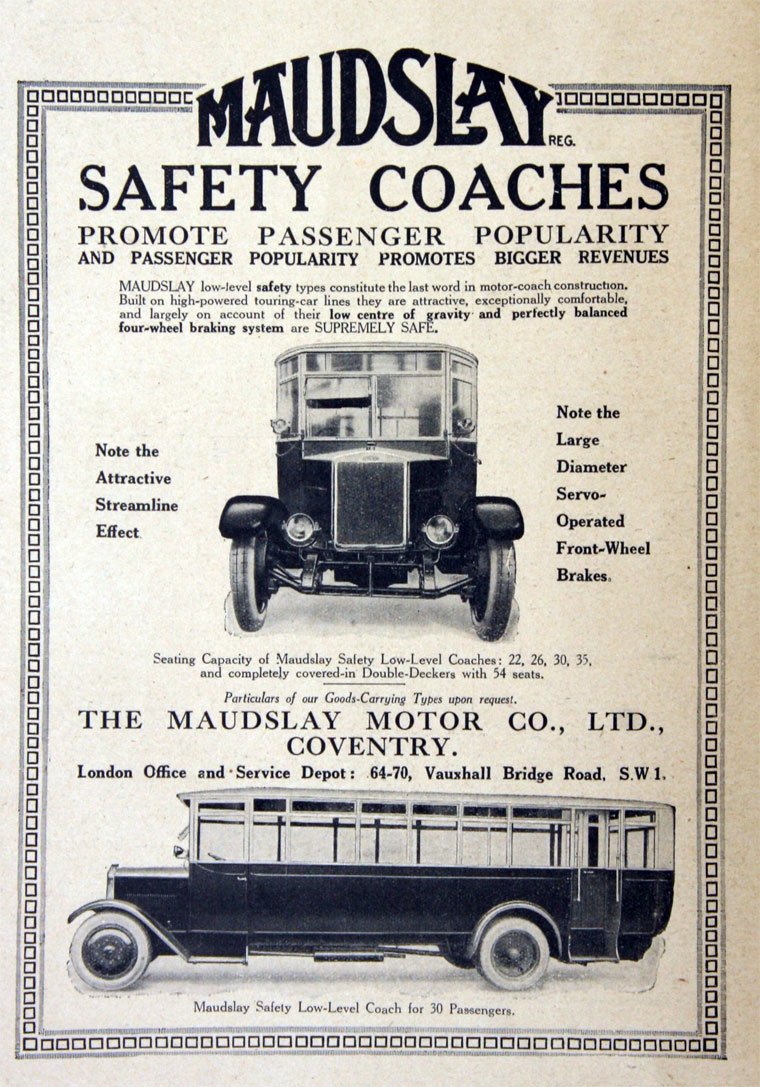 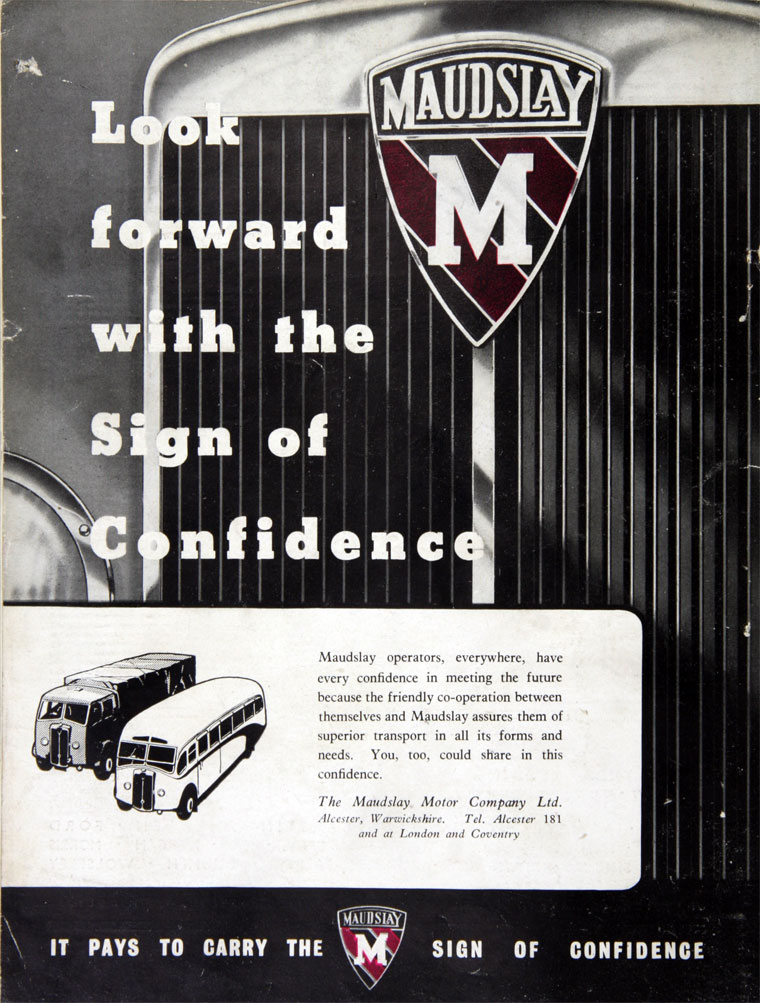 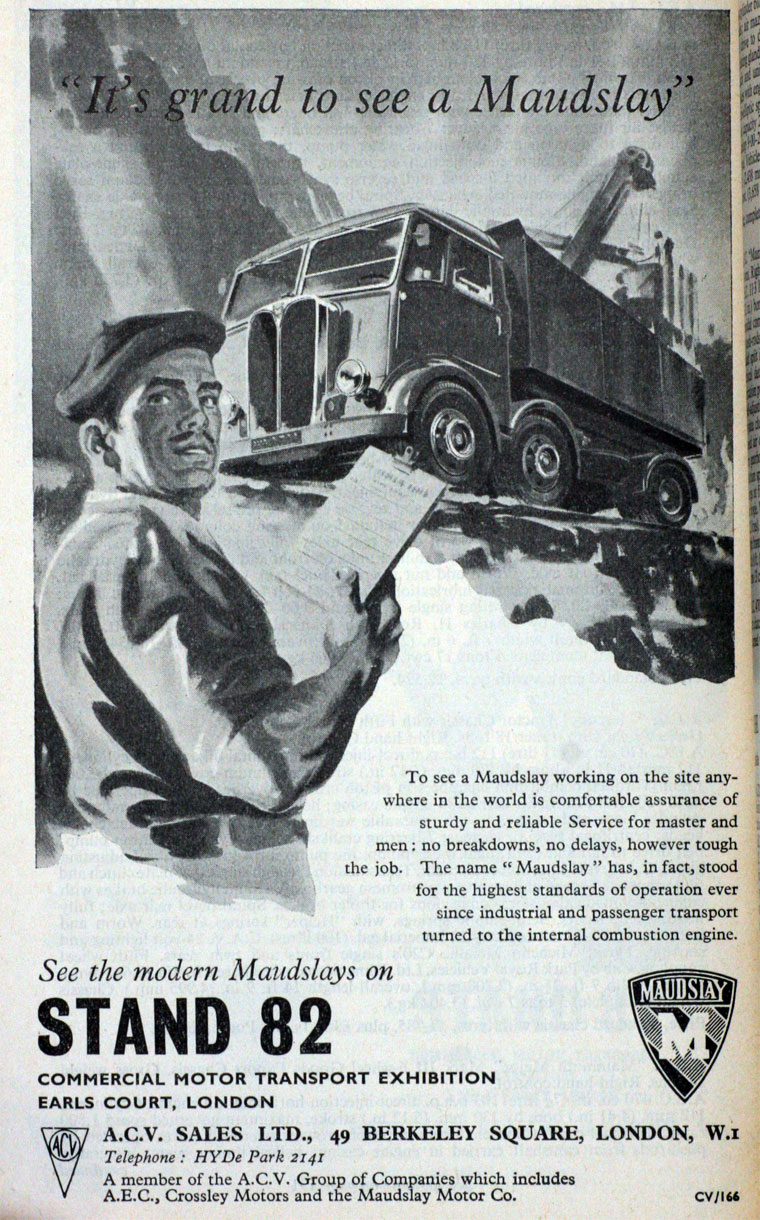 Maudslay Motor Co of Parkside, Coventry was a manufacturer of Lorries and Trucks from 1903 to 1954.

See Maudslay Marine Motors which was presumably connected with this company.

1905 April. Details of the commercial vehicles including a 14-hp single-deck omnibus and 15 cwt covered van.[1]

1907 Became a public company. The company, Maudslay Motor Co (1907) was registered on 7 March, to take over the business of a company of almost similar title. [2]

1920 October. Exhibited at the Commercial Motor Exhibition at Olympia with two motor lorries (one at 6 tons and the other was side-tipping) and a 40 hp charabanc. [6]