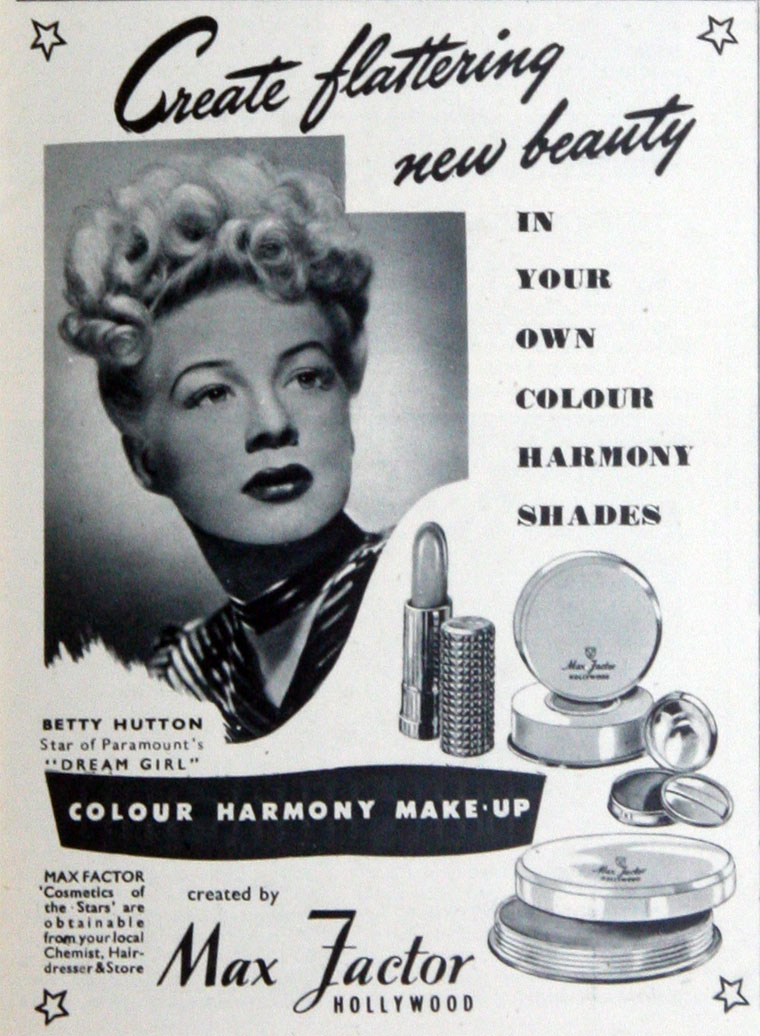 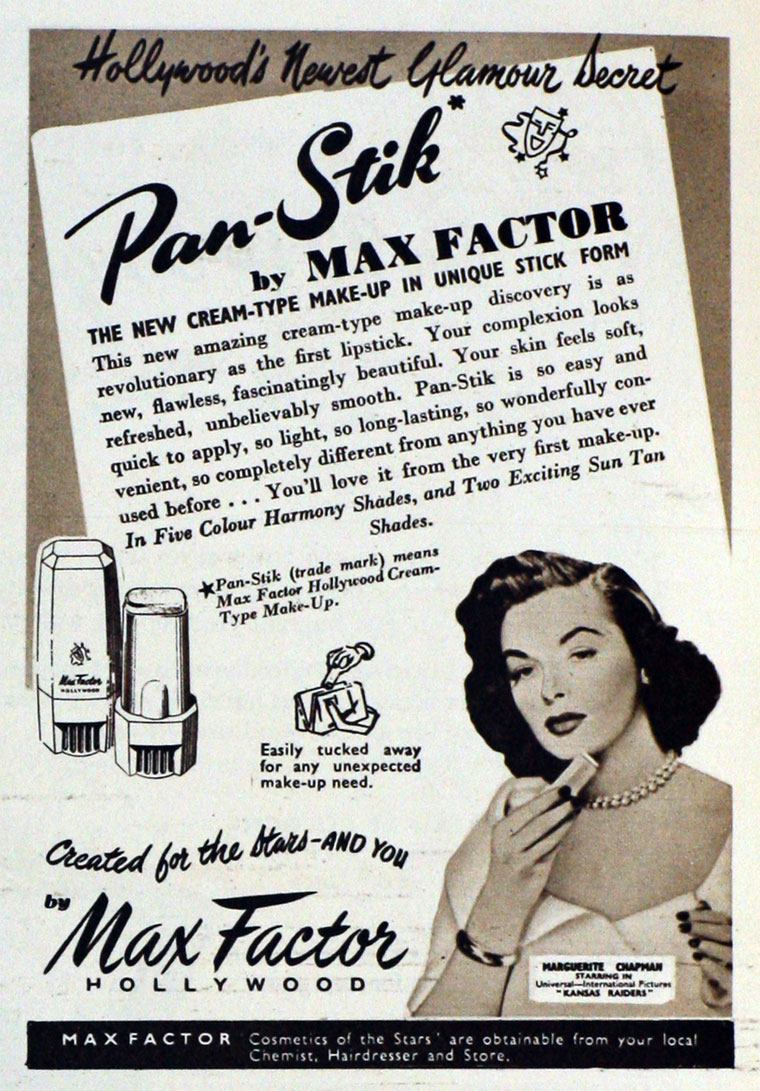 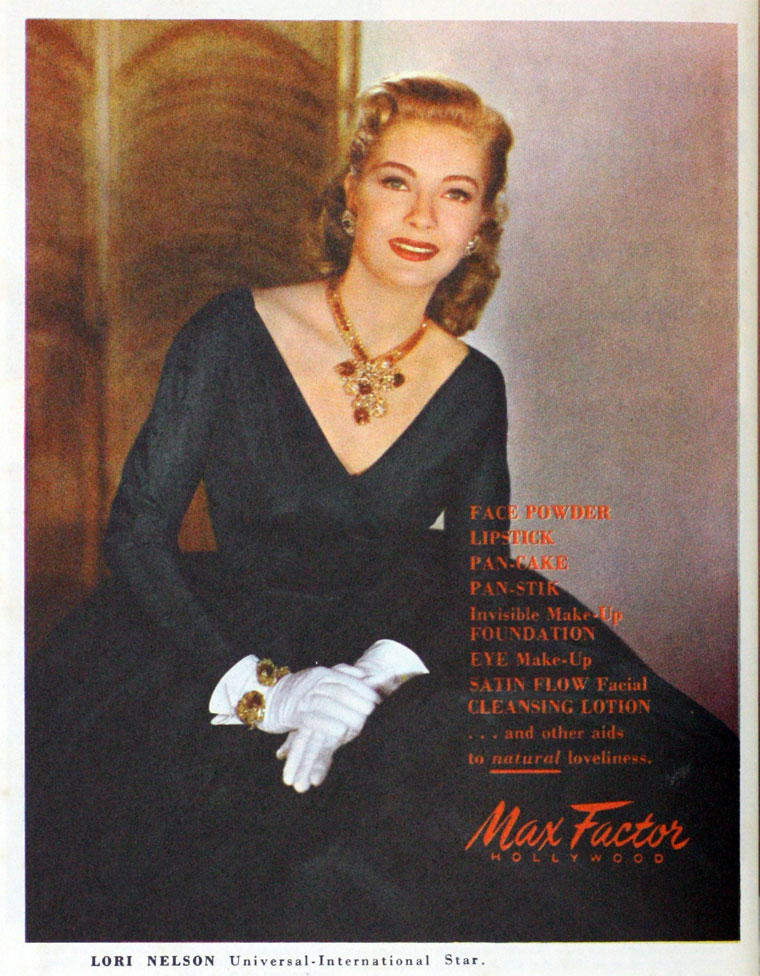 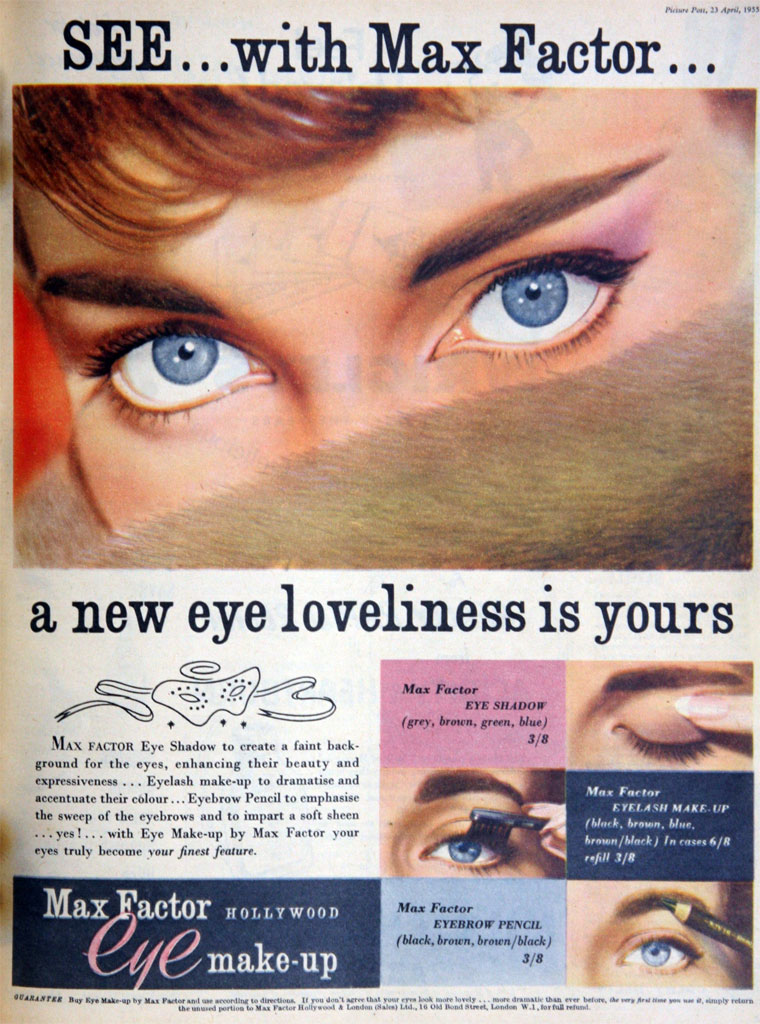 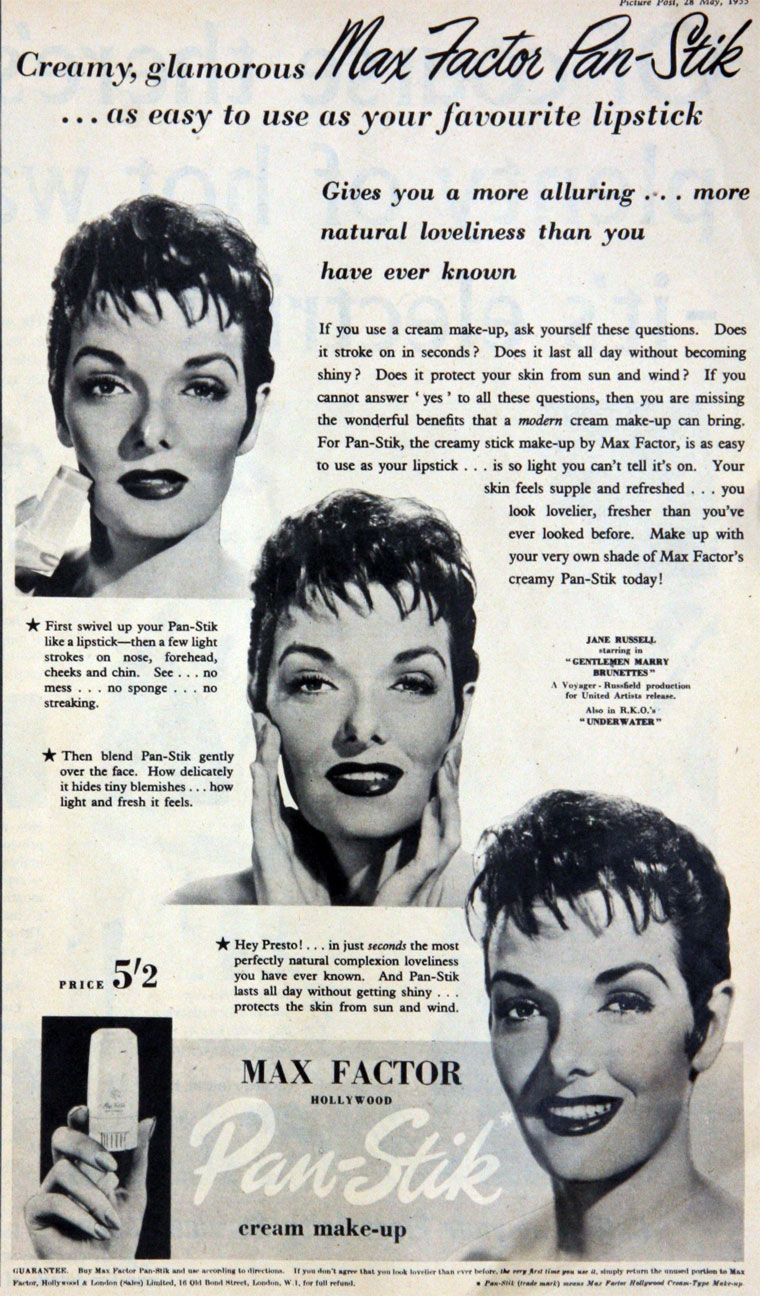 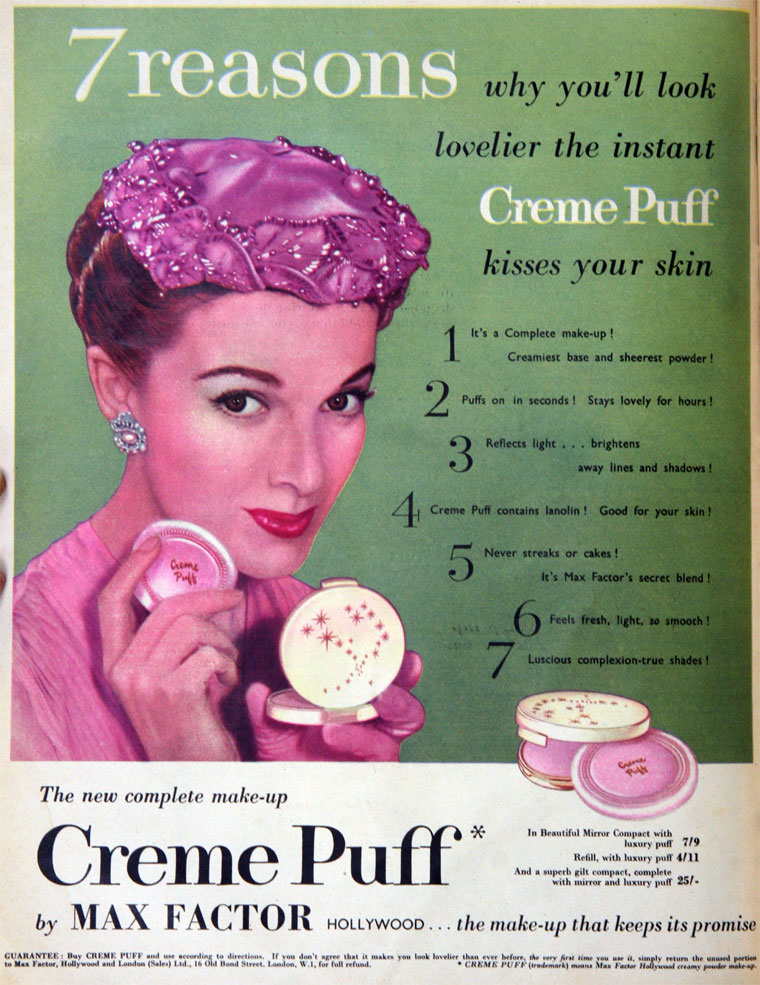 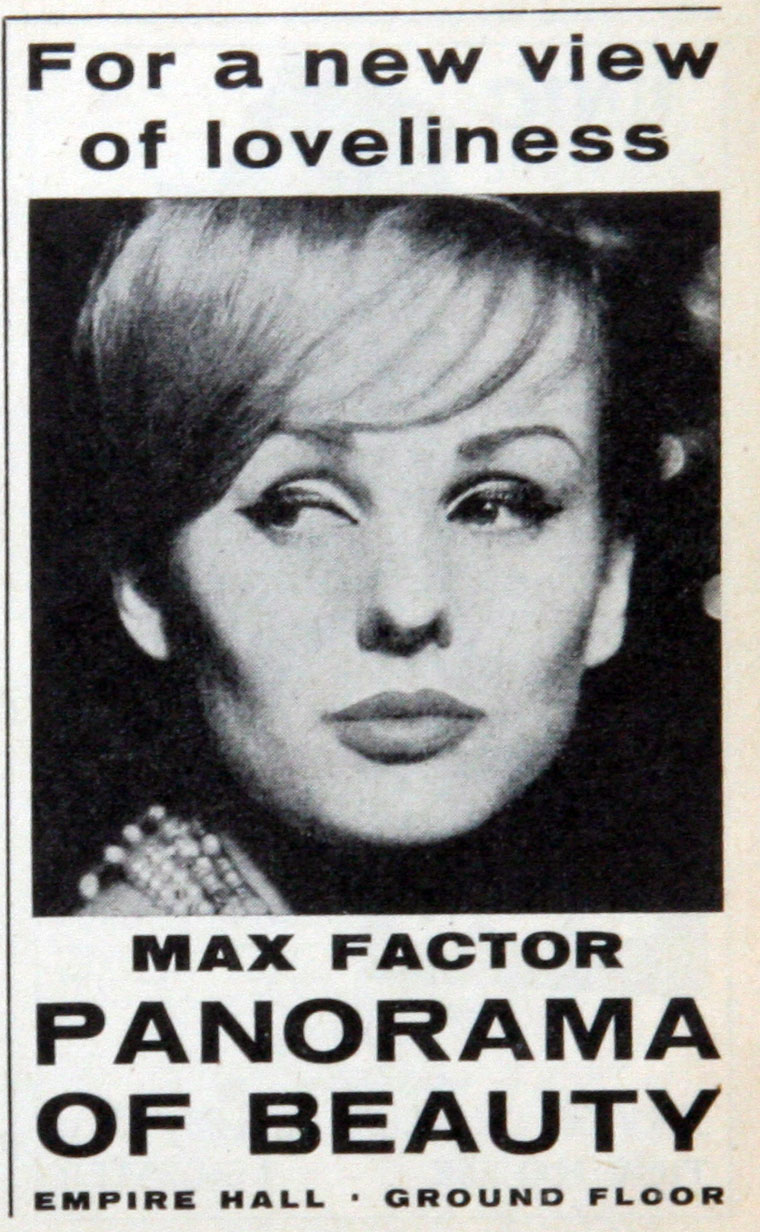 Max Factor and Company is an international cosmetics firm, founded in 1909 by Maximilian Faktorowicz, Max Factor, a Polish make-up artist for the Russian royal ballet. Presently, the Max Factor name is a popular brand of Procter and Gamble, which purchased the company in 1991.

In the 1920s and 1930s, the "golden years" of Hollywood, Max Factor became intimately associated with the world of movie make-up. He created the lip gloss for the movies in 1914, and coined the term "make-up", based on the verb, "to make up" (one's face).

Max Factor is credited with many cosmetic innovations.

1909 Max Factory and Company was founded.

1914 Created the first make-up made specifically for motion pictures, a thinner greasepaint made in 12 shades. It was in cream form and packaged in jars, as opposed to the thicker stick greasepaints used for theatre.

1920 Developed the "Color Harmony" principles of make-up, which held that "certain combinations of a woman's complexion, hair and eye colouring were most effectively complemented by specific make-up shades".

1925 Introduces "Max Factor's Supreme Nail Polish", a metal pot of beige-coloured powder that is sprinkled on the nails and buffed with a chamois buffer. It gives nails shine and some tint.

1927 Creates "Society Nail Tint", a small porcelain pot containing rose coloured cream. Applied to the nail and buffed, it gives a natural rose colour. "Society Nail White" also hits the market. It is a tube of chalky white liquid that is applied under nail tips and left to dry. The end result resembles the modern French manicure.

1928 Developed makeup, made specifically for use in black-and-white films. Max Sr. was awarded an Oscar for this innovation.

1932 Developed a line of "Television Makeup", specifically to meet the needs of television.

By the 1940s Max Factor was exporting to over 80 countries.

1954 Created Erace, the original concealer, and developed a line of cosmetics specifically for colour television's needs. (This line remains the standard for TV makeup.)

1965 Max Factor, Jr. established "Geminesse", a line of makeup, skincare and perfume products that were sold only by uniformed clerks in department stores. The packaging and products were different; many of the containers were designed to resemble Grecian sculptures.

1973 After the death of president Alfred Jay Firestein, Max Factor & Co merged with Norton Simon Industries. It was under Norton Simon that Max Factor launched "Maxi", a line of makeup aimed at a younger, more savvy consumer. Maxi sold products aimed at adolescent tastes, such as lip gloss, colour rubs and "mood" lipsticks. Maxi was priced to compete with market leaders Bonne Bell and CoverGirl. Neither Maxi, Geminesse nor Max Factor were able to lift the company's declining profits and market share.

1976 President Chester Lee Firestein and Max Factor, Jr. resigned. They were the last members of Max Factor's immediate family to work for the company.

1975 Max Factor launched the successful Halston line of fragrances, which quickly became the second best-selling designer fragrance in the world. (Chanel No. 5 was first).

1983 A company called Esmark took over Norton Simon. Esmark then merged with Beatrice Foods, which lumped Max Factor into their Playtex beauty division.

1991 Revlon sold Max Factor to Procter and Gamble for $1.5 billion.

2007 Procter and Gamble own the Max Factor brand.