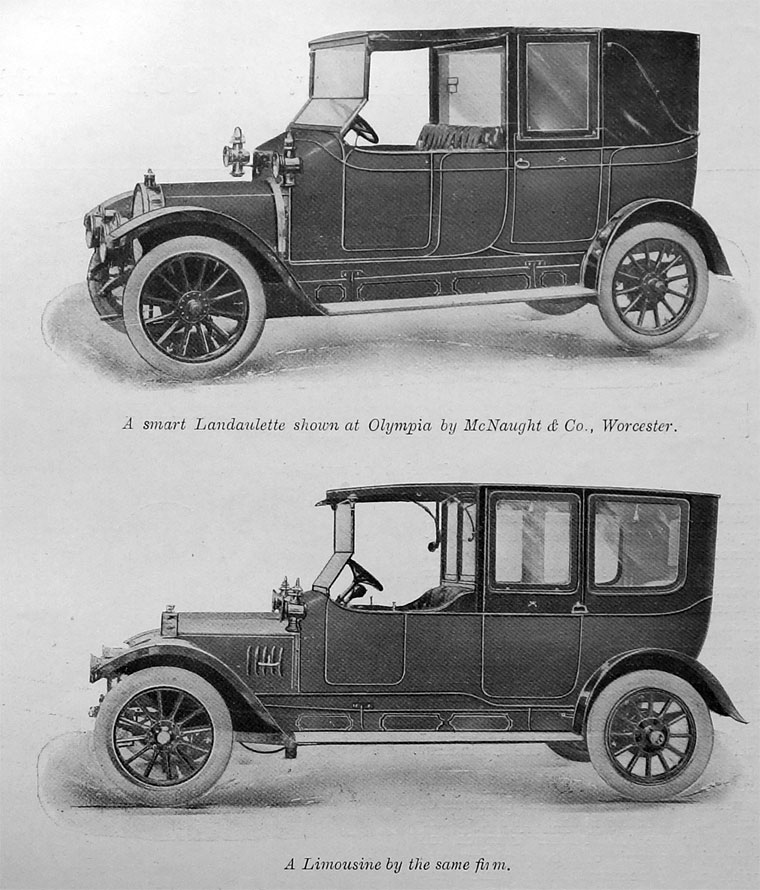 of 7 and 8 Broad Street, Birmingham

1790 Company established by Newton and Kinder.

1856 J. A. McNaught joined the firm - Kinder, McNaught and Smith

1909 Incorporated as a limited company, McNaught and Co Ltd.