Photo displayed near Merrygill Viaduct, showing widening work in the 1880s. Note the ladder rising from the valley floor! 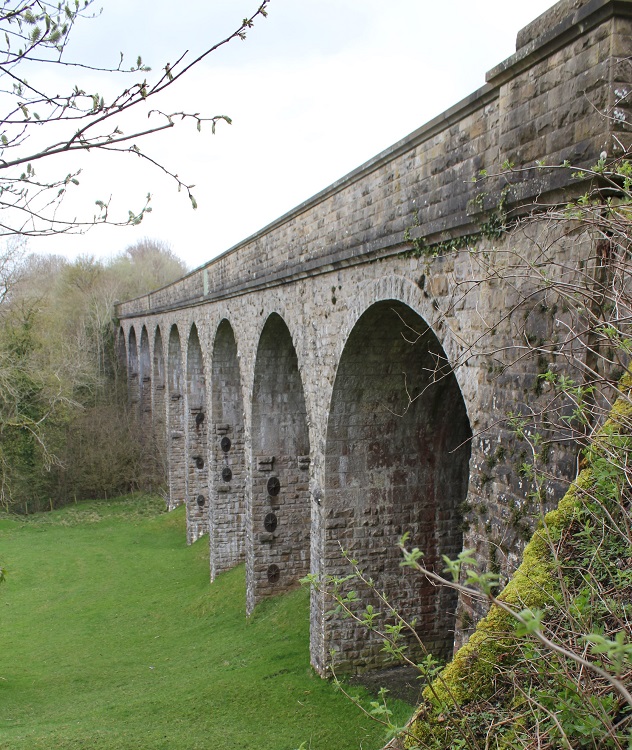 Nine arches of 30 feet span, built to a slight curve.

Merrygill Viaduct spans the narrow valley of Hartley Beck. Built of local limestone, Merrygill Viaduct has nine arches each of 30 feet span, with a total length 366 feet, and a height above the beck of 78 feet.

The route was heavily used by trains taking coke to Cumbria's blast furnaces, and between 1889-92 a second line was added to carry westbound trains, which involved building a second viaduct to the south side of the first. The complete structure is 25 ft 7" wide.[1]

The 'Stainmore Railway', as the route was known, was closed in 1962, but a short section serving Hartley Quarry continued in use until 1975, although it split from the main line just west of Merrygill Viaduct.