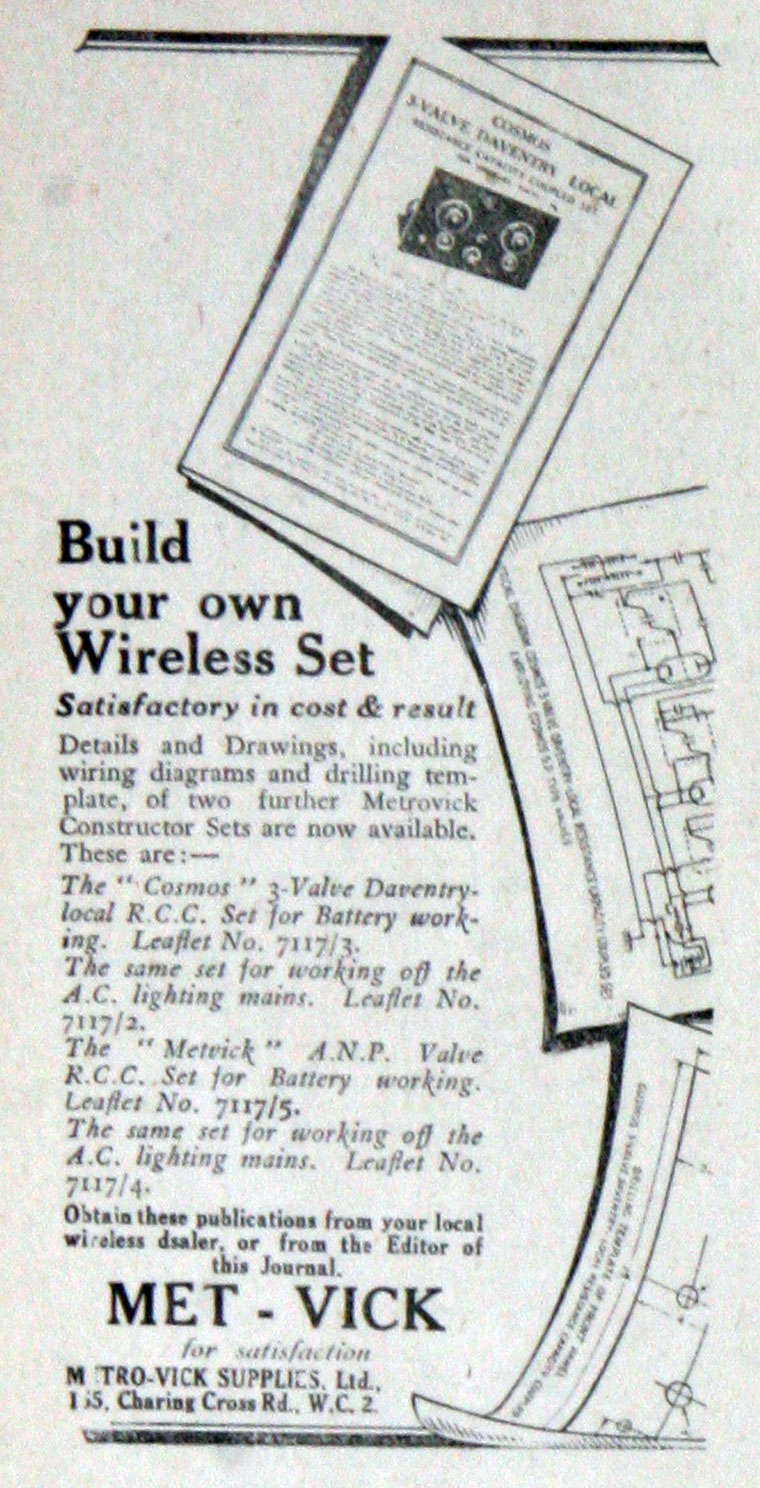 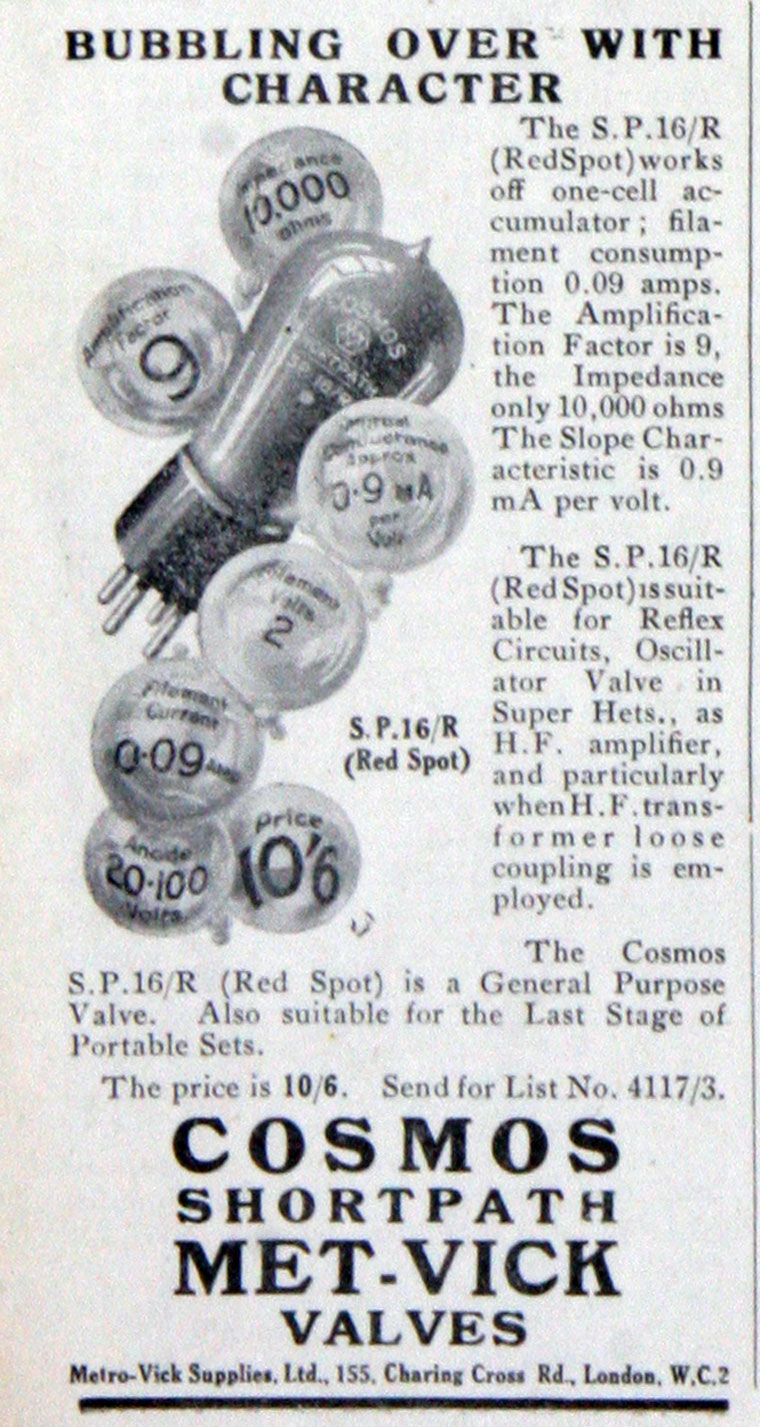 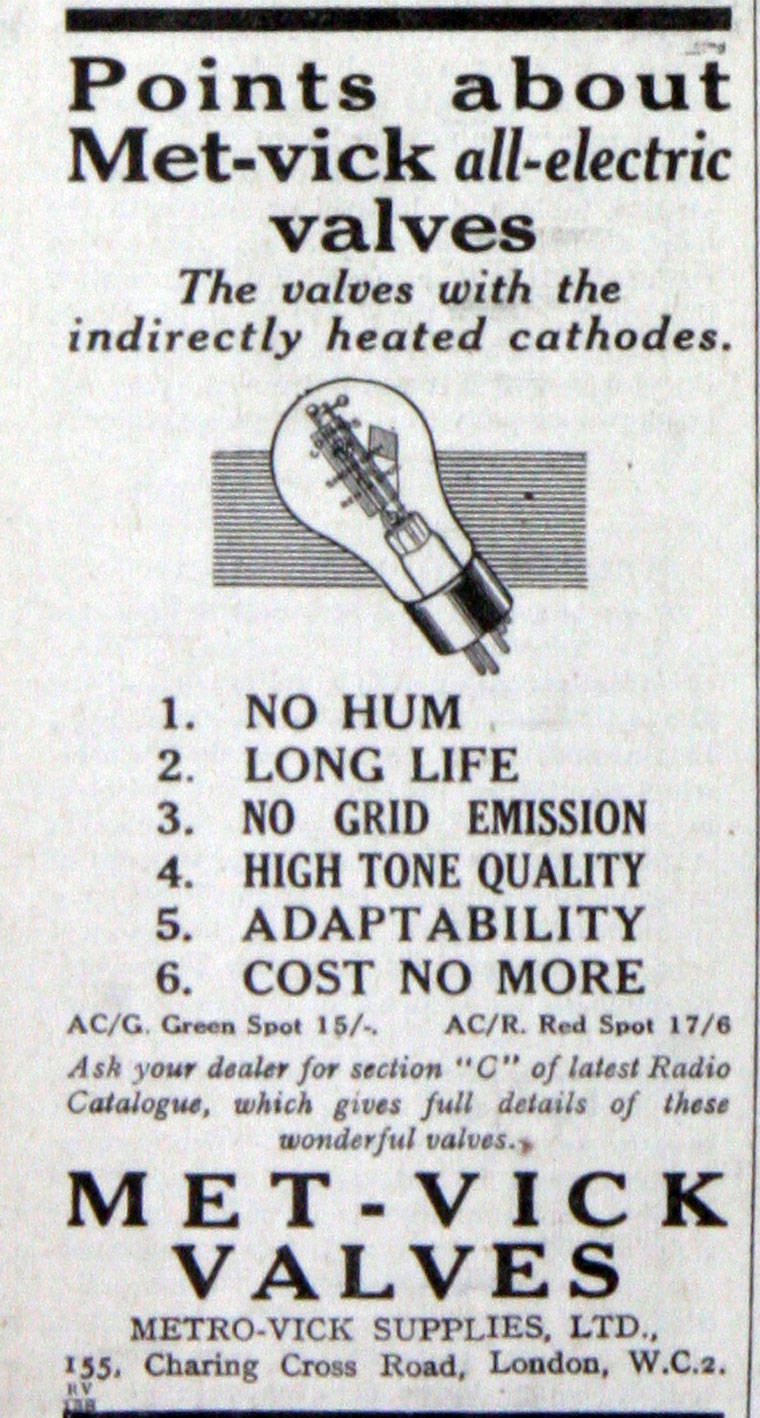 1924 As Metropolitan-Vickers' supplies business developed, it was decided to handle it through a subsidiary company, and on June 5 Metro-Vick Supplies Limited was registered with Captain Hilton as chairman. It had a head office at 4 Central Buildings, Westminster, and a large showroom in Holborn.

1926 Metropolitan-Vickers acquired a new building at 145, Charing Cross-road known as "Metro-Vick" House eventually to be known as Metro-Vick Supplies. "Every endeavour was made to ensure a prompt and efficient service and to assist contractors in connection with lighting and other problems. Excellent storage accommodation was provided and there was very elaborate showrooms in which all kinds of electrical fittings, domestic appliances, wireless goods, etc. were displayed. There was also an illuminating engineering department, a writing room with stenographic service for the company's trade customers, and ground floor windows fitted with the most modern arrangements for shop window lighting and display."[1]

1926 Mr P. F. Crinks left his position at Metropolitan-Vickers as London district manager to take up the position as managing director for Metro-Vick Supplies.[3]