Grace's Guide is the leading source of historical information on industry and manufacturing in Britain. This web publication contains 140,545 pages of information and 227,382 images on early companies, their products and the people who designed and built them. 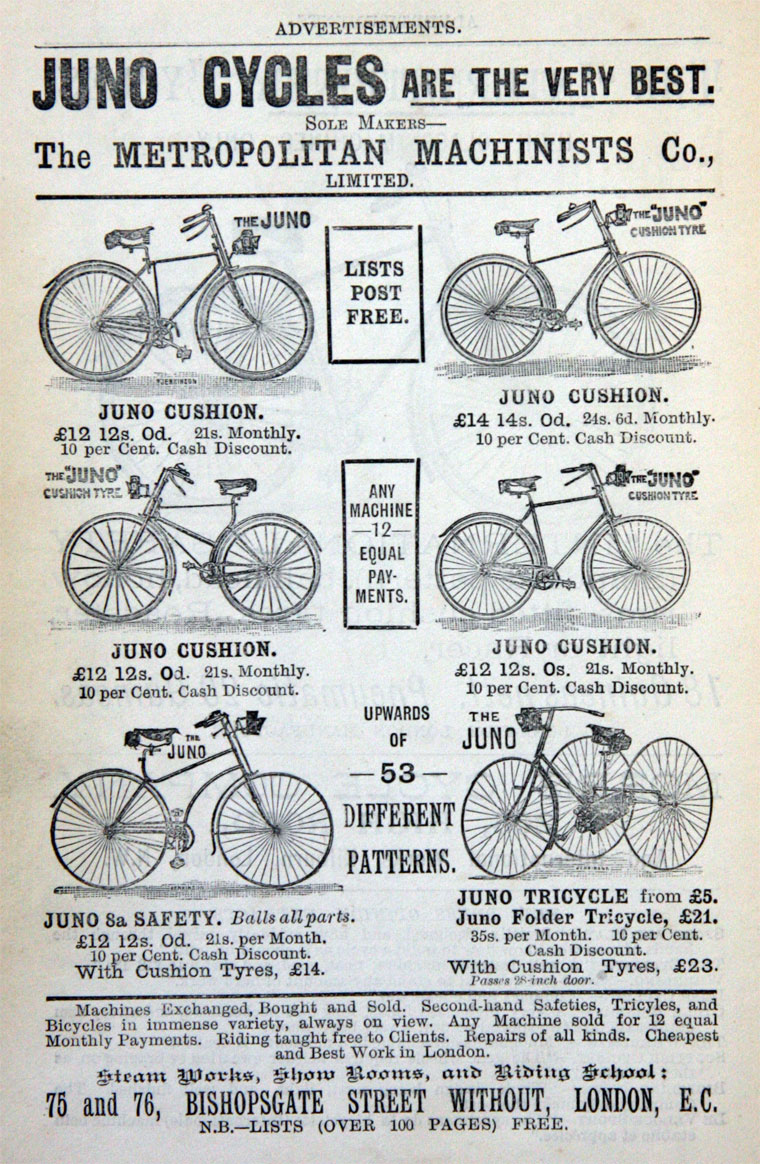 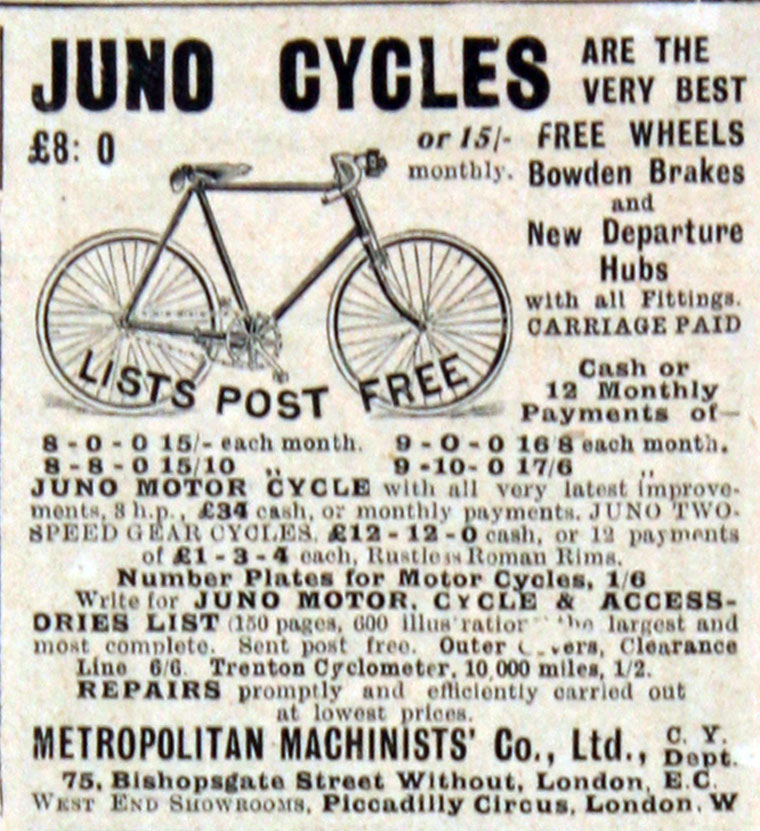 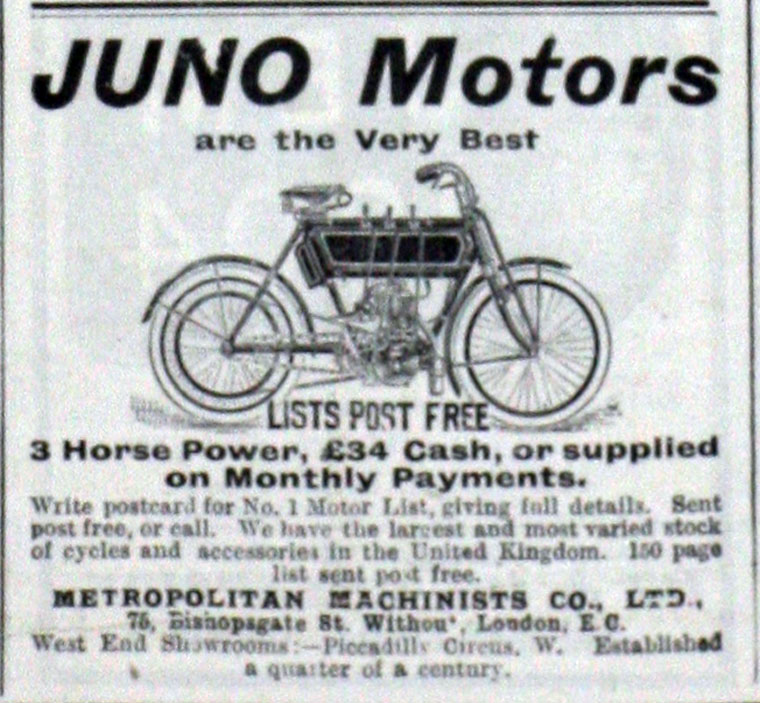 1883 Partnership dissolved. '...the Partnership heretofore subsisting between us the undersigned, Thomas Fuller Toovey and William Harland Hebb, carrying on business as Bicycle and Tricycle Manufacturers and Agents, at No. 75, Bishopsgate-street Without, in the county of Middlesex, under the style or firm of the Metropolitan Machinists' Company, and at No. 57, Queen Victoria street, in the city of London, under the style or firm of the London Cycle Supply Association, was dissolved this day by mutual consent. The respective businesses will be in future carried on by the said William Harland Hebb...'[1]

1890 Jan/Feb. The Stanley Exhibition of Cycles at the Crystal Palace. Illustrated.

1891 Advert for their 'Juno' range of bicycles. Illustrated

Juno was the name given to motorcycles sold by the Metropolitan Machinists Co of Bishopsgate, London, between 1905 and 1924.