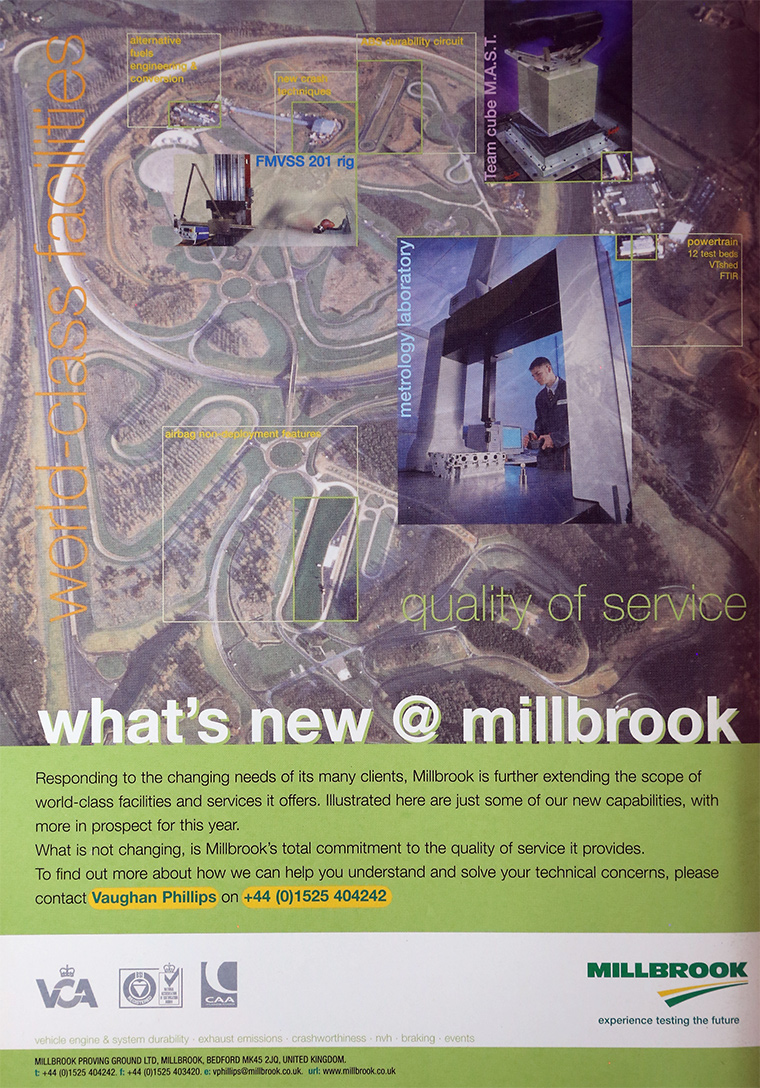 Mid-1960s Vauxhall and Bedford decided to develope a vehicle proving ground; a site at Millbrook was selected where a smaller version of the General Motors facility in the USA was constructed.

1993 The company was transferred to GM Holdings Ltd, still operating as an independent business.

2015 Acquired TestWorld, a Finnish facility providing winter test facilities. Millbrook Group was formed to own and operate the various activities.

2016 Became part of Test and Measurement business of Spectris