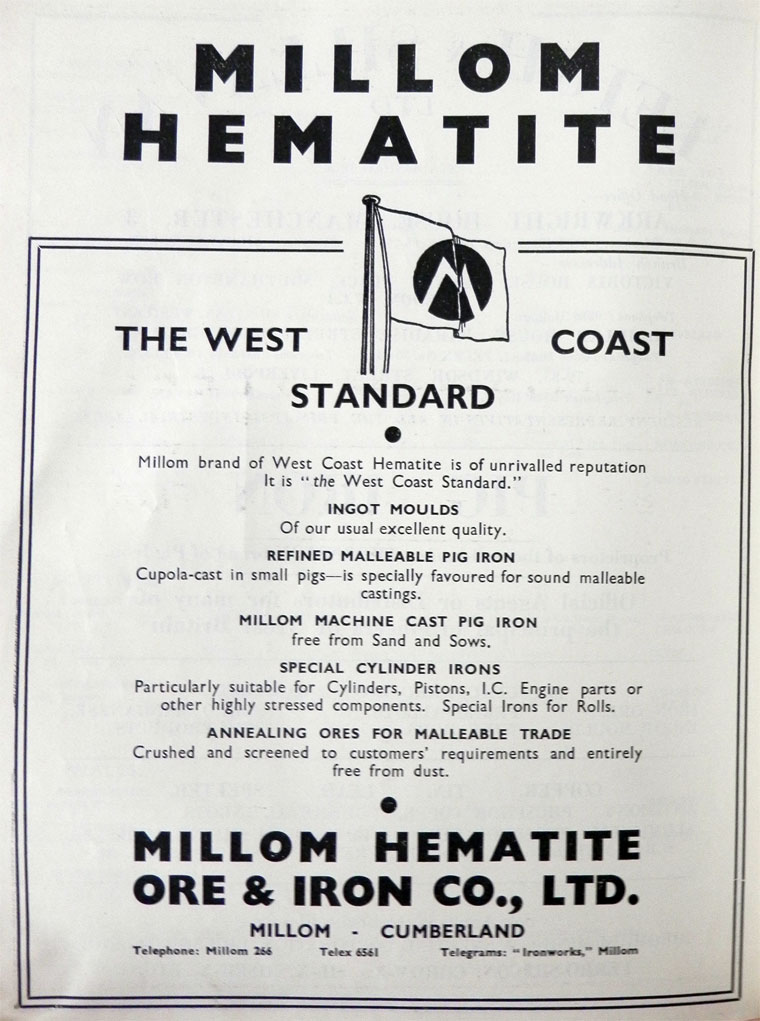 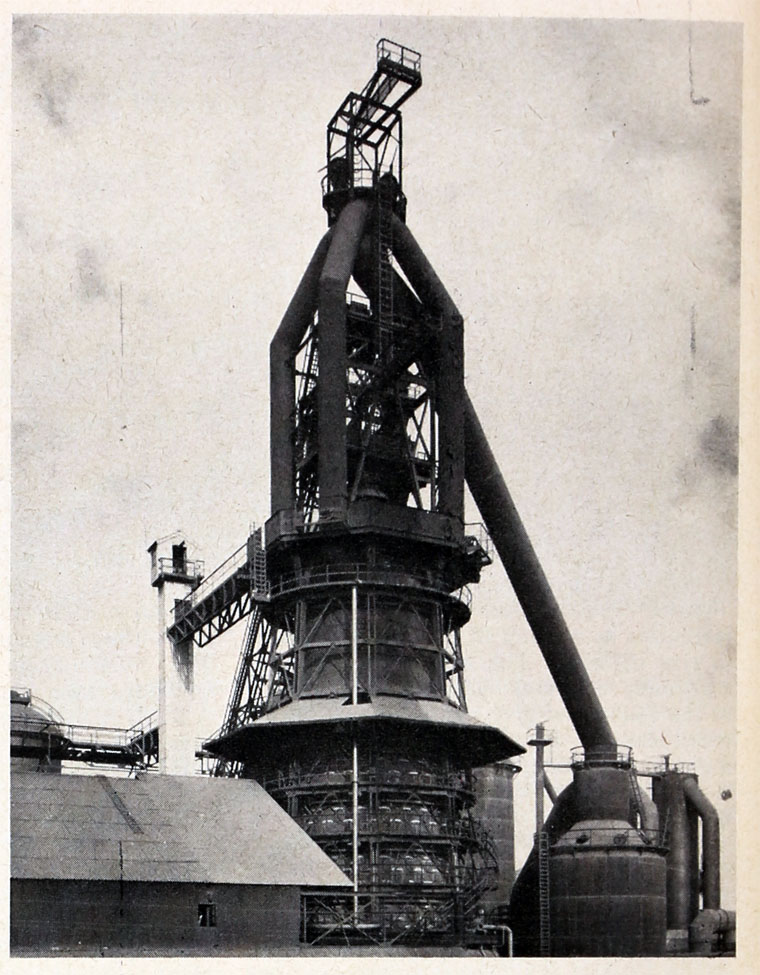 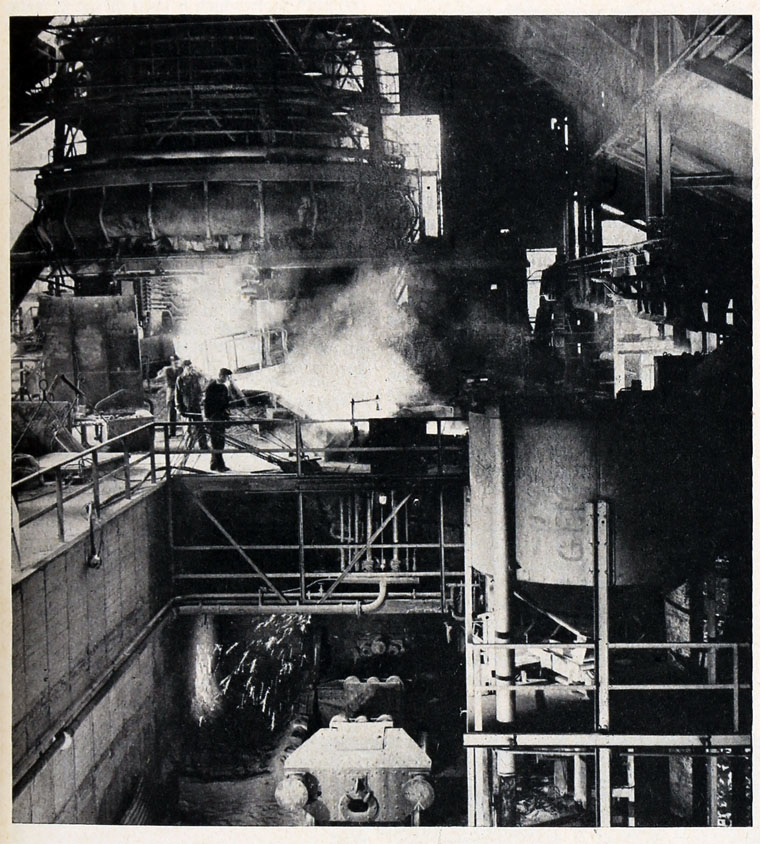 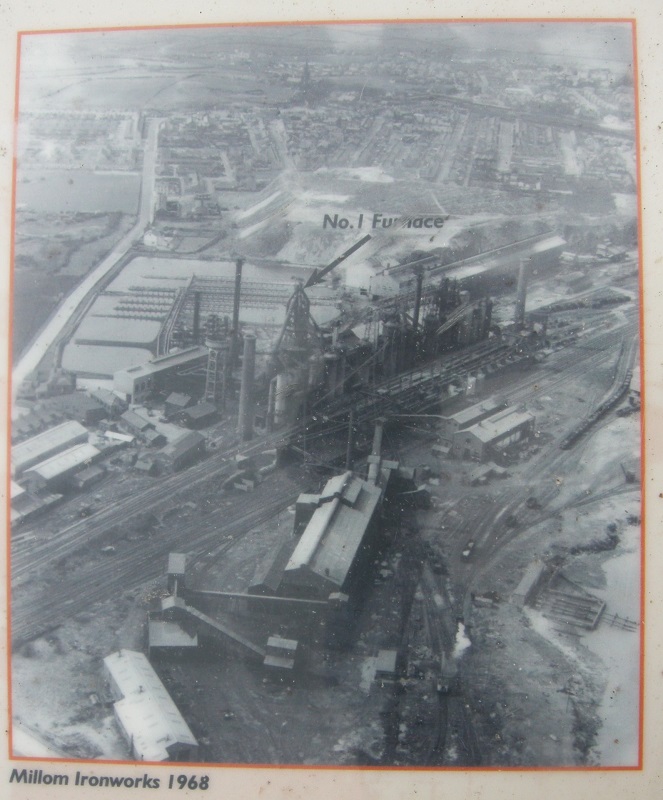 2019. Iron 'plug' and firebrick furnace bottom of No. 1 blast furnace. The remains of the steel shell of the furnace surround the plug

2019. Remains of slag heap, with Lake District hills in background

1963 At this time Cranleigh Group owned Millom Hematite Ore and Iron Co which purchased Gjers, Mills and Co and Barrow Ironworks from the Holding and Realization Agency[1]. The purchasers intended to close Barrow at an early date but undertook to keep Gjers operating for at least 2 years, despite the depressed state of trade.

In 1966 it was decided to embark on large-scale experiments on the direct production of steel from molten iron using the SPRAY STEEL process. The first steel was produced on 18 May 1966. Results were promising, but development was eventually curtailed due to lack of financial support.[2]

The site is now (2019) the 'Millom Ironworks Local Nature Reserve'. Most of the buildings have been cleared, but there are prominent remains in the form of part of the slag bank, and a large 'plug' or 'bloom' which was left in the bottom of No. 1 blast furnace.