Grace's Guide is the leading source of historical information on industry and manufacturing in Britain. This web publication contains 148,373 pages of information and 233,849 images on early companies, their products and the people who designed and built them. 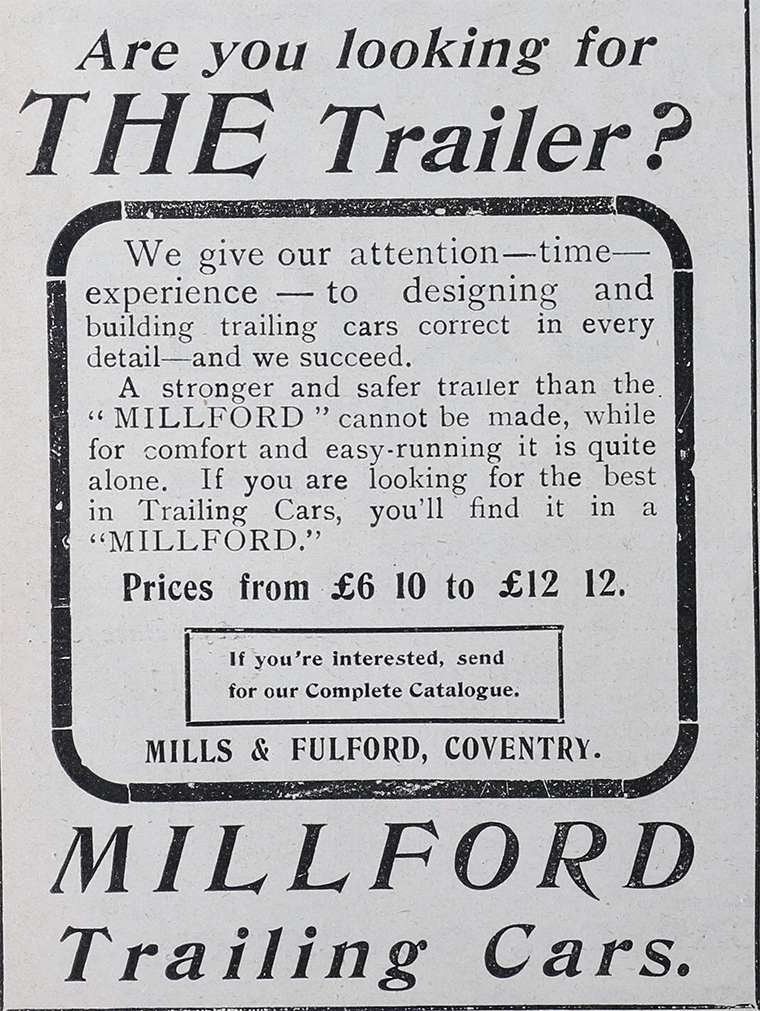 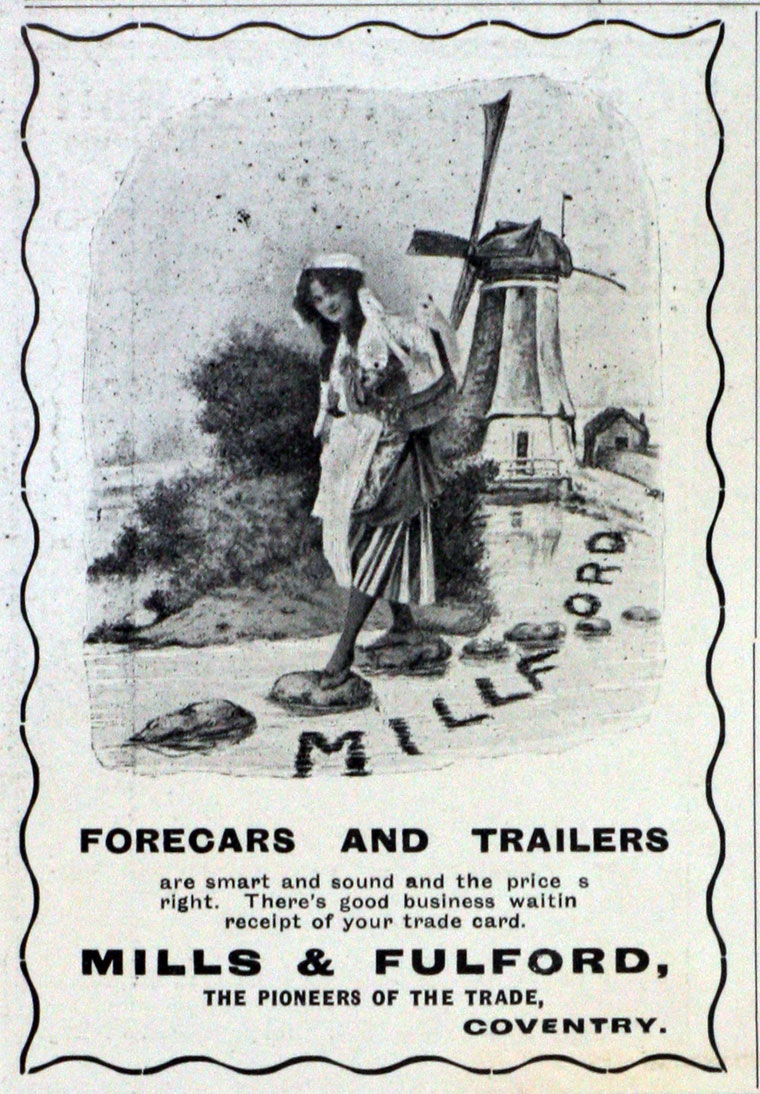 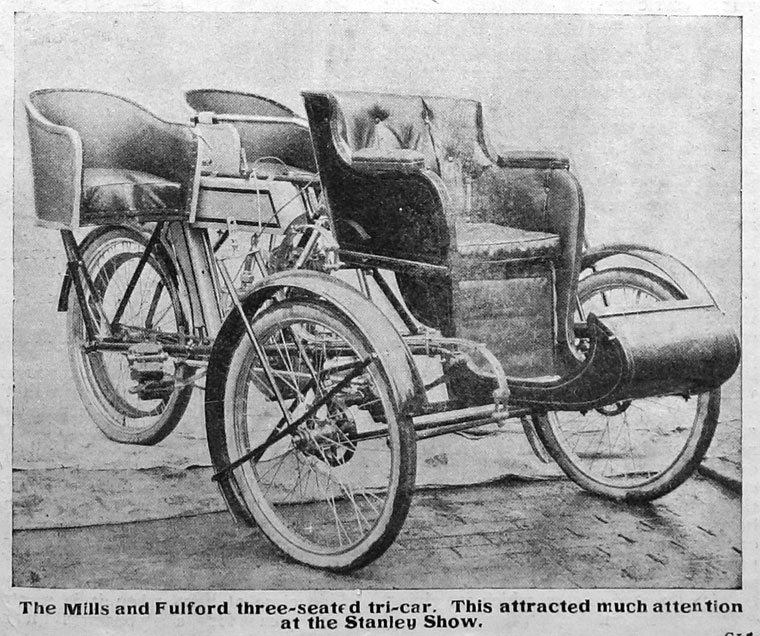 Millford were motorcycles produced by Mills and Fulford of Coventry, between 1903 and 1904.

1901 Exhibited at the National Cycle Show as Messrs Mills and Fulford with a trailer for a cycle. [1]

This company was best known for sidecars and trailers, but they did produce motorcycles for a brief period. They used 2.35hp and 3.25hp Hamiltons, either hung from the down-tube, or fitted vertically in the frame. In both instances, the drive was by belt to the rear wheel.

The firm also offered the machine in kit form and later added the option of Fafnir or Whitley engines. With a slump in trade, they dropped motorcycles and returned to the sidecar trade they were already familiar with.

1904 Partnership dissolved: between James Mills, William Henry Fulford and Herbert John Baker, carrying on business as Cycle Manufacturers at the Crown Works, Stoney Stanton-road, Coventry, under the style or firm of MILLS AND FULFORD, ... dissolved by mutual consent... All debts due to and owing by the said late firm will be received and paid by the said William Henry Fulford.[2]

1912 Listed in Spennell's directory of Coventry as Cycle Manufacturers. [3]

Also see Mills-Fulford who were listed as Sidecar manufacturers in 1912.