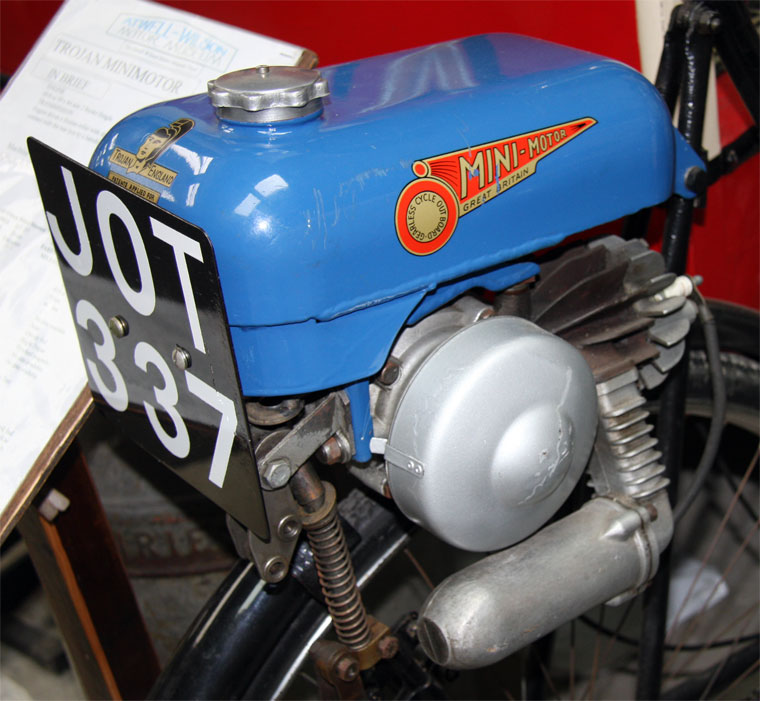 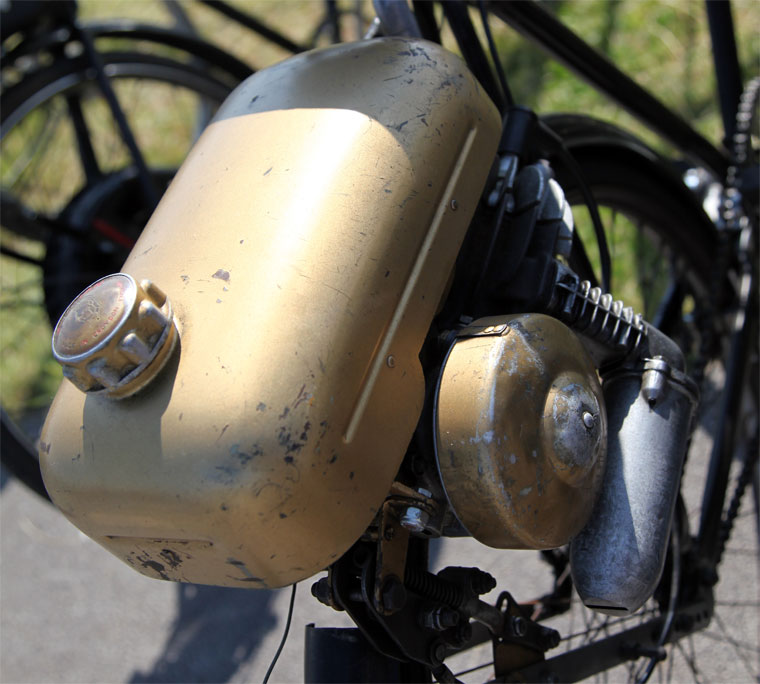 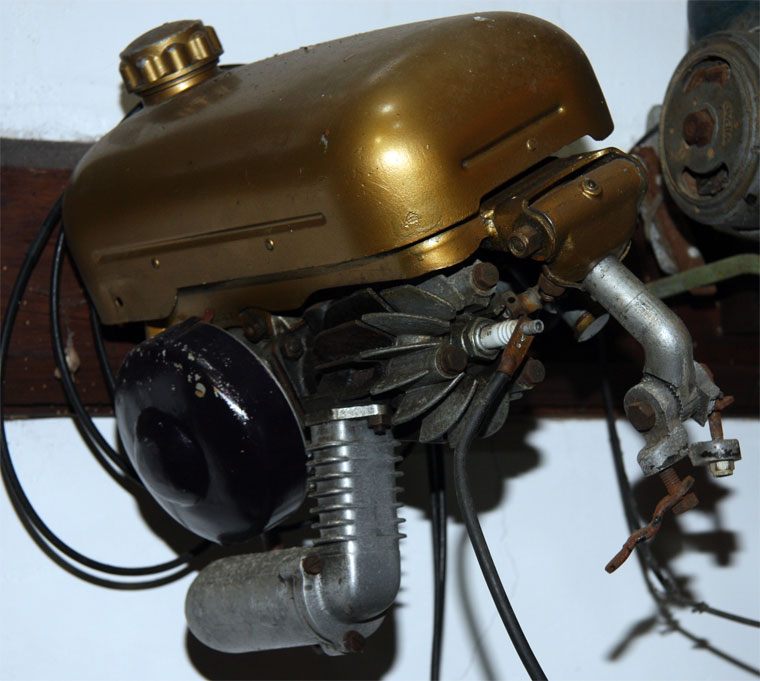 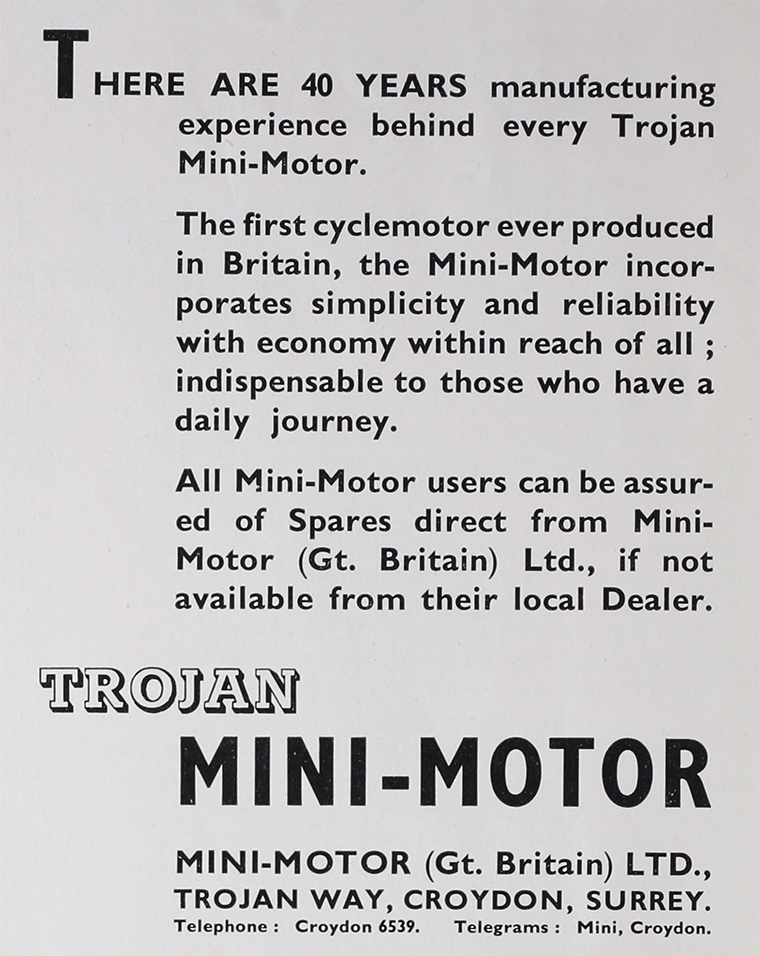 Mini-Motor were motorcycles produced in Croydon, Surrey, from 1949 to 1955.

1949 The motor first appeared and was a clip-on of Italian origin. The engine sat above the rear wheel of a bicycle, to drive it by friction roller. It was a basic, 50cc two-stroke engine with a horizontal cylinder, Wipac flywheel magneto for ignition and the drive roller mounted on one end of the crankshaft. The petroil tank sat over the engine, there was a means of lifting it to disconnect and re-engage the drive, and it was also powerful enough to propel a tandem nearly as well as a bicycle.

1955 The moped began to dominate the cheaper end of the market and production of the Mini-Motor ceased.