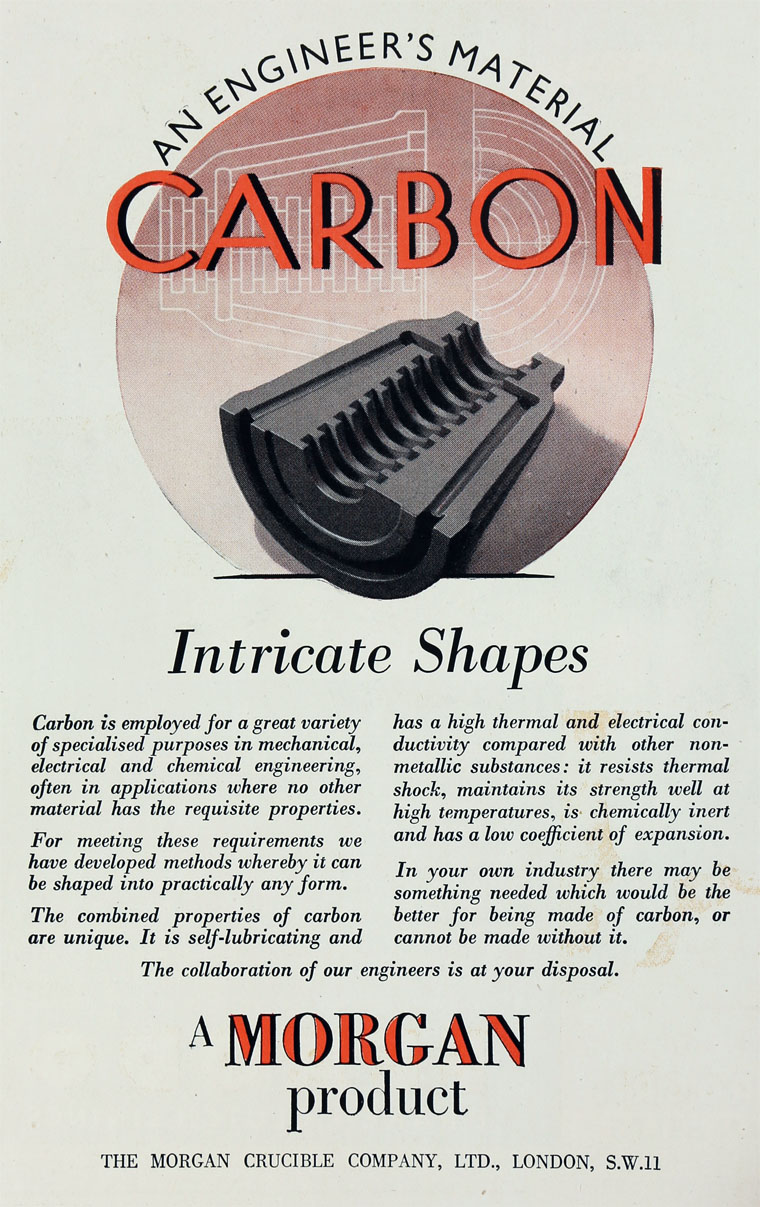 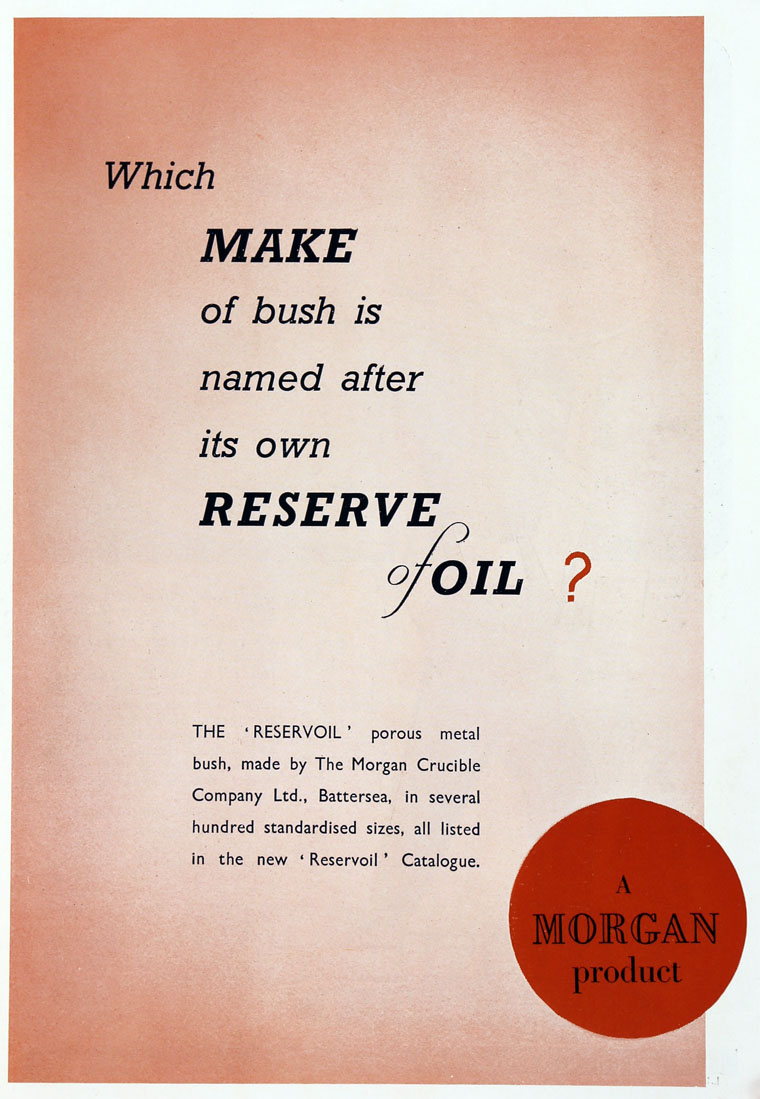 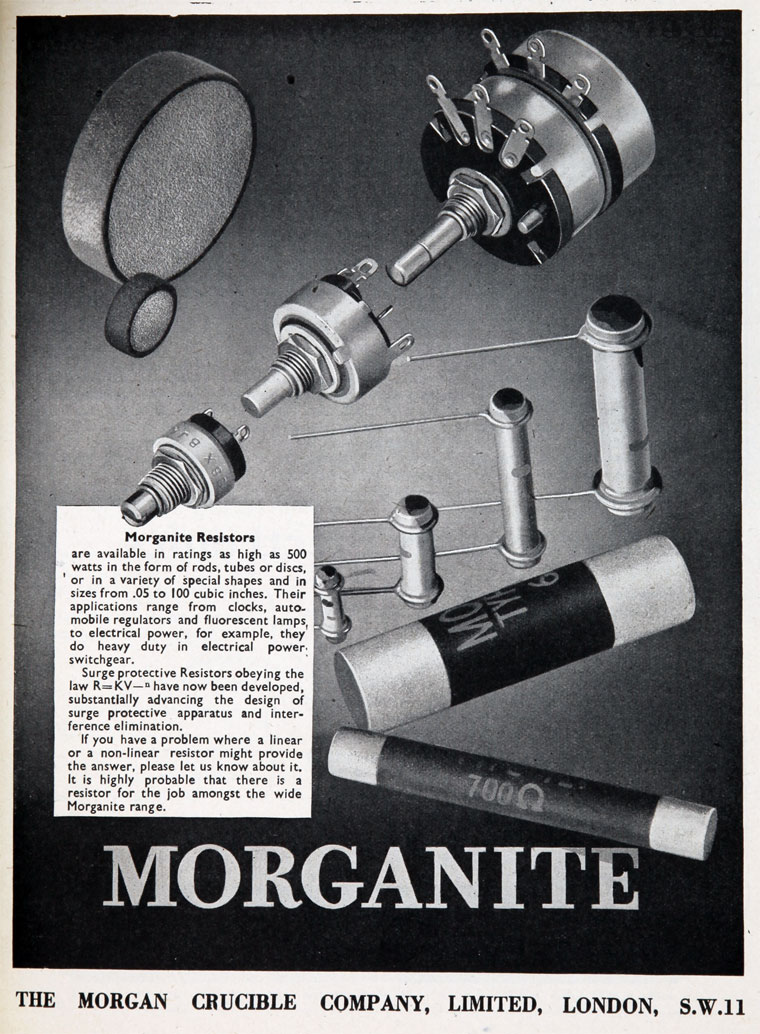 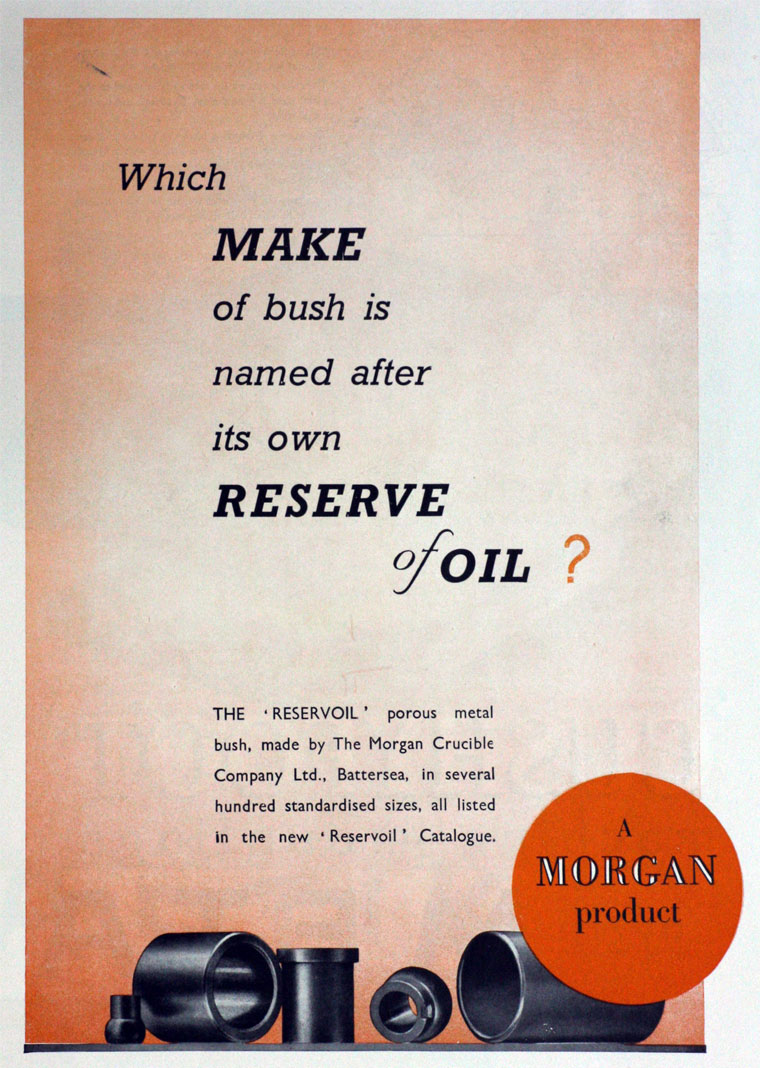 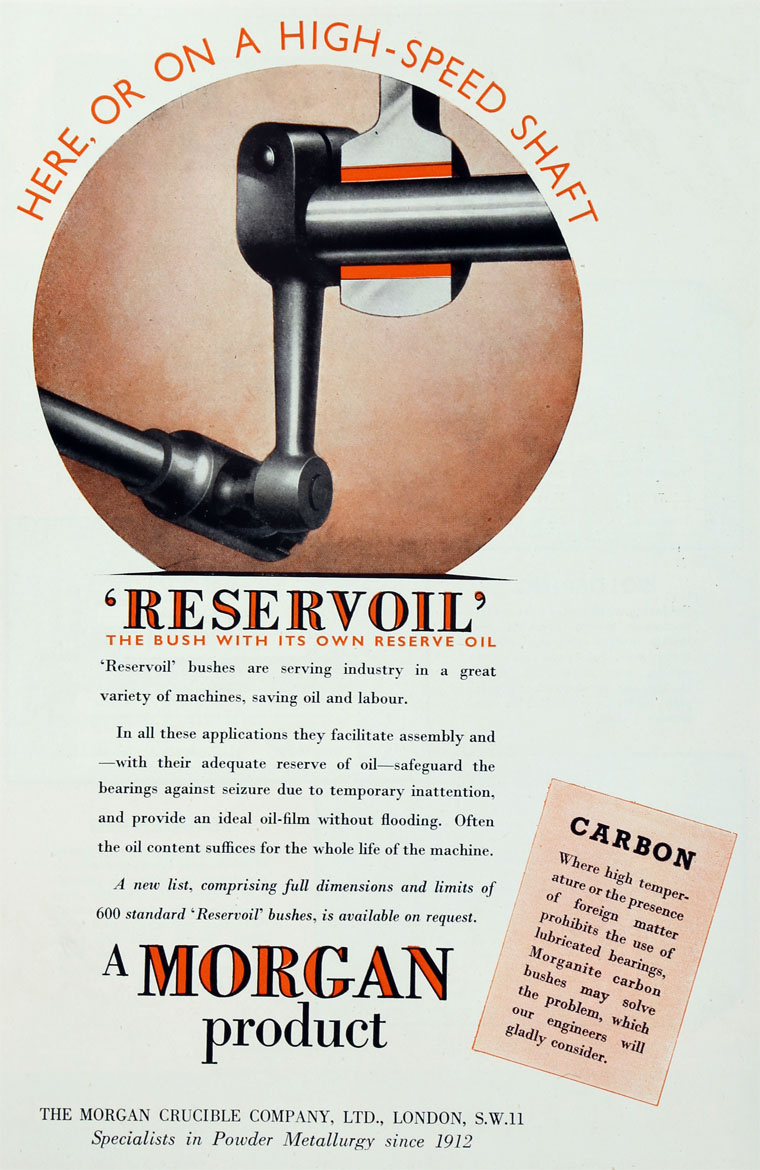 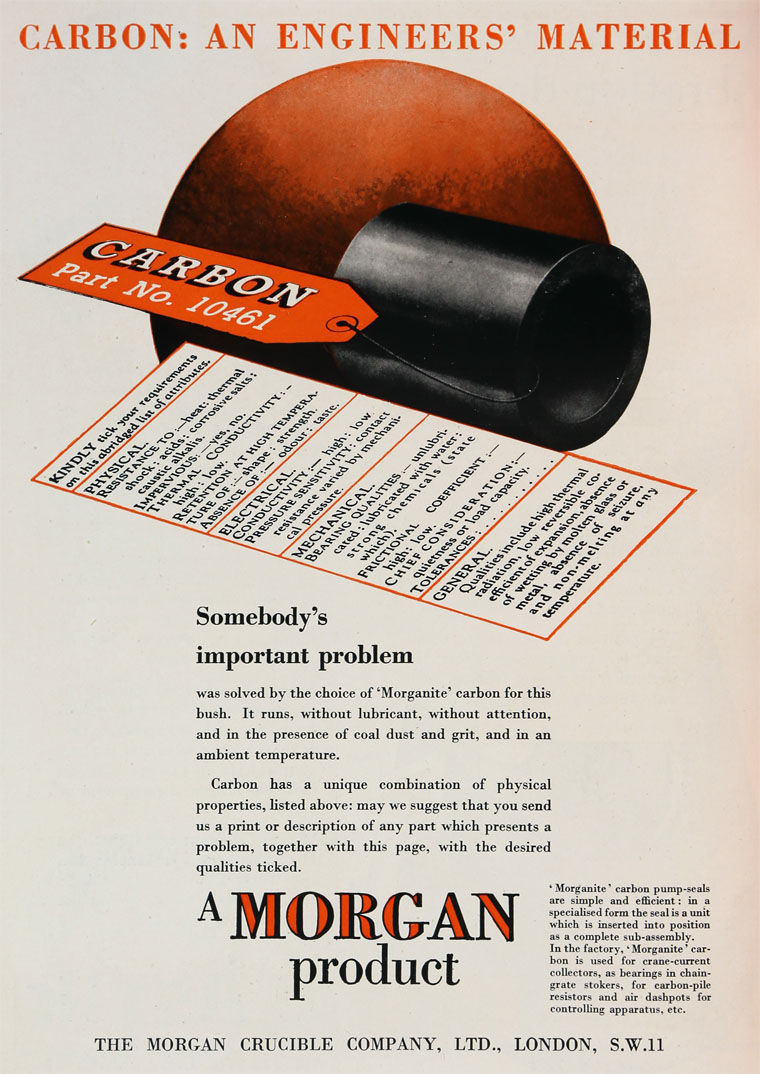 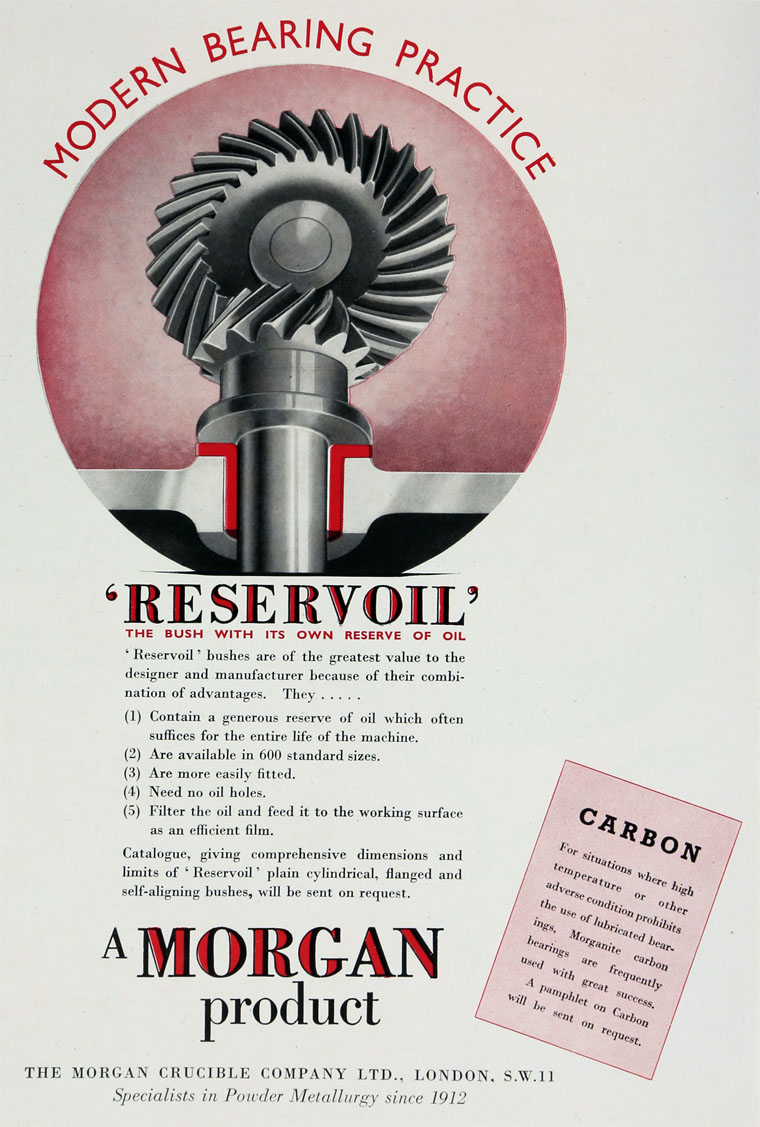 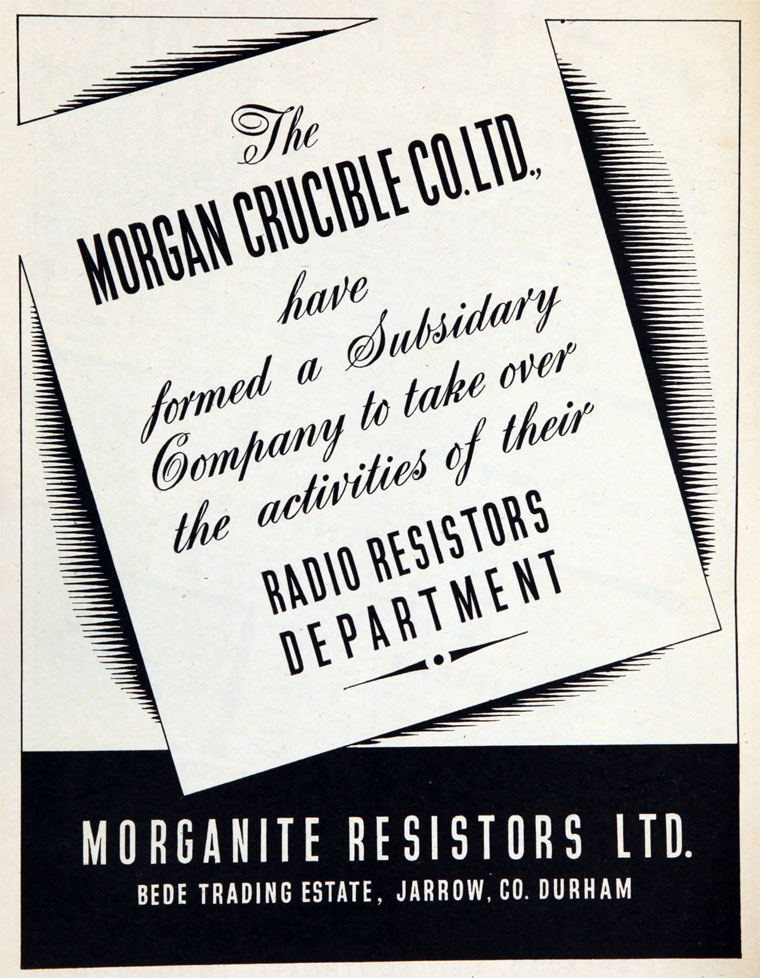 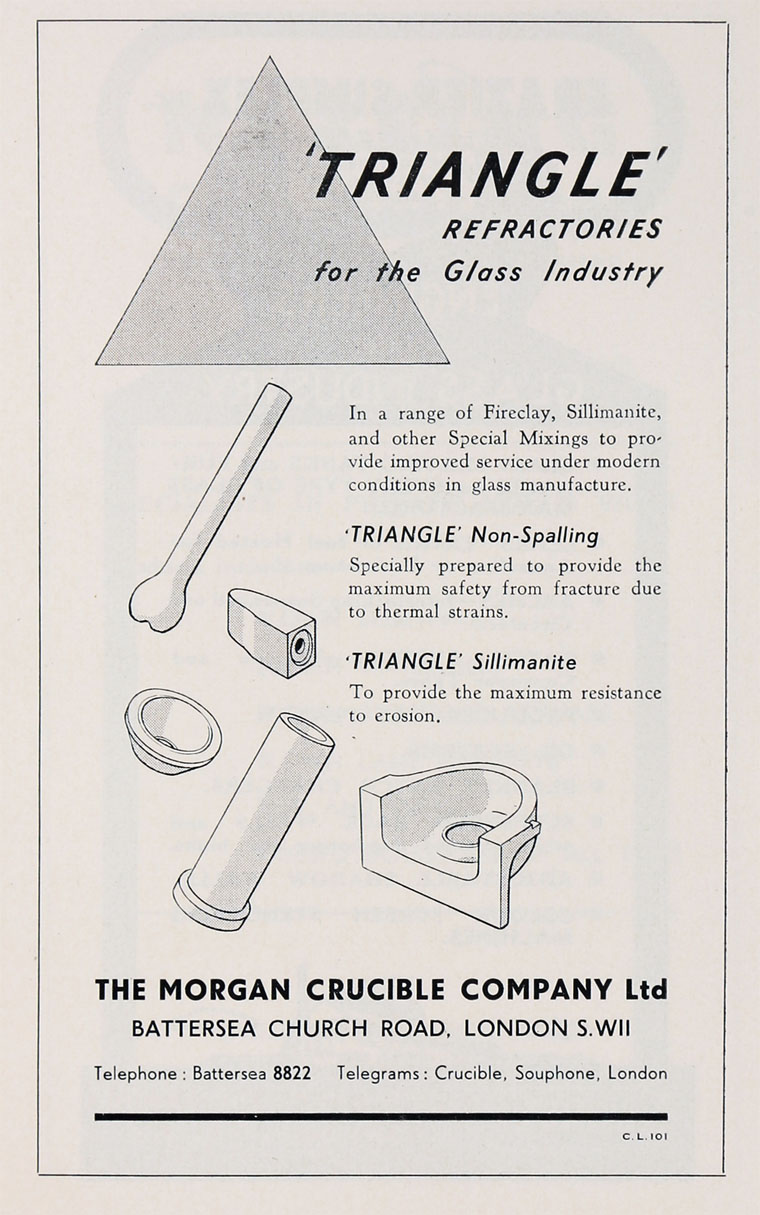 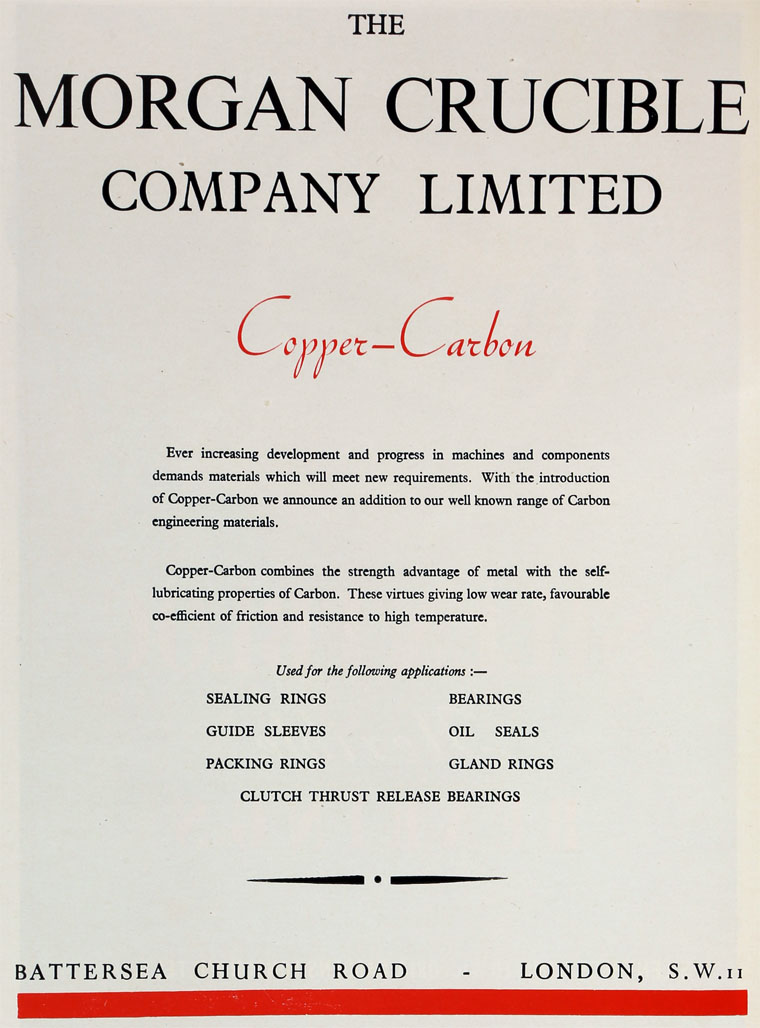 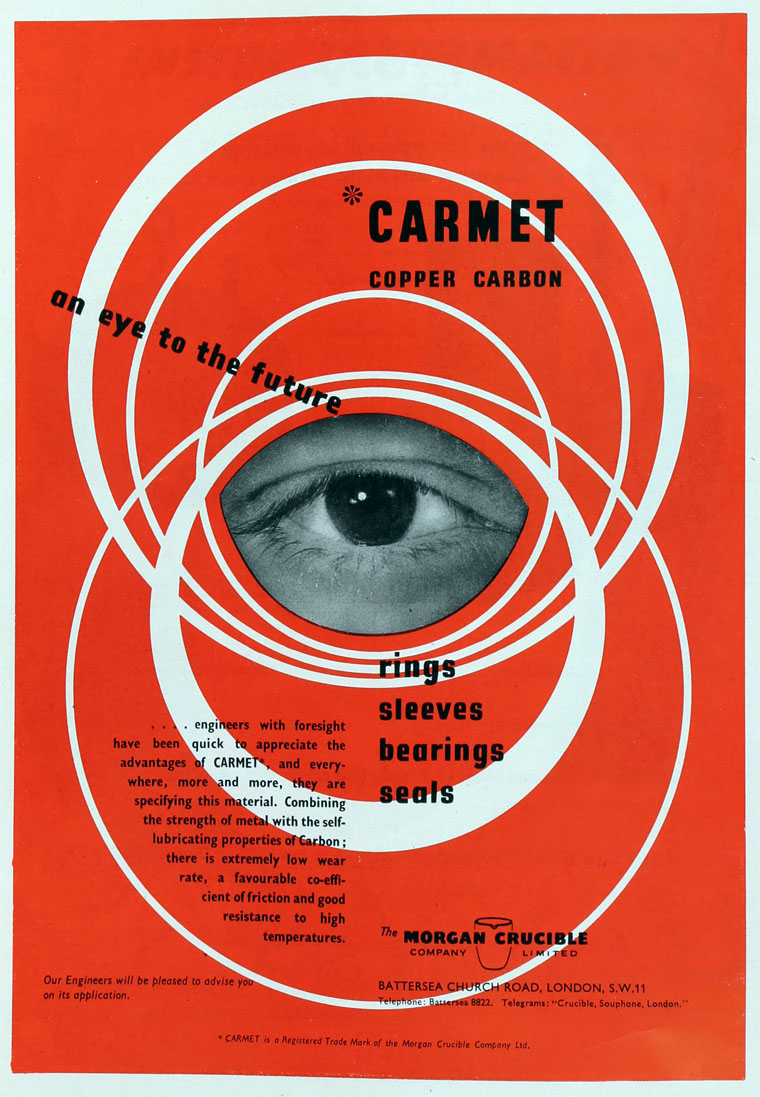 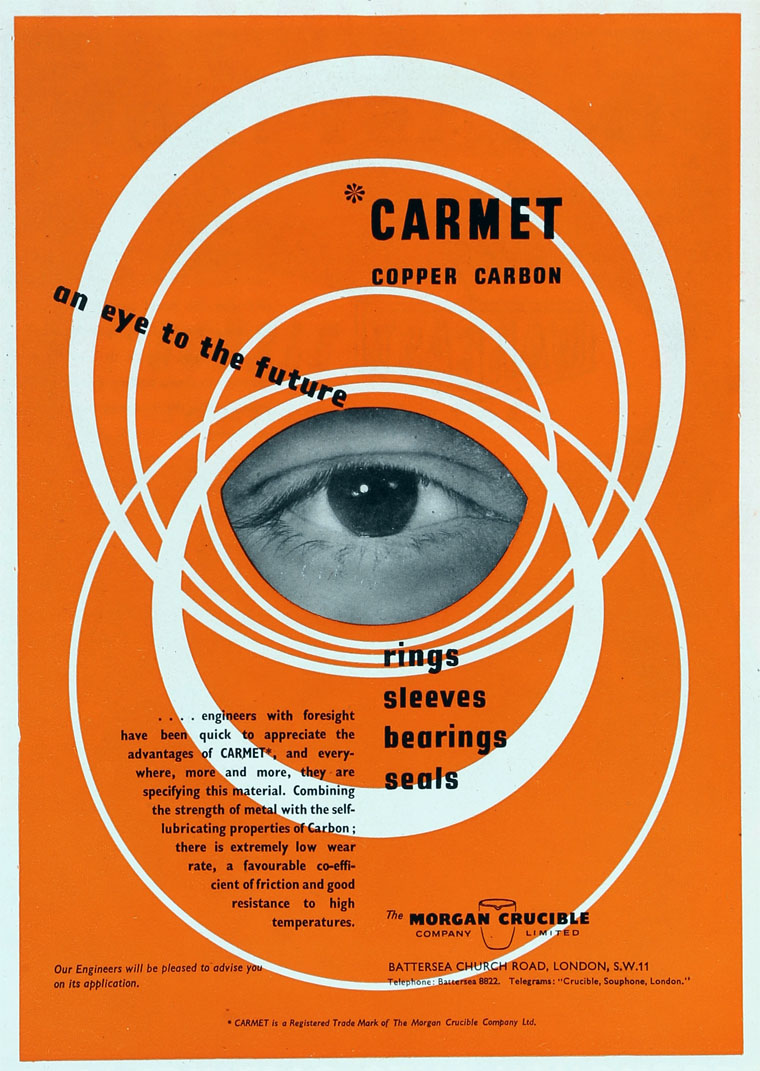 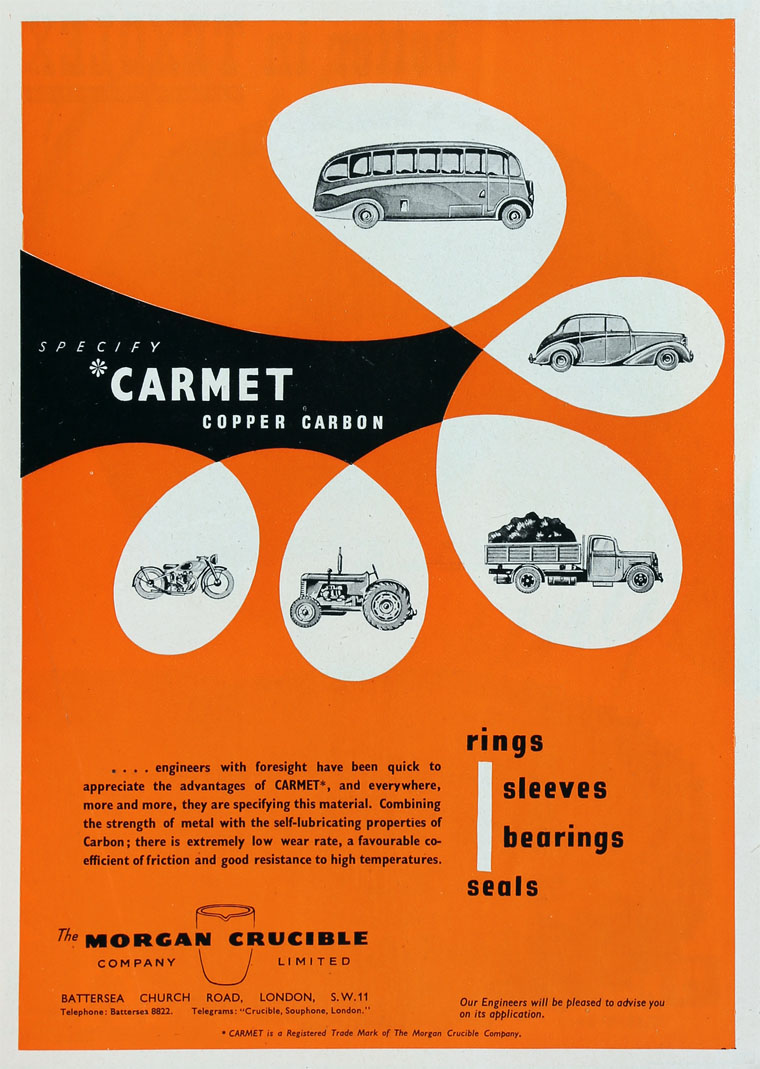 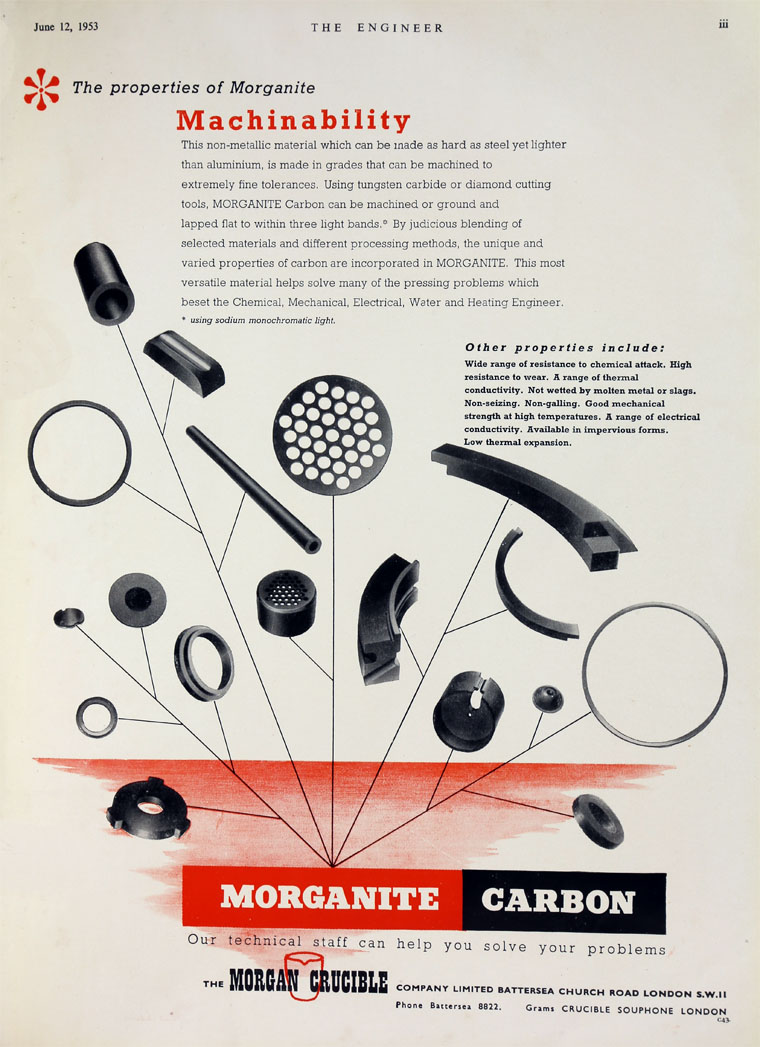 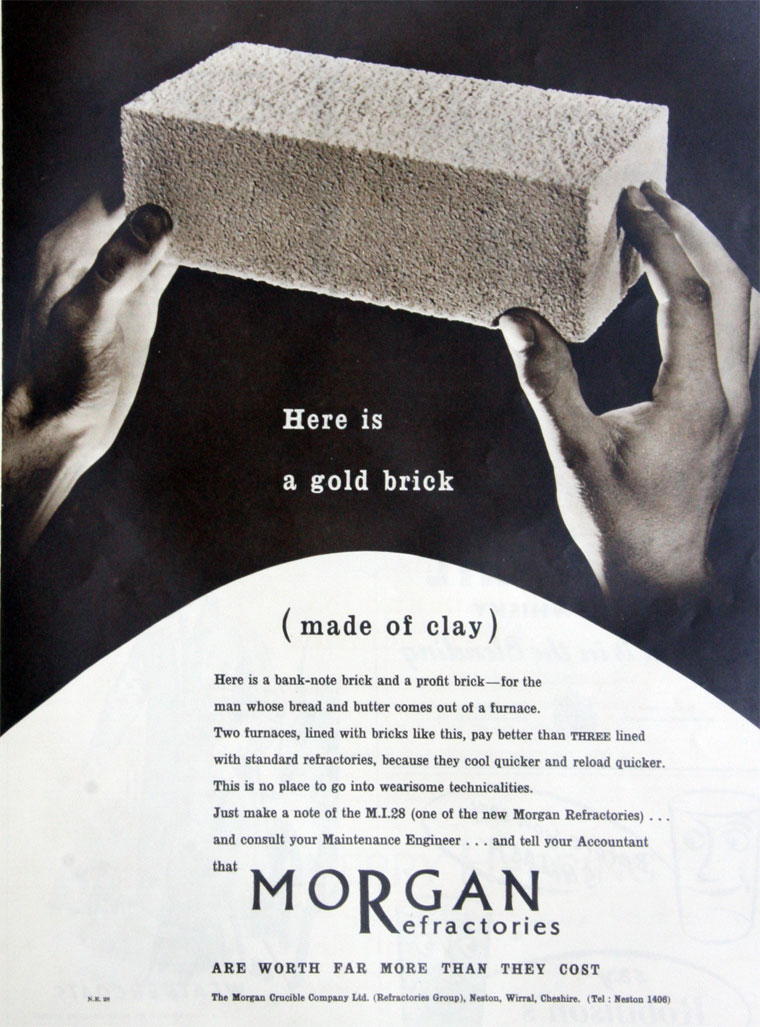 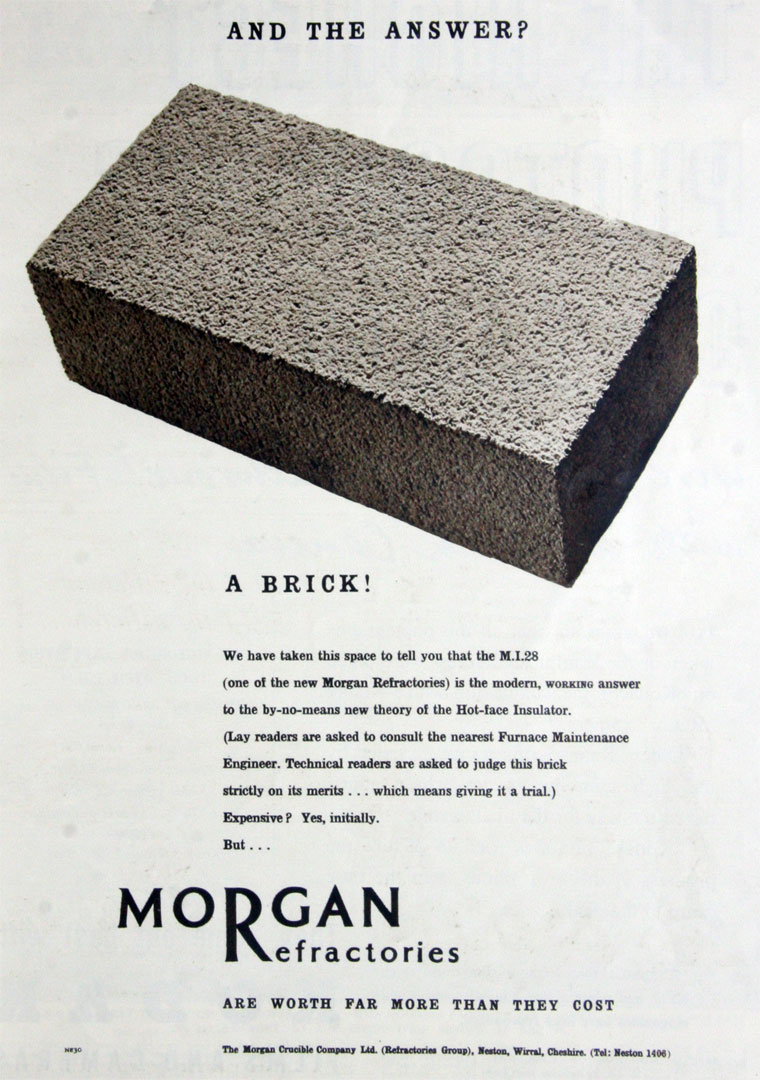 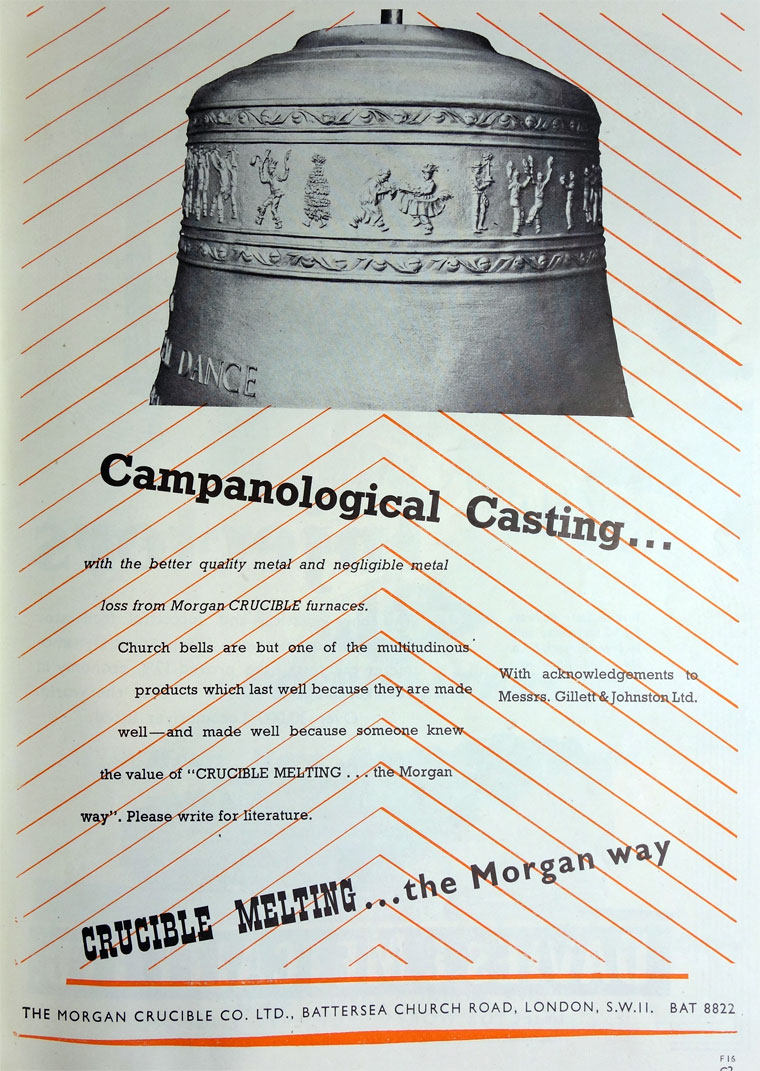 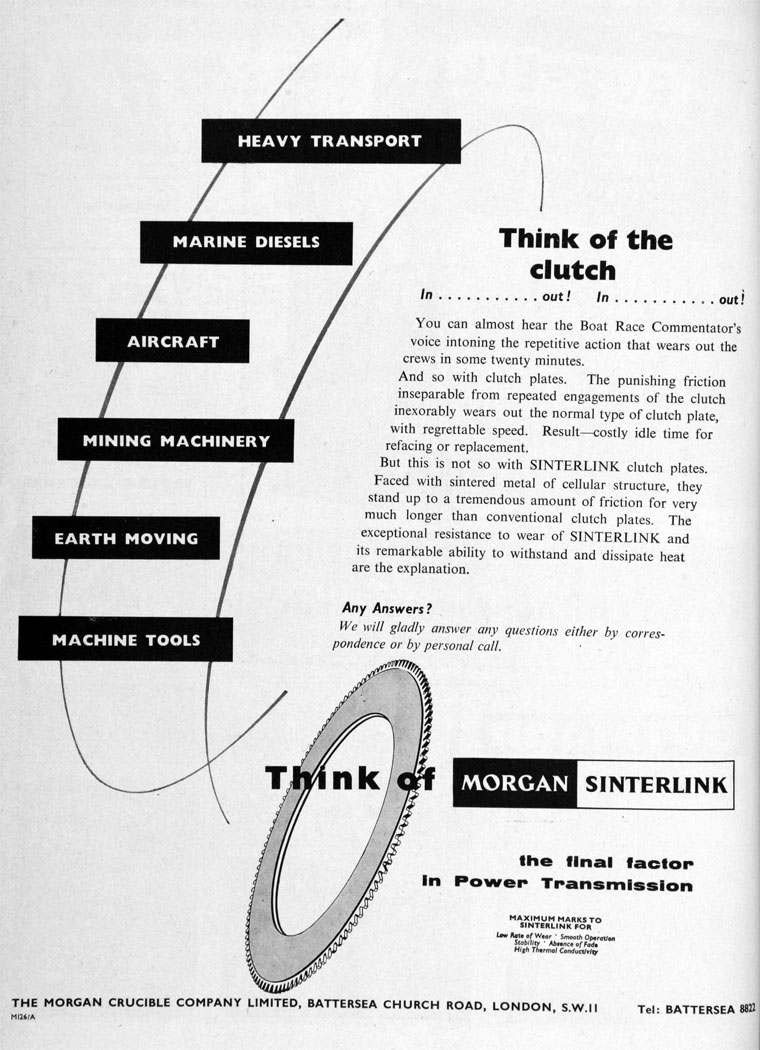 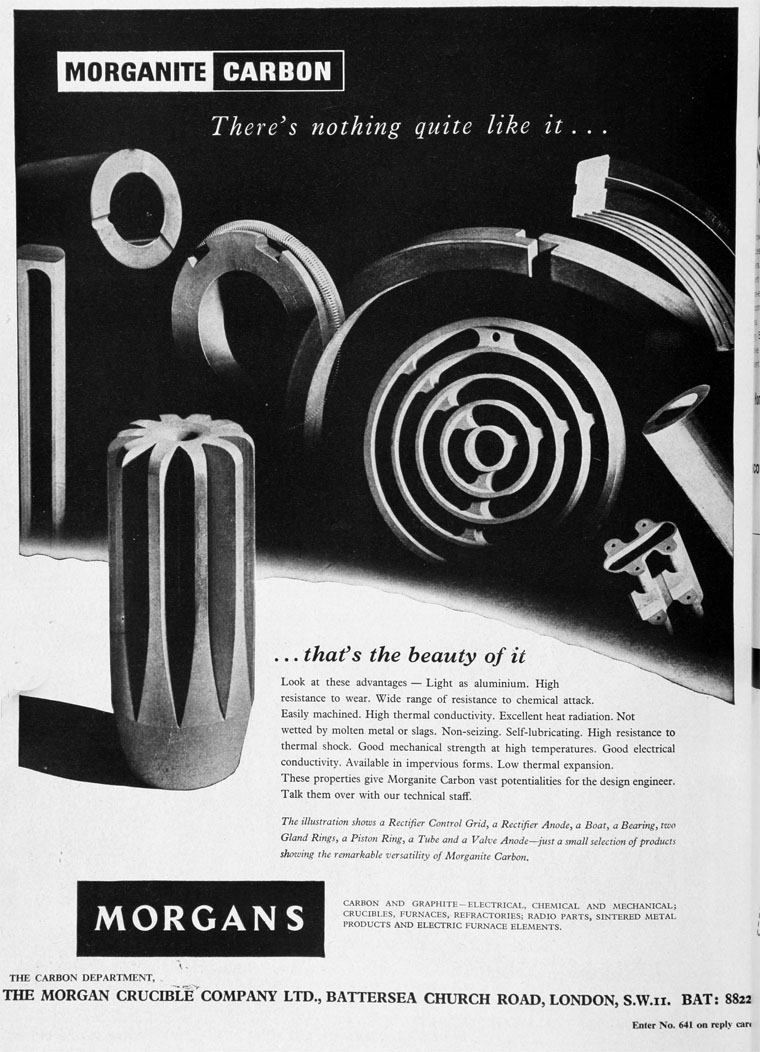 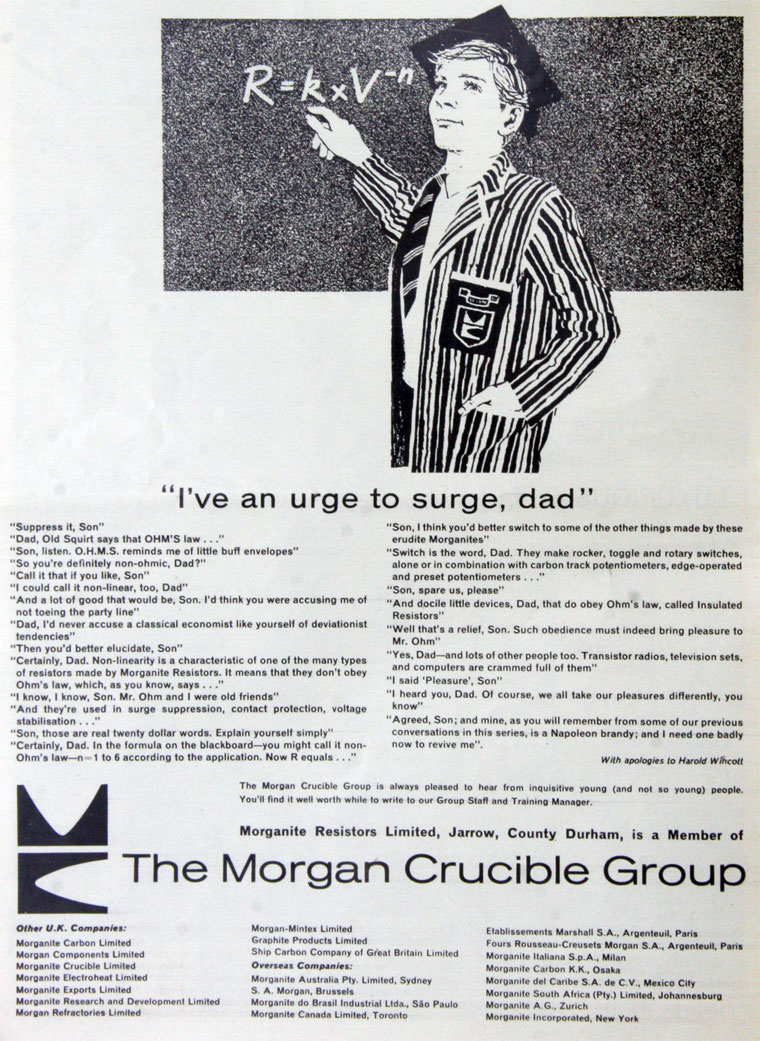 The Morgan Crucible Co is one of the largest UK manufacturers of carbon and ceramic products for industrial use.

1851 After seeing American-made crucibles at the Great Exhibition (perhaps this observation was made by William Vaughan Morgan who was in London at the time), the Morgan Brothers became sole agents for crucibles from Joseph Dixon and Co, a New Jersey manufacturer of crucibles.

1855 Walter Vaughan Morgan, who worked for the National Provincial Bank of England joined 5 of his brothers in setting up a new enterprise, Morgan Brothers, bankers and merchants[1].

1856 The 6 brothers obtained the manufacturing rights from the American company and a factory was opened in Battersea. The company was founded as the Patent Plumbago Syndicate to make graphite crucibles.

The Patent Plumbago Syndicate were importers, exporters and merchants. Ceramic crucibles was one of the items they imported.

1859 Established the Chemist and Druggist and the Ironmonger journals, originally to promote their own businesses in hardware and druggist's sundries[2] - see Morgan Brothers (Publishers)

1870 The firm disposed of the mercantile side of the business

1878 Dissolution of the Silicated Carbon Filter Co in Battersea

1881 The current name of the company, the Morgan Crucible Company, was adopted.

1904 The company diversified into carbon brushes.

WWI Company acquired the crucible business of Doulton and Co

1922 The youngest and last surviving brother, Edward Vaughan Morgan, died. Members of the following generation continued the Morgan involvement in the business.

1928 Alliance with Universal Grinding Wheel Co to share technical expertise and work together; Morgan would subscribe for new shares in that company[6].

1960 The reorganisation of the group had been underway for 12 years and was completed with the creation of 4 new subsidiaries, bringing the total to 11 home subsidiaries and 12 external ones[8]

1964 The company became one of the first businesses in the UK to computerise its financial records.

1970s The Battersea factory, which had become too small, closed.

1976 The company relocated its manufacturing operations from Battersea to Morriston in Wales and Norton in Worcestershire.

1977 Closed the carbon fibre venture at Battersea because of the lack of domestic demand.

2018 Morgan Advanced Materials plc is a global engineering company, listed on the London Stock Exchange and a constituent of the FTSE 250. They manufacture in 30 countries and employ approximately 8,800 employees. They continue to manufacture products from carbon and ceramic (including crucibles).[12]