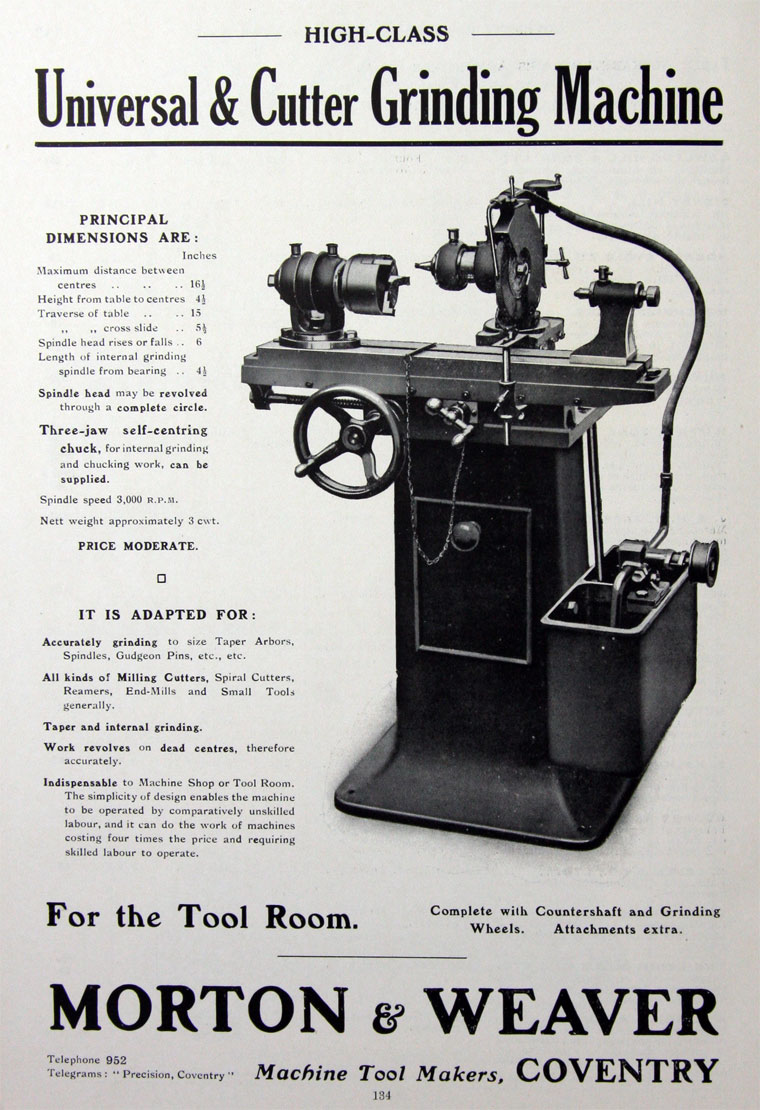 Morton and Weaver of 139 Cox Street, Coventry were machine tool manufacturers in 1912

1904 Morton and Weaver was founded as a proprietary engine manufacturer in Hillfields, Coventry by W. A. Weaver and T. E. Morton

1906 one of these engines powered the first monoplane, the Weaver Ornithoplane, to fly in Britain. It was designed by W. A. Weaver, one of the partners in the company. Later they supplied engines to many motor cycle and cyclecar makers, especially Grahame-White.

1911 They formed the company Coventry-Victor

1924 Partnership dissolved. '...the Partnership heretofore subsisting between us, the undersigned, Thomas Edwin Morton and William Arthur Weaver, carrying on business as Engineers and Machine Tool Makers, at 137 and 139, Coxstreet, Coventry, in the county of Warwick, under the style or firm of MORTON & WEAVER, was dissolved as and from the 31st day of December, 1923, by mutual consent. The business having been acquired by the Coventry Victor Motor Co...'[3]