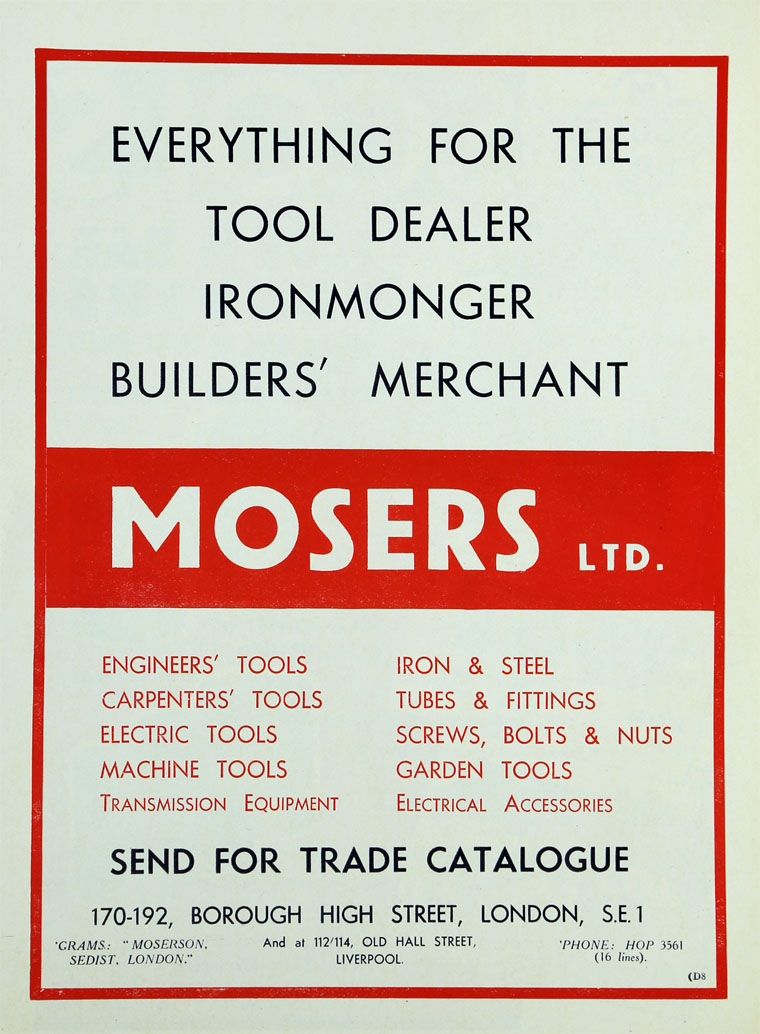 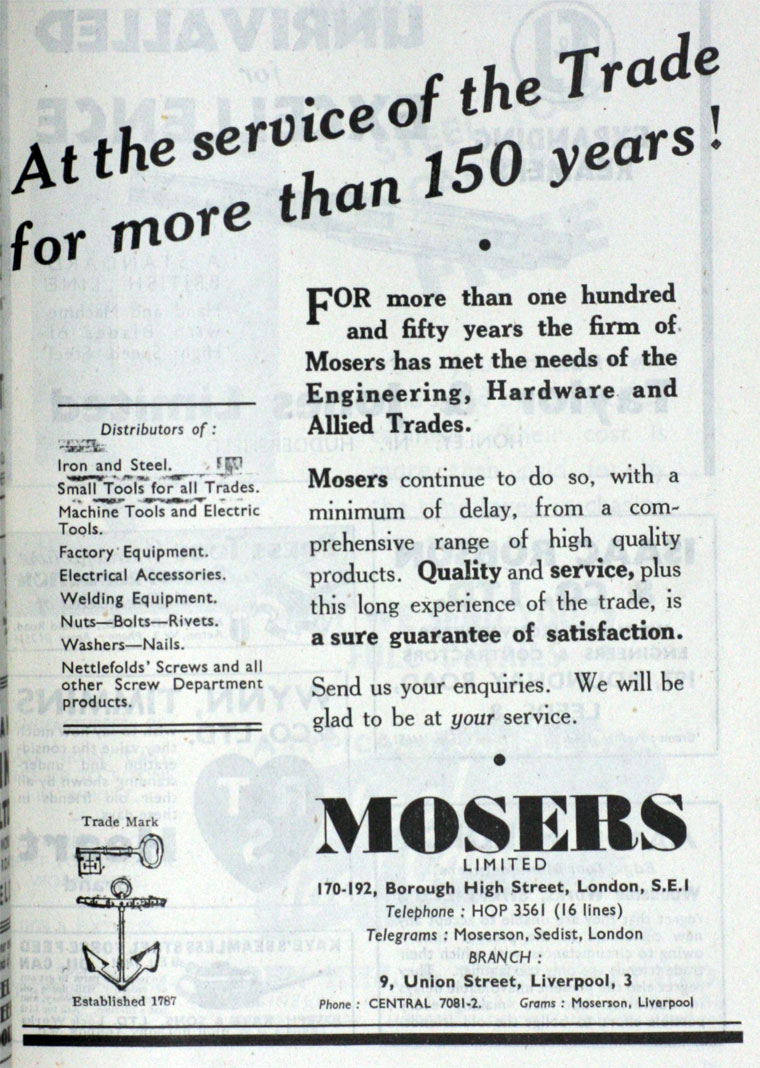 1814 Richard Moser became a partner by investing 3,000, loaned to him by a relative Richard Crawshay. The company acted as agents for the Cyfarthfa Ironworks.[2]

1826 Partnership change. '...the Partnership business heretofore carried on by us the undersigned, William Holmer, James Wooden Martyr, Richard Moser, and Charles Marson, of High-Street, Southwark, Ironmongers, was on the 31st day of December last dissolved by mutual consent, so far only as regards the said Charles Marson, who retires in consequence of ill health; and the said business will in future be carried on by the said William Holmer, James Wooden Martyr, and Richard Moser...'[3]

1829 Partnership change. '... the Copartnership lately subsisting between William Holmer the elder, James Wooden Martyr, and Richard Moser, of No. 165, High-Street, in the Borough of Southwark, Ironmongers, was on and from the 1st day of October last dissolved by mutual consent, as to the said William Holmer, who has retired from the business ...'[4]

1860 Partnership change. '...the Partnership lately subsisting between us the undersigned, Richard Moser, Frederick Moser, John Moser, Henry Moser, and Robert James Moser, at No. 165, High-street, Southwark, and Dowgate-wharf, Upper Thames-street, in the city of London, Iron Merchants and Ironmongers, under the firm of Moser and Sons, as to the said Richard Moser, who retires from the business, dissolved by mutual consent....'[5]

1898 Partnership change. '...the Partnership heretofore subsisting between us the undersigned Henry Moser, Robert James Moser and Alexander Shedden Moser carrying on business as Iron Merchants and Wholesale Ironmongers, at 178, 180, 182 and 192 Borough High-street and No. 4 Marshalsea-road London under the style or firm of Moser and Sons has been dissolved by mutual consent as regards the said Henry Moser...'[7]

At some point became a subsidiary of Guest, Keen and Nettlefolds

c.1951 Formation of Nettlefold and Moser