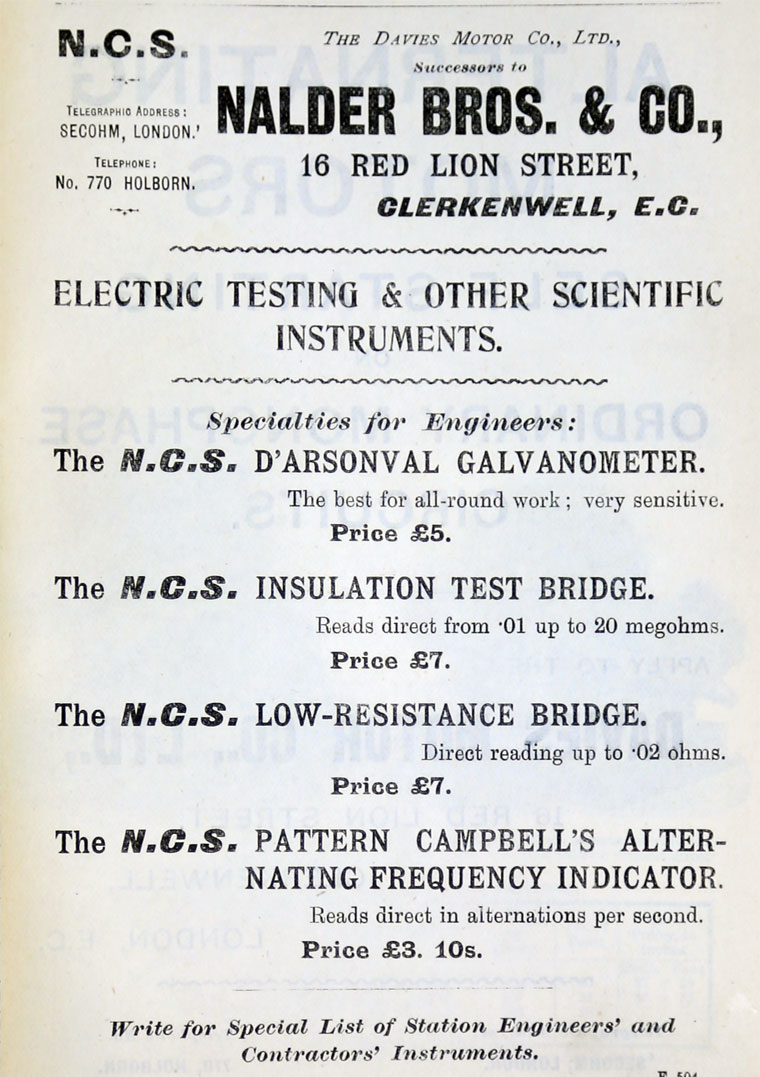 1884 Company founded by Francis Henry Nalder in partnership with his brother to manufacture electrical instruments in Brentford, Middlesex

1891 Released a catalogue of their electric testing and scientific instruments. [1]

1893 Ernest Thompson became an assistant in the works and took charge of the test-room of the voltmeter and meter department.

1899 The company was voluntarily wound up; each shareholder would receive one share in Langdon Davies Electric Motor Co Limited for each share held in the company[4]