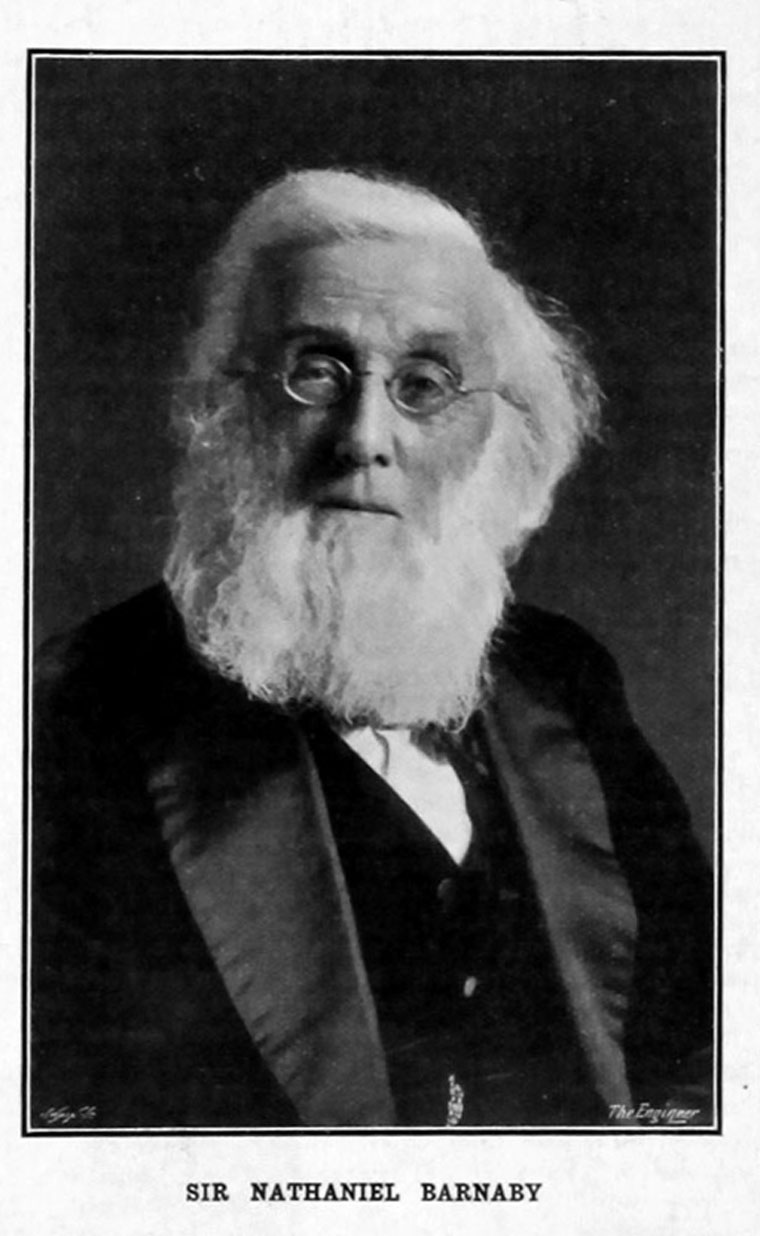 Barnaby began his career as a naval apprentice at Sheerness in 1843.

He won a scholarship to Portsmouth Naval School in 1848.

On qualifying in 1852, he became a draughtsman at Woolwich dockyard.

1854 He was invited to join the Department of Naval Construction to take part in designing the first British ironclad warship, HMS Warrior.

Sir Edward Reed became Chief Constructor in 1863. He was married to Barnaby's sister, and he made Barnaby head of his staff. In this post, he worked on the majority of British warships, up to the time of HMS Monarch.

When Reed retired in 1872, Barnaby was elevated to "President of the Council of Construction and Chief Naval Architect." Always referred to as the "Chief Constructor," the title was changed in 1875 to "Director of Naval Construction" (DNC).

During his thirteen years in office, he faced possibly more and various changes in ship design than any Director of Naval Construction before or since. He saw: main armament change from 12-inch muzzle-loading rifles to 16.25-inch breech-loaders; introduction of secondary armament; armament housed in central citadels; armament housed in barbettes and in turrets; and development of the torpedo. He also saw the end of rigging in battleships.

He was succeeded in the role of Chief Constructor by Sir William White.