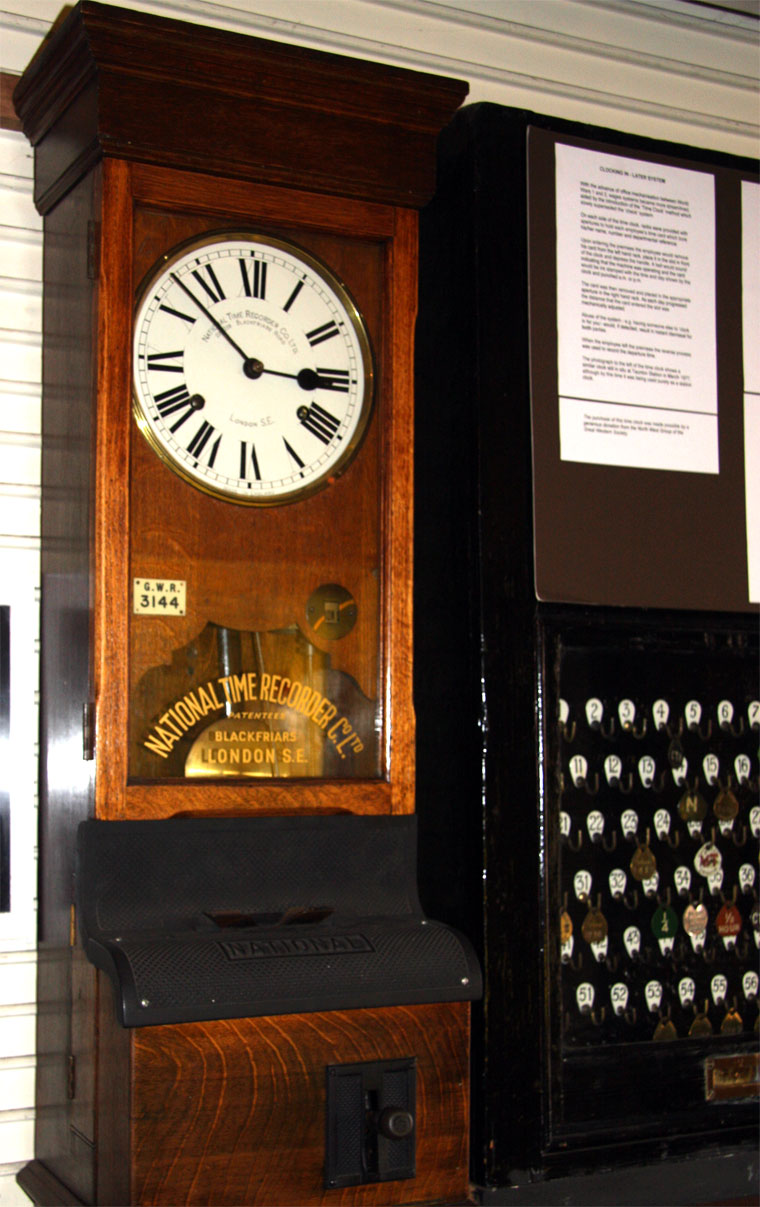 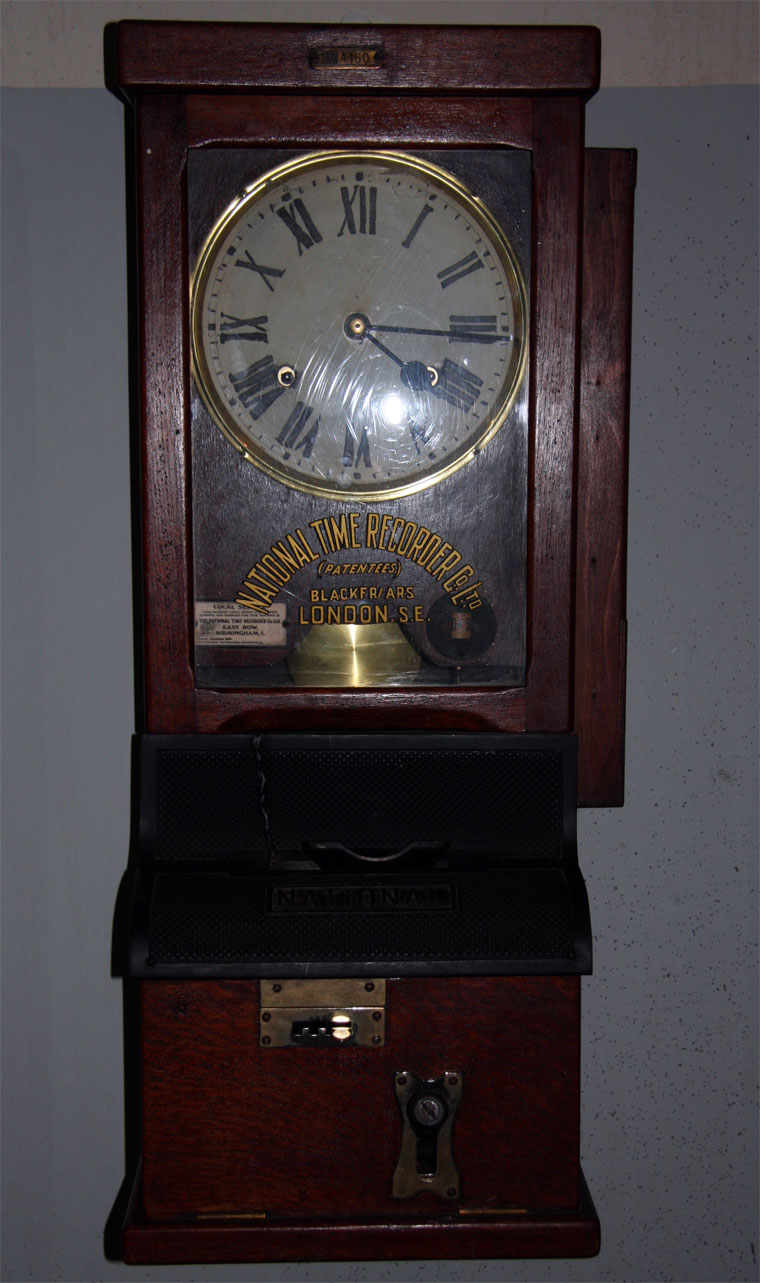 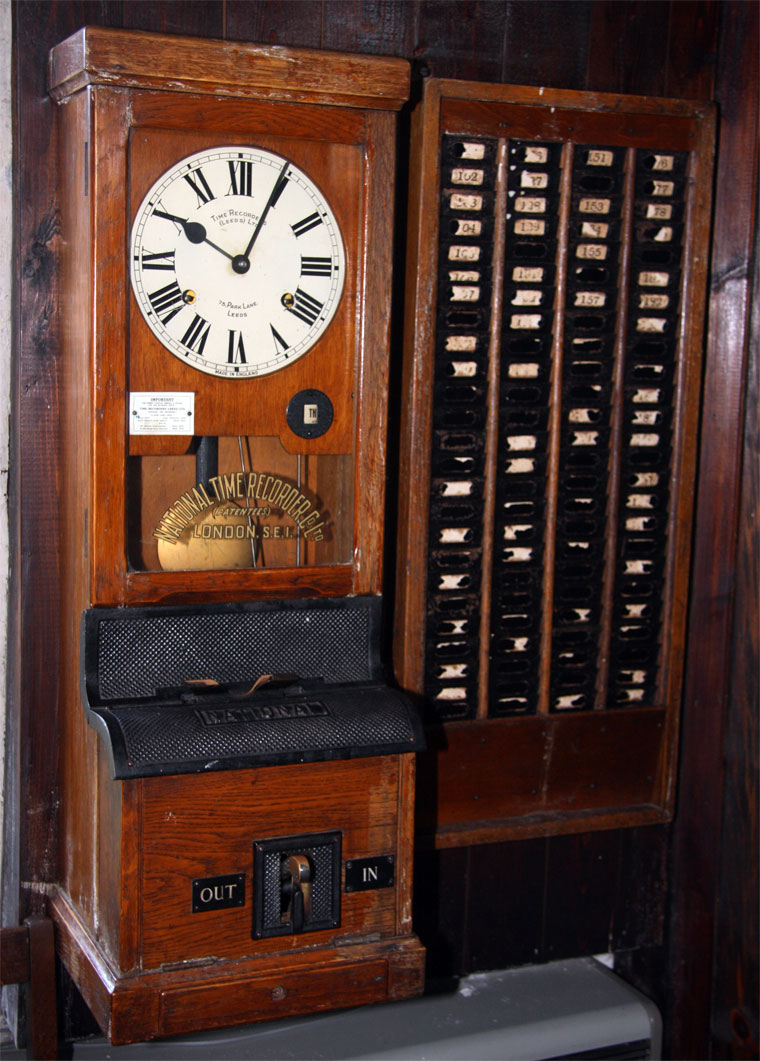 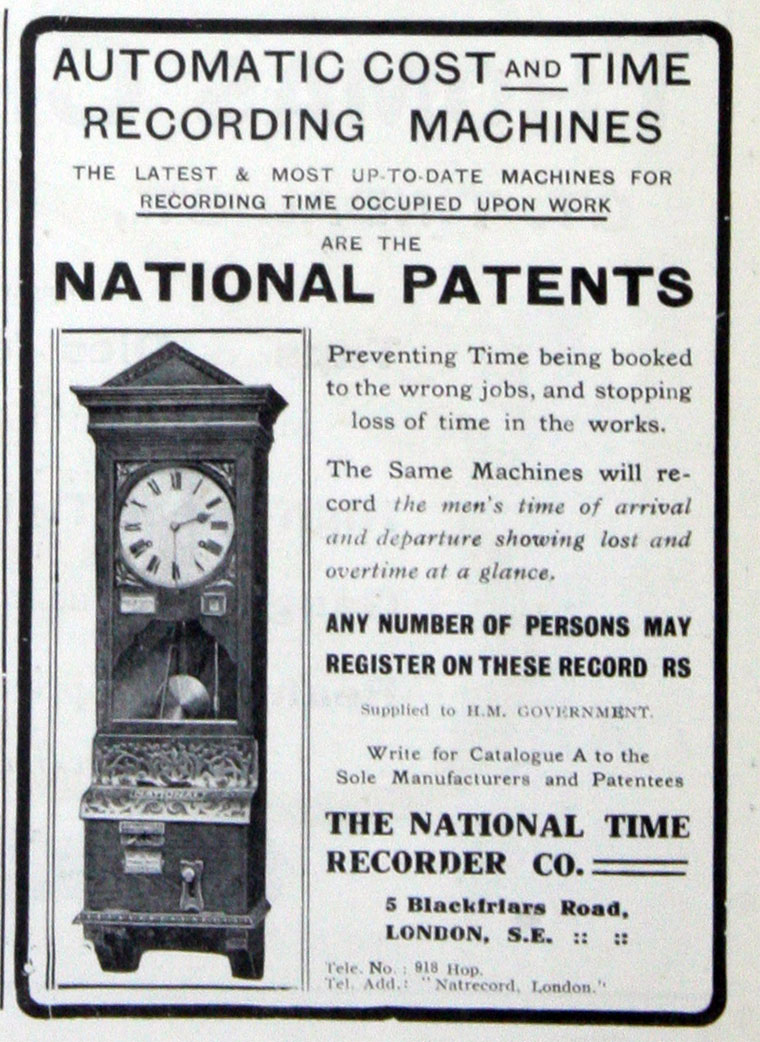 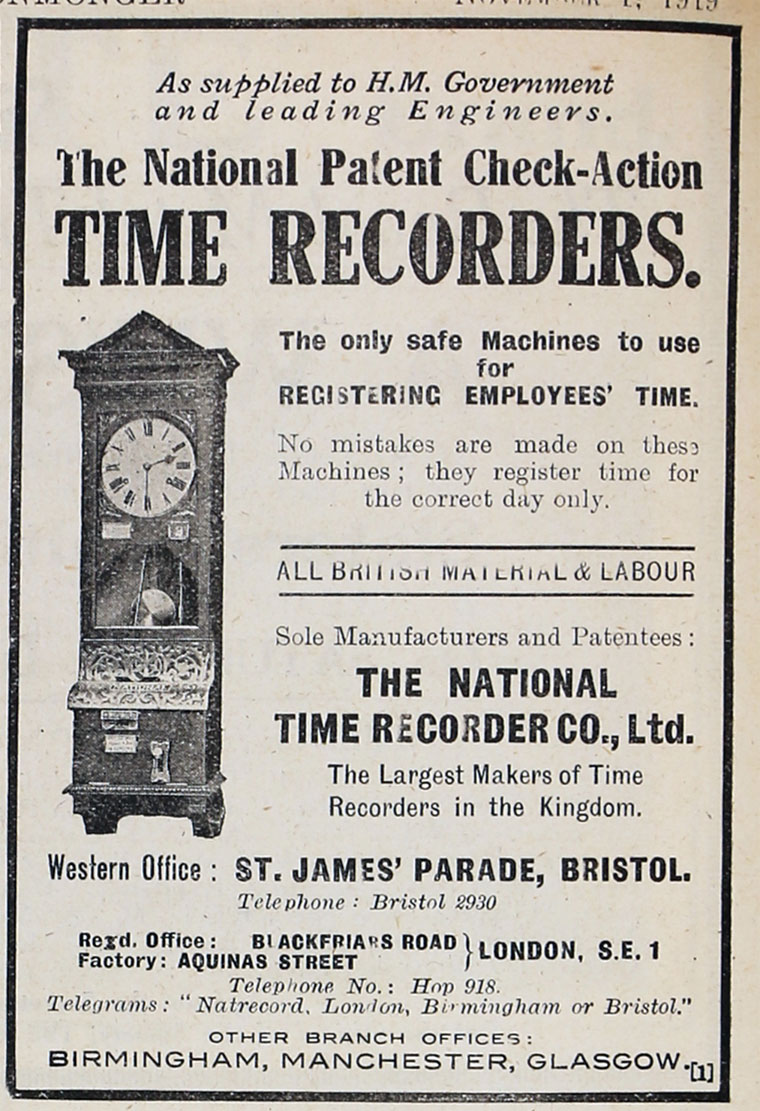 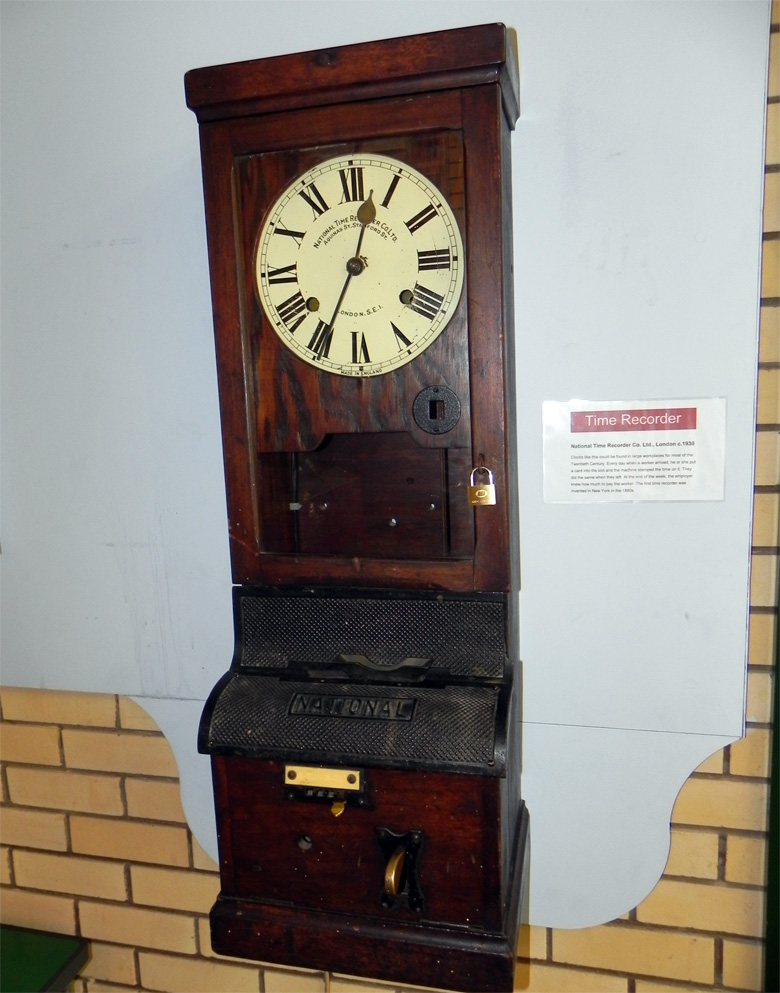 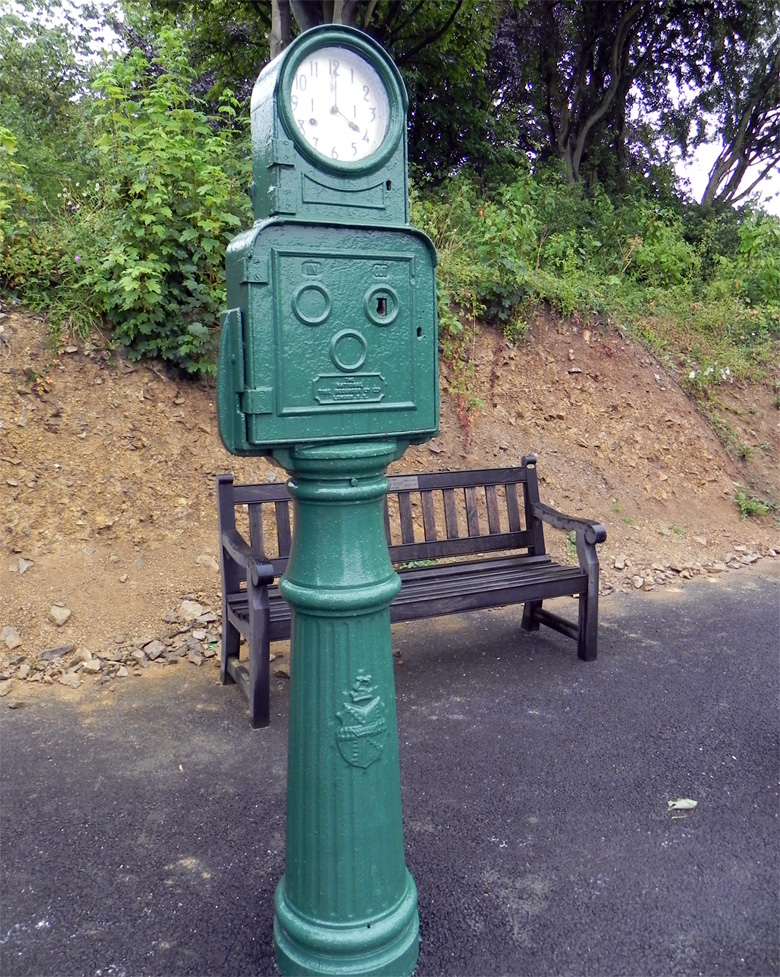 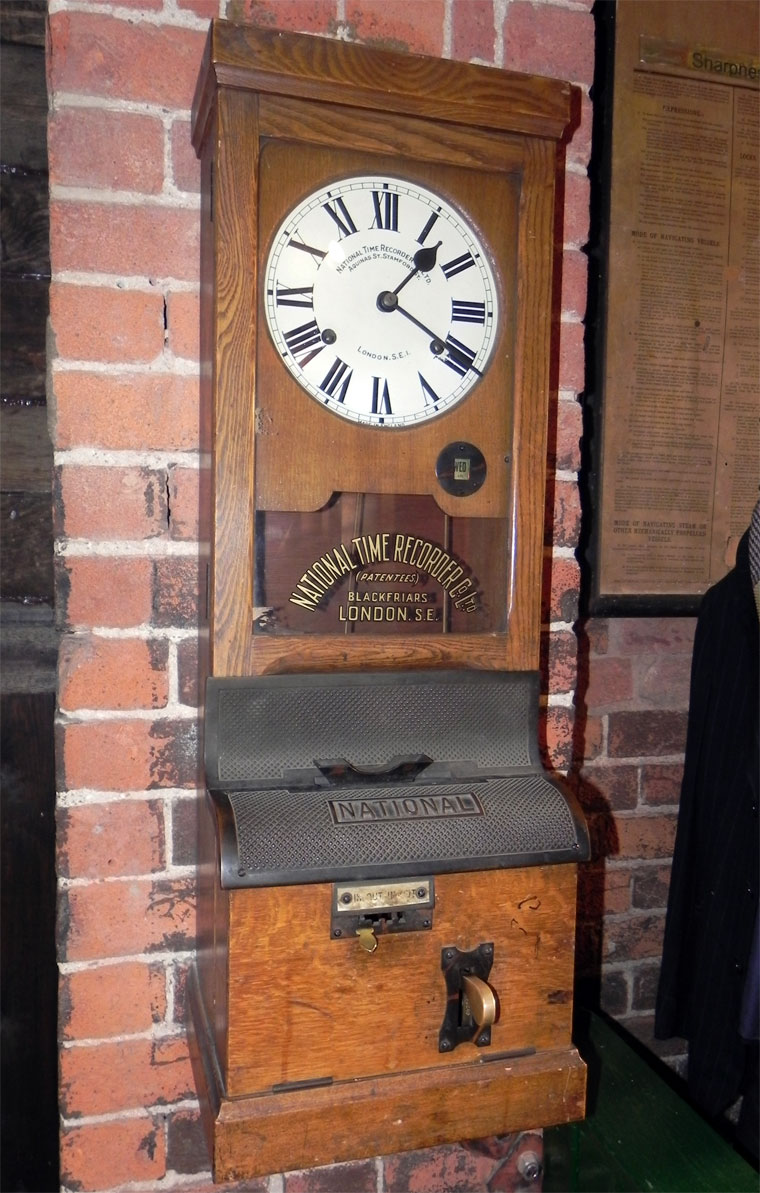 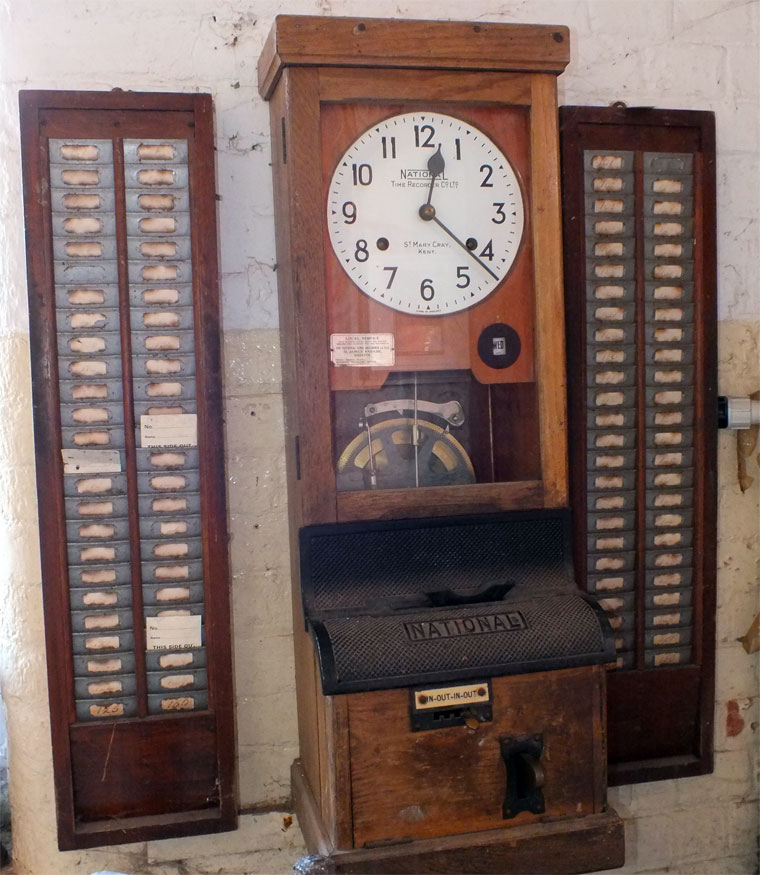 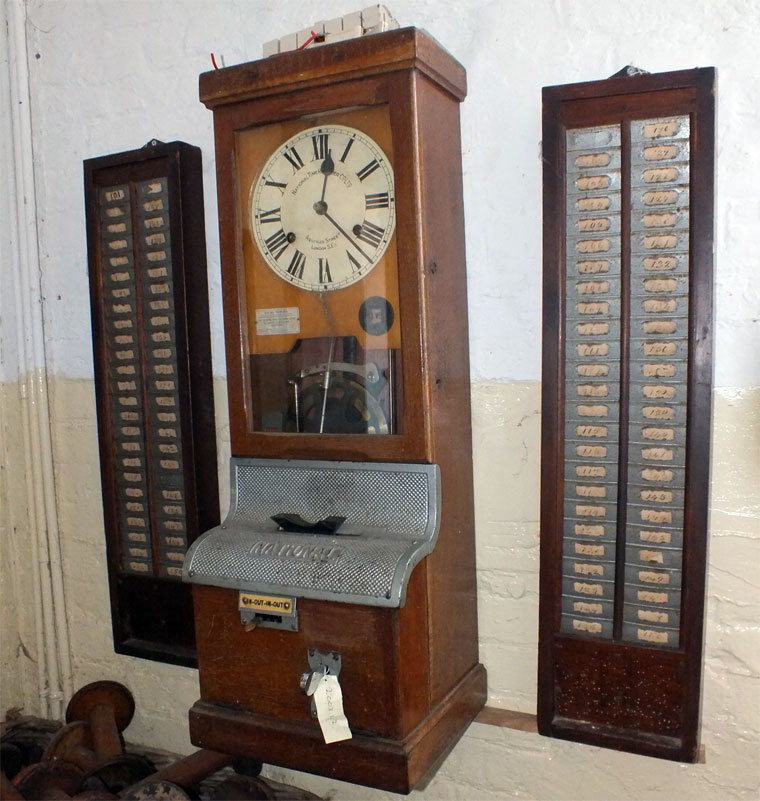 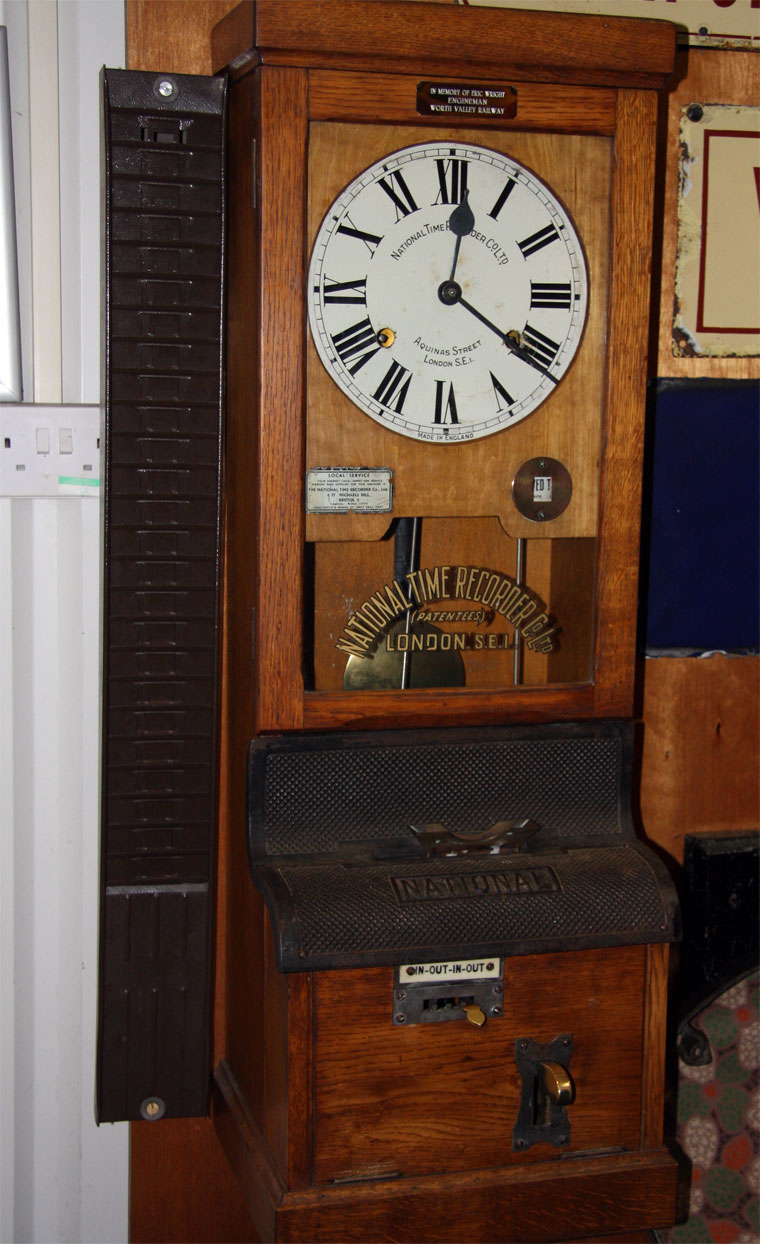 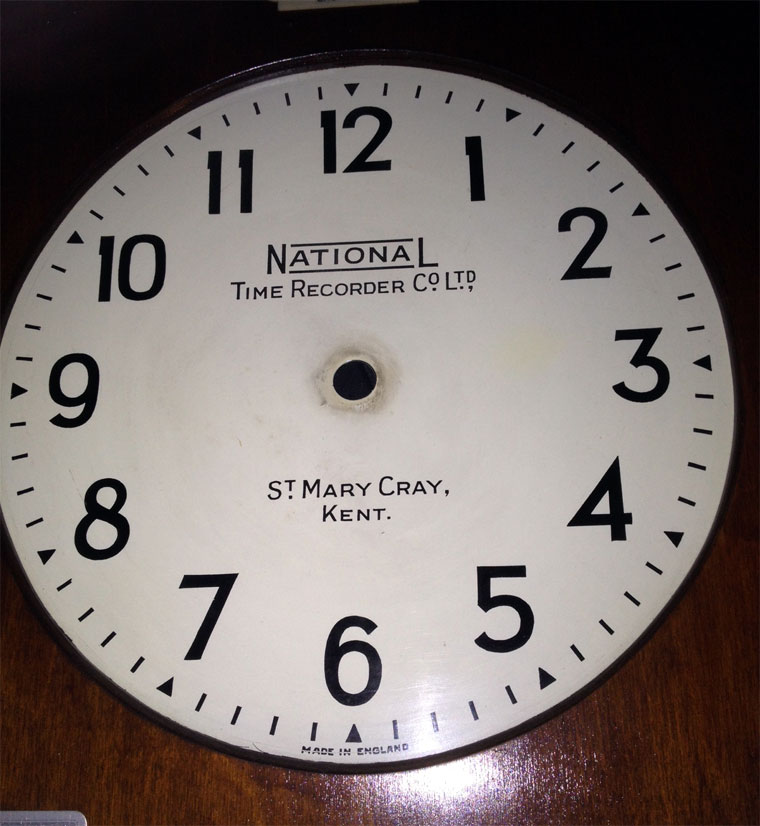 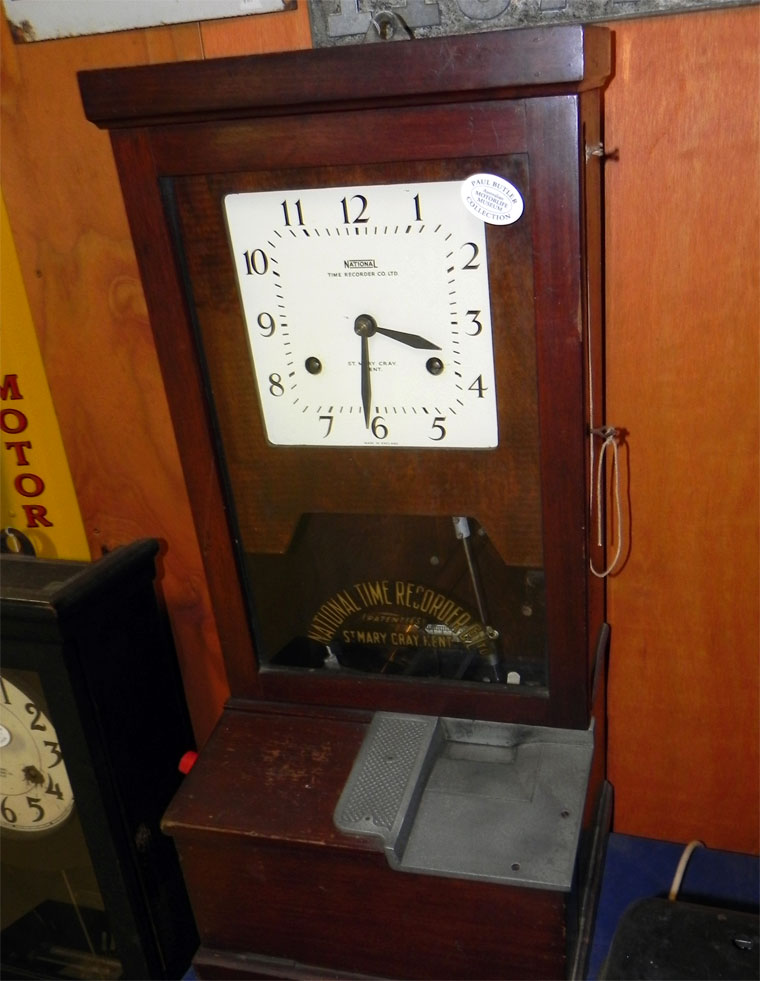 1920 Mr Lowe, a Director of NTR, visited the USA and met a Mr Rimington, Chairman and Managing director of another British company, Blick Time Recording Devices, then a subsidiary company of Blick Typewriter Co. The two companies agreed that Blick would market National Time Recorders as Blick National in the UK. This continued until 1927 when Blick dropped the word "National" from the title of their machines thereafter selling them as "Blick"

By 1921 the company was well-established with branch offices in Birmingham, Manchester, Bristol and Glasgow. They had supplied time recorders to the British Government and to the Indian government.

Although Blick became the main user of National time recorders, NTR continued to supply recorders under their own name.

In later years NTR marketed other types of time recorder such as the "Autograph" series.

A booklet of instructions for National Time Recorders gives Cray Avenue, St Mary Cray, Kent, as the Factory and head office address and shows that the company at that time had branch offices and local service departments in London, Birmingham, Bristol, Dublin, Glasgow, Leeds, Manchester, Newcastle and Sheffield.