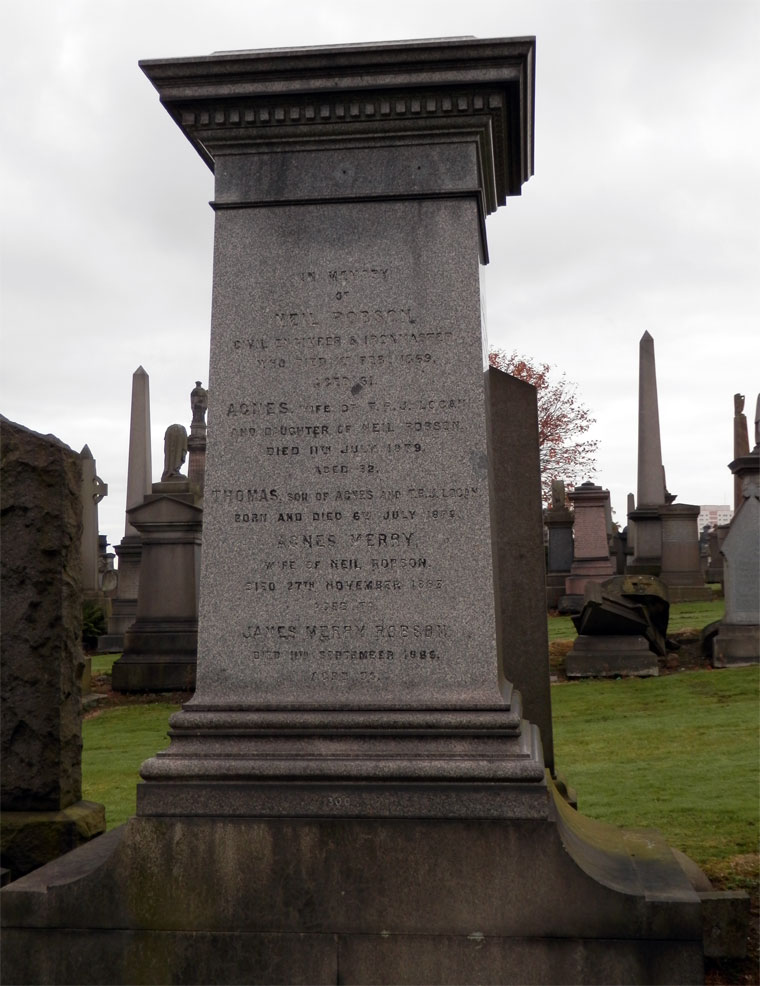 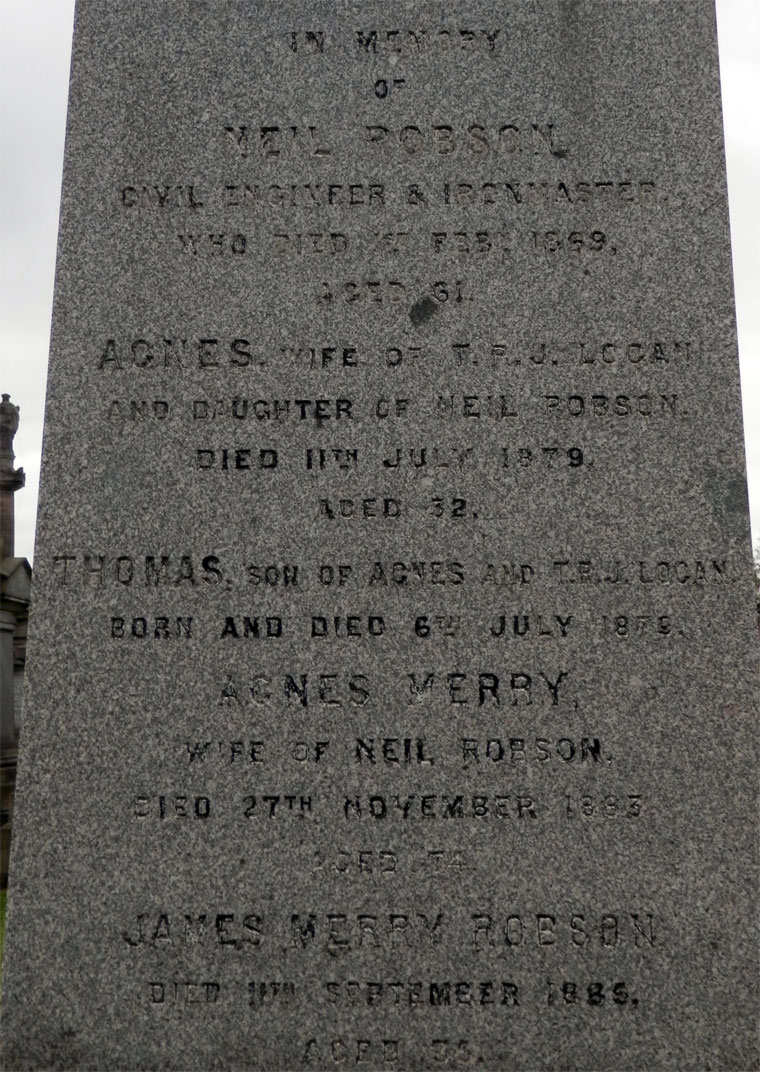 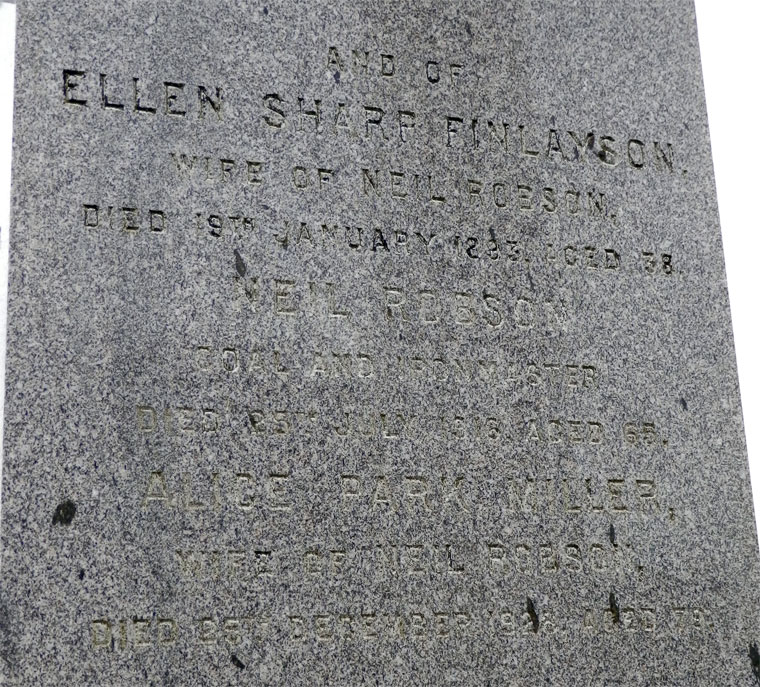 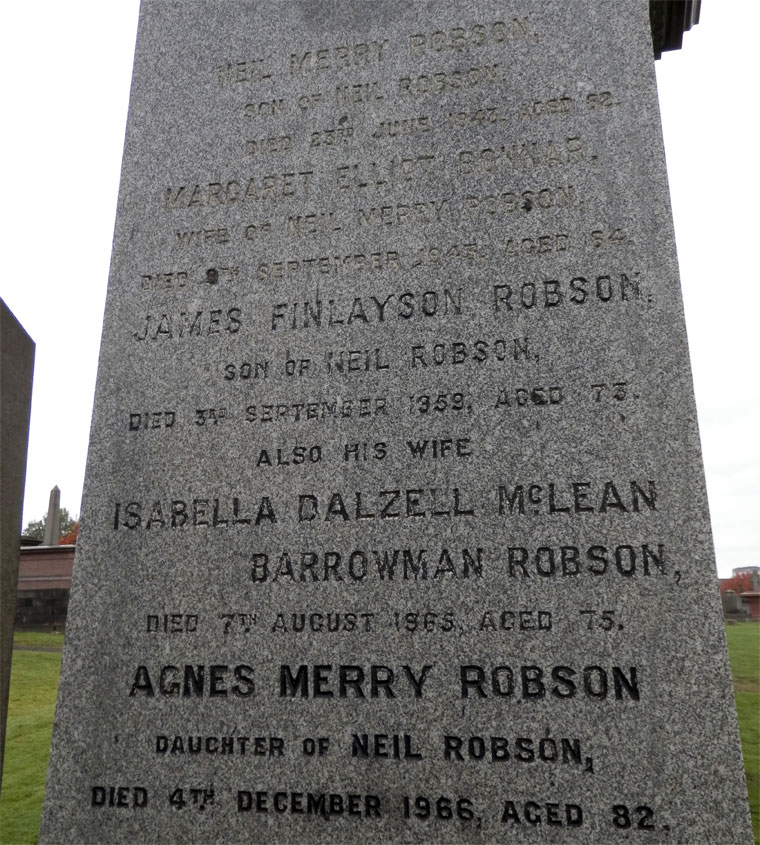 From 1833 Robson worked as a civil and mining engineer and land surveyor, based in Miller Street, Glasgow. He was initially employed in surveying mineral workings in Lanarkshire and Ayrshire but gradually turned to the surveying of the branch railways leading to mineral reserves.

He was the engineer for the proposed extensions of the Garnkirk railway, eastward from Coatbridge to the Wishaw and Coltness railway and westward from St Rollox to Glasgow.

1844 appointed as engineer for the Glasgow, Barrhead, and Neilston railway.

From 1845, Robson planned lines from Glasgow to Dumbarton, Helensburgh and Loch Lomond, from Glasgow to Kilmarnock and Ardrossan direct, and from Balloch to Stirling, although not all these were built.

His later work included the St. Andrew's Suspension Bridge over the Clyde at Glasgow Green.

1860 Joined his brother-in-law, Mr. James Merry, then M.P. for the Falkirk district of burghs, to join his firm of Merry and Cunningham, ironmasters. He took an active part in the management of the business.

Mn. NEIL ROBSON, son of Mr. Robert Robson, was born in the district of Galloway in 1807.

He was educated at the Irvine Academy, and at the age of seventeen was articled to Mr. T. Smith, of Glasgow, with whom he remained for a short time after the expiration of his pupilage.

In 1833 he commenced practice as a Civil and Mining Engineer in Glasgow, and he always held a leading position in the profession. His name is associated with most of the large engineering works in the west of Scotland, several of which he constructed, including the line of railway between Gartsherrie and Whifflet, now a portion of the main line of the Caledonian railway, the Glasgow, Burrhead and Neilston railway, the General Terminus railway, the Caledonian and Dumbartonshire railway, the Glasgow and Helensburgh railway, and the Lesmahagow railway.

He was largely employed as a Mining Engineer, and was looked up to as a leading authority in that branch of the profession. During the last few years of his life, he had the management of the extensive iron and coal works of Messrs. Merry and Cuninghame, of which firm he was a partner.

He also held the position of deputy-governor of the Forth and Clyde canal, the most important work of the kind in Scotland, and he was a director in several railway companies.

In 1838 he married Miss Agnes Merry, daughter of the late Mr. James Merry.

Mr. Robson's last illness was of short duration, and he died on the 1st of February, 1869, in the sixty-second year of his age.

In private life he was noted for kindliness of heart and for his generosity, and he leaves a large circle of friends to regret his loss.