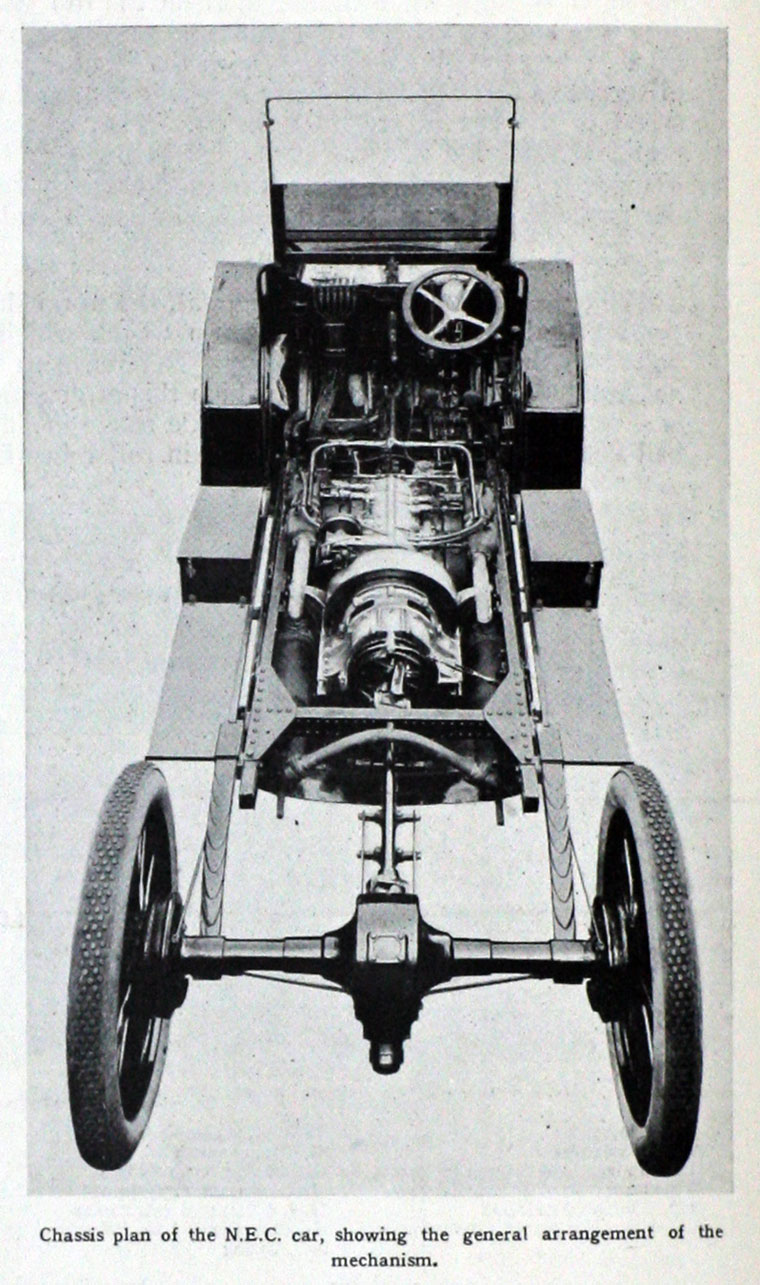 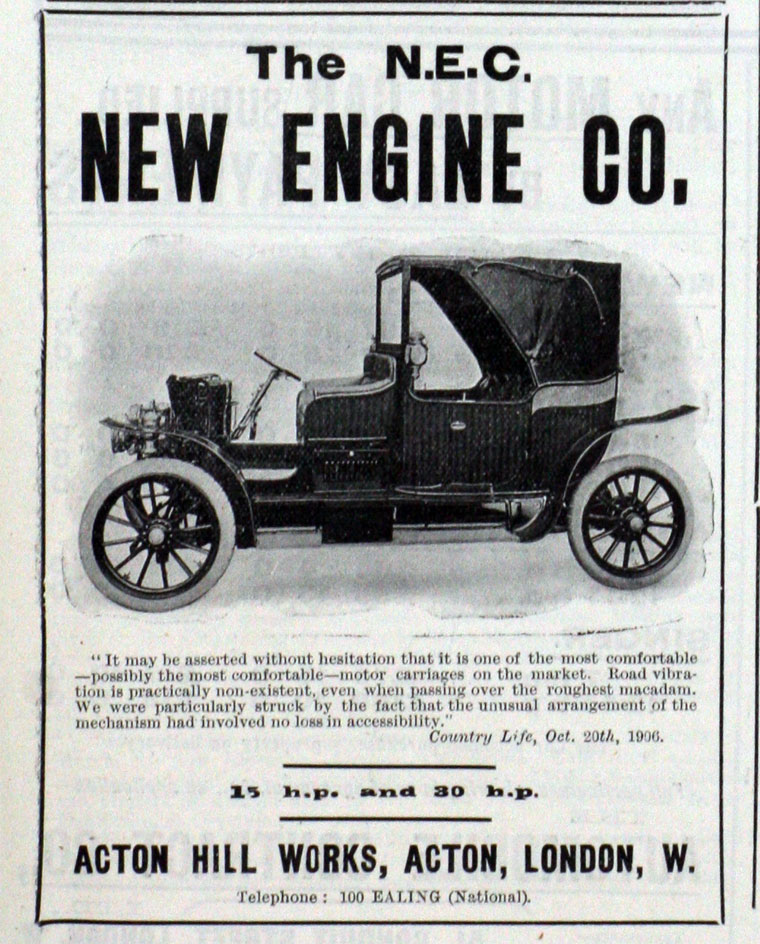 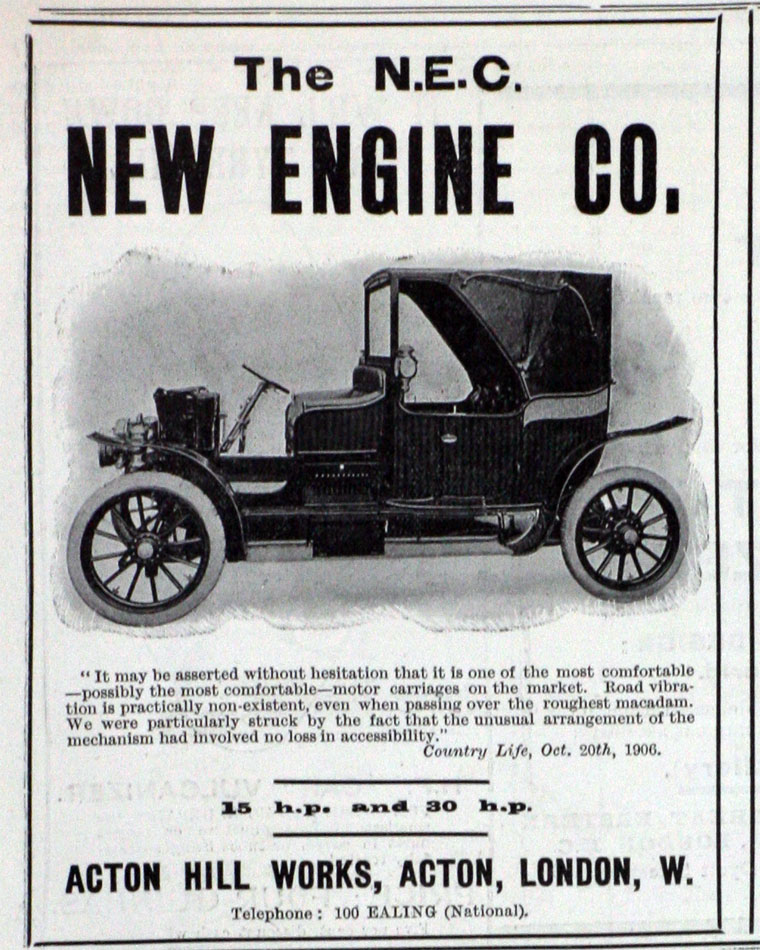 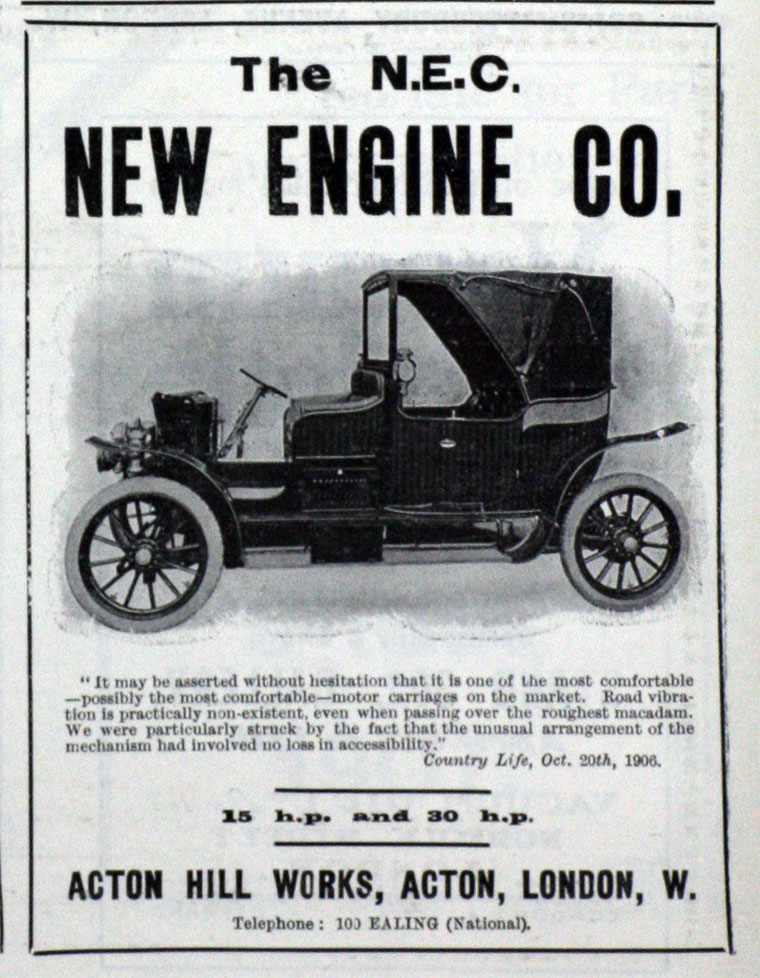 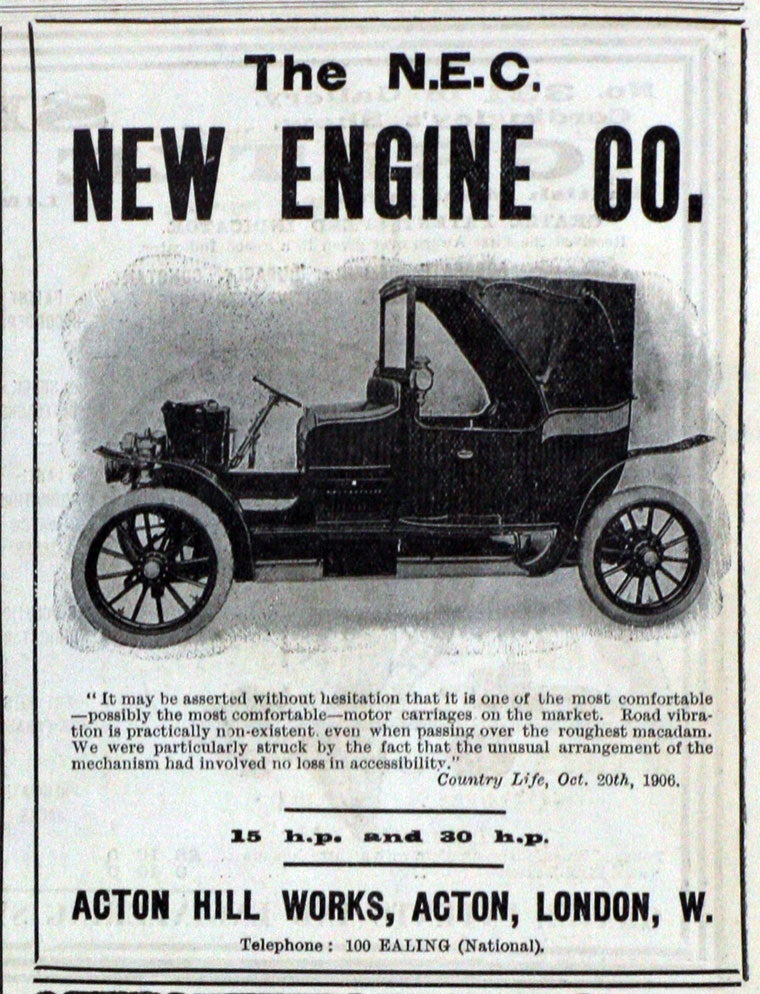 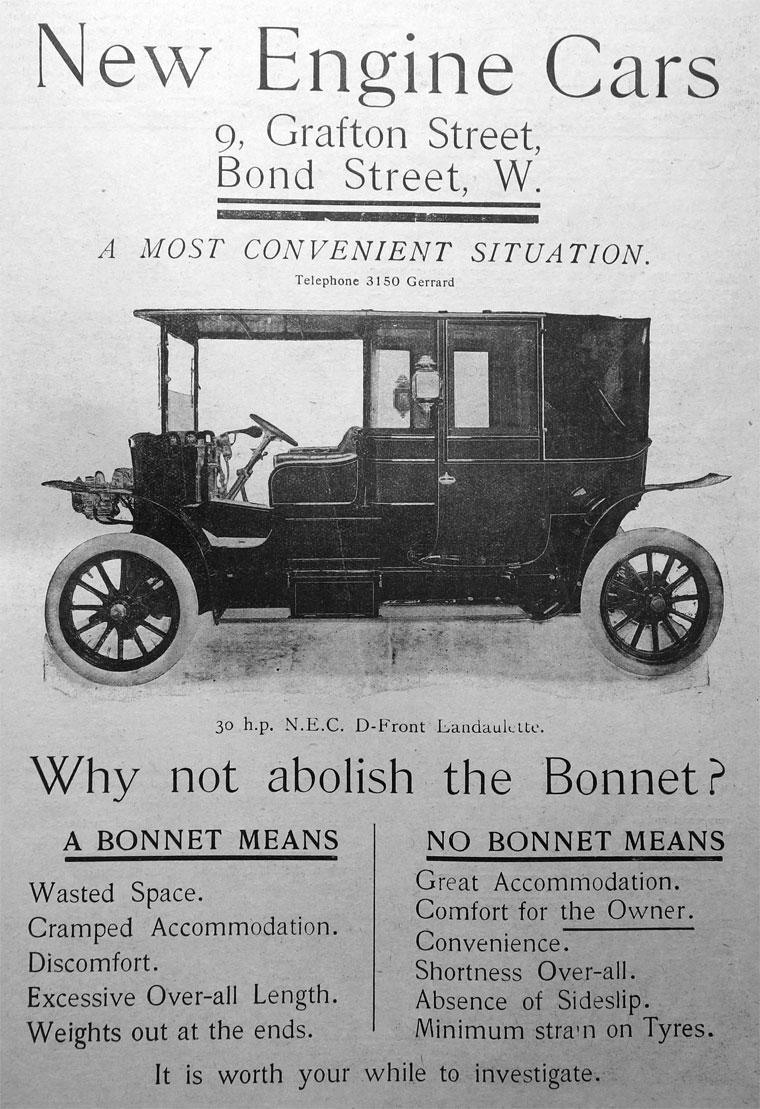 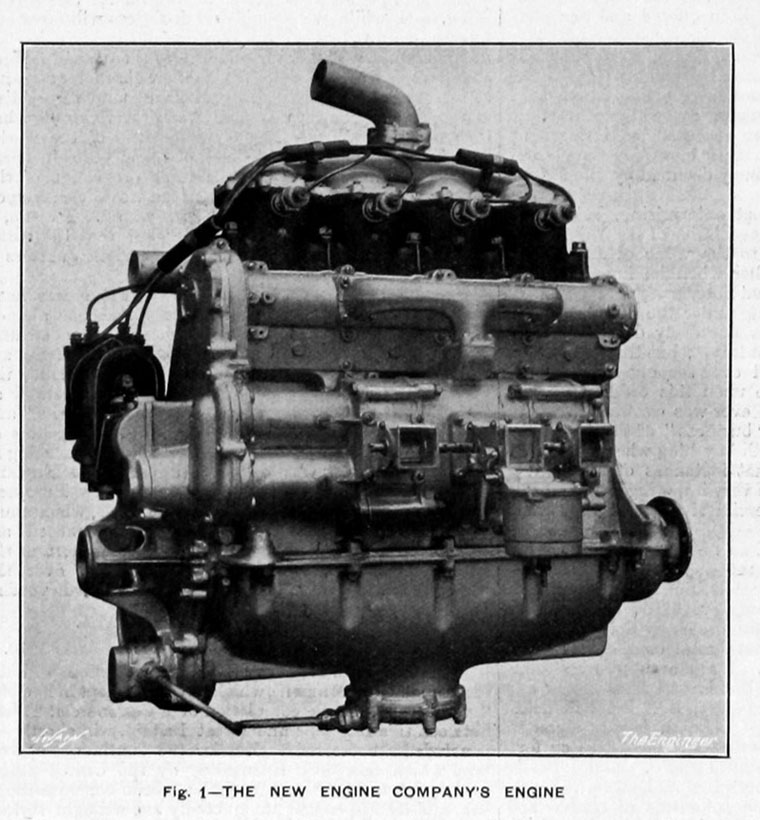 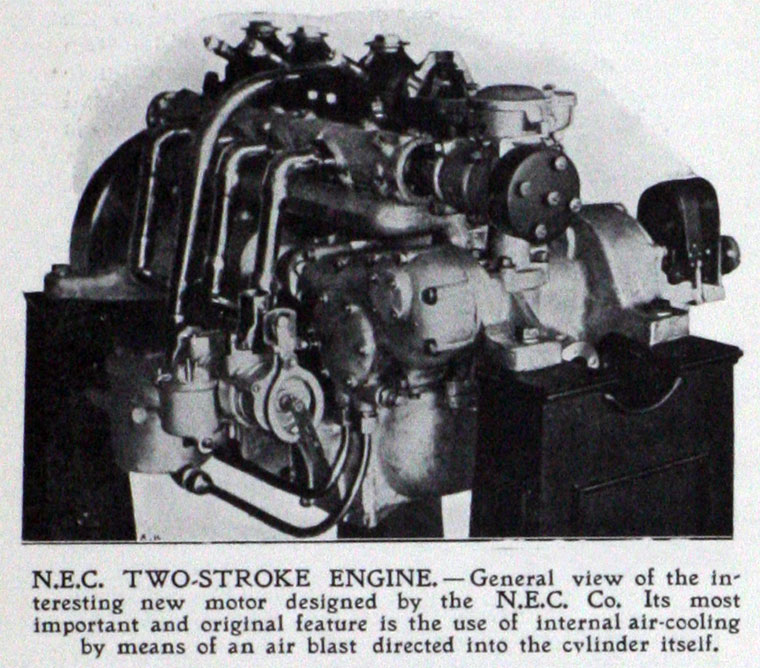 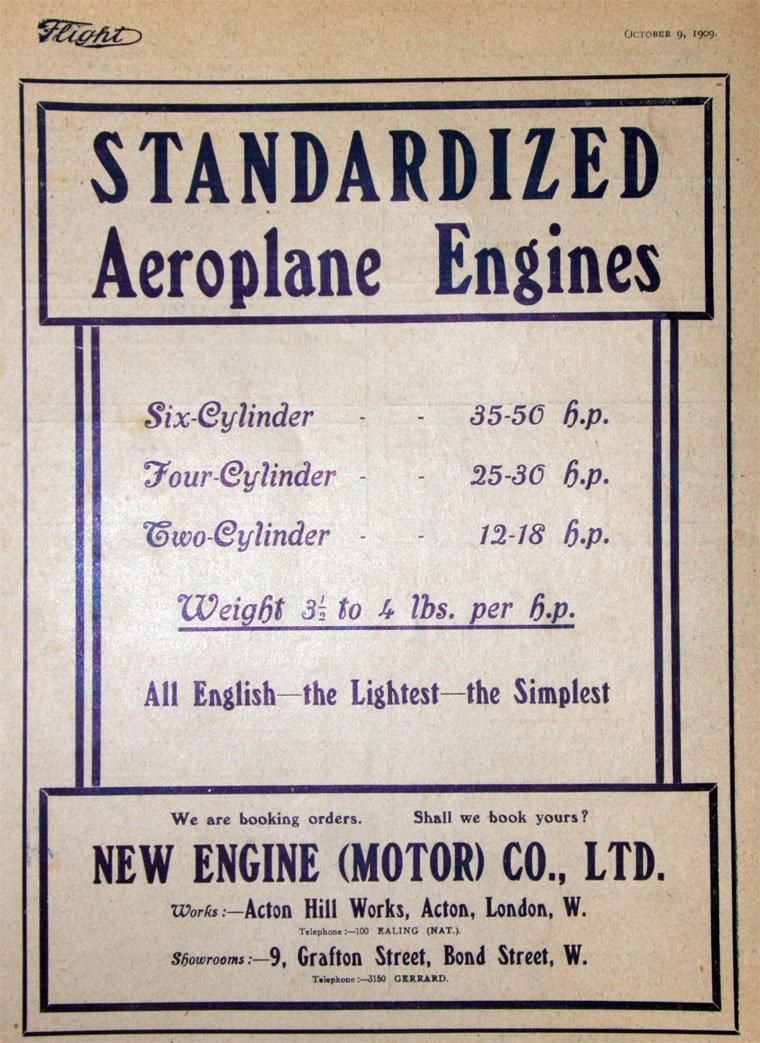 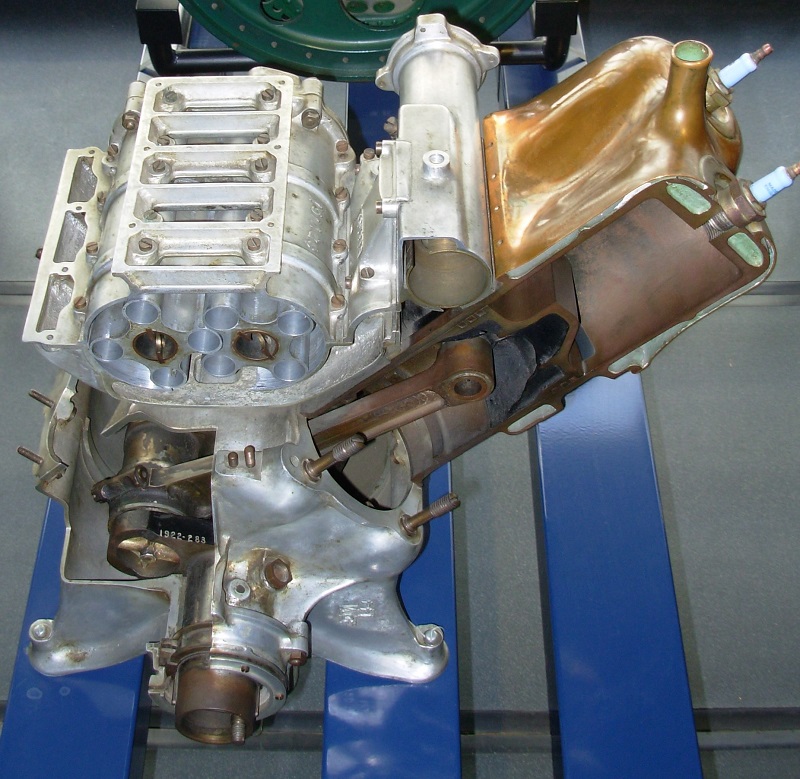 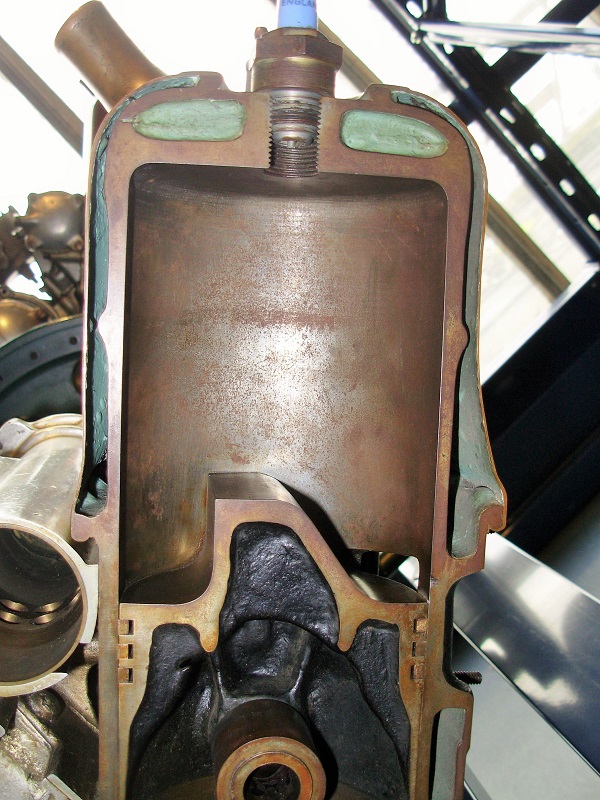 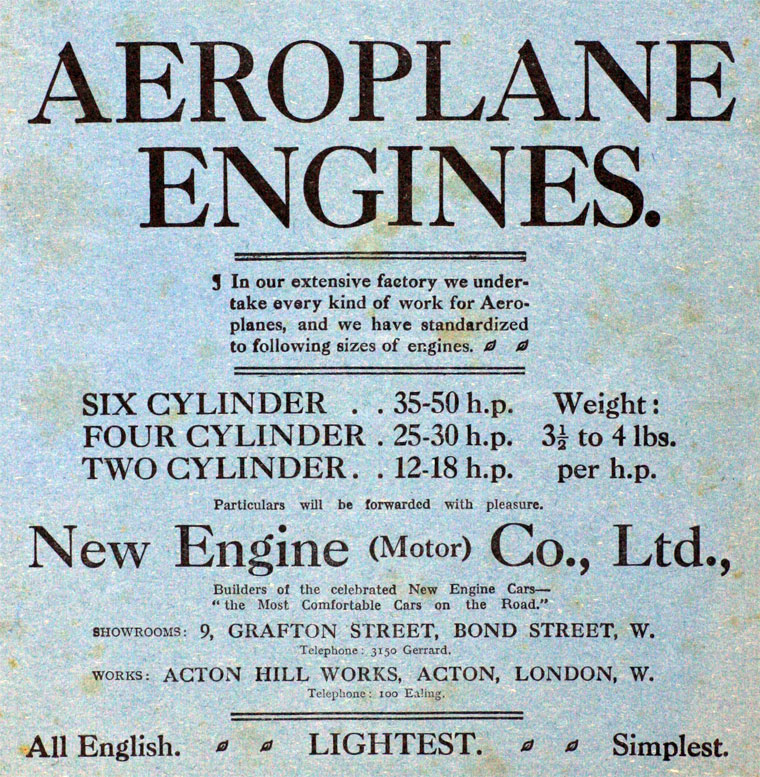 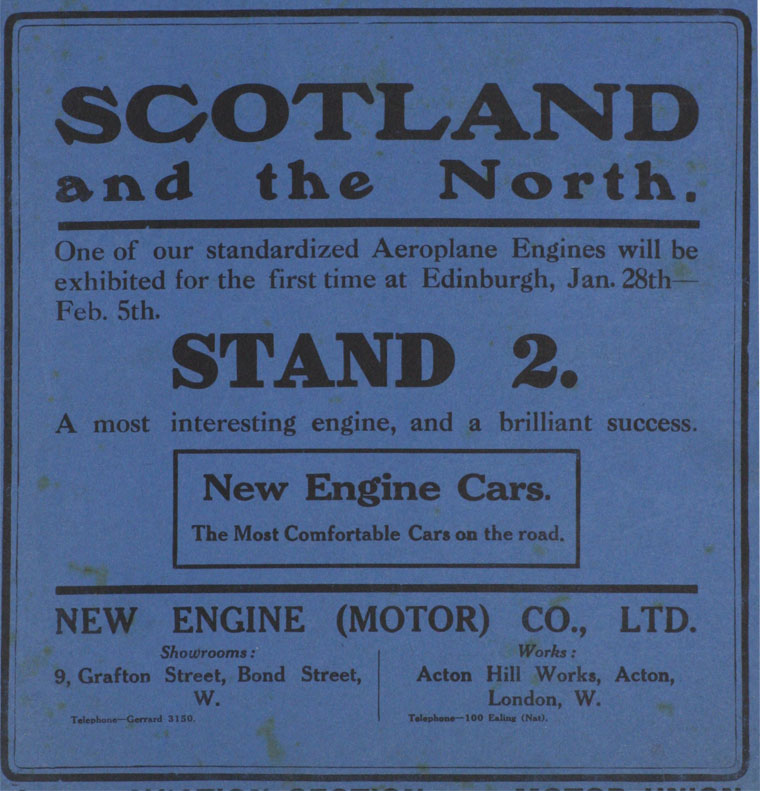 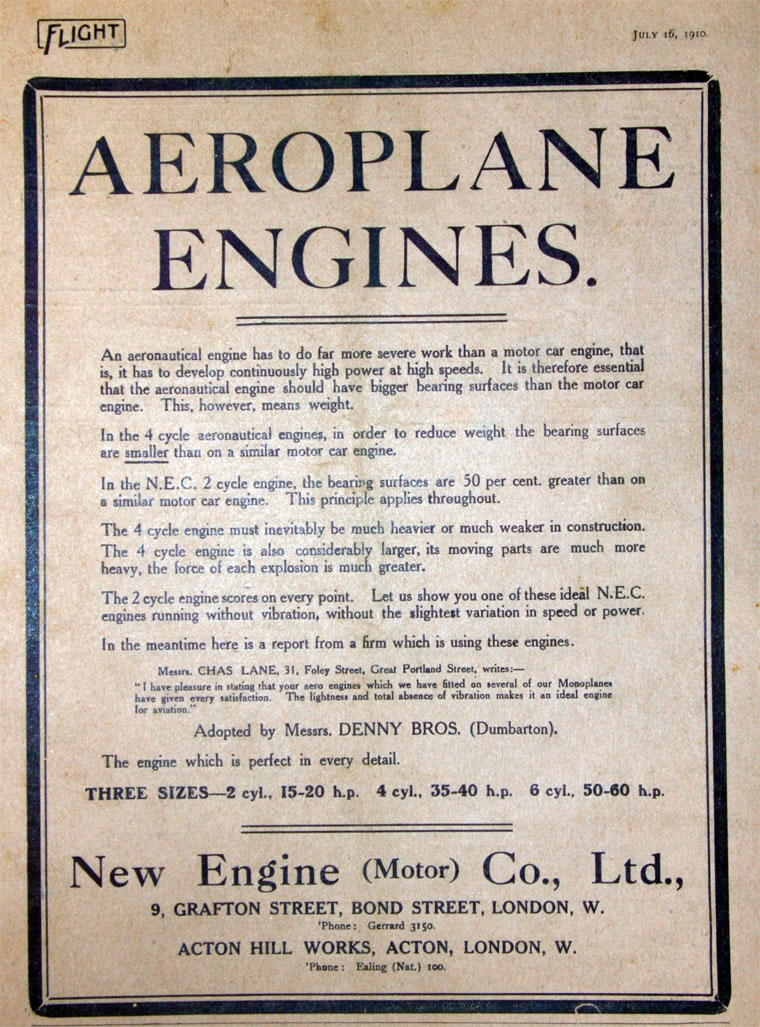 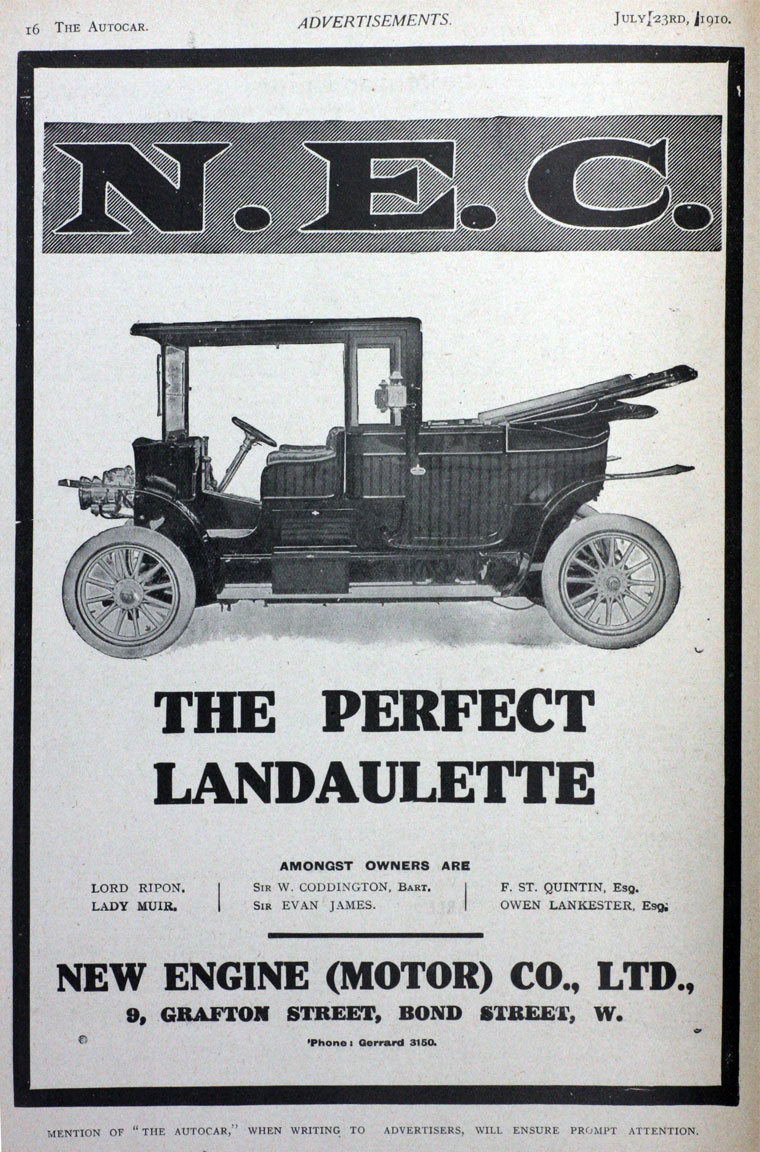 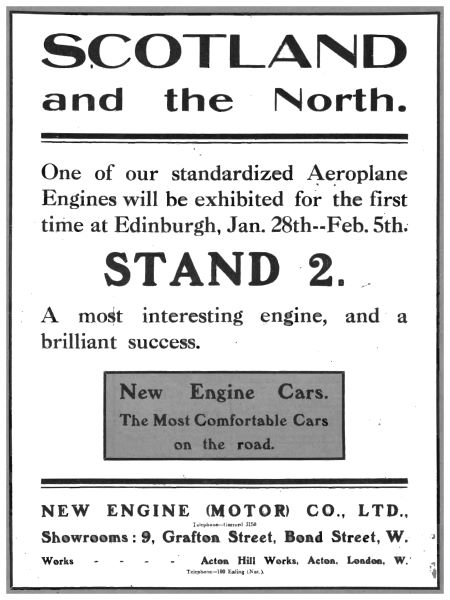 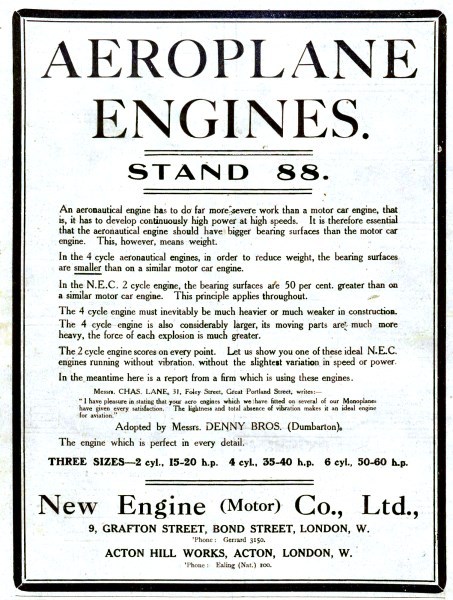 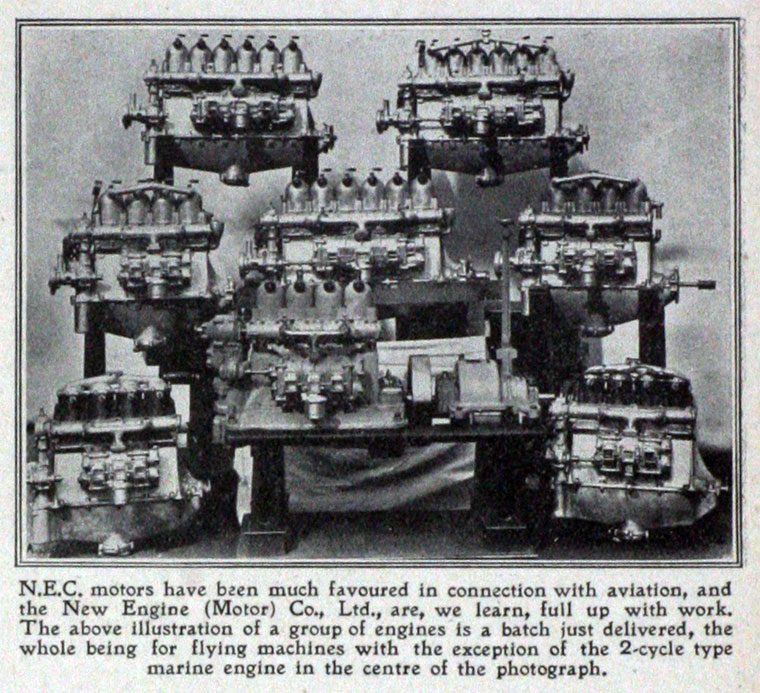 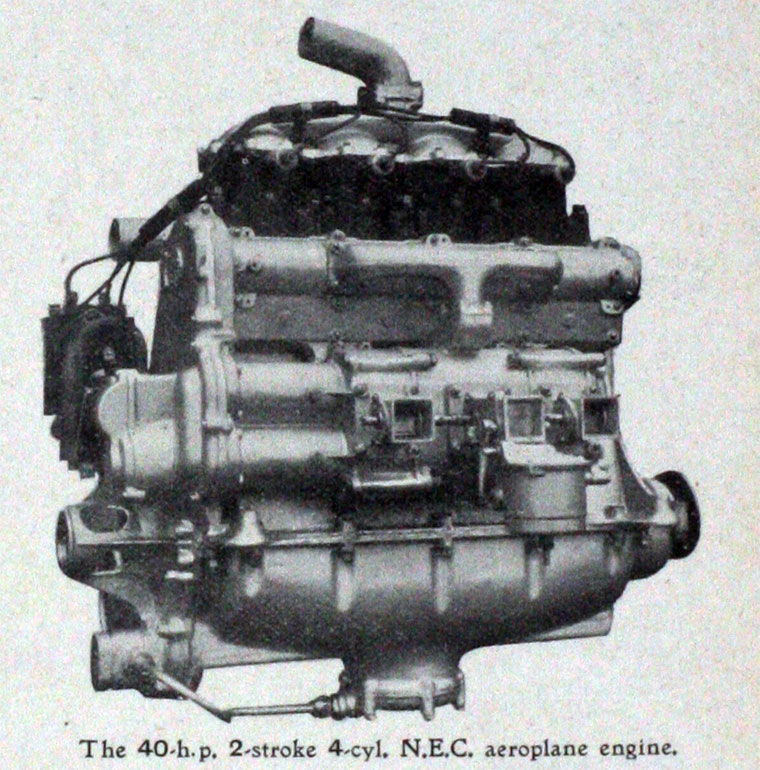 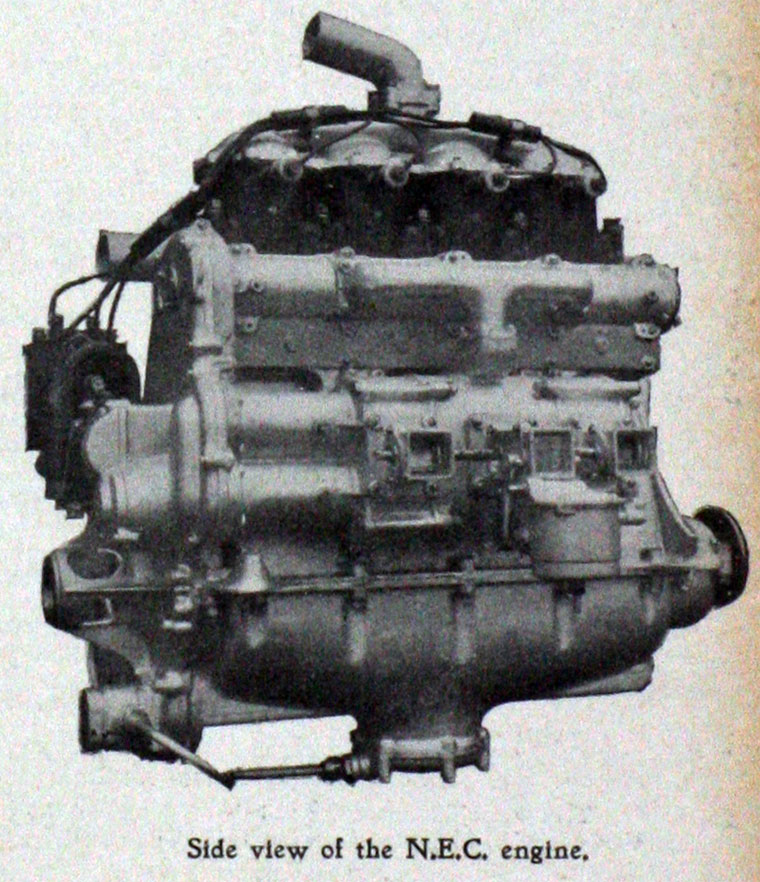 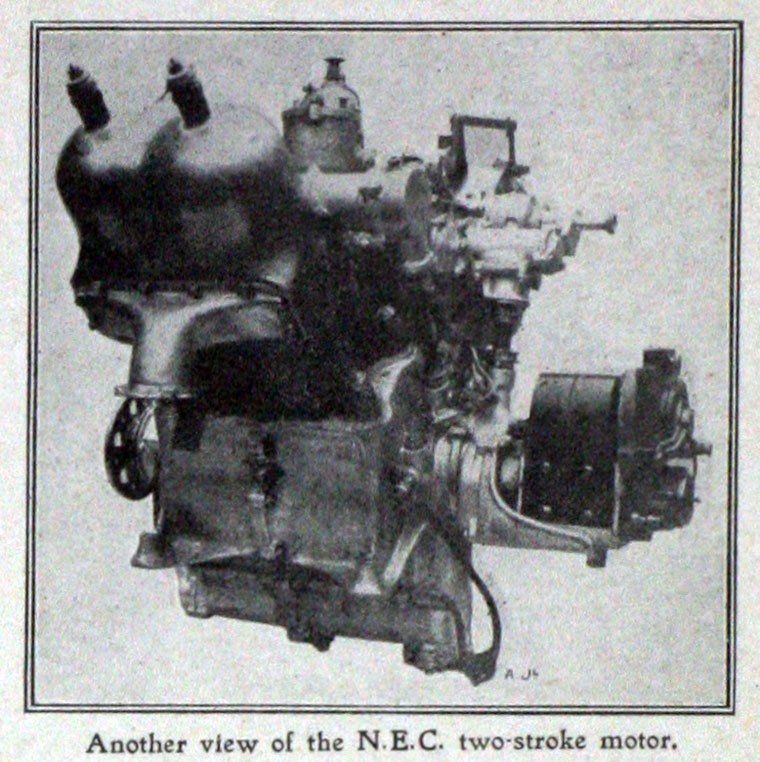 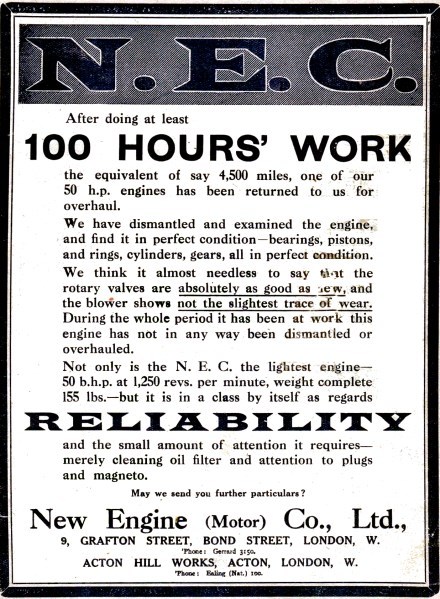 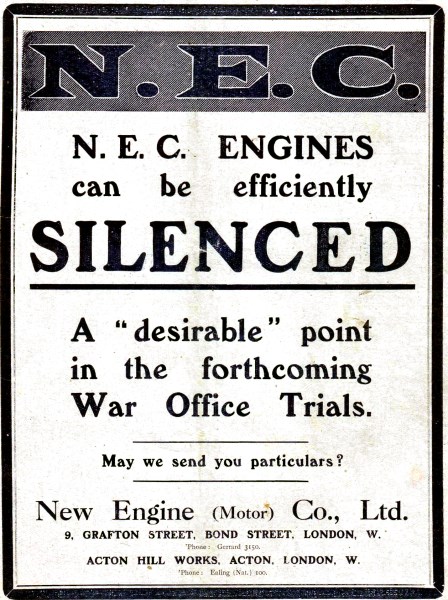 More commonly referred to as NEC or N.E.C.

1909 Introduced the first 'supercharged' aero engine. A sectioned example is (or was?) on display at the London Science Museum (see photo). It was a 2-stroke 50 HP engine designed by G. F. Mort, capable of running at 1500 rpm, a high speed for that time. The Roots-type blower had three chambers, the two end ones pumping air, while the centre chamber pumped a rich air-petrol mixture. A rotary valve (see photo) admitted the mixture after the air. The final mixture was compressed to 80 psi. The blower substituted for the more commonn system of crankcase compression used in 2-strokes, rather than boosting the inlet pressure. It is not clear why this lightweight, simple engine did not become more popular for aircraft.[8] [9] [10]

1938 The works were occupied by Norton and Gregory