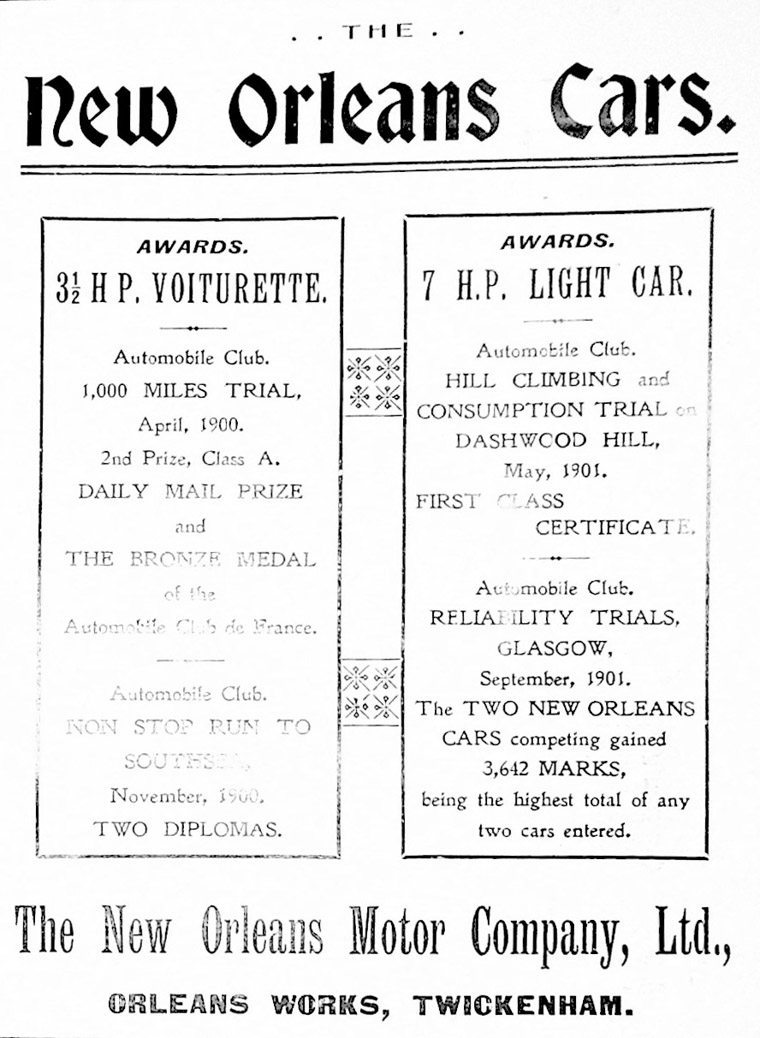 From Motors and Motor-driving. Published in 1906.

It seems unlikely that this was the Company formed by E. H. Owen, who was connected with a company of similar name Orleans Car Co

1906. Described as of Belgian and British manufacture. Produced 15, 22 25 and 25 h.p. models with shaft-drive. The largest had a six-cylinder engine while the others were four. [3]