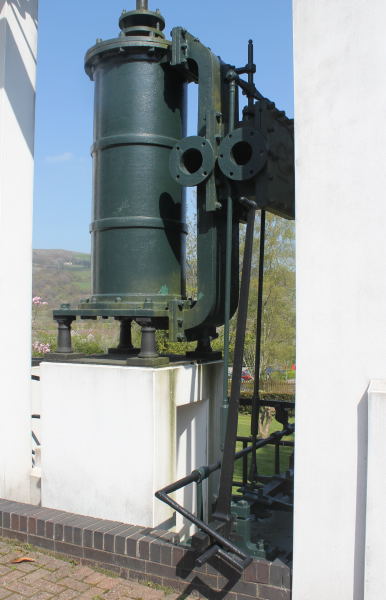 This beam engine can be seen in the grounds of the University of Glamorgan, Treforest, just south of Pontypridd in the Rhondda Valley, having been there since 1920 when the site was home to the South Wales School of Mines.

Made by the Varteg Iron Co in 1844 for winding and pumping at the Colliery at Gelliwion (later called Newbridge, then Pontypridd), a few miles away. It worked until 1919. The cylinder was replaced in 1861 by one made by the local Pontypridd firm of Brown, Lenox and Co, the name and date being cast into the cylinder and steam chest cover.

Reversing is by slip eccentric and gab gear.