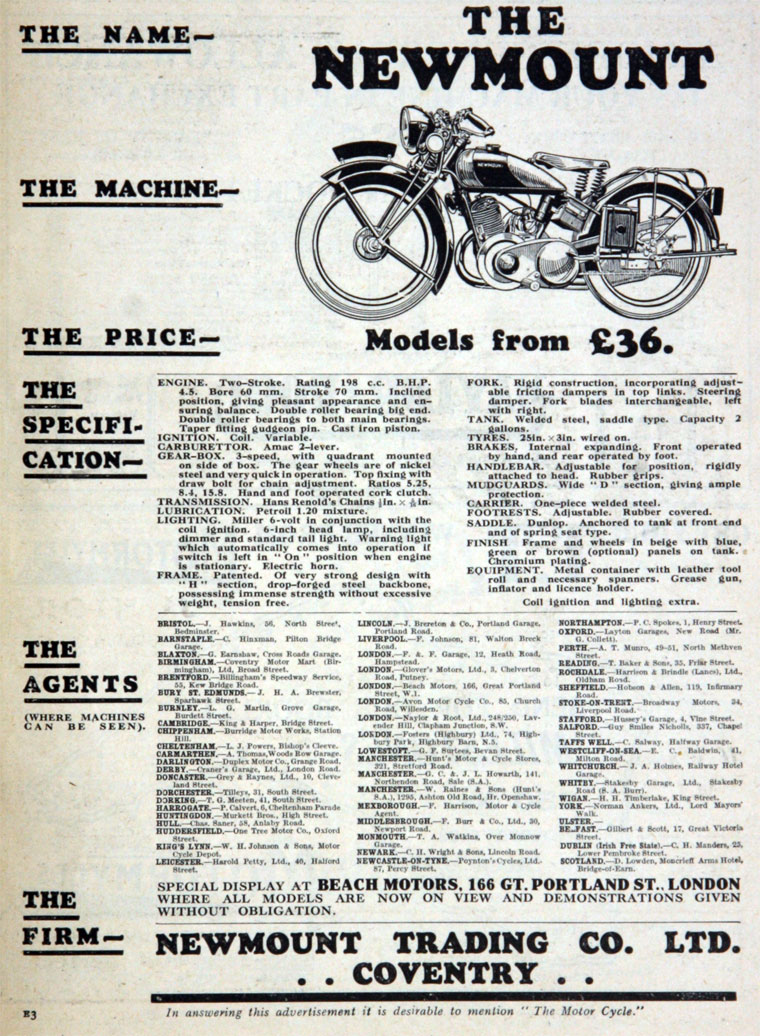 Newmount were motorcycles assembled in Warwick Road, Coventry from 1929 to 1933.

1929 The machine was really a German Zundapp with a change of tank badge and a tubular frame instead of the usual one of pressed steel. It weighed 198lbs and was priced at £33.

1931 The range expanded. One model had a 300cc Zundapp engine while others had 348cc or 499cc ohv Rudge Python engines.

1933 The range continued until that year and then left the market.