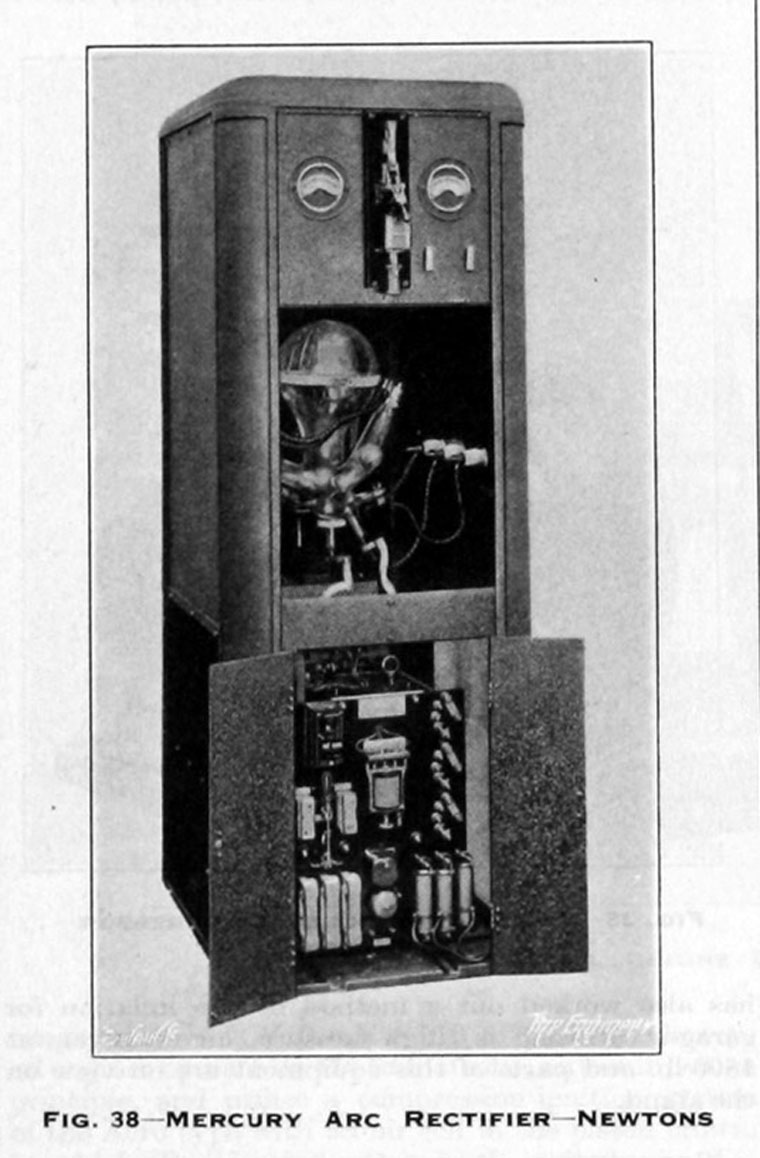 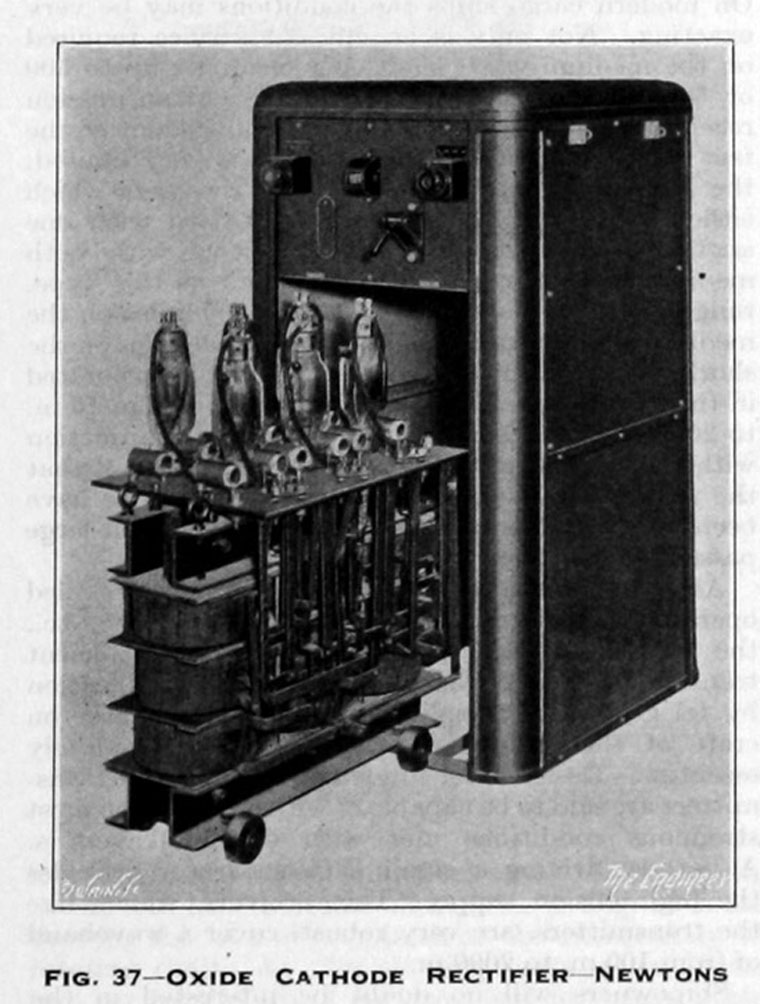 Subsequently the limited company of Newton's. Ltd.. was formed

1926 Rotax was acquired by Joseph Lucas, Ltd., of Birmingham

1931 the Rotax Company purchased the business of T. Harding, Churton and Co, Ltd., of Leeds,

1931 Newtons of Taunton Ltd merged with T. Harding Churton and Co of Leeds

1932 A new limited company was formed combining both Newton's and Harding & Churton as manufacturers of electrical machinery of all classes.

1933 Newtons of Taunton Ltd. of 319 Regent Street. W.1. Made a range of DC and AC motor tools, including special high frequency tools for which the frequency converters were made at Taunton, with the tools themselves being constructed at the firm's Rotax works, Willesden.[1]

1934 'NEWTON'S, LTD, TAUNTON.
ENGINEERING WORKS TO; CLOSE.
LONDON CENTRALISATION PLAN.
TRANSFER OF TECHNICAL STAFF "BOMBSHELL" FOR COUNTY TOWN.
A notable chapter in the industrial life of Taunton is coming to an end with tbe closing down of the Herbert-street works. Newton's, Ltd., the electrical engineers, whose products are to be found in many parts of the world. The reasons for this severe and unexpected blow to the life of the town are set out below, and it will be seen that the major activities of the firm are to be centralised in a factory in London. It was by a strange turn of the wheel of fate that this bombshell should have been dropped during the past week, just when a vigorous campaign was being conducted to make the borough more popular as an industrial centre. Mr. C. T. Wonnacott, the manager of the local Employment Exchange, has spent nearly a fortnight at the British Industries Fair, where, as the ambassador of the County Town, has formed associations with men of eminence in the business and commercial life of the country. It is too early yet to state whether his efforts are likely to attract any new industry to the district, either shortly or in the more distant future.
BIGGEST TURNOVER LAST YEAR.
There are factors, in addition the possible serious displacement of many of the 250 workers now employed that make the closing down of Newton's, Ltd. a matter to be especially regretted. One is that the firm was to have celebrated the completion of half-a-century's business this year, and another was that a bigger turnover was recorded in 1933 than ever before in the history of the undertaking, this being in spite of the industrial depression. There are approximately 150 men and boys employed at the works, and about 80 women and girls. A proportion of the technical staff will be transferred with the business to London. The firm was established by Mr. F. W. Newton in 1884. and in 1924 was taken over by the Rotax Company, of Willesden, London, N.W.12. Subsequently the limited company of Newton's. Ltd.. was formed, and in 1926 the Rotax interests were acquired by the present owners, Joseph Lucas, Ltd., of Birmingham, who are probably the largest manufacturers of motor-car accessories in the world. Thus Newton's became part of the Lucas property. In April, 1931, the Rotax Company purchased the business of T. Harding, Churton & Company, Ltd., of Leeds, while in January of the following year the formation a new limited company combined both Newton's and Harding & Churton as manufacturers of electrical machinery of all classes.
ELECTRICAL EQUIPMENT DEVELOPMENTS.
It was in 1930, owing to the severe competition experienced by the Lucas interests in Newton's and also the industrial electrical sphere, that the firm started a very powerful campaign to establish in this country a garage electrical equipment business on similar lines to that previously held by the Americans. Since that time the output of all kinds of electrical equipment for cars in service garages has been steadily increased.
It has now been decided by the parent Company that the garage equipment and motor-car servicing activities shall be concentrated in one factory, this being the Rotax works at Willesden, and hence the removal to London of the whole of this class of work as now carried on Taunton. The Company feel, as the business is growing so rapidly, that it can be handled much more efficiently in London than in a town rather remote from the sources of the required materials.
The firm were the earliest manufacturers of electrical generating plant, and for many years they produced, on behalf of the Leitner Company the dynamos used by the Great Western Railway Company for coach-lighting purposes. The Company took over the business through having acquired the patents, which are embodied in the standard motor-car lighting equipment now in use practically throughout the world. Newton's, Ltd, in common with all engineering firms, contributed towards the supply of munitions and equipment for warfare during the fateful years of 1914-1616.
LARGER PREMISES WANTED.
There is probably more "Newton" electrical equipment used in operating cinema plant in this country than any other type, and Newton's, Ltd. have played a very notable part in developing what is known as "static rectification." Owing to the introduction of the national grid it has become necessary to change the plant in the majority of cinemas, in order to take the grid supply, and the provision of "'Mercury arc" and "Oxide Cathode" for rectifying alternate current for arc lamps in cinema projectors, a business that is growing enormously. To develop this industry fully the Company has found it necessary to occupy considerably larger premises than those now available at Taunton, and the situation of which, unfortunately, does not permit of suitable extension.
FINAL ARRANGEMENTS.
We understand arrangements are being made with one of the leading electrical companies to preserve the continuity of the very extensive industrial business that has been built up during the life-time of Newton's. Ltd. It is anticipated that several months will elapse before the works are finally closed down.' [2]