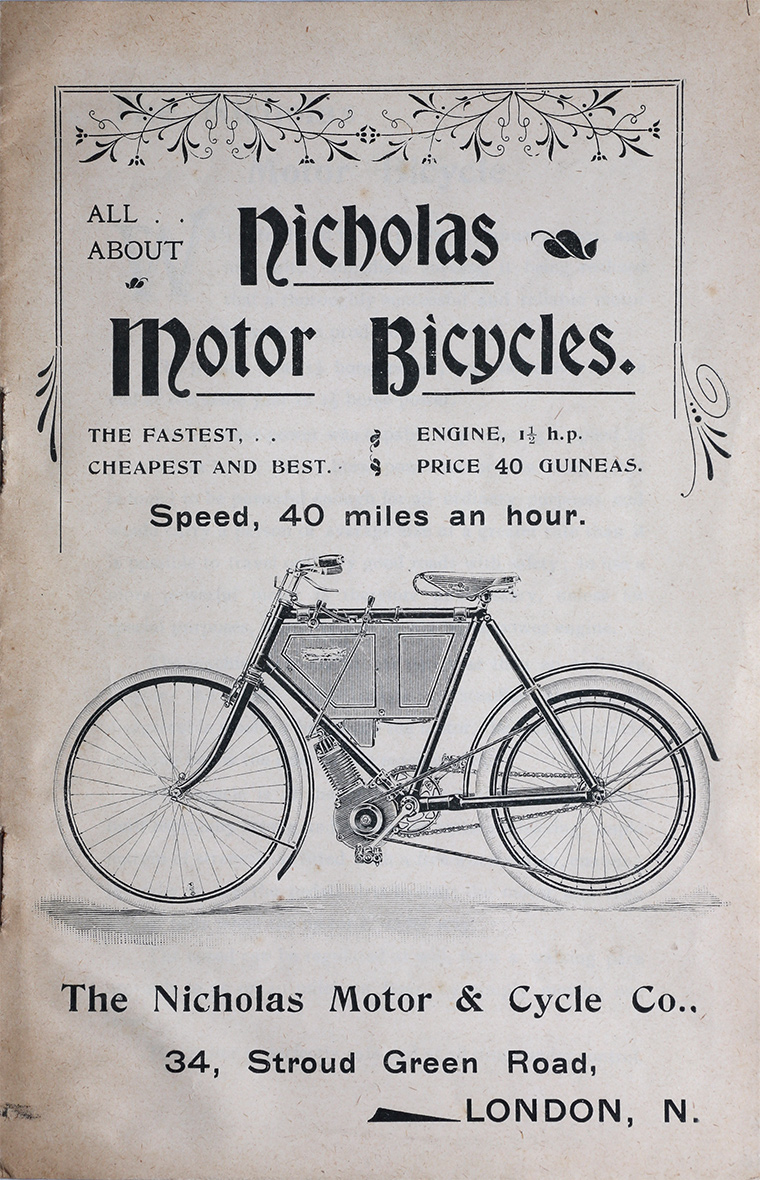 Nicholas was a motorcycle produced before World War I. In appearance it is the Minerva

Little information is available on this make. It probably came from a small-scale cycle dealer who used proprietary engines in cycle parts that were typical of the era. The most likely engine would have been a 1.5 hp MMC.