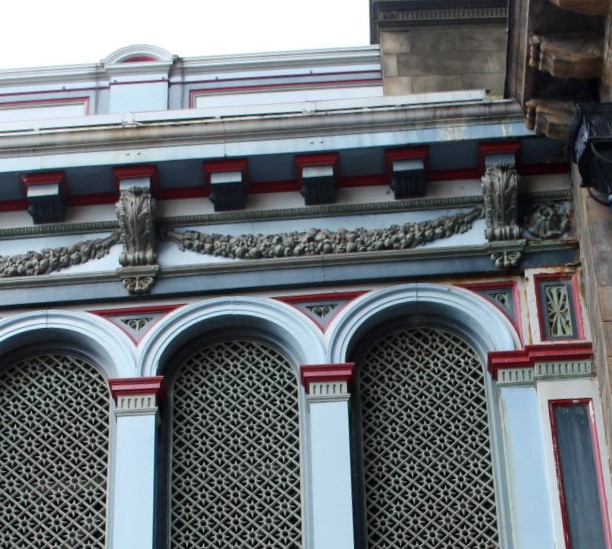 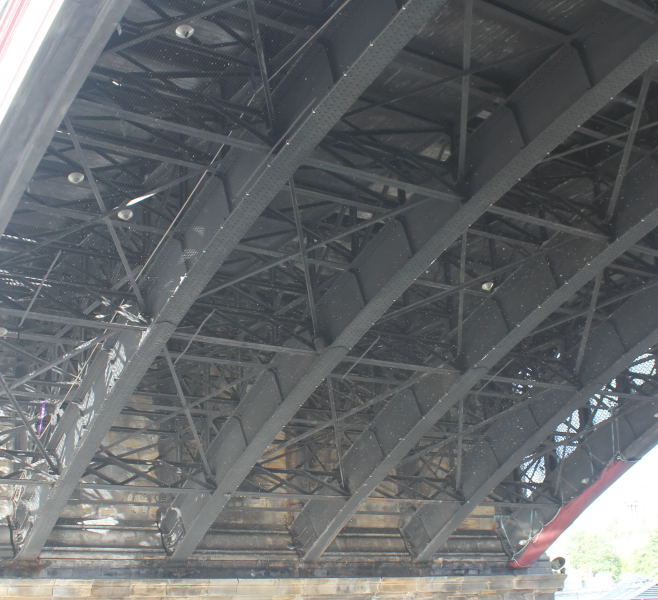 This entry refers to the steel and iron arch bridge which takes the A7 road over Edinburgh Waverley Station.

Built 1894–97 when the station was widened. Replaced a bridge built in the late 18th century to link the Old and New Towns. Three steel segmental arch spans of 175 ft, with outer facades of cast-iron. The engineers were Cunningham, Blyth and Westland of Edinburgh. Steel and ironwork contractor: Sir William Arrol and Co. The masonry subcontractors were William Beattie and Sons.[1]. See also 'The Engineer', 19 January 1895.

The previous masonry bridge was built between 1763 and 1769 to the design of William Mylne. Shortly after completion a vault and side wall collapsed resulting in five deaths. Modifications were undertaken on the advice of John Smeaton, and the work was completed in 1772.[2]

Note: The widening of the station also required the construction of the Waverley Bridge, at the west end of the station, described in 'The Engineer', 9 August 1895.