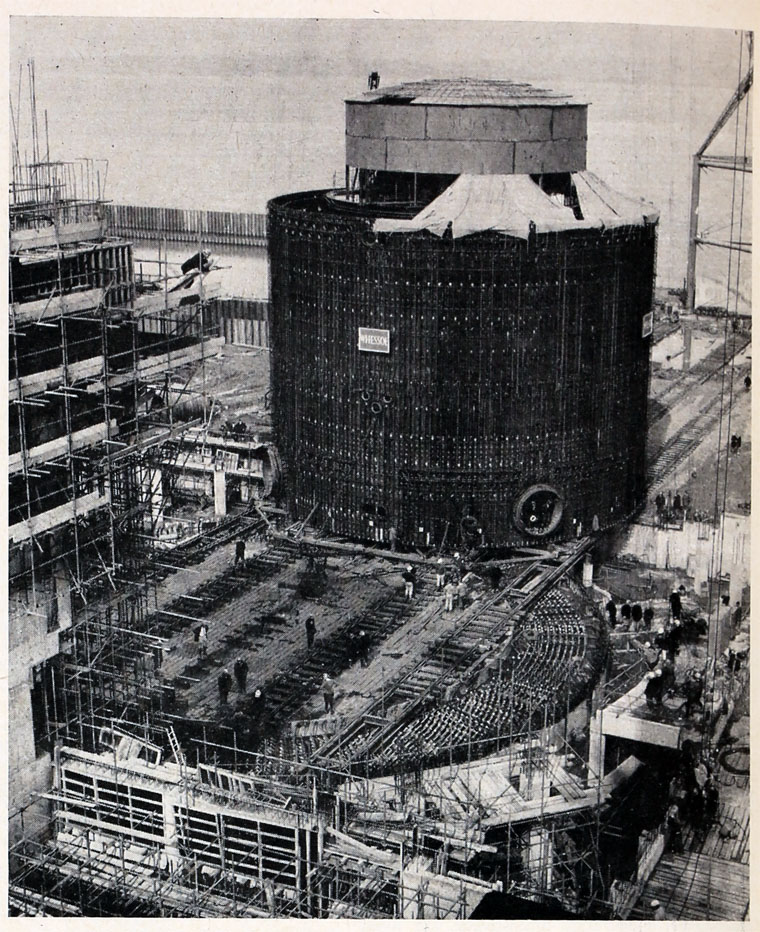 1963. Inner membrane of the boiler shield wall and the support grid being pulled into position over the base of No. 1 reactor pressure vessel. 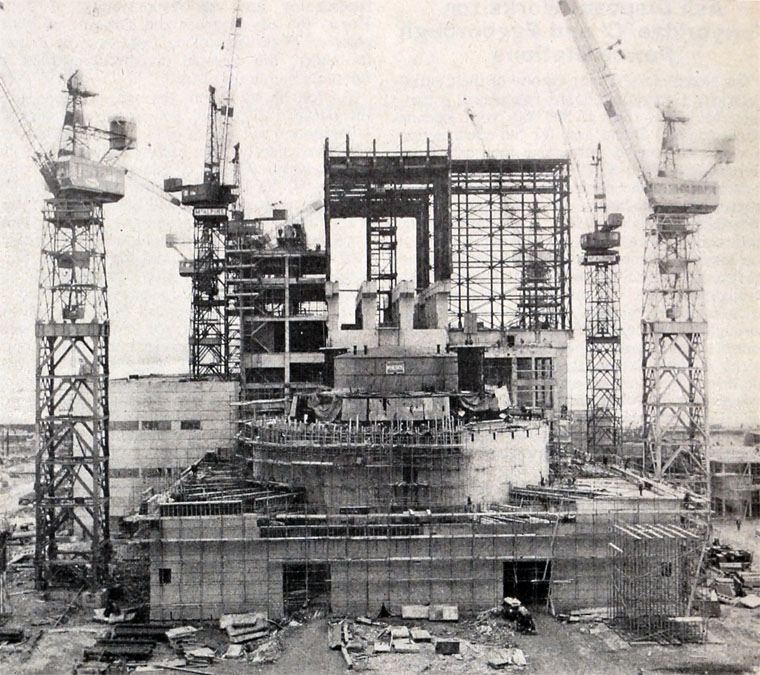 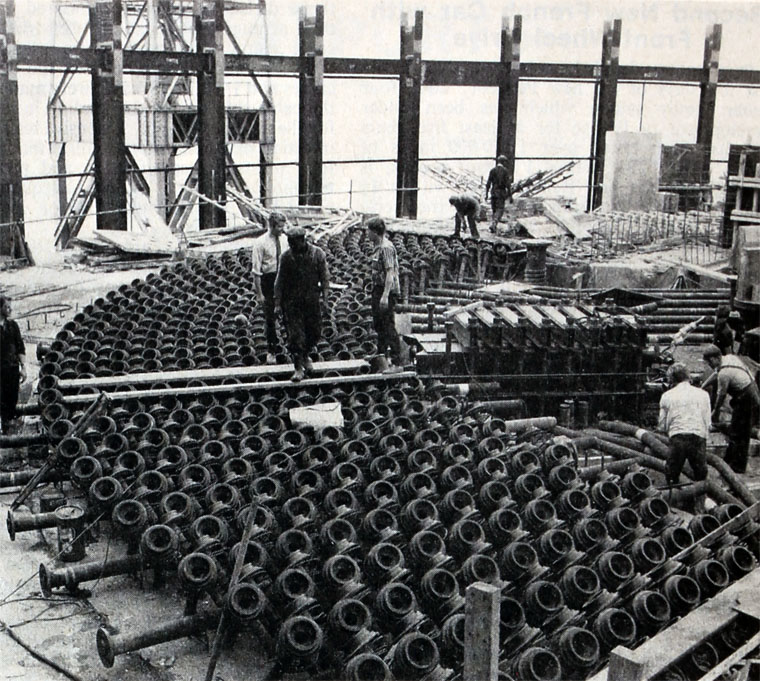 Oldbury nuclear power station is located on a 39 hectare site 15 miles north of Bristol on the south bank of the River Severn in South Gloucestershire. It has two Magnox reactors.

The main turbines were physically large, on account of the relatively low steam conditions and the low operating speed of 1500 rpm. Each unit had an HP turbine and one single flow and one double flow low pressure turbine, whose rotor diameter over the last stage blade tips was 16 ft. The double flow low pressure rotors weighed 98 tons. Moisture Separator Reheaters (MSRs) were installed between the HP turbine exhaust and the LP turbine inlet in order to minimise the exhaust steam wetness. Despite this, there were concerns from the outset that the last stage LP blades would suffer from excessive erosion. In fact the initial rate of blade erosion was worrying, but this settled down, to the extent that the original blades remained in service to the end of operation, which entailed more than 300,000 running hours.

Early in the life of the station, it was found necessary to limit the reactor output, resulting in appreciable downrating.

By the 1990s, studies showed that the output could be increased in a cost-effective way by installing new higher efficiency HP turbines to replace the originals. This was carried out during normal statutory outages by GEC-Alsthom. The large new HP cylinder castings were produced by Sheffield Forgemasters.