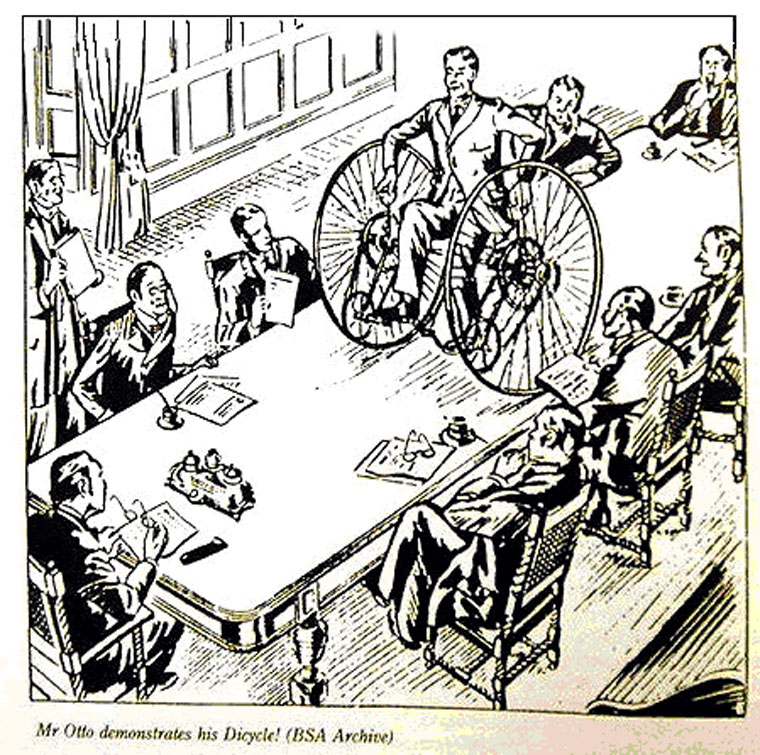 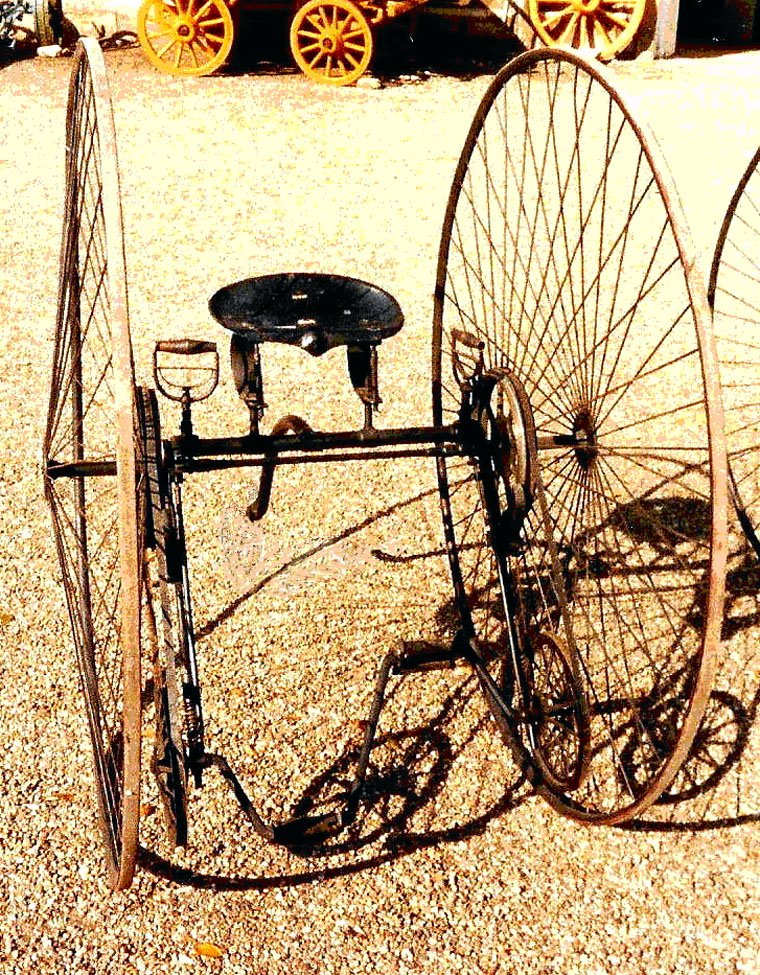 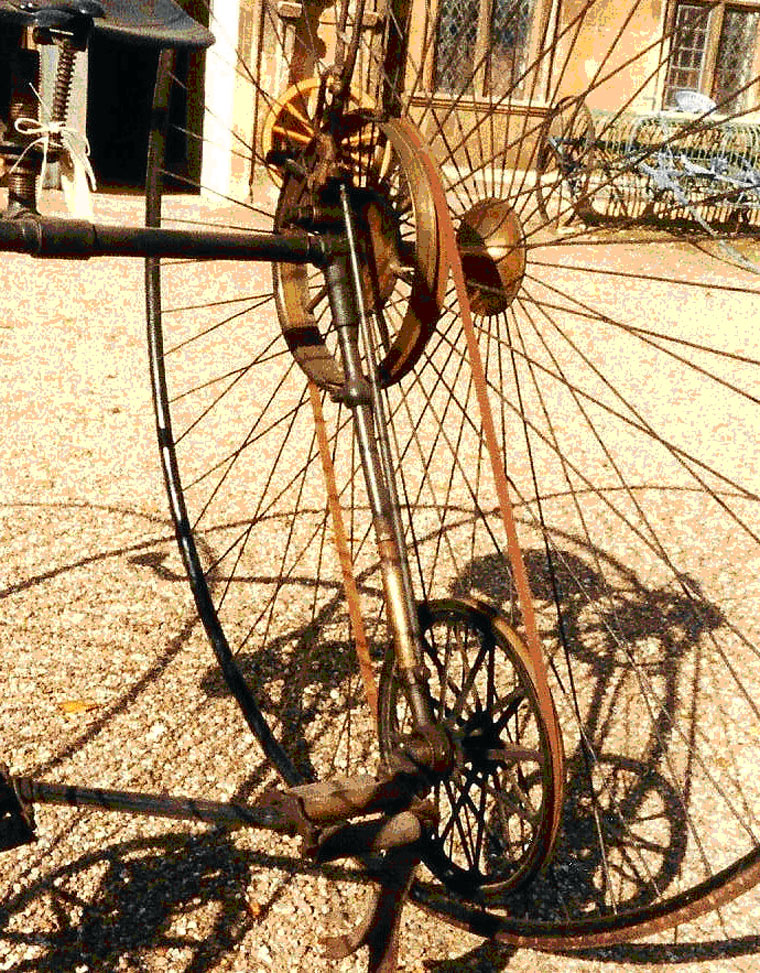 1877 Edward Carl Fredrich Otto patented his design and named it ~ The Otto Bicycle. It had two large wheels on either side of the rider, as a safer alternative to the "ordinary".[2]

1880 BSA began to produce Otto Bicycles and made almost 1000 before ceasing manufacture. The 'Bicycle' was retailed by the Otto Bicycle company from their premises at 118 Newgate Street, London and sold for £21 each machine.

1885 Awarded a Silver Medal at the 1885 International Inventions Exhibition for their 'Otto' bicycle.[6]

First-Hand Experience of Riding The Otto - contributed by Tony. P

"My first attempt to ride one of these unusual machines resulted in almost falling flat on my face as sitting on the wide saddle and placing your feet on to the pedals I discovered immediately tipped you forward. Giving this result some thought I re-sat on the saddle and immediately leaned back causing the outrigger to touch the ground behind me. This brought the pedal crank up in front of me, so still leaning back I then ‘gingerly’ placed my feet on the pedals and applied pressure. Low and behold I moved forward and in doing so found that the machine stabilised, and the riding position became upright. Once upright then manoeuvering was controlled by the spade ‘D’ handles on each side.

Resting my hands on the top of the two handles, by turning/twisting them slightly the mechanism in the long steel tube retracted releasing the tension on the drive steel band. So once moving I turned the left handle slightly and found the machine turned to the left, the drive being then only to the right side. Turning the left back I then turned slightly the right handle and the machine turned right. The brake was actuated by the fingers pulling up a thin lever situated below the handle, clearly visible on the photo (at right)."