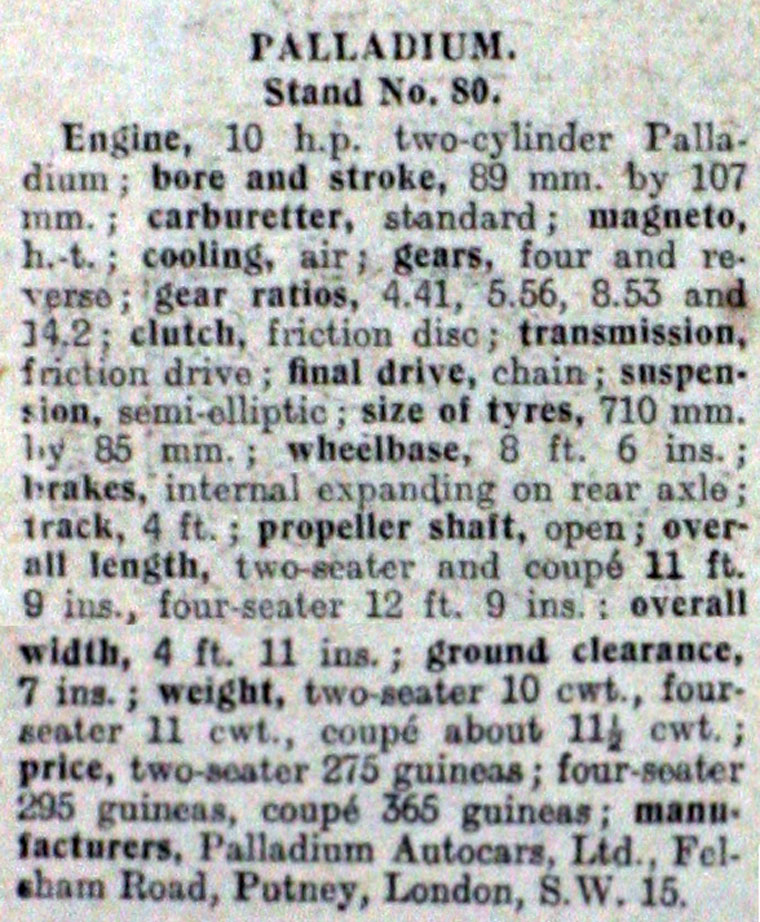 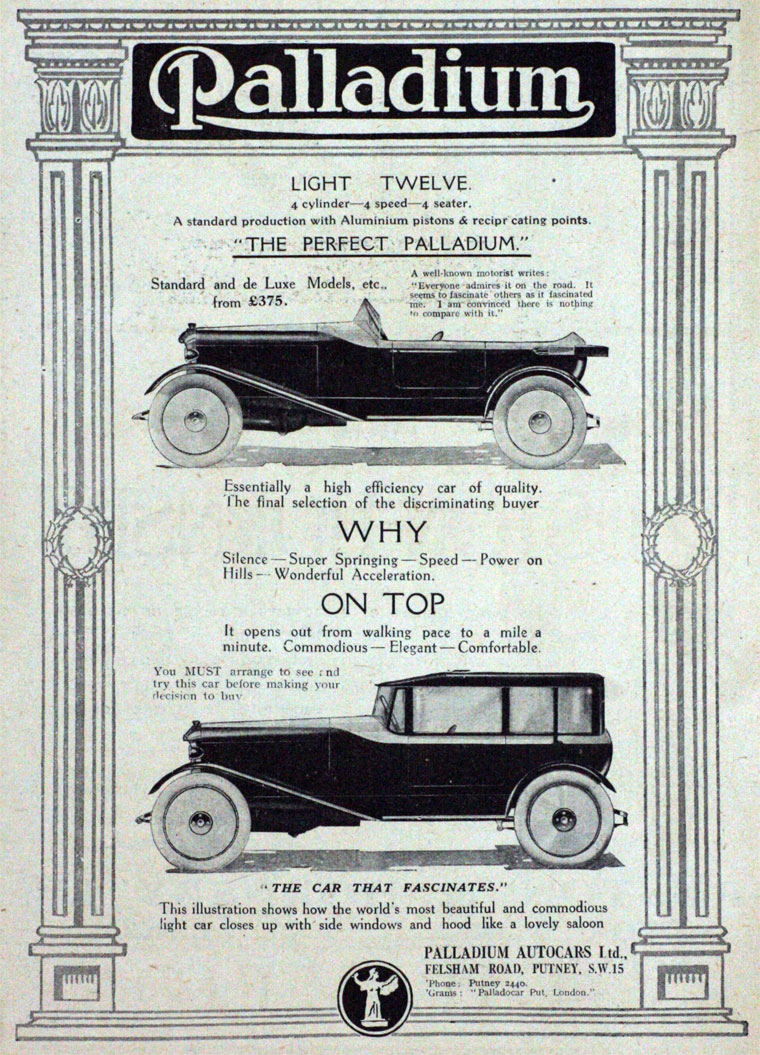 Palladium of Felsham Road, Putney, London and of Euston Road was originally a car maker.

1913 April. Details of the 12hp car with Chapuis-Dornier engine and three-speeds. Sold by Motor Exchange[2]

1913 Palladium began making commercial vehicles in West London where they had premises.

1913-1917 For a list of the models and prices for Palladium Autocars see the 1917 Red Book. These were Anglo-French manufacture.

They built a Dorman engined 3-4 ton chassis. This was developed and many were bodied as buses.

A couple of Palladiums were bodied as double-deckers.