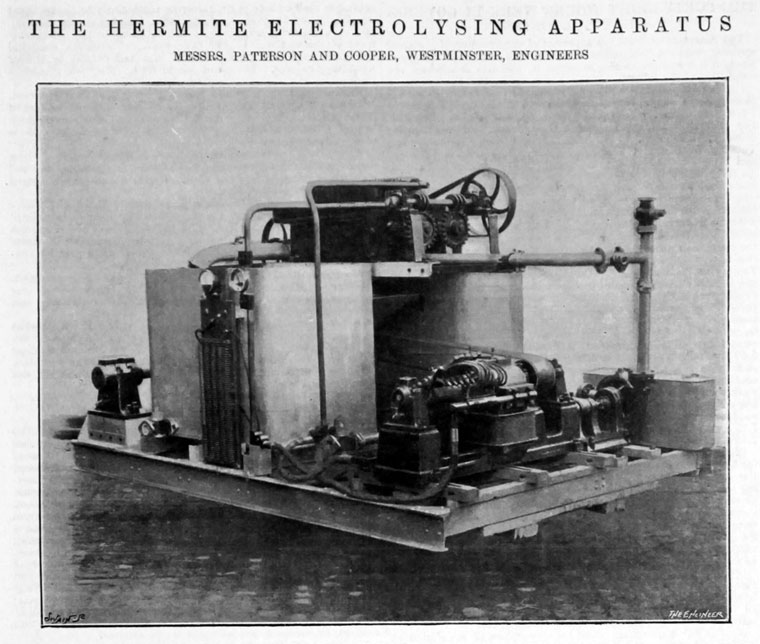 Paterson and Cooper of Westminster, Electrical Engineers and Contractors.

The dynamo department made Elphinstone-Vincent, Maxim-Weston, Lumley and other early designs of generators and motors.

1883 Dynamo shown by Paterson and Cooper at the 1883 Royal Aquarium Electric Exhibition.[1]

Made the first (Gower Bell) telephones for the Post Office, and the first ammeter, the invention of Ayrton and Perry.

1885 Exhibited the Phoenix dynamo, in a wide range of sizes, as well as other electrical instruments; also showed Phoenix arc lamps[2]

1889 Exhibited parts demonstrating the process of manufacture of armatures as well as some switches and measuring instruments.

1897 Payment of dividend under the Court of Bankruptcy by Edward James Paterson of 125, Queen's-road, Finsbury Park, in the county of London, carrying on business with Charles Friend Cooper as Paterson and Cooper, at the European Works, Pownall-road, Dalston, in the county of London, and at 3, Princes- mansions, Victoria-street, in the city of Westminster, and 137, West Regent-street, Glasgow, Lanarkshire, Scotland.[4]

1901 Patent on a Thermo-Electric Element by E. Hermite and C. F. Cooper

Succeeded by Foxcroft and Duncan of Dalston.