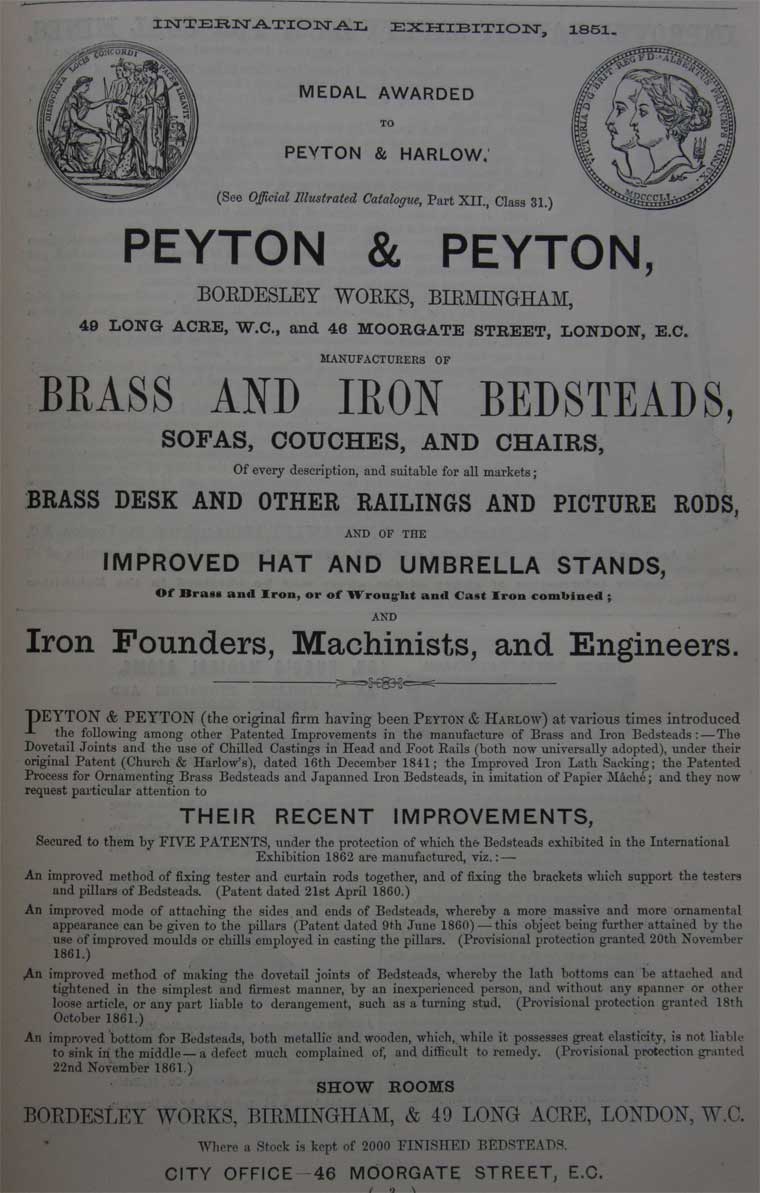 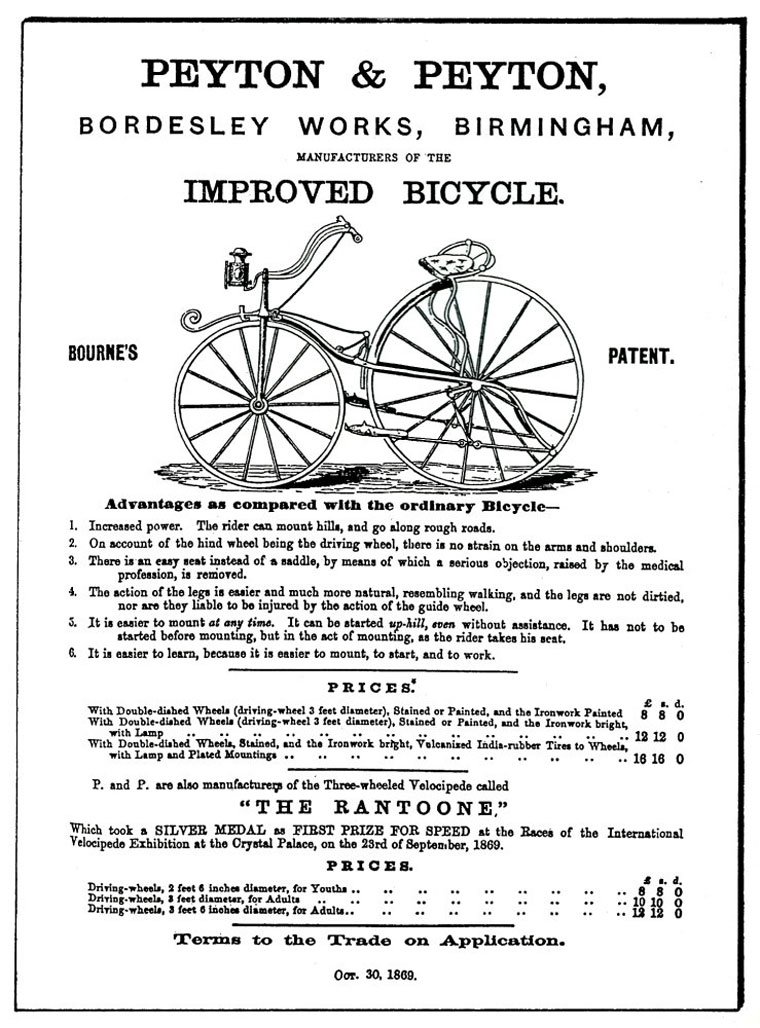 Peyton and Peyton of the Bordesley Works, Birmingham were early producers of bicycles as well as brass and iron bedsteads and other metallic furnishings.

1841 Patent of Church and Harlow concerning manufacture of joints for metal bedsteads.

1850 Patent to Edward and Henry Peyton of Bordesley for bedstead design[2].

1862 Exhibited metallic bedsteads at the Great Exhibition as Peyton and Peyton[5].

1863 Mr Edward Peyton was a member of the committee of the newly formed Patent File Co Ltd on offering of shares; address of company: 27 Moorgate St, London and 20(?) Waterloo St, Birmingham[6].

1864 The "Rantoone" tricycle made by Peyton and Peyton used a system whereby "The rider drives the machine by hand and foot levers, either separately or in combination", as later claimed in the 1876 patent specification of James Likeman and Harry Lawson.

1867 Mr Frank Peyton, of the firm Peyton and Peyton of Bordesley Iron Works, was fined £4 for smoking on the North Eastern Railway[7].

1869 An advert in The Ironmonger of 30 October 1869 shows a two-wheeler of Bourne's Patent with rear-wheel drive by treadles.

1870 Frank Peyton, who had married Hilda Stephenson in 1868 whilst she was under age and without the consent of her mother, after she and her child died before coming of age, he had petitioned the court for his wife's share in her father's estate but his petition failed. He had expected to be made a partner in Peyton and Peyton in 1869 but that had not occurred[8].

1883 Announcement of bankruptcy of Peyton and Peyton, sole partner in Birmingham being Edward Peyton, after 30 years in business[9].

1884 Registration at the Bankruptcy Court of Edward Peyton, a metallic bedstead manufacturer of Queen Victoria St and Holborn Viaduct, also of the Bordesley Iron Works, also of Manchester and Liverpool and elsewhere trading as Peyton and Peyton and under other styles. Application registered for the liquidation of the estate[10]. In another, more detailed report the address was given as Bordesley Works, High Street, Bordesley[11].

1884 Meeting of creditors agreed to accept limited repayment of debts. Edward Peyton was discharged and wished luck in carrying on business[12]. The company was still in business in 1900.