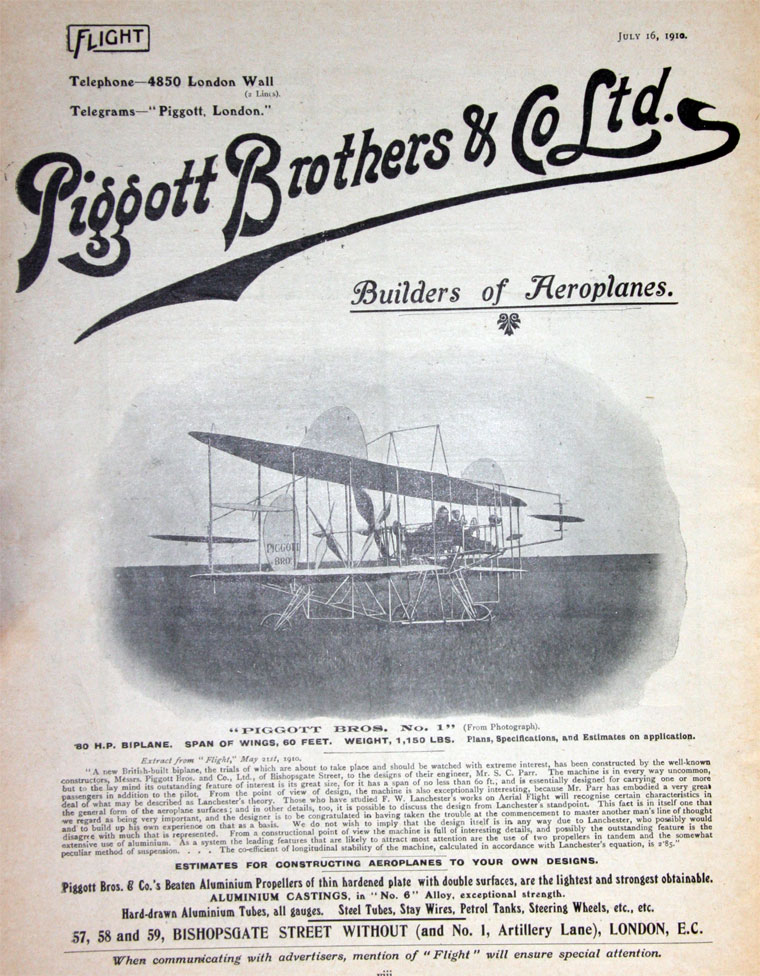 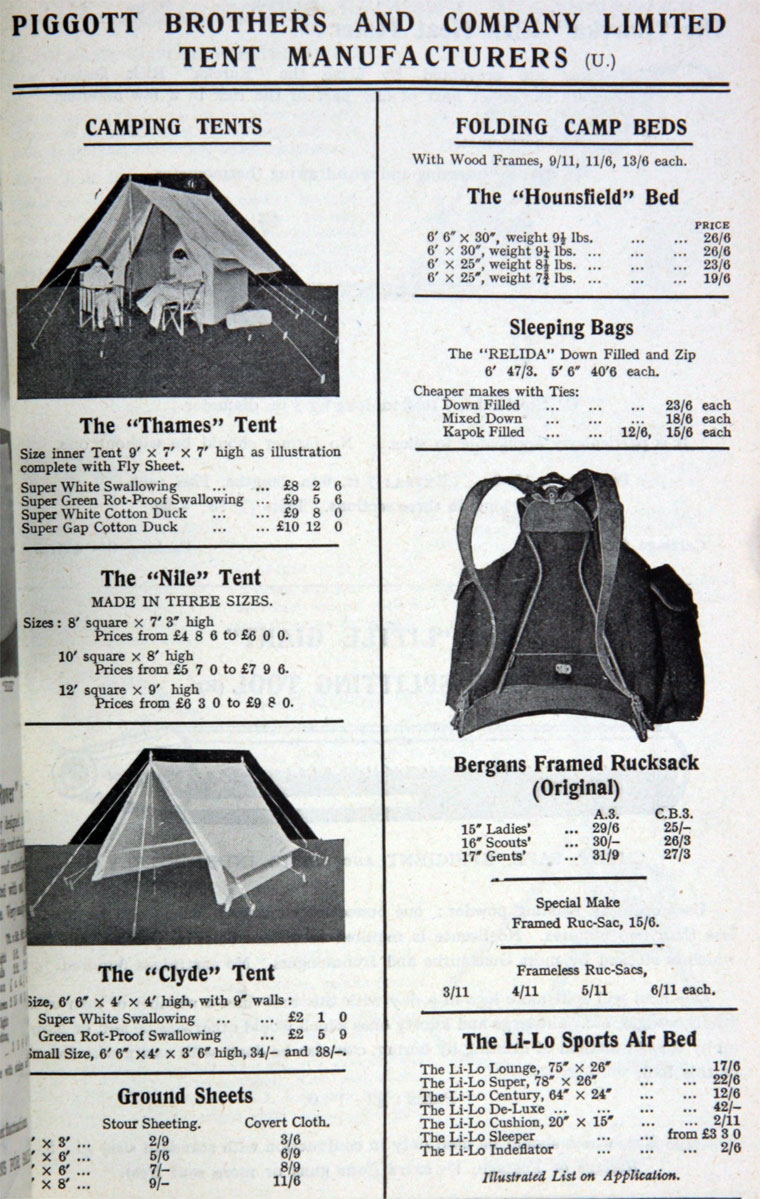 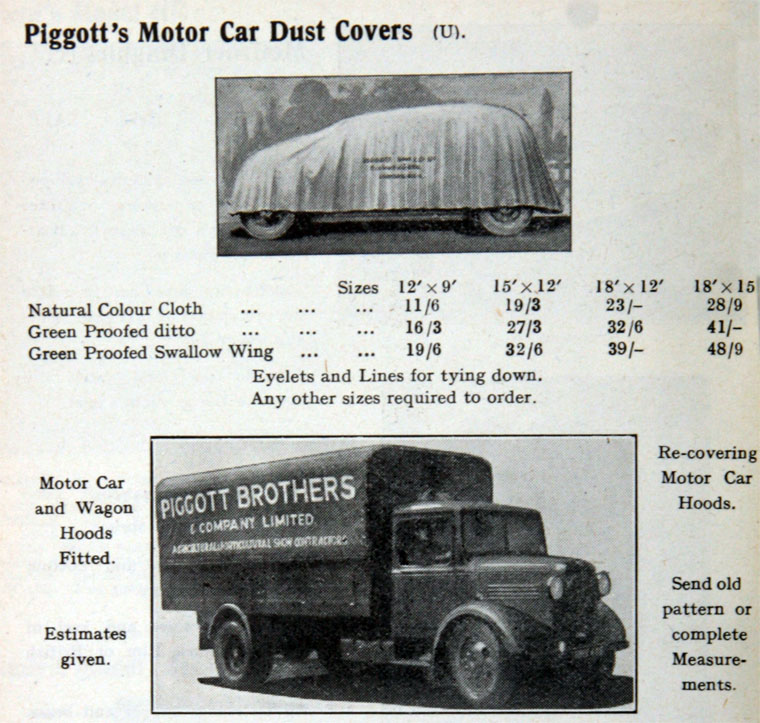 1780 Company founded during the reign of George III. Piggott Brothers started trading in the City of London at No. 10 Old Jewry.

1841 Moved to larger premises in Cripplegate.

1970 Moved to an eleven acre site near Ongar, Essex.

1973 Supplied the Chelsea Flower show with their marquees.

c2000 Became a member of the Crown group of companies and re-established a City office, again in Bishopsgate.