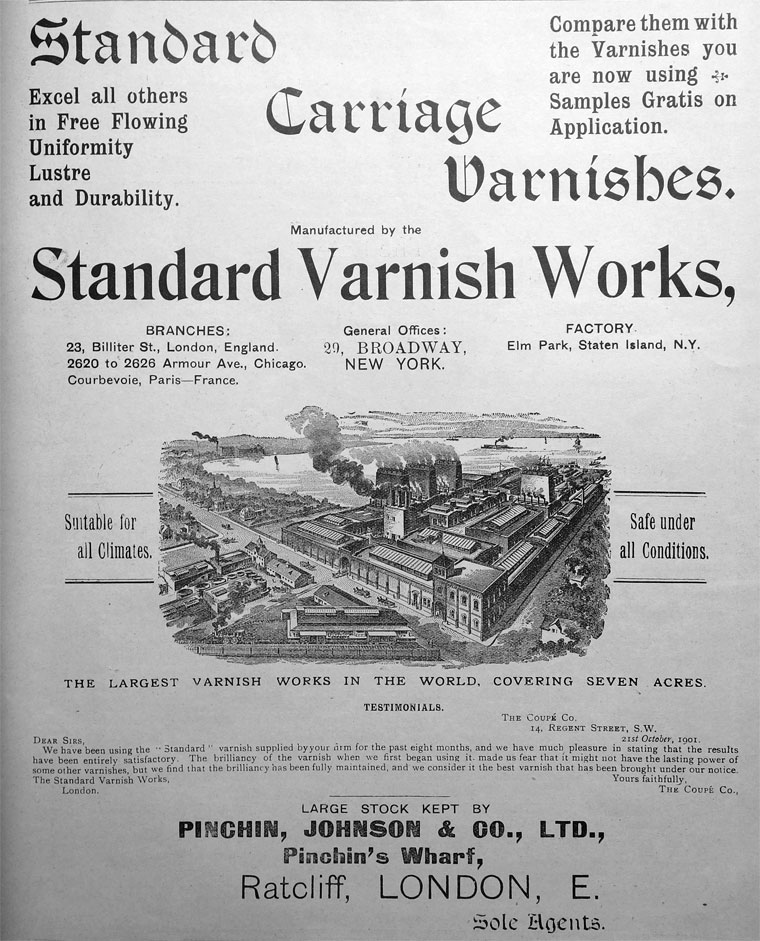 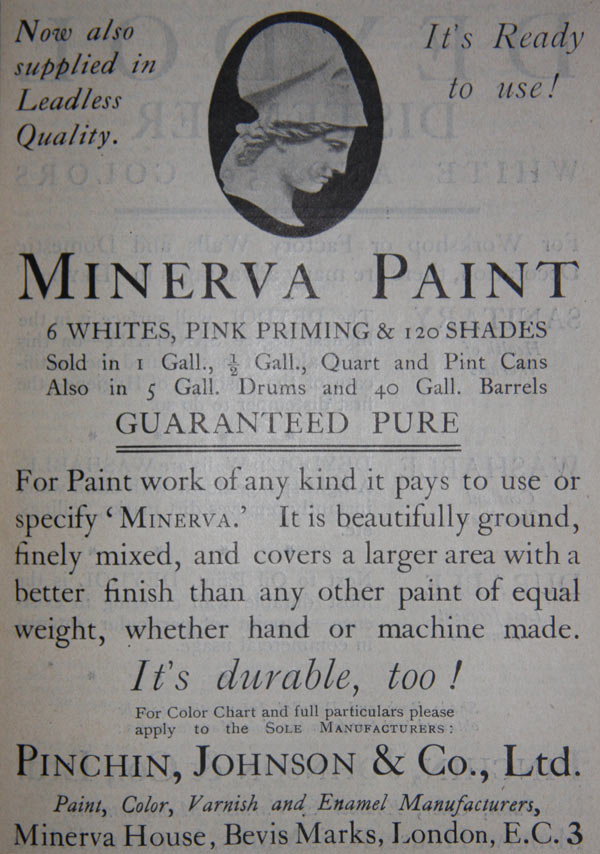 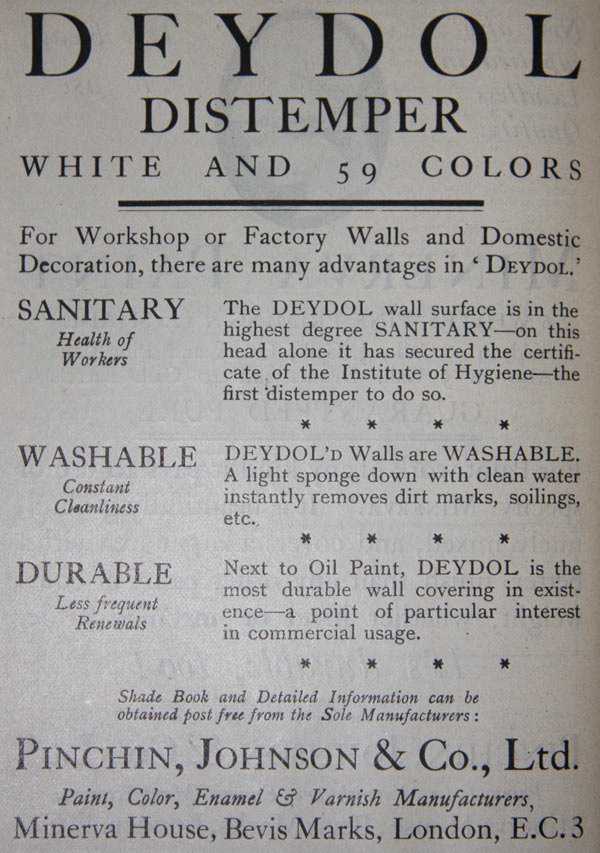 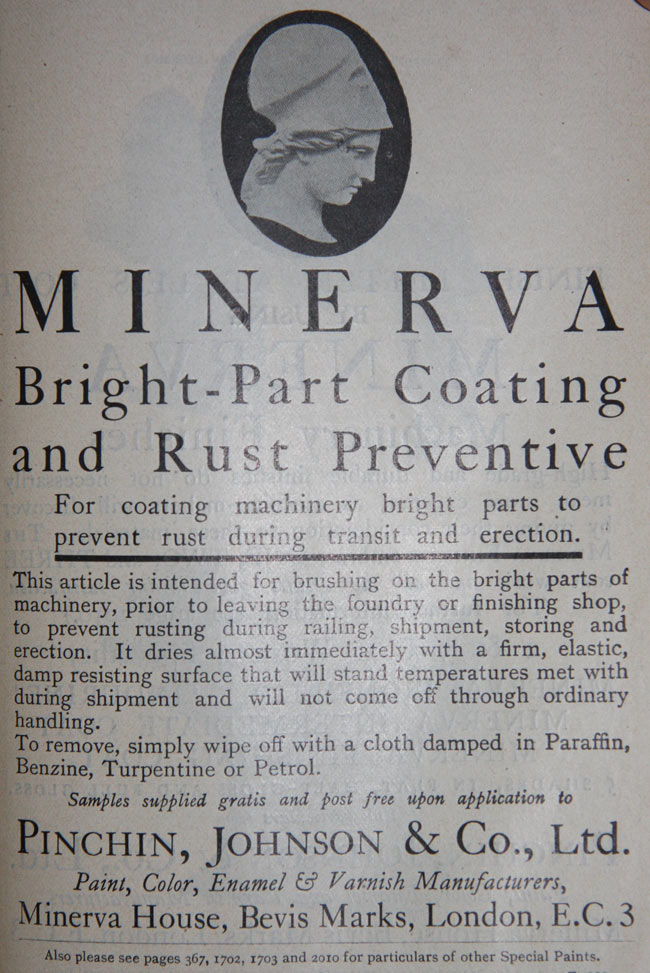 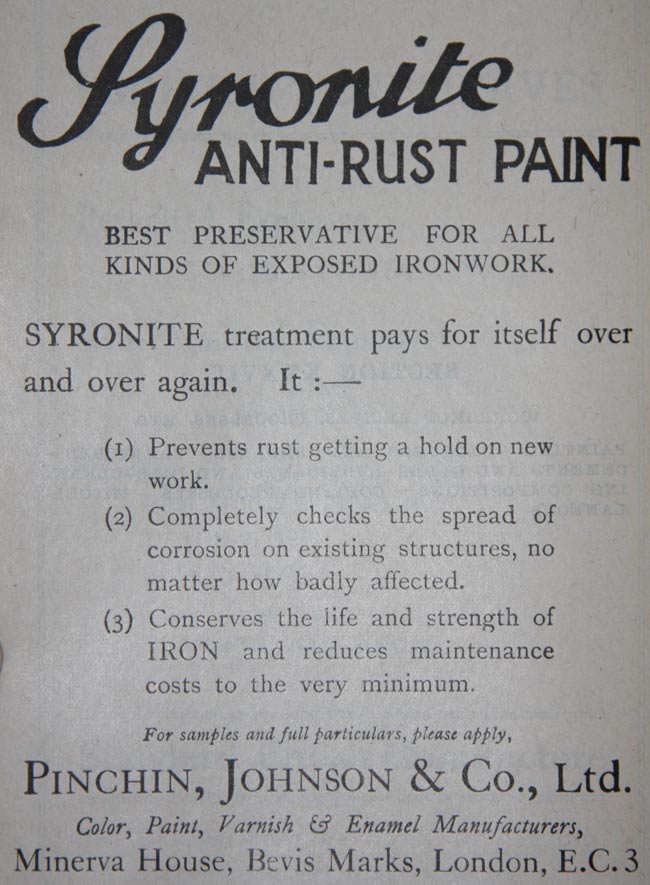 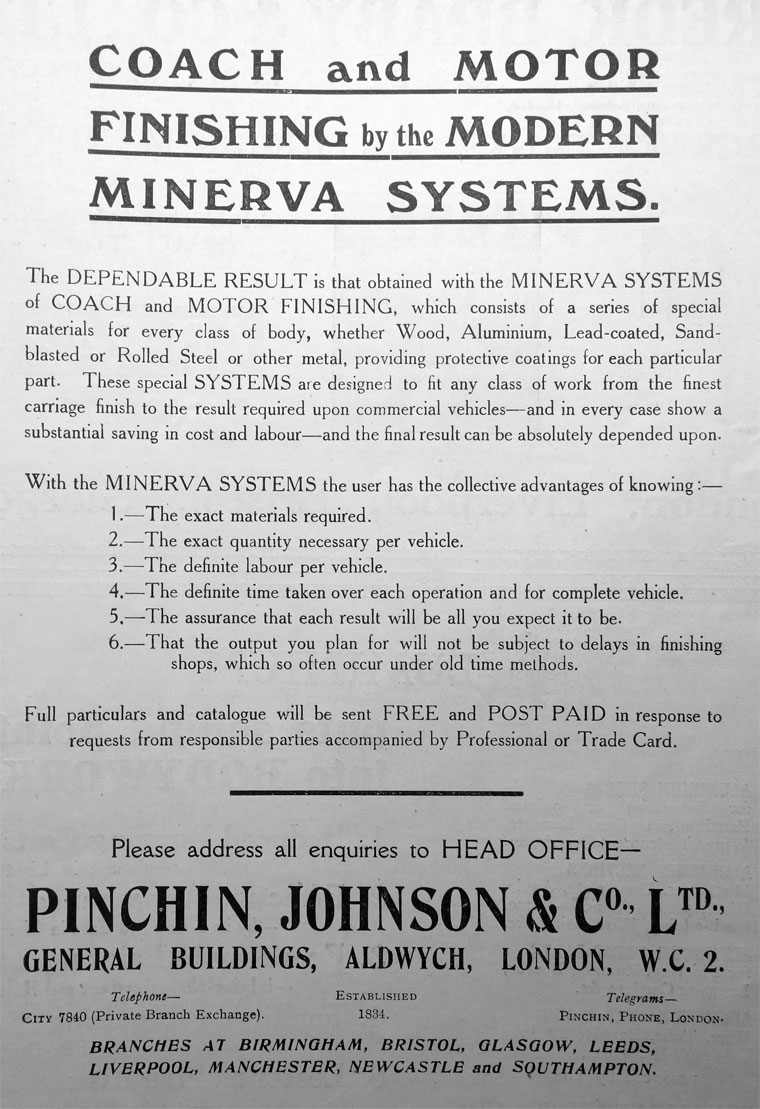 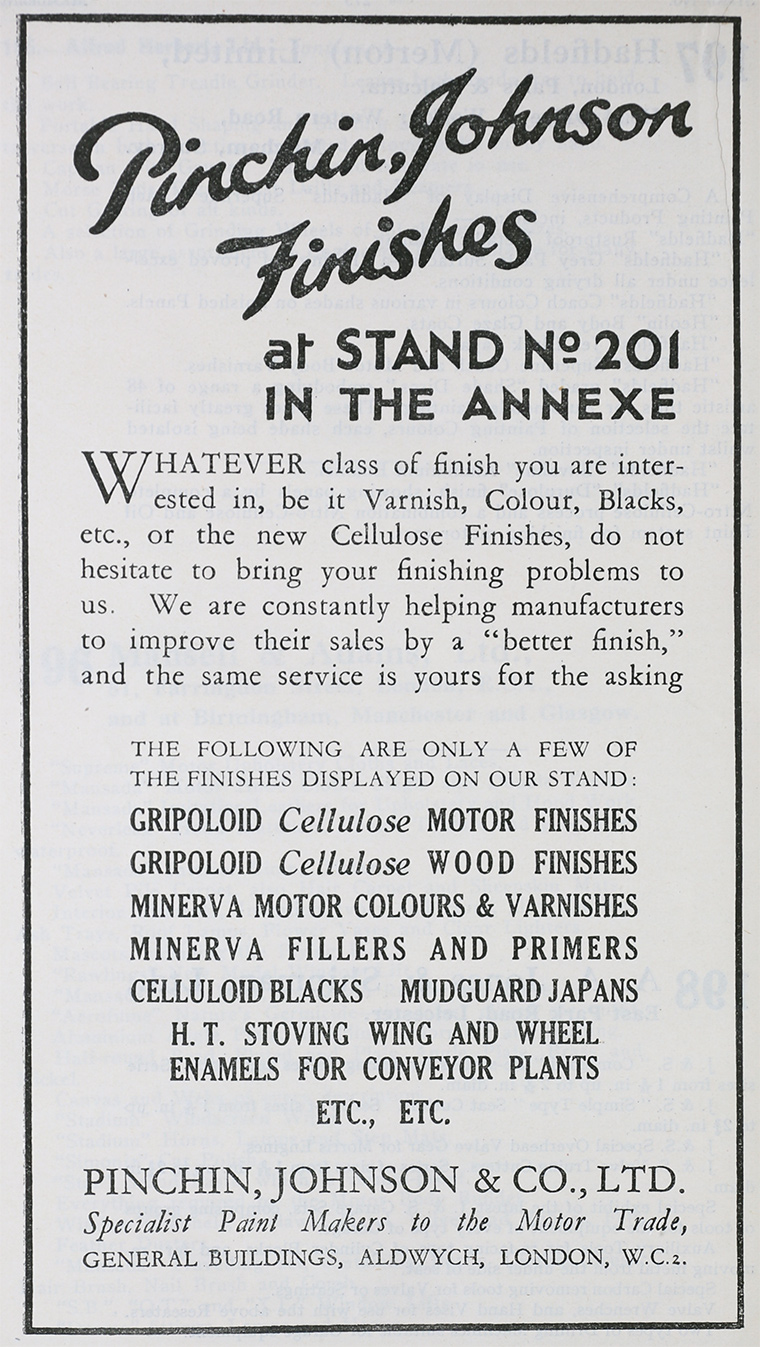 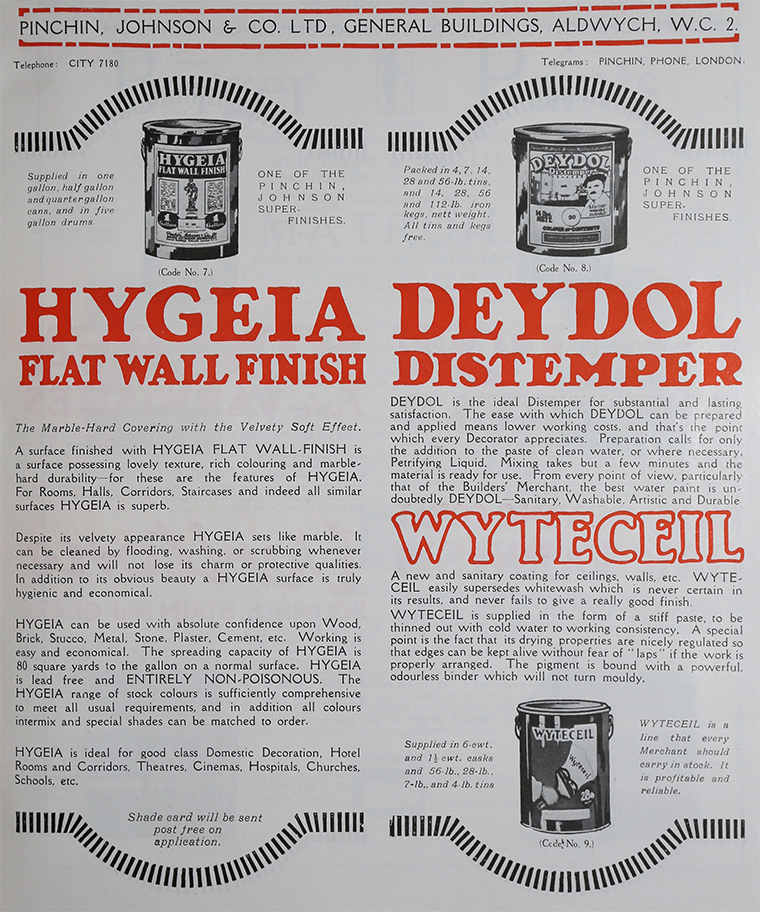 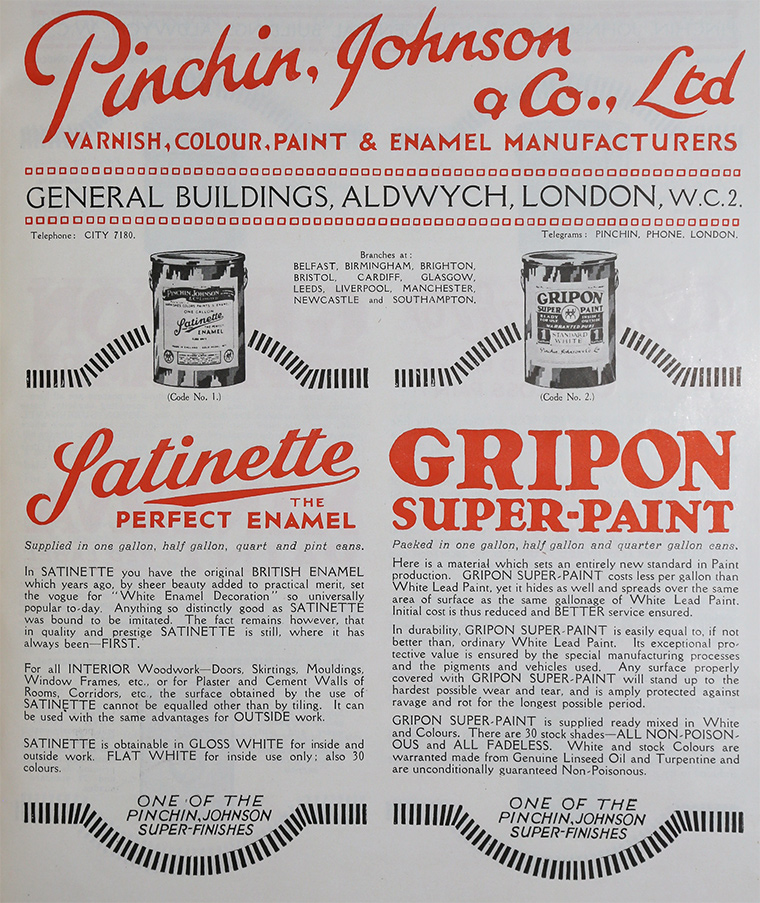 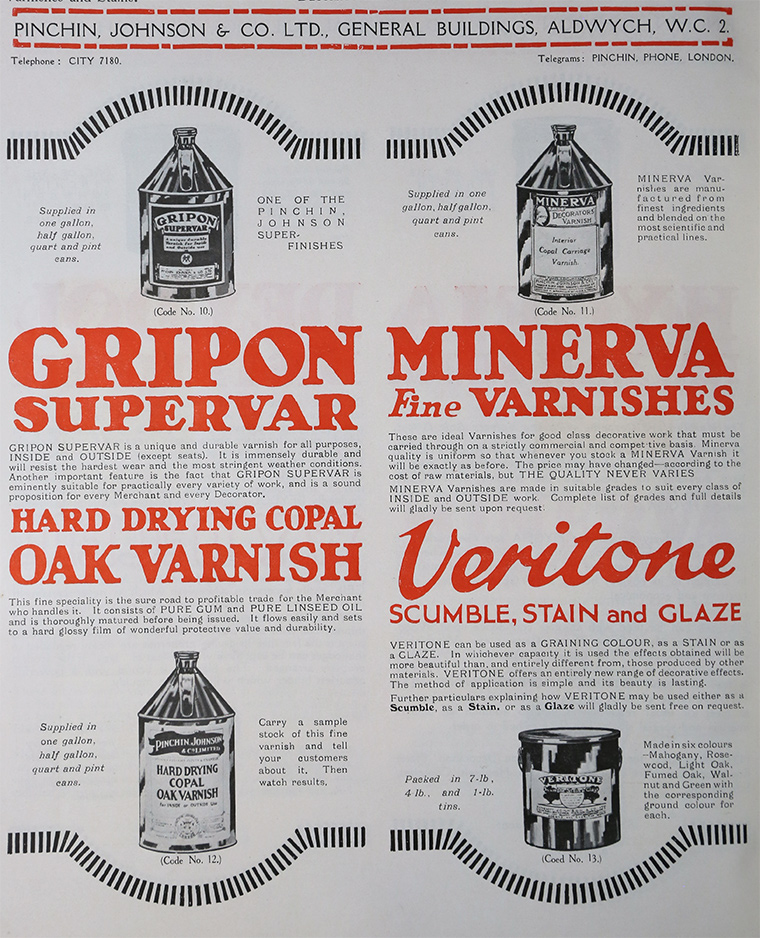 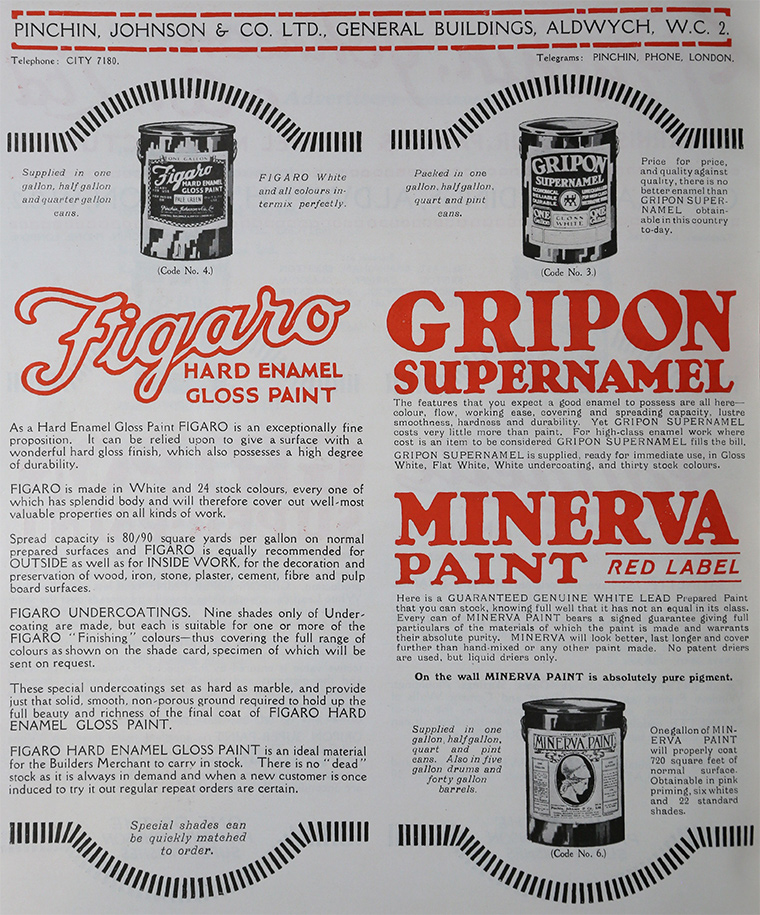 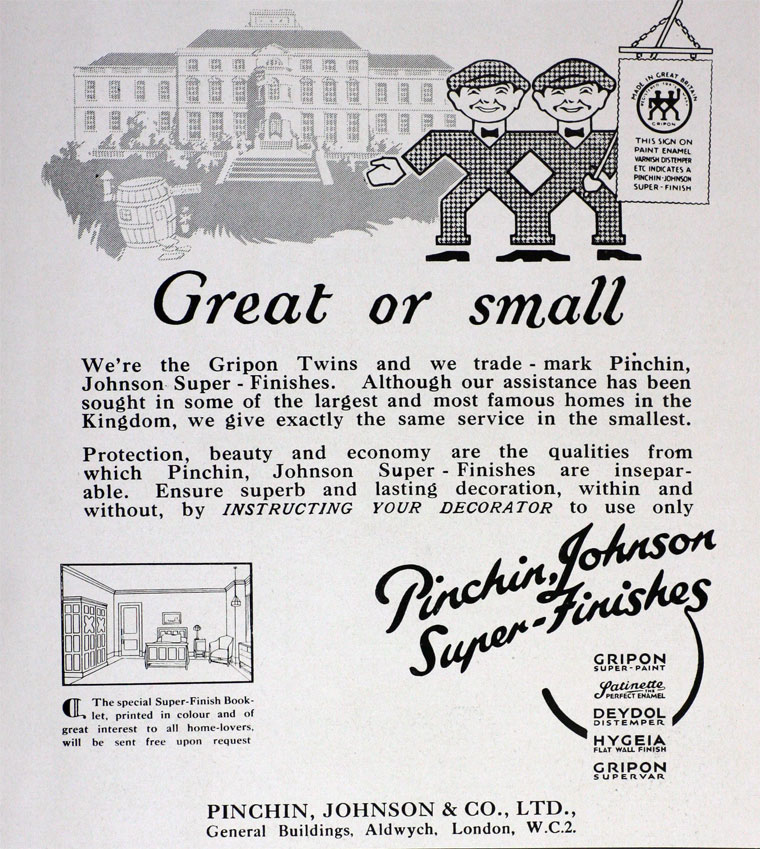 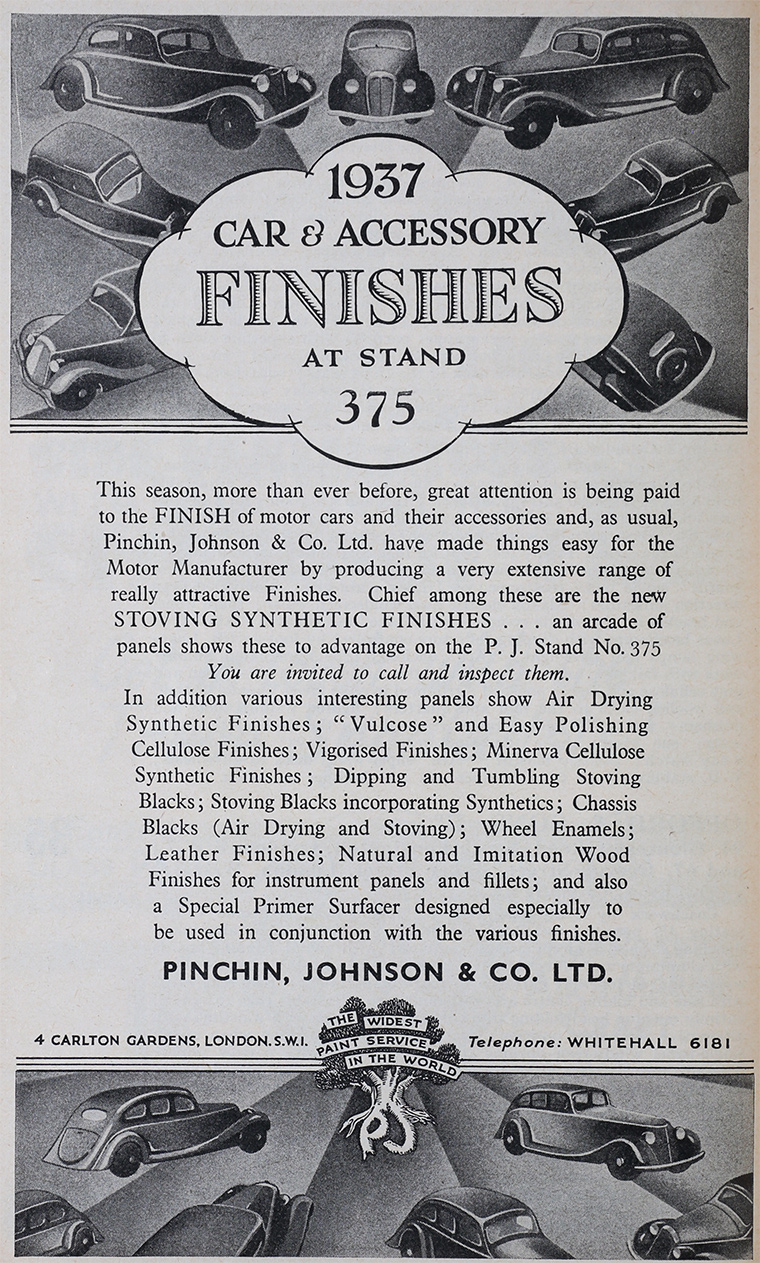 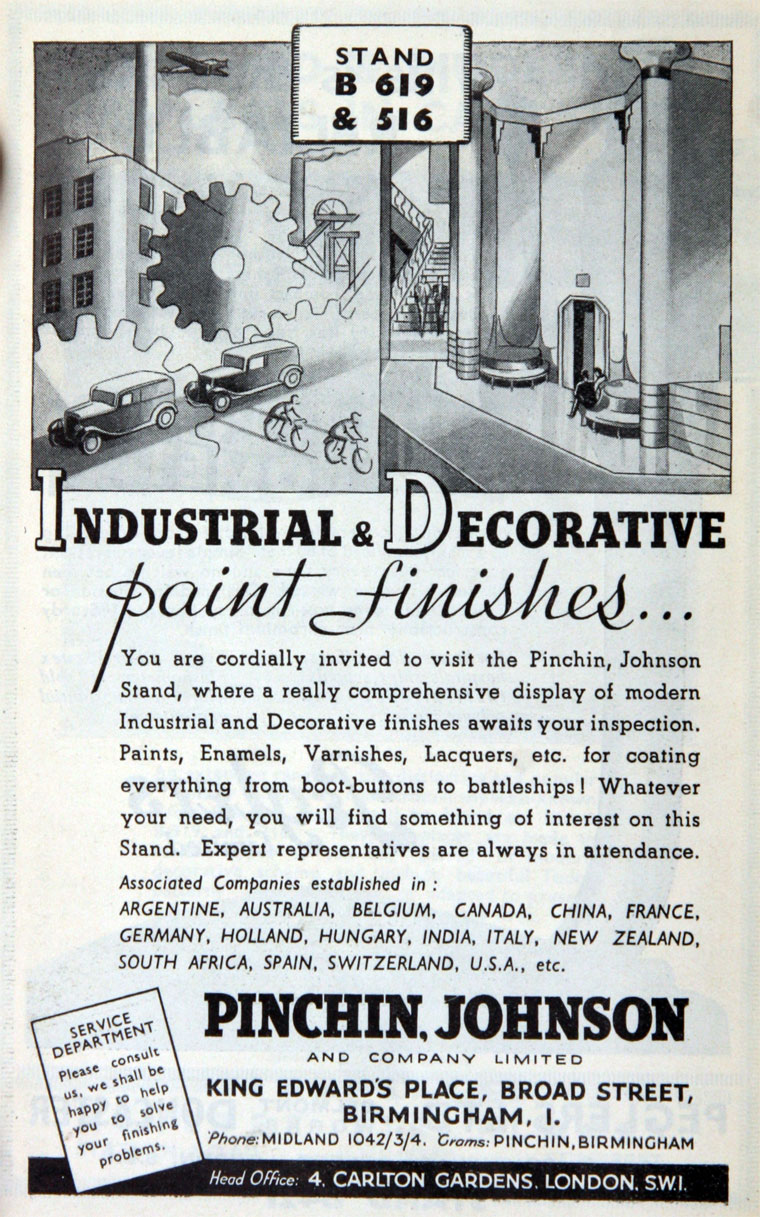 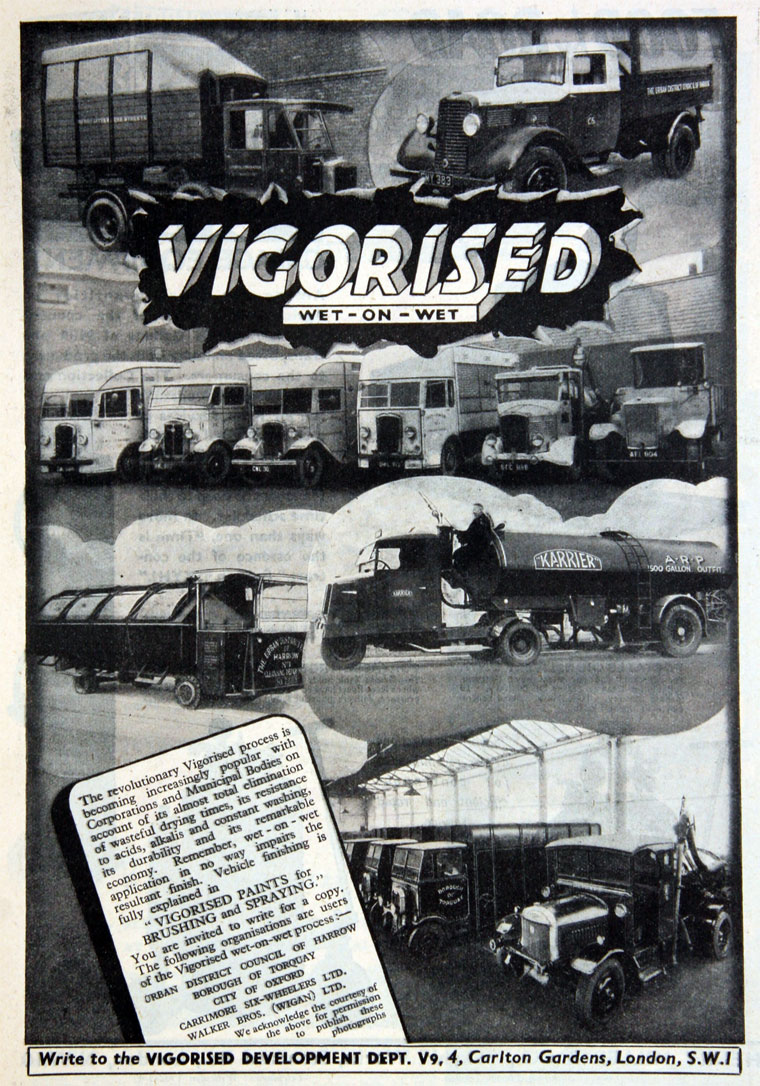 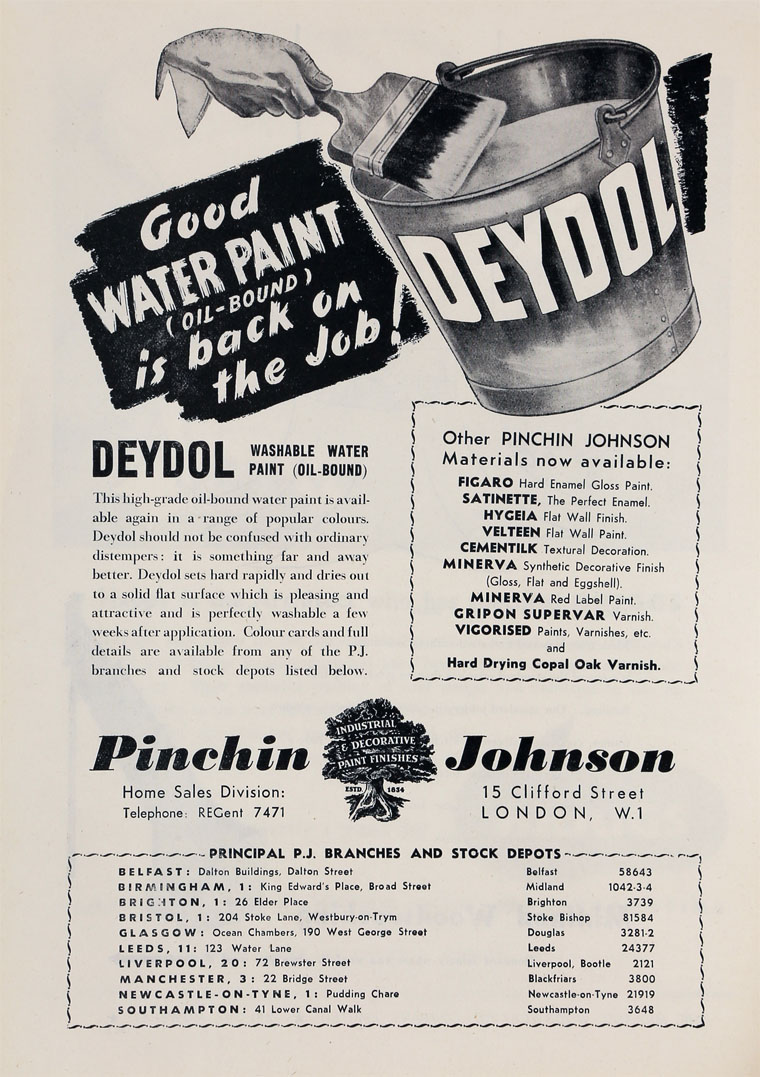 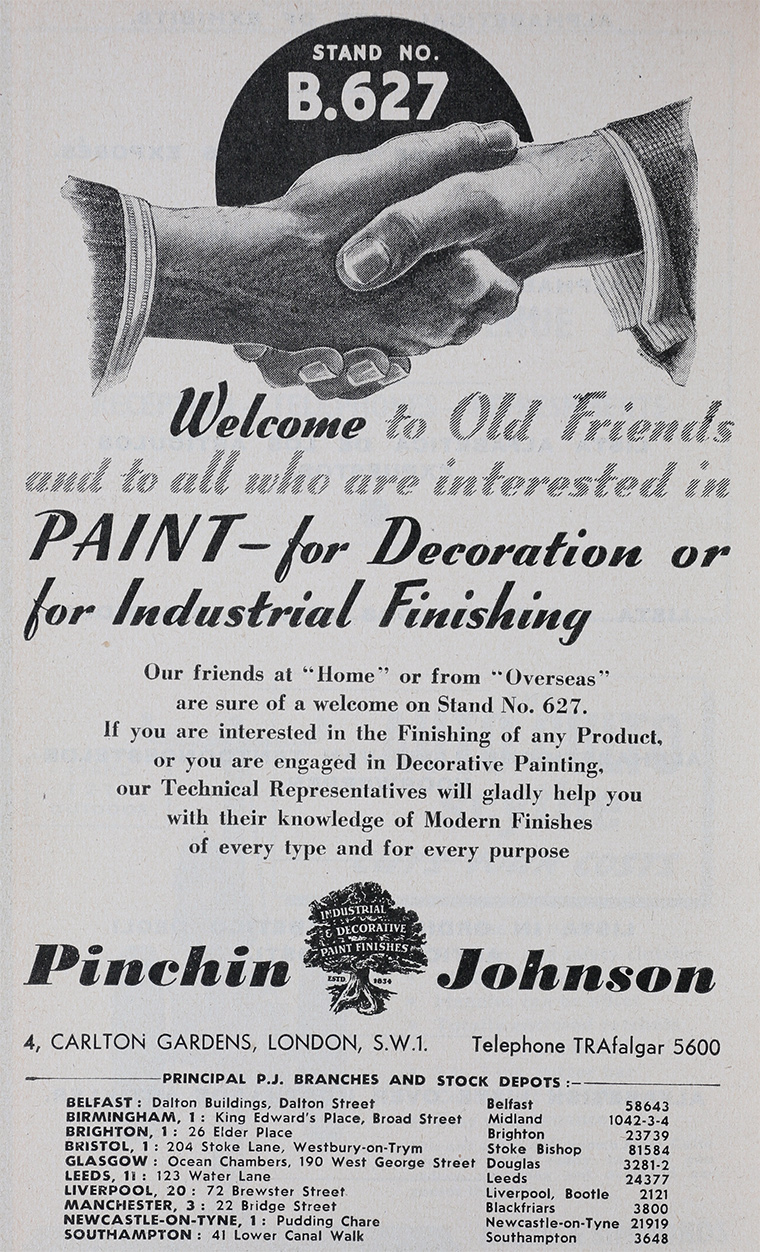 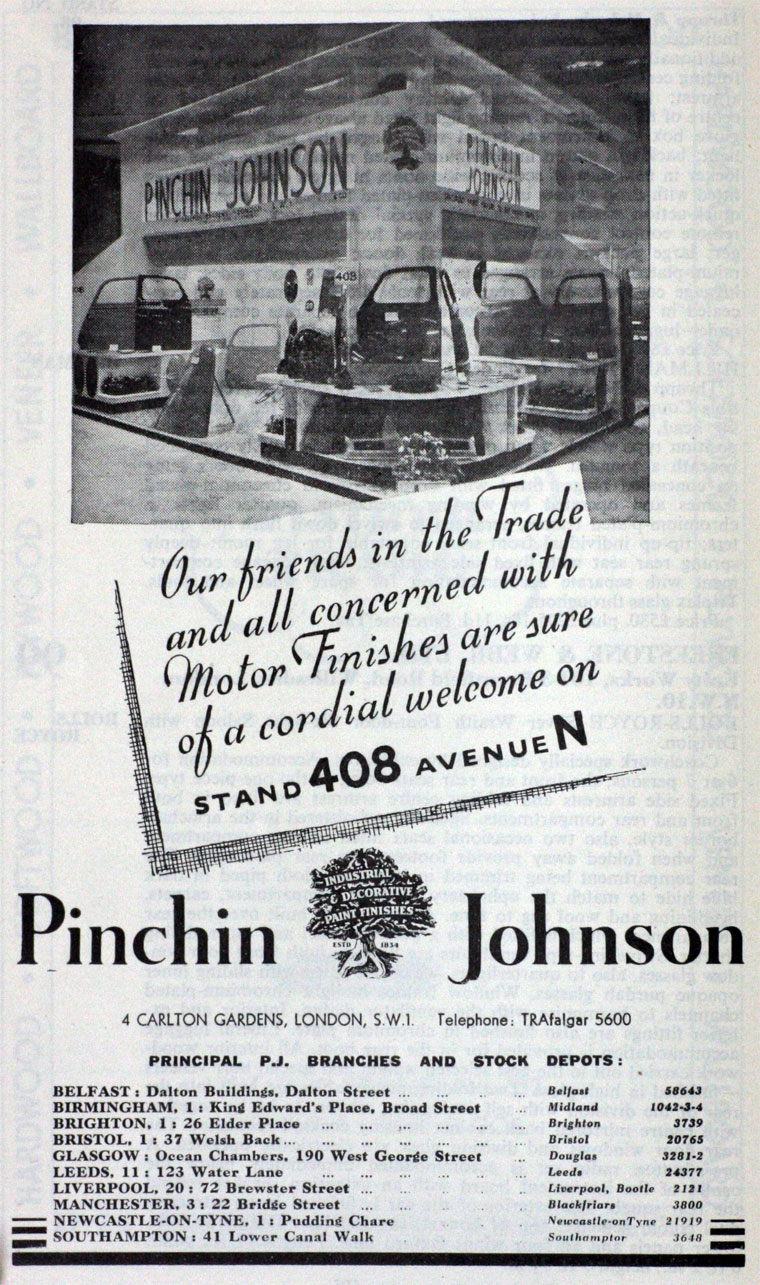 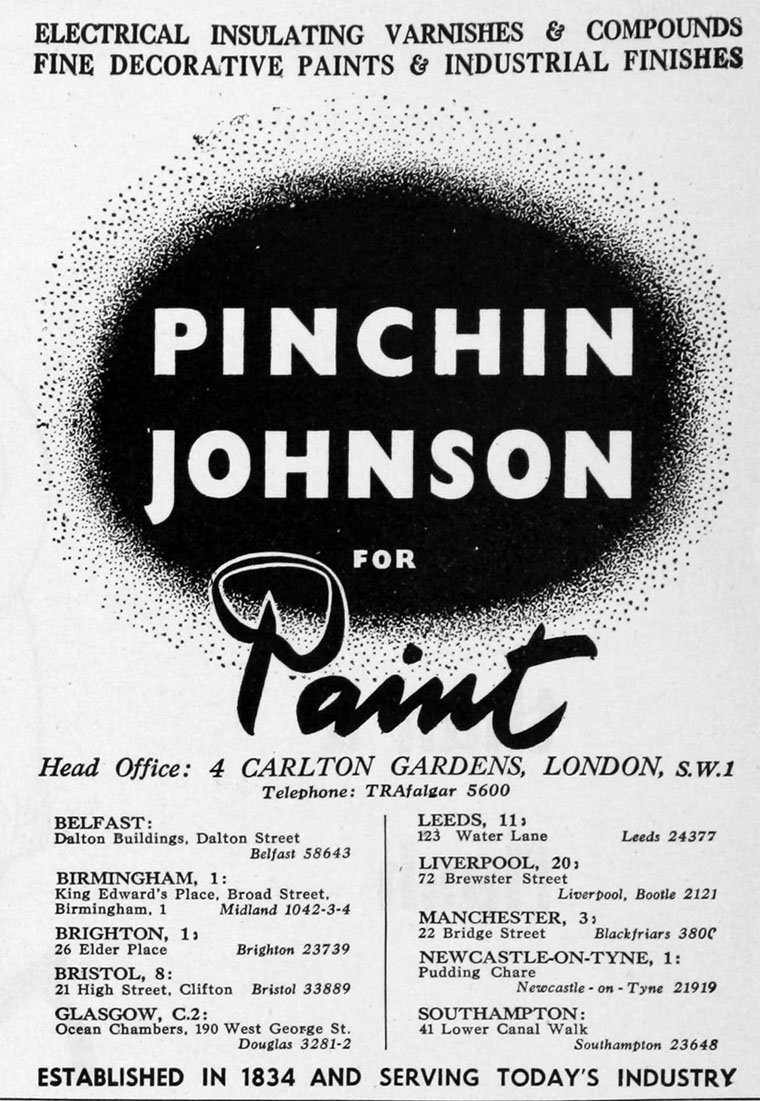 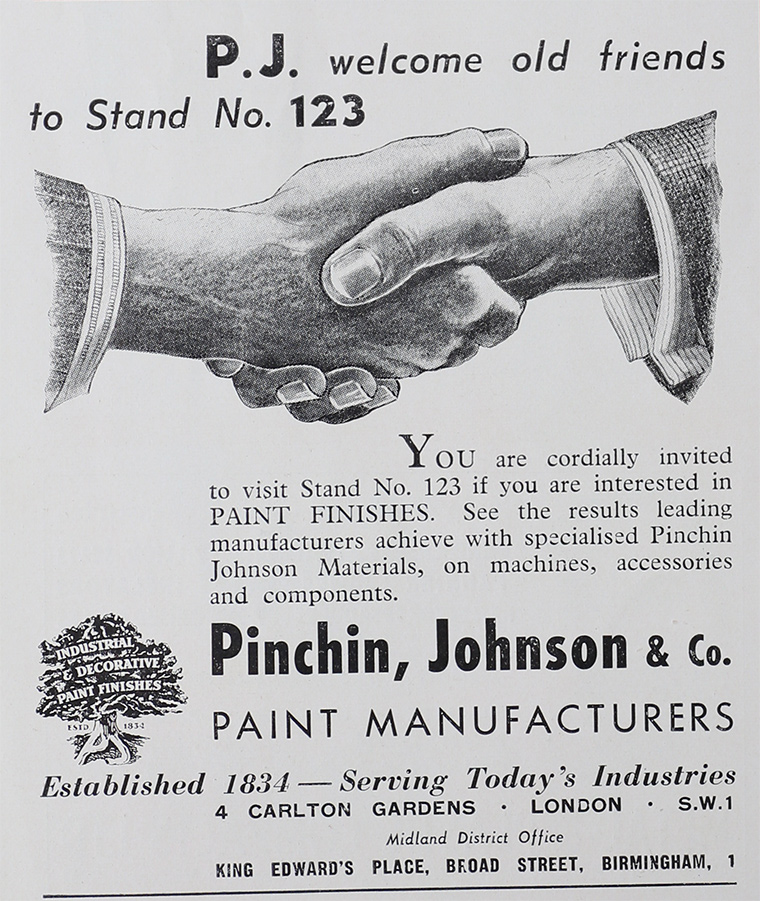 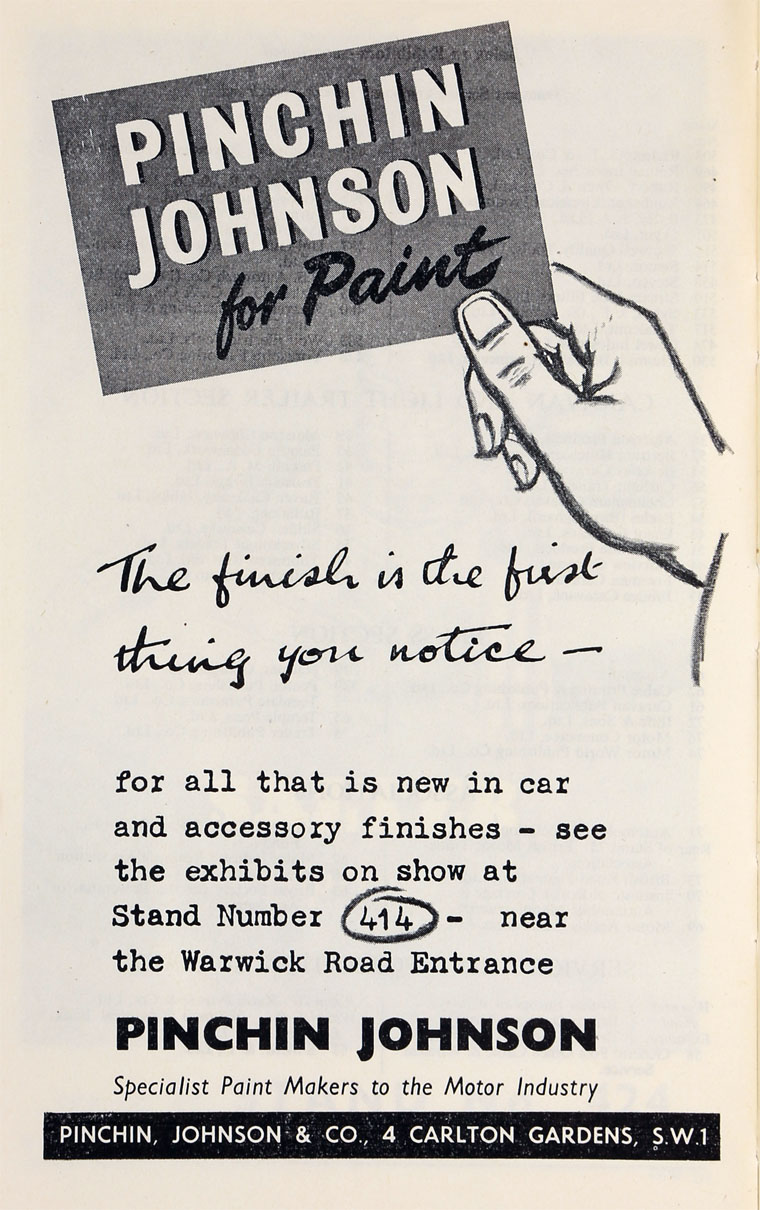 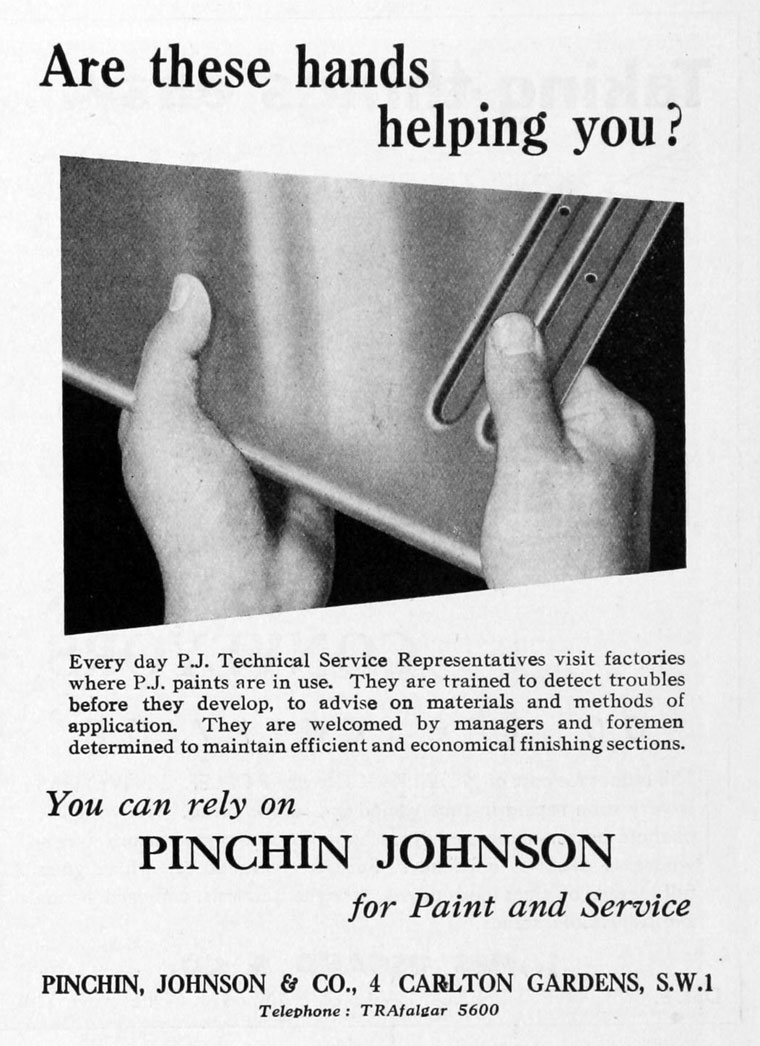 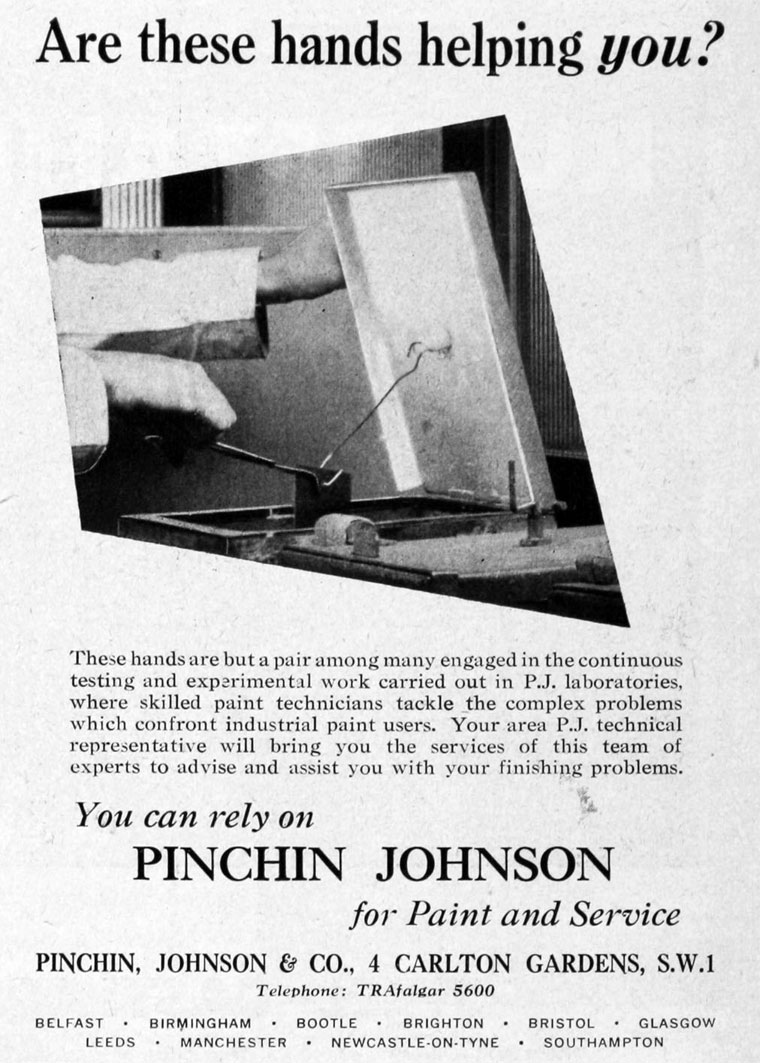 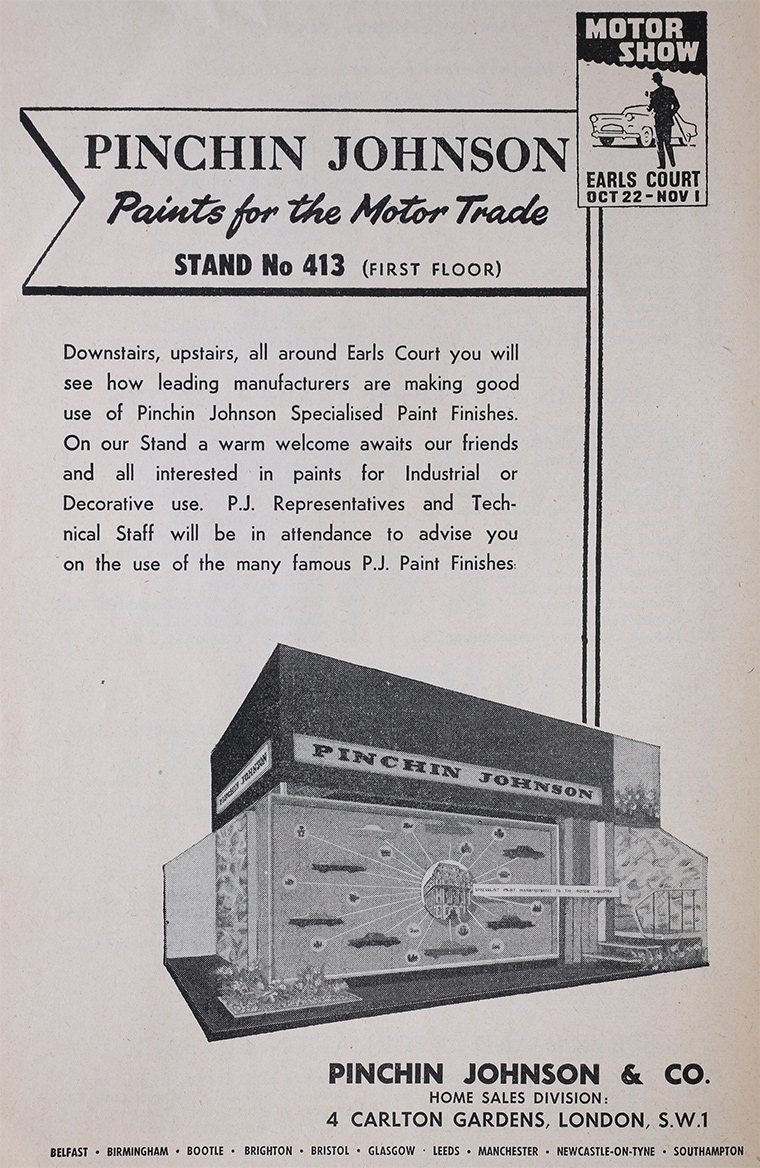 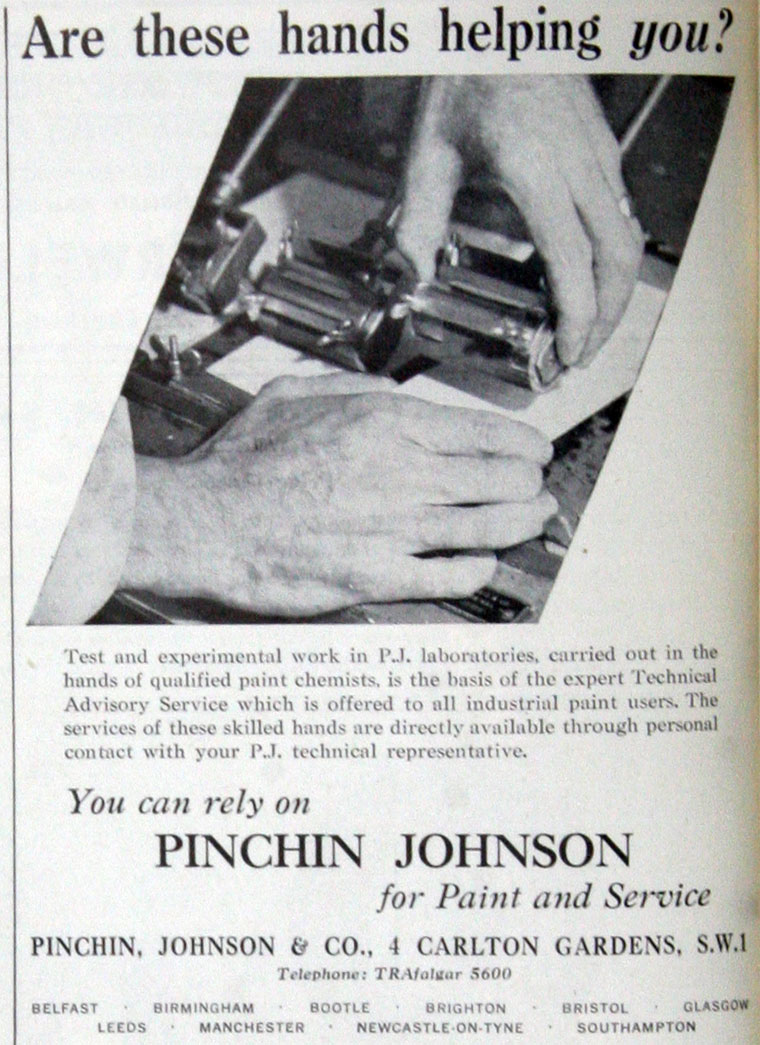 1871 Owned a seed-crushing warehouse and oil mills at Beavor Lane, Hammersmith where a fire took place[1].

1895 Distributor of varnishes, oils and other inflammable substances; experienced a fire at their premises in Cable Street, London[2].

1897 Distributor of petroleum products in the City of London[3].

1899 The partnership between Edmund Dowling, Charles Pinchin, Charles Dowling and Albert Hill, carrying on business as Pinchin Johnson and Co, was dissolved[4]

1913 Oil and colour merchants in the City of London[5]

1927 Rapid expansion by acquisition[8] including Docker Brothers[9]. Claimed to have the most extensive and up-to-date paint and varnish manufacturing facilities in Europe, technical skills and resources of a high order, plus the strength of the commercial organisation which together enabled the company to achieve success even in difficult times.

1934 Patent - Improvements in or relating to roller mills for grinding paint and other substances. [10]

1937 Patent - Improvements in or relating to rubber compositions. [11]

1937 British Industries Fair Advert for Industrial and Decorative paint finishes. A comprehensive display showing the latest developments in Decorative and Industrial Finishes, including the well-known Paints, Varnishes, Enamels, Lacquers, etc., and the unique Vigorised Wet-on-Wet Finishes for brush or spray application. (Building, General Heating and Cooking Section - Stand Nos. B.515 and B.414) [12]

1937 Specialists in paints and all protective coatings. "Vigorised" Paints and Coatings. [13]