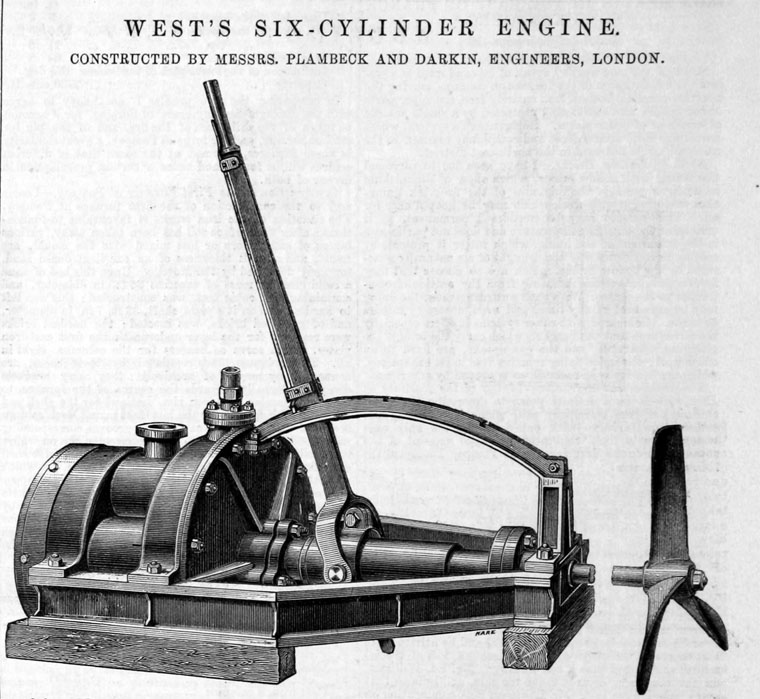 1876 Partnership dissolved between John George Cornelius Ulrich, Adolph F H Plambeck, and Frank Darkin (Civil Engineers and Machinery Agents). Business to be carried on under the name of Plambeck and Darkin. [1]

1878 Plambeck and Co exhibited one of West's patent six-cylinder engines.