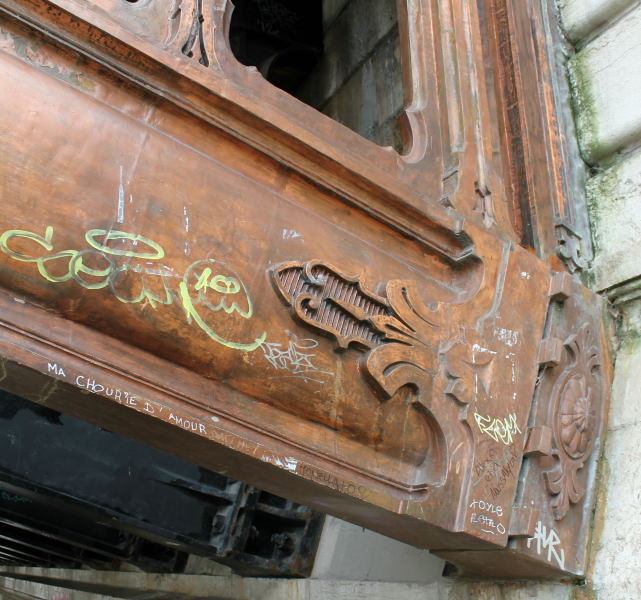 8. One of the outer cast iron arch ribs 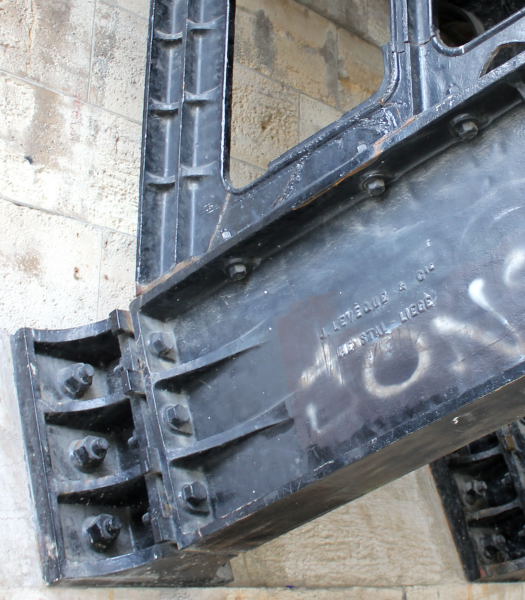 11. Several cracks visible in the thin ligaments of the spandrels 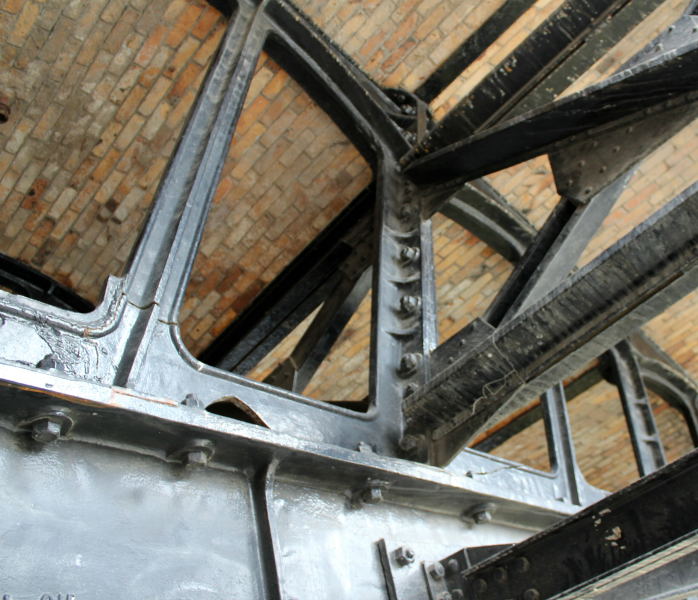 14. Indicating how the brick brick arches are supported by the ironwork

A cast iron arch bridge crossing the River Seine between the Ile de la Cité and the Quai de Montebello. The next bridge upstream is the Pont de l'Archevêché, and the next downstream is Petit Pont.

The engineers were Henri-Prosper Bernard and Jules Lax.

The iron castings were produced by J. Levêque & Cie of Herstal, Liège, Belgium.

On cast iron arch bridges, the normally-utilitarian outer arch was often made to appeal to 19th century tastes by bolting-on decorative panels. In this case the shape of the structural outer arch itself shows architectural influence (see photos 6, 8, 9).

Remarkably, the outer faces of the structure are clad with copper. The balustrades were electrolytically coated using a process developed by M. Oudry. [1]. Presumably this was the process patented by Charles Francois Leopold Oudry.