A length of one of the first chain cables to be used by the Royal Navy, made c.1808 by Brown, Lenox and Co 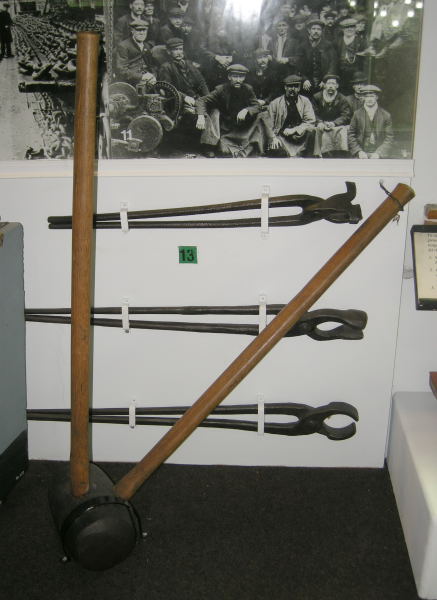 Models of products made by Brown, Lenox: three on the left made by apprentices; to the right - Quick Release Jetty Hook; Brown Lenoxx/Kue Ken Jaw Crusher

Model of Albion Colliery Winding Engine, made by Mr E R Butcher, who had worked at the colliery

This welcoming museum is located in the town centre, next to the River Taff, and immediately adjacent to the remarkable Pontypridd Old Bridge