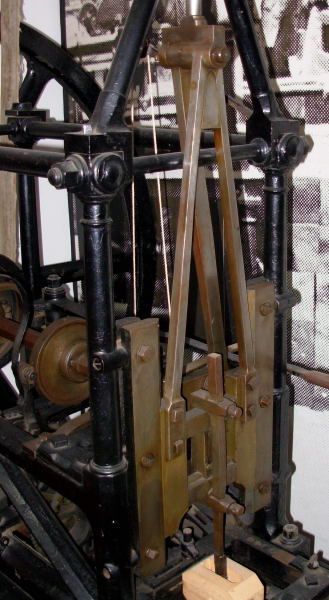 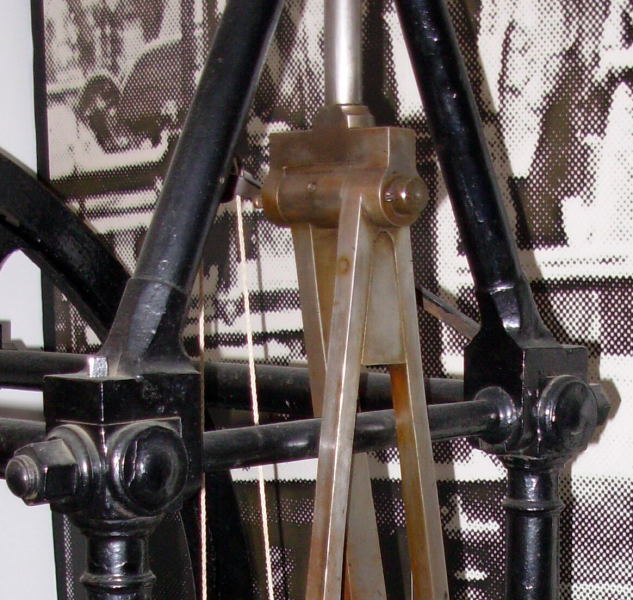 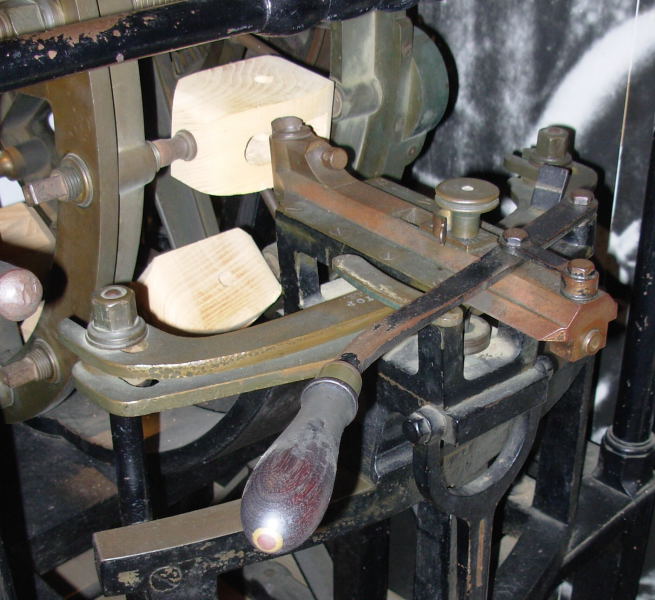 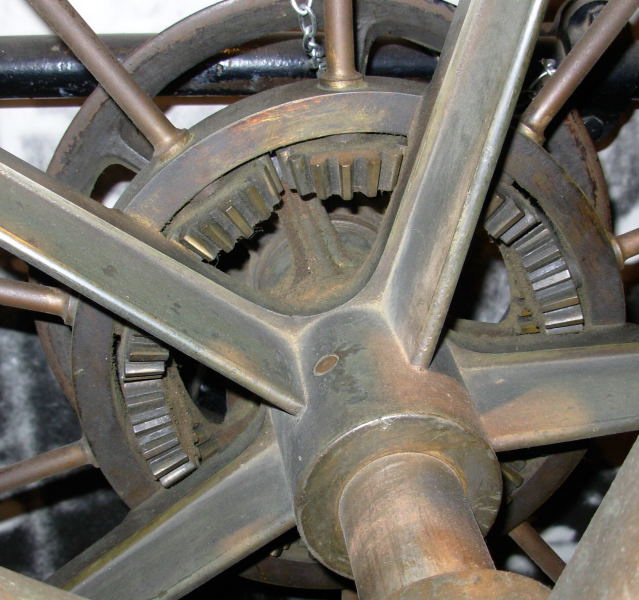 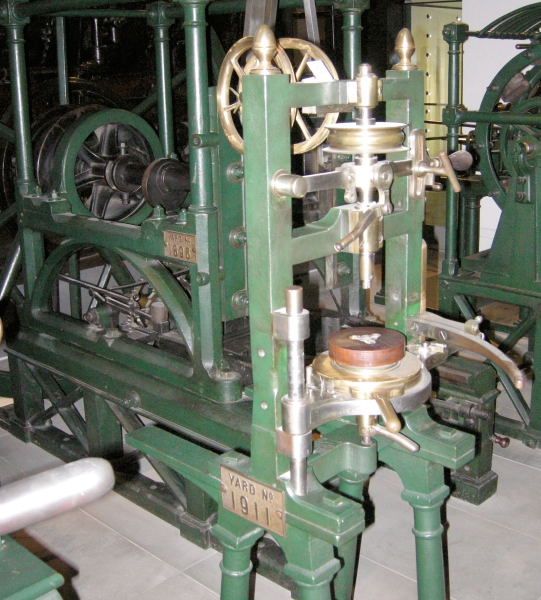 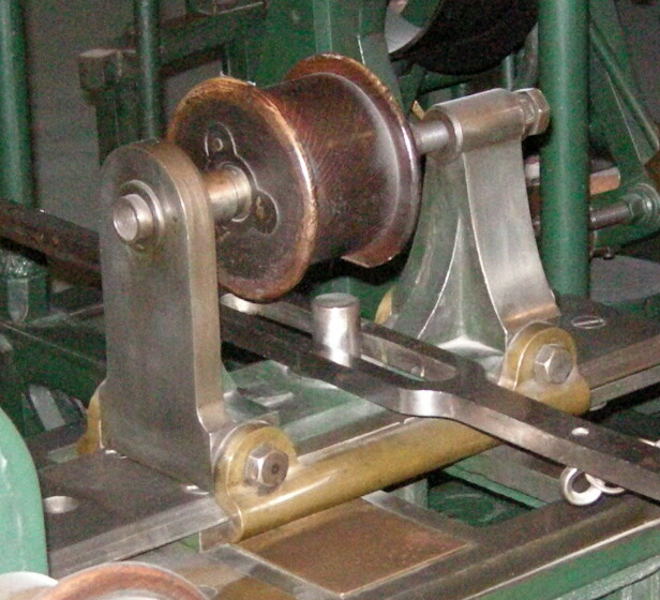 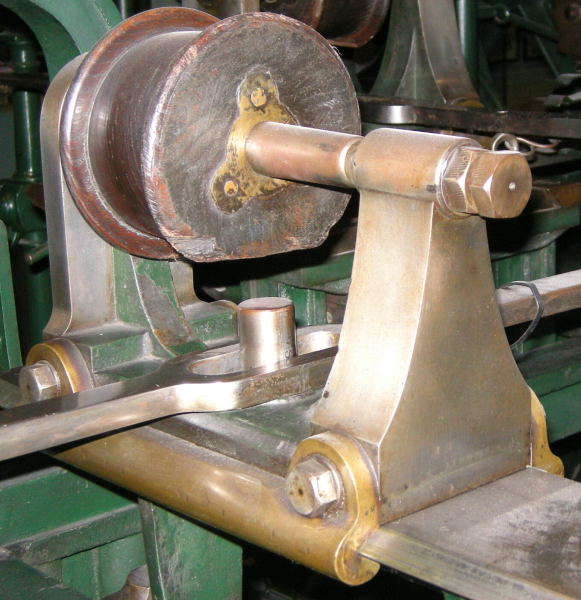 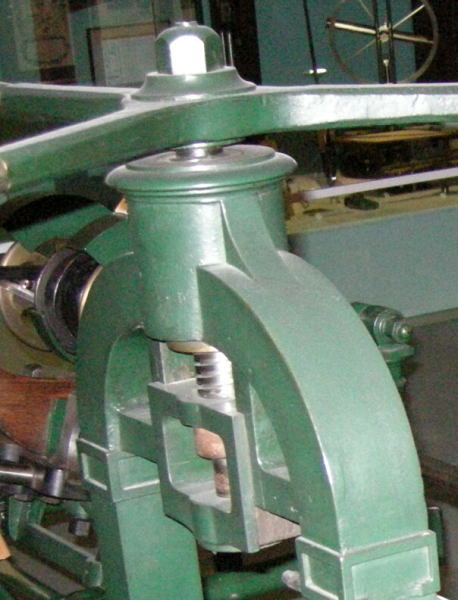 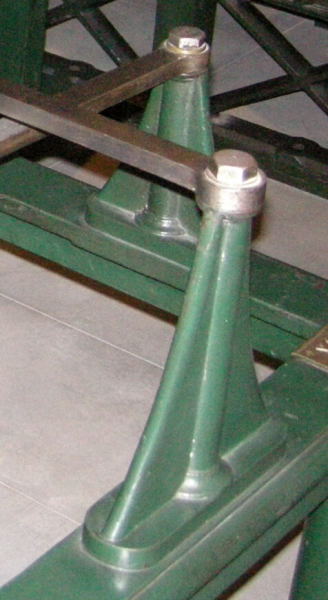 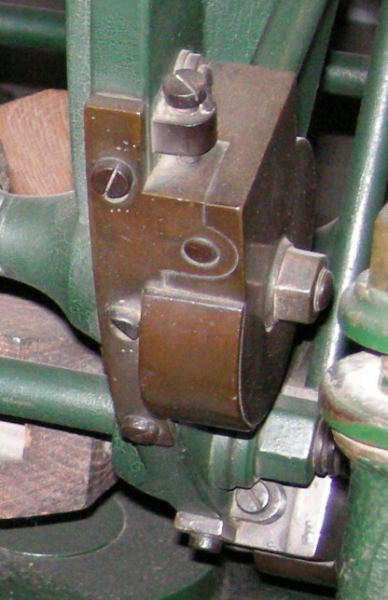 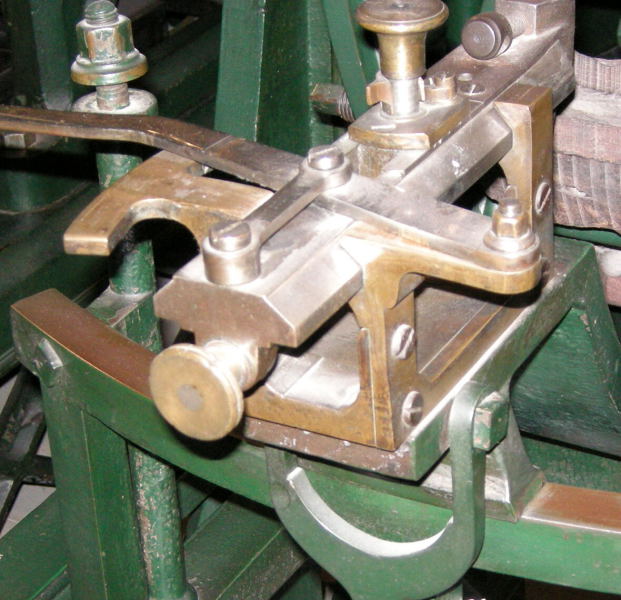 The Portsmouth Block Mills form part of the Portsmouth Dockyard at Portsmouth, and were built during the Napoleonic Wars to supply the British Royal Navy with pulley blocks. They started the age of mass-production using all-metal machine tools and are regarded as one of the seminal buildings of the British Industrial Revolution. They are also the site of the first stationary steam engines used by the Admiralty.

The Royal Navy had evolved by the middle of the eighteenth century into what has been described as the greatest industrial power in the western world. The Admiralty and Navy Board began a programme of modernisation of dockyards at Portsmouth and Plymouth, and by the start of the war with Revolutionary France possessed the most up-to-date fleet facilities in Europe.

The Dock system at Portsmouth has its origins in the work of Edmund Dummer in the 1690s. He constructed a series of basins, and wet and dry docks. Alterations were made to these in the course of the eighteenth century. One of the basins had become redundant by 1770, and it was proposed to use this as a sump into which all the water from the other facilities could drain. The water was pumped out by a series of horse-operated chain pumps.

In 1795, Brigadier-General Sir Samuel Bentham was appointed by the Admiralty, the first and only Inspector General of Naval Works with the task of continuing this modernisation, and in particular the introduction of steam power and mechanising the production processes in the dockyard. His office employed several specialists as his assistants - Mechanist (engineer), Draughtsmen, Architect, Chemist, Clerks, etc. The Inspector General's office was responsible for the introduction at Portsmouth of plant for the rolling of copper plates for sheathing ships, and for forging-mills for the production of metal parts used in the construction of vessels. They also introduced similar modernisation at the other Naval dockyards.

By 1797 work had started on building additional dry docks and on deepening the basins, and Bentham realised that the existing drainage system would not cope with the increased demand. He installed a steam engine designed by a member of his staff, James Sadler, in 1798 which, as well as working the chain pumps, drove woodworking machinery and a pump to take water from a well round the dockyard for fire-fighting purposes. This well was some 400 ft away, and the pumps operated by a horizontal reciprocating wooden spear housed in a tunnel running from the engine house to the top of the well. The Sadler engine was a house-built table-engine and installed in a single storey engine house with integral boiler; it replaced one of the horse-drives to the chain pumps. This engine was replaced in 1807 in the same house by another more powerful table engine made by Fenton, Murray and Wood of Leeds, and in turn in 1830 by a Maudslay Beam Engine.

In 1800 a Boulton and Watt beam-engine was ordered as back-up and was housed in a three-storey engine house in line with the Sadler engine house. This engine was replaced in 1837 by another engine made by James Watt and Co.

Space was very tight and expansion of manufacturing facilities was not possible, so by 1802 the drainage basin was filled with two tiers of brick vaults - the lower layer to act as the reservoir, the upper layer as storage, and the roof of the latter being level with the surrounding land, so creating more space. This allowed the construction of two parallel ranges of three-storey wood mills, the southern to incorporate both engine houses and their chimney stacks, the chain pumps and some wood working machinery. The northern range was directly over the vaults and was to house more woodworking machinery. The buildings were designed by Samuel Bunce, the architect of Bentham's staff.

While the vaults were under construction Bentham was ordering woodworking machinery of his own design, mostly up-and-down saws and circular saws. These were fitted-up in both ranges, the power to drive them being transmitted from the engines to the north range by under-drives through the upper layer of vaults, and then by vertical shafts to the upper floors of the buildings. The final drives to the machines was by flat belts running on pulleys.

This machinery was planned to cut timber for the numerous smaller parts used in ship-building, especially joinery, which had previously been cut by hand, such as components for tables and benches, as well as small turned goods like belaying pins. There is evidence that he had developed a rotary wood-planing machine, but details of this are obscure. There is also evidence that the complex housed a pipe boring machine, whereby straight elm trees were bored out for pump dales. These could be up to 40 ft long and were fitted through the decks of a vessel to pump seawater to the deck. There was a machine for making treenails - long wooden dowels used for fixing wooden parts of a ship together.

The Navy used large numbers of blocks, which were all hand-made by contractors. Their quality was not consistent, the supply problematic and they were expensive. A typical ship of the line needed about 1000 blocks of different sizes, and in the course of the year the Navy required over 100,000. Bentham had devised some machines for making blocks, but did not develop them and details of how they worked are now obscure. In 1802 Marc Isambard Brunel proposed to the Admiralty a system of making blocks using machinery he had patented. Bentham appreciated the superiority of Brunel's system and in August 1802 he was authorised by the Admiralty to proceed.

There were three series of block-making machines, each designed to make a range of block sizes. They were laid out to allow a production line, so each stage of the work progressed to the next in a natural flow. The yard between the two wood mill buildings was walled-off and roofed to form a new workshop to house the block-making machines.

The first set, for medium blocks, was installed in January 1803, the second set for smaller blocks in May 1803, and the third set for large blocks in March 1805. There were numerous changes of layout and some modification of the plant until in September 1807 the plant was felt able to fulfil all the needs of the Navy: In 1808 130,000 blocks were produced.

Brunel's patent specification shows wooden framed machines, which, while they show many of the principles of the machines actually installed bear little resemblance to the final designs. Once the contract with the Admiralty had been placed he engaged Henry Maudslay to make them, and it is clear the final designs had considerable input from Bentham, Maudslay, Simon Goodrich, (mechanician to the Navy board) as well as Brunel himself.

These machines were almost entirely hand made, the only machine tools used being lathes to machine circular parts, and drilling machines for boring small holes. At that time there were no milling, planing or shaping machines, and all flat surfaces were made by hand chipping, filing and scraping. There is evidence that the grinding of flats was also done to get near-precision finishes. The materials used were cast and wrought iron, brass and gun metal. The use of metal throughout their construction greatly improved their rigidity and accuracy which became the standard for later machine tool manufacture.

A representative selection of the machine tools are on display in the London Science Museum. Several other machines remain in situ at Portsmouth Historic Dockyard, but accessibility is unclear.

Comments on Aspects of the Machinery

The significance of the concept - the early use of special-purpose machines for mass-producing standard items - cannot be overstated. The machines themselves are noteworthy in being early examples of large-scale all-metal industrial machine tools. Also worthy of attention is the detail design, durability, and the superb workmanship of these machines. The photographs are intended to highlight some admirable aspects of the design and workmanship. Note: The black-painted machines in the photos are at Portsmouth Historic Dockyard, while those painted green are at the London Science Museum.

See here for a detailed examination of the machines (this is a long thread in the Practical Machinist forum, containing numerous illustrations and descriptions).