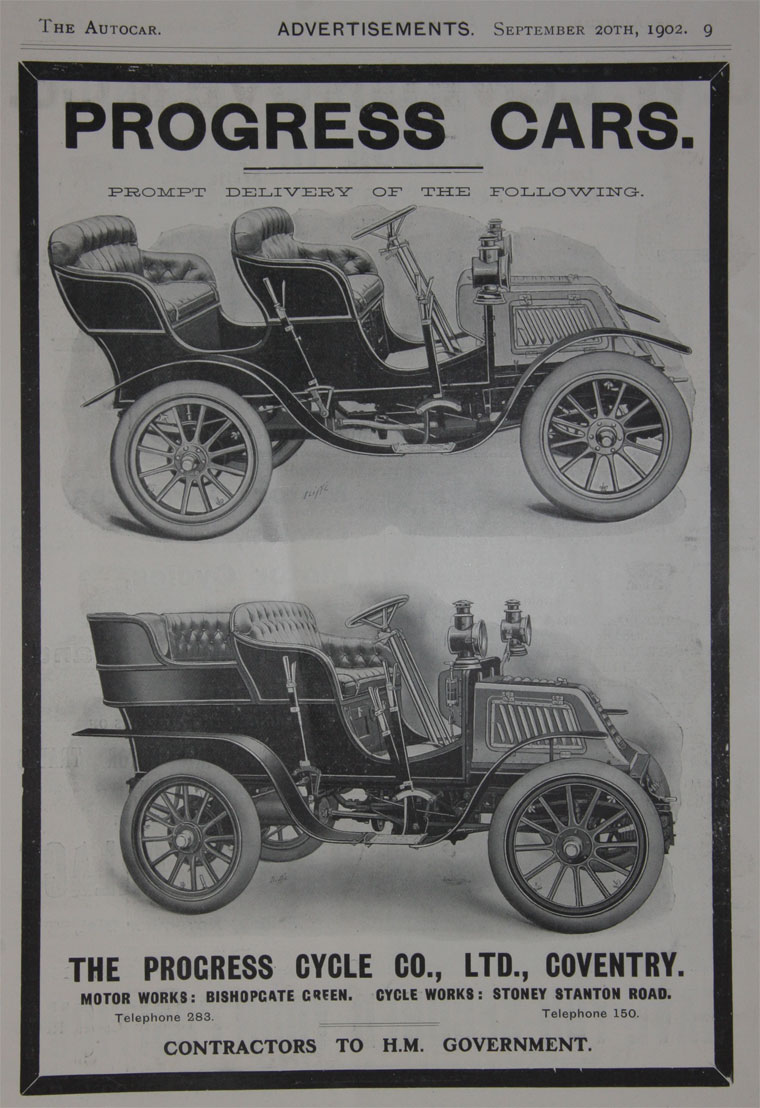 Progress were motorcycles produced from 1900 to 1905, by the Progress Cycle Co, of Foleshill, Coventry.

This company was one of several who purchased some of the first Minerva engines to come to England from Belgium. These were fitted to hang from the downtube of an existing heavy-duty bicycle.

In 1900, a machine was first seen at the 1900 Cycle Show (Stanley) in the Agricultural Hall, London. They progressed to a tricycle and a quadricycle that were either complete or conversion kits, and other engines followed.

During the Edwardian period trading conditions slumped and the marque vanished.