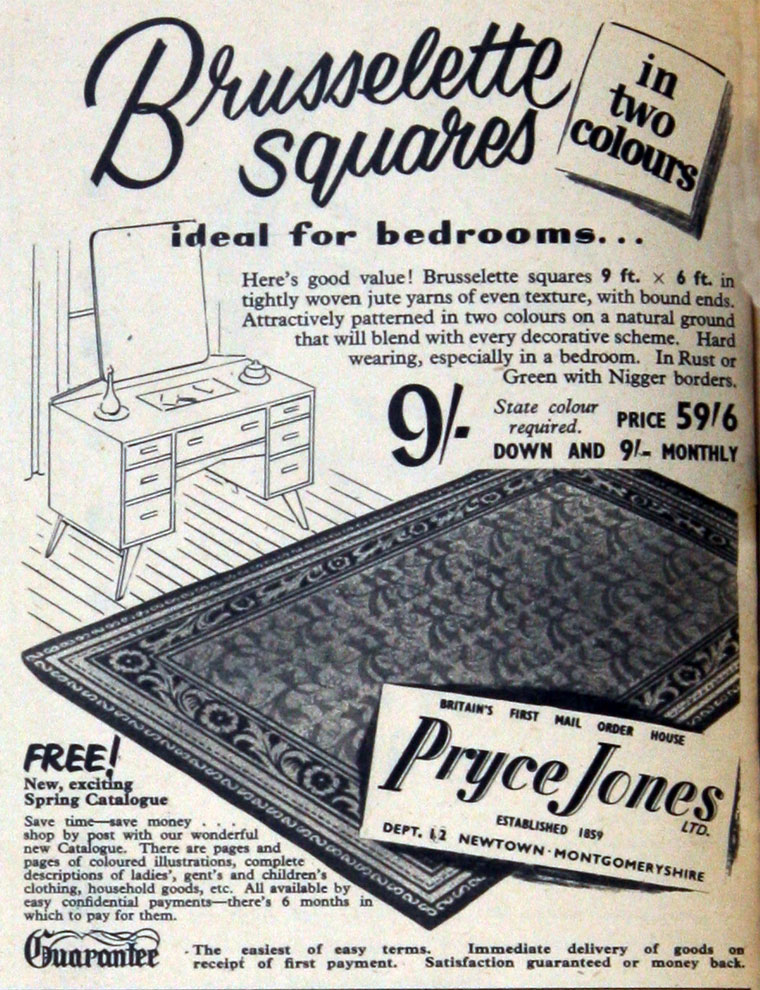 Pryce Jones started despatching goods to Britain and Europe from Newtown from his Royal Welsh Warehouse. It is believed that the parcel post in Britain was started as a result of a suggestion made by Pryce Jones to the Postmaster General.[1]

1892 The company was registered on 1 October, to acquire the business of Welsh flannel and tweed manufacturers and merchants of the firm of the same name. [2]