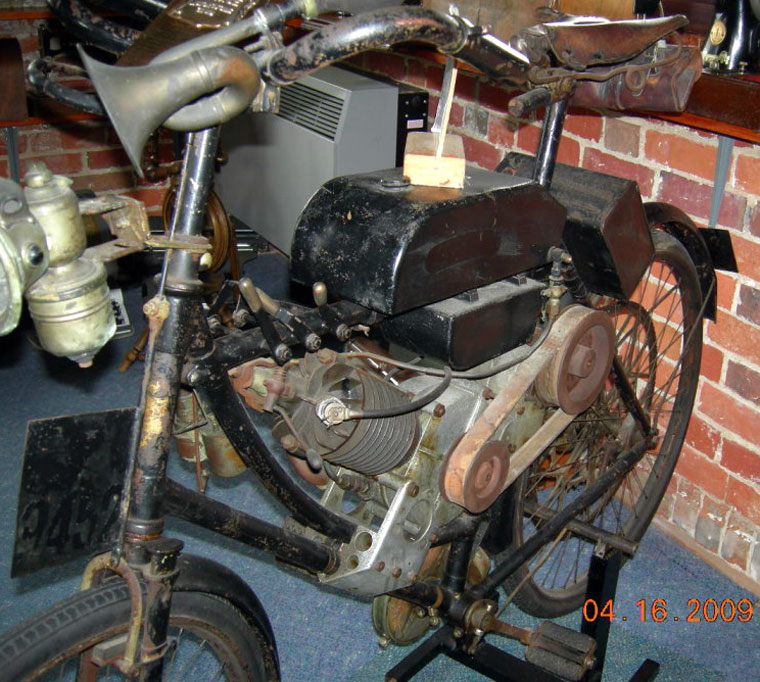 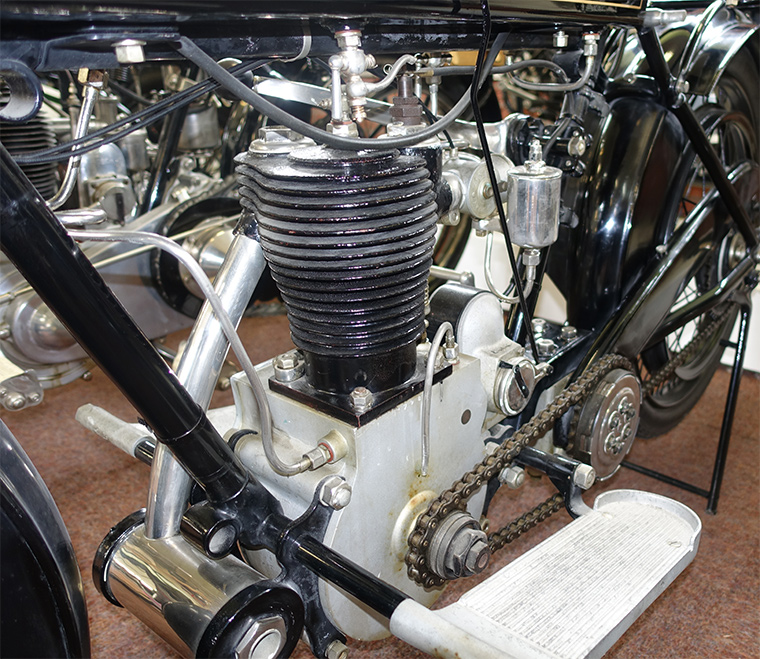 1908 Having been re-formed, the company moved to Moor Street, Earlsdon, Coventry, where they developed and produced many more models.

Post World War I to 1920. Only singles were produced - with a Sturmey-Archer gearbox.

1921 A new model appeared. This had a side-by-side valve engine and all-chain drive.

1923 A similar 624cc version was produced and the old Quadrant idea of placing the inlet valve at the back of the cylinder disappeared permanently.

By 1924 Mark Newarch and Co owned Quadrant and was producing two models only – a 490cc and a 624cc – both side valve singles, the 624cc model having been reduced from a previous 645cc engine.

1926 The sports model was redesigned and given twin exhaust ports. All Quadrant models now had a three-speed Burman gearbox.

1927 This was the final year of production for the firm that once advertised itself as the maker of 'Britain's Oldest Motor Cycle'. These machines had an enviable reputation as robust touring motorcycles, but manufacture ceased, even though the company had tried to modernize its line-up.